“She opened her home. They opened her eyes,” declares the tagline witnessed in the trailer for Philippe Falardeau’s “The Good Lie,” which shows a harried employment agency counselor (Reese Witherspoon) trading fish-out-of-water banter with a trio of Sudanese refugees: Mamere (Arnold Oceng), Paul (hip-hop star Emmanuel Jal) and Jeremiah (Ger Duany). Jal and Duany are both real-life refugees and former child soldiers whose extraordinary lives would be worthy of a film in themselves (Jal’s story is memorably chronicled in Christian Karim Jabrong’s 2008 documentary, “War Child,” available on Netflix). Yet it is the top-billed Witherspoon who takes up half of the film’s poster, her sunny close-up suggesting that this film will merely be a retread of the smash hit that gave its producer, Molly Smith, such success five years ago. Thankfully, the film’s opening moments lay to rest any fear that “The Good Lie” will follow the oft-imitated formula of “The Blind Side.”

Rather than make Witherspoon’s character the focus, screenwriter Margaret Nagle places the refugees’ story front and center, fully involving the viewer in their evolution from kids fighting for survival to adults adjusting to unfamiliar American terrain. Witherspoon doesn’t even show up until a half-hour has passed and her character avoids becoming the sort of “white savior” that imparts words of wisdom to the Lost Boys of Sudan. In fact, she’s literally pushed out of the film’s most dramatic moments, and is told at one point that she has no understanding of the refugees’ culture, though thanks to Falardeau, Nagle and a uniformly superb cast, the audience will by the final fade-out.

Duany, Jal and Smith spoke with RogerEbert.com about art imitating life, the importance of storytelling and a film debut for the ages. 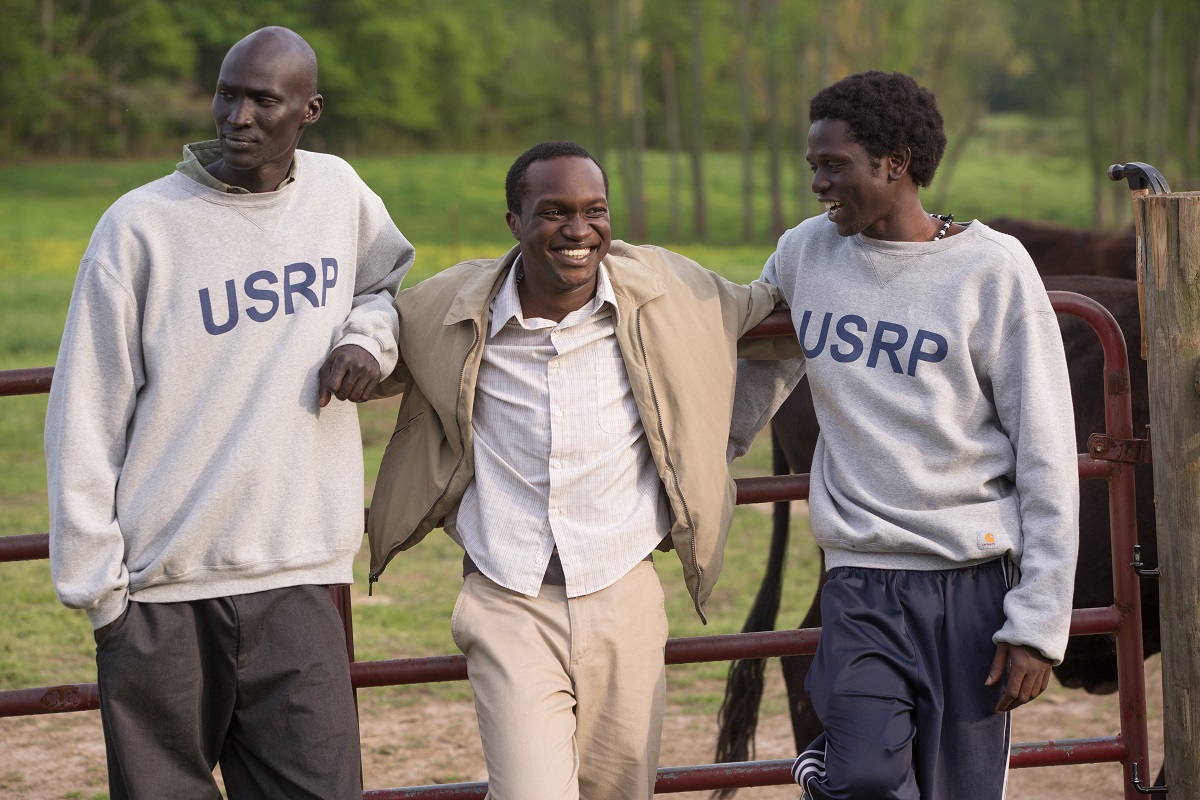 What role has storytelling played in your lives?

Ger Duany (GD): It’s very, very important. This journey to where we are now has been so long and each one of us has had to find a way to heal. I’ve always been a “sport” kind of guy. When I was in the refugee camp, I played soccer. If I showed you my feet now, you’d see that they’re still messed up from soccer. [laughs] When I came here, I picked up the game of basketball and ended up playing it in college. I realized that it helped me deal with my post-traumatic stress disorder. My story started coming out when I got better at basketball because people wanted to know about my mom and dad. I had always tucked that part of my life inside. I wasn’t ready to talk about my life until I started to act and do modeling. Then people started to become aware of what was going on in Sudan and then I began to talk about my life story. It took courage for me to open up, and it hasn’t been an easy journey. You learn how to open your heart and your conscience to all things, bad and good.

Emmanuel Jal (EJ): Stories are told for educational purposes. They’re also told to [record] history for the next generation to have. Back in our village in the days when there were no books, stories were communicated through things like poetry. What I came to realize was that stories also act like light. They put a spotlight in a dark place. It helps people know about what happened, which allows them to choose what to do in the future. When I told my story as a young person, it opened doors for many kids to be rescued. It was also used to bring food into the refugee camp. I was lucky because my mother was a teacher at that time so I had a bit of English. If I didn’t speak it properly, somebody else would translate. I’m using storytelling now for social and emotional learning. Music became the painkiller. It’s the place where I became a child again, and it’s the place where I’m able to see heaven. And now I’m introduced to acting, which is another form of therapy that I’m trying to explore now.

Refugees have had a recurring presence in the films of director Philippe Falardeau (“Congorama,” “Monsieur Lazhar”). How did he become attached to the project?

Molly Smith (MS): It was incredible that we got him involved. This script started ten years ago. It had its own journey in Hollywood and found its way into my lap two-and-a-half years ago when my partners and I were starting our own company, Black Label. What everyone may have shied away from in making this movie is the fact that it could easily be two different movies—there’s the Hollywood version and there’s the art film. We thought that was actually the greatest strength of the script, the fact that [Nagle] took you on the [refugees’] journey and literally arrived in America with them. That’s what I loved so much about it. We knew that we wanted to honor it and we didn’t want to redevelop it or force her to tell the refugees’ backstory in flashback. So we set out to find a director and we met with a lot of big names. Philippe’s agent called me and said, “You have to meet him. Have you seen his movie?” He sent me “Monsieur Lazhar,” and my partners and I watched it. We were blown away at how he could take such tough subject matter and tell it with such a poignant touch. I knew that the tone he found in that film would actually translate into this film. He’s just a really talented filmmaker. I felt really lucky that we found Philippe and that this was his first American movie. I knew that he wanted to tell it with integrity and he felt so passionate about these guys and their story.

GD: Sometimes when I reflect on Philippe and how all the pieces came together, I just can’t imagine working with another person.

EJ: He did a great job directing us. He doesn’t shout at people onset. If there’s something wrong, he’ll call you to the side. He’ll make sure no one else notices and crack a joke to make you laugh. 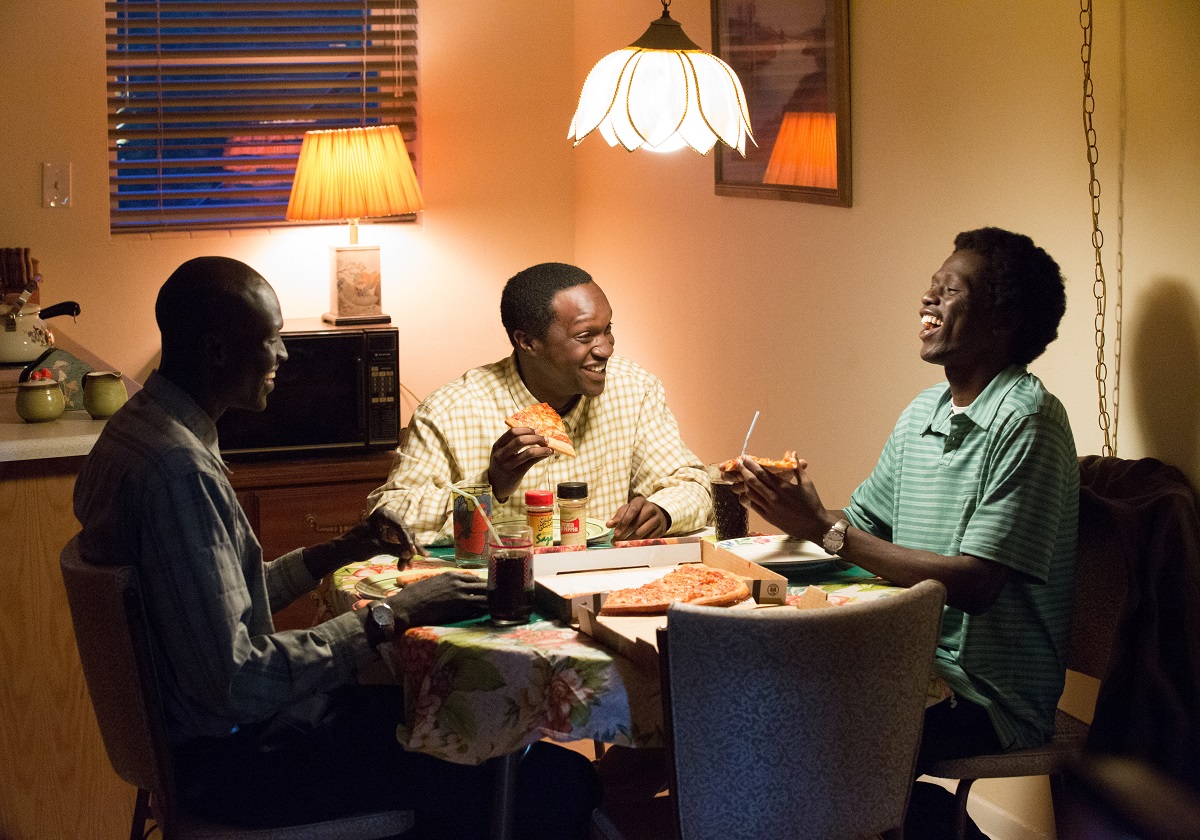 I love how the story of your characters as children takes up the first third of the film. When they finally arrive in America, the environment feels as alien to the audience as they do to your characters.

GD: The tone that those kids set in the movie resonates with us as a Sudanese people. You can see a lack of confidence in Paul and Mamere and Jeremiah when they were little kids and how they changed as they became men while still burying their own friends in the refugee camps. I see a lot of growth in their characters throughout the whole movie. The film takes you through what they went through to where they stand now. I think that’s what gripped me a lot about this story, even though it’s our story.

MS: The children are actually children of Lost Boys and Girls, and we had the parents onset. When we filmed the river crossing scene, one of the mothers was very emotional and said, “I’ve told my story to my child, and now watching him cross the river, I remember doing that with a baby on my back.”

EJ: One of the actors, the one from London, Flora [Peter Deng], was crying all the time.

MS: She was the mother of Peterdeng Mongok, who played Mamere, [and she played Abital’s mother in the movie]. They live in the UK and she was a Lost Girl. That was a very emotional and powerful experience for us, as filmmakers, to have these parents onset as a reference and they are all actually in the film as well. They all have cameos and they were amazing. That’s what this whole film was about: the truth. We wanted everything to be so authentic. 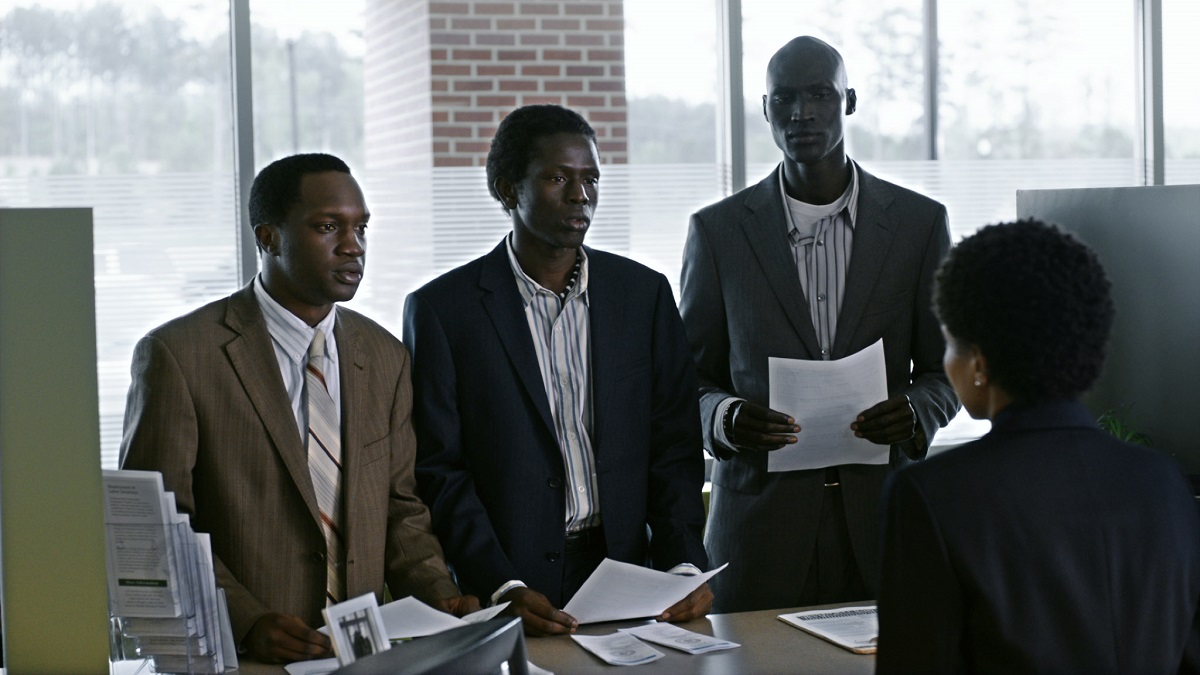 Ger, your first role was in David O. Russell’s 2004 comedy, “I Heart Huckabees,” in which you play a refugee taken in by a much different American family. What did that film mean to you?

GD: The film is about coincidence, isn’t it? Here is this seven-foot-tall Sudanese guy and [the characters] keep finding him in odd places. It wasn’t making sense to me when I first got the script but I was not the only one having trouble trying to understand it. I approached Jude Law and said, “I don’t understand this script,” and Mark Wahlberg said he was having the same problem. [laughs] I’m an African guy, I didn’t have any understanding of movies at all. I was just given a job for a number of weeks and got paid and that was it. That movie didn’t say anything about my background or where I came from, and the audience may have looked at me and wondered, “Who is this guy?” It was a prominent role and the whole movie sort of revolved around it. “The Good Lie” says a lot more about who I am and allows me to speak about it. But I learned a lot from David and we’ve maintained a relationship up to today.

MS: He’s going to be really proud when he sees this.