In 2011, director Dee Rees made a stunning directorial debut with “Pariah”—a coming of age film about a Black teen lesbian coming to terms with her sexual identity. One of the most critically acclaimed films of that year, “Pariah” was unique in showing a queer community populated by Black women—spaces usually reserved for White LGBT communities in the media. In her second feature, “Bessie,” now playing on HBO, Rees further challenges perceptions of Black female sexuality by examining the life of blues singer Bessie Smith.

Smith, referred to as “The Empress of Soul” was born in Chattanooga, Tennessee in 1894 and would become one of the highest paid performers of her time. In “Bessie,” Rees brilliantly tackles colorism, gender fluidity and respectability politics, showing an early 20th century America that was both progressive in some areas and regressive in others.

The road to  “Bessie” took more than two decades in the making. Producers Richard and Lili Zanuck first approached actress/rapper Queen Latifah to play the troubled soul singer when she was 22 years old. Originally, “Bessie” was a big screen studio project with a $30 million budget, but the deal eventually fell through. Latifah, her producing partner Shakim Compere and the Zanucks held on the project, with the script going through at least five revisions.

When Rees signed on as director, she decided to work from a script that reflected her own vision for Bessie Smith, so she re-wrote the script from scratch. “I wanted to get to the ‘why’ of why Besse was the way she was,” says Rees. For research, Rees read “Blues Legacies and Black Feminism” by noted civil rights activist and feminist Angela Davis to understand the world Bessie lived in. Rees also read “The Autobiography of My Mother: A Novel” by Jamaica Kincaid to contextualize Bessie’s grief in losing her mother when she was 12 years old.  “The book talks about ‘my mother died and there’s this void between me and the world’—Bessie was constantly putting things between her and the void.”

Gender fluidity and expression was a topic Rees was insistent on exploring in her film. “I really wanted to show the ‘sporting life.’ You had women like Gladys Bentley and Moms Mabley dressed as men onstage in Harlem. I wanted to explore the intersectionality of Bessie and Ma Rainey; they weren’t just one thing. You see them in suits, you see them in dresses, with both male and female lovers.” 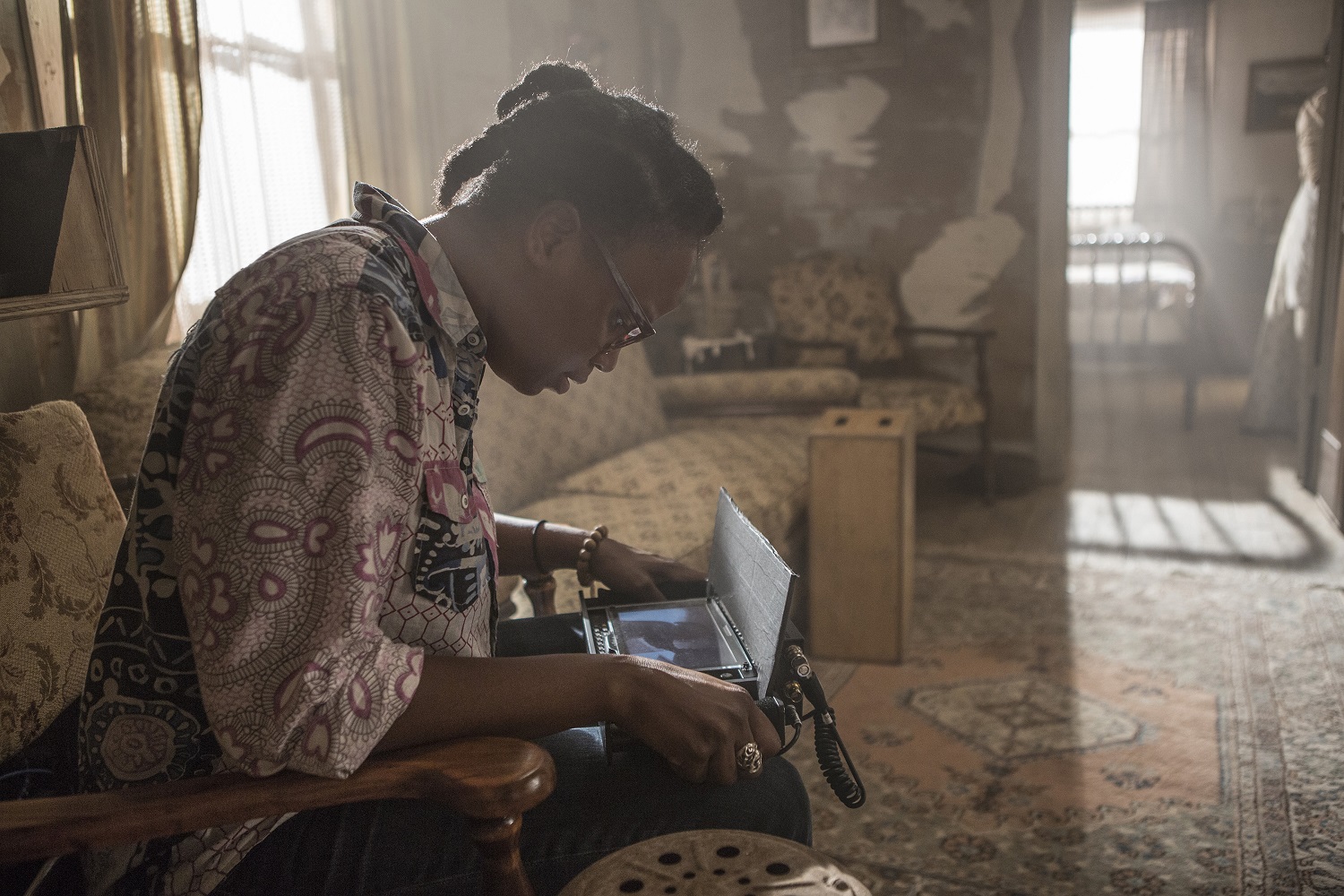 Rees also addresses the complications of colorism within the Black community. When Bessie breaks away from Ma Rainey and decides to start her own performing troupe, she uses a “paper bag” test—only hiring dancers and singers darker than a brown paper bag. Bessie also employs this philosophy in her personal life, with her darker skinned lovers Lucille (Tika Sumpter) and Jack Gee (Michael K. Williams). Bessie will soon experience the sting of complexion politics herself when Black Swan Records decides to sign Ethel Waters, a lighter skinned blues singer.  Rees notes that colorism is a battle still being fought today: “We shouldn’t be discriminating against each other, the whole light skin versus dark skin is an idea we need to break down.”

When asked about the parallels of beauty standards for Black women in music today, Rees replies, “Would Bessie or Ma Rainey be considered hot in the music industry today? Probably not. Bessie was able to define herself, show her desirability.” Rees certainly doesn’t shy away from putting Bessie’s sexuality front and center. In one pivotal scene we see Bessie come home late after a performance and remove her makeup, totally nude. "That was a scene I wrote, about Bessie taking off her armor,” Rees explains. “I talked to Latifah about it and she was game. We talked about showing Bessie’s nudity and showing the complication of self. We shot on a closed set, she saw the images and paintings we were using as references. It was the cinematographer, Latifah, and a makeup artist. We tried to keep it a quiet and warm set.”

Rees also addresses the topic of Black artists expressing themselves authentically when policed under the gaze of White mainstream audiences. Bessie is invited by Carl Van Vechten to perform for a group of New York’s elite and is introduced to writer Langston Hughes, a prolific writer of the Harlem Renaissance. Van Vechten was a polarizing figure amongst the Black intelligentsia. While he served as a patron to many artists involved in the Harlem Renaissance like Hughes, Van Vechten once described  Smith’s singing style as “crude and primitive.”  Rees explains why including this scene was so crucial: “While Langston respects Bessie, he knows she will not find the same respect from Van Vechten and his guests. But Bessie transcends that moment and ends up shaming the people in that room. While they were all fawning over some opera singer, Bessie was like, I’m going to show you I’m just as cultured as she is.”

Bessie Smith would die from wounds suffered from a car crash in Clarkdale, Mississippi in 1937 at the age of 43, but Rees chooses to focus on the struggles and complexities that made the blues singer so extraordinary. “Even though Bessie’s career was moving straightforward professionally, personally she was trying to find this love  She wasn’t accepted into certain circles of the Black community or the mainstream either, but to so many of her fans, she represented freedom.”