Robert Eggers’ “The Witch” was the most-buzzed film of Sundance 2015. Over a year later, A24 is releasing this unique period piece nationwide, bringing this strange nightmare to the entire country. Based on transcripts from witch trials of the period, Eggers’ film is set in 1630s New England and tracks a film pushed from their Puritanical community to edge of a forest that may be occupied by pure evil. The talented young writer/director sat down with us recently to talk about Sundance, Ingmar Bergman, Stanley Kubrick, the horror new wave and Margaret Hamilton.

I want to start with what it’s like to live with a movie for this long. It premiered thirteen months ago at Sundance. Isn’t there a desire of the artist to move on to new art? What’s it like to keep something like this for such a long part of your life?

I’m tired of talking about it. [Laughs] This is stuff that I’ve cared about ever since I was a kid, so it’s OK. I’m super lucky to be talking about it and to be in this situation. I mean, cry me a river. I get to be a kid running around the woods again. So cool. And I have the privilege to be able to share this thing. And I am working on other stuff. It’s not like I’m not working. It’s OK.

Let’s go back to that screening, which was the most-buzzed about that year in Park City. What’s that like? Blowing up that big at a fest like Sundance with that kind of audience response? What did that mean to you?

I had to believe in this movie to get it made. It took so long to get it made. It was very hard to find investors who believed in what the film was. People were happy to make a cheaper version. Being willing to wait it out to find the investors to do it the way I believed. I had to believe that there was a reason and that there would be an audience for this film. But I did not expect what happened. To be opening “everywhere”? I was like, “It would be awesome if we opened in New York and LA and went straight to Netflix.” That would be a victory. So, this was just shocking. Something in the zeitgeist. Even before the Eccles Theater screening, the volunteer screening, there was a gasp at this one moment that I was not expecting and I was proud of that gasp I must say. 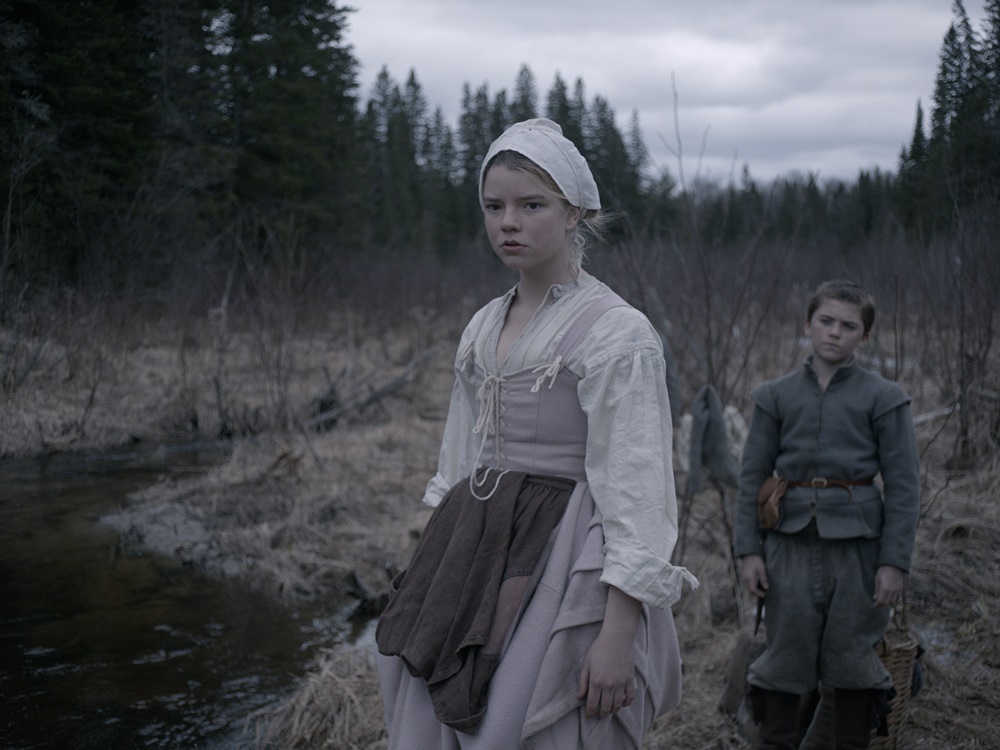 I’m interested in the zeitgeist comment. Do you think this film is being helped a bit by films like “It Follows” and “The Babadook”—this new wave horror movement that seems to be happening?

If it is, that’s cool. It’s very gratifying to be in the company of those films. I think in part of those films and “Green Room,” is an awareness that in the film climate today, people don’t want to take risks on something outside of genre, particularly if you’re an American filmmaker. So, if you want to get a film made, and you want to get it seen, how can you make a personal film that you are not compromising yourself or your integrity that can still be in the rules of the genre? I think that’s kind of something that a lot of filmmakers who are trying to start their careers or reboot their careers are looking at right now.

It’s an interesting point in that I think “personal dramas” aren’t selling but “personal horror films” certainly are.

There’s something also in common with “It Follows” in that I want to talk about sound design, which is the first thing I think of when I think of “The Witch.” 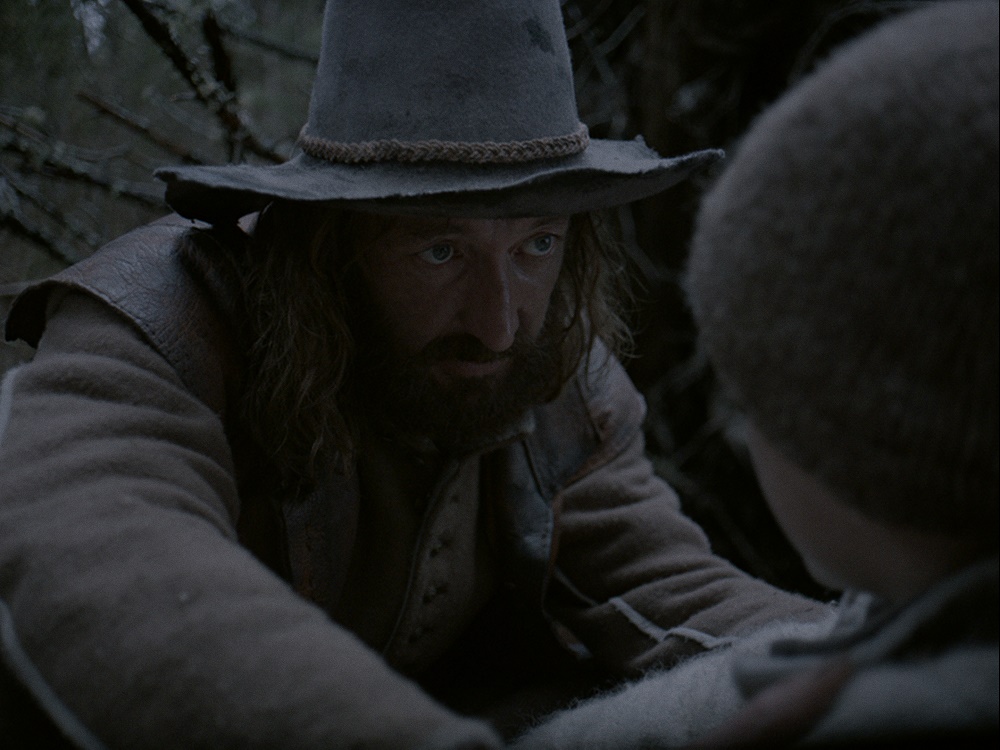 It’s an auditory experience—the score, the sound design. Can you talk a little about the importance of that to this film, one that’s relatively light on dialogue and traditional plotting?

It’s important! Nature needed to be another character. It was a lot of work. [Sound designer] Adam Stein did an incredible job and he brought more to the table than you could imagine. We had ten billion tracks of stuff and we had to just strip stuff out to find the most essential stuff, although it is quite structured. I’d also like to recognize Damian Volpe and Matt Rocker, who worked with me on my short films, particularly “Brothers,” which was sort of a proof-of-concept to “The Witch,” and took place in the woods of New Hampshire. Trying to make the trees alive. There’s a lot of texture. Wind through the branches. The post was done in Canada—some of the sounds of branches clacking are hockey sticks. [Laughs] It was a challenge. How do we keep nature always present and a little bit grating without it being so grating you want to leave? There’s a challenge to that always—experiencing discomfort but not so much that you just don’t want to be there. Although I did want psychological discomfort.

Originally, when I was writing, I didn’t want a score. I like really boring, minimalist movies. No score! Maybe if I were 60 years old I could have figured out a way to do it with no score but I felt there were certain things I was trying to articulate—certain emotional states that were so heightened—that music is the only way to get there. I was very lucky to find Mark Korven, who has this incredible knowledge of early music and dissonant stuff. He was able to do what I was looking for. I wanted to have a film with music based on 17th-century songs and played on 17th-century instruments, but then bring in this crazy, atonal dissonance with the witch and so on. Mark was vehement that we also needed voices. Thank goodness that he suggested that. We went into the film knowing it would be like that.

I want to go back a beat to the investors wanting to change things from early drafts. What did you fight for that wanted to be changed?

It wasn’t like they wanted to change things. It was just people wanted to make it for less. I really tried to find a way to do all of the historically accurate stuff cheaper, and I could not. There was a year where there was almost no movement on the film, and I was advised by a much more experienced director to get my head out of my ass and find the way to do a version of this in my parent’s backyard. So, I was all over New Hampshire, scouting and trying to sort this out. How can I do it? It just could not be done. Accuracy for accuracy’s sake, there’s no point in it, but in order for the witch to be real for audiences the way she would have then, I had to articulate this world with believable detail. And, also, to get that dread and atmosphere and that extra transportive quality, it has to feel like my memories of childhood as a Puritan. What did my dad smell like in the cornfield that day? Without ultra-specific detail, you can’t do it. Getting a bunch of fence posts from Home Depot and calling them clabbards is not going to work. 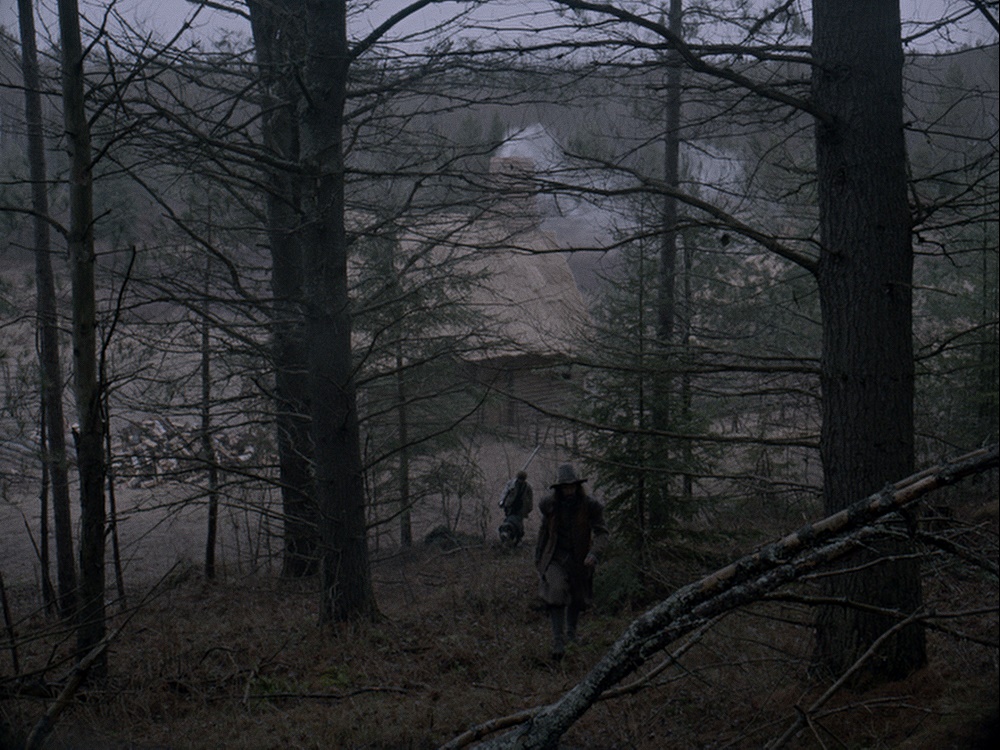 How do you get your cast in that mindset?

Partially, it was just casting the right people. When we found this team who got what I was doing, they were just like, “Cast whoever you want.” So, I wasn’t in a situation where I was working with some name who couldn’t really do the language. I only cast people for whom the language was immediate. And people who felt like you could believe them in these roles. None of them are like method, really, but they all take their craft very seriously. Ralph [Ineson] is a little more technical, Kate [Dickie] is more emotional. She just jumps into truth immediately. Very impressive and inspiring for the whole cast. They all got a heapload of research beforehand, so they came in prepared. We also had a week of rehearsals where we were working on the farm—how do you milk goats? How do you use the bell hooks? What’s the layout of the farm? And blocking rehearsals because we had such a tight schedule and the camerawork was ultra-specific. Nearly cut in camera. Our editor did an incredible job. “Almost cut in camera” sounds like she just had to slap it together. NO. It was like a nightmare for her. The first cut was like 95-97 minutes and the film is 92, so it was rough. The blocking—people needed to know what they were doing to achieve that. Luckily, because it took so long to get the financing, I was prepared.

You lived it with it for a long time. And you speak about it being “personal.” How is it personal?

There are things in the family dynamic that only my family knows. I don’t think you need to read too much into that. Write what you know. Additionally, I grew up in New England, in a rural town. And if you’ve been to New England, you see these dilapidated farmhouses and New England’s past is just around you. Really, as a little kid, in this dark, white pine forest behind my house, it’s hard not to feel haunted by the past. My earliest nightmares were about witches. I kind of had witch nightmares all through my life, realizing that now that the movie is over I haven’t had one.

I exorcised it. [Laughs.] It is true, as cheesy as it sounds. 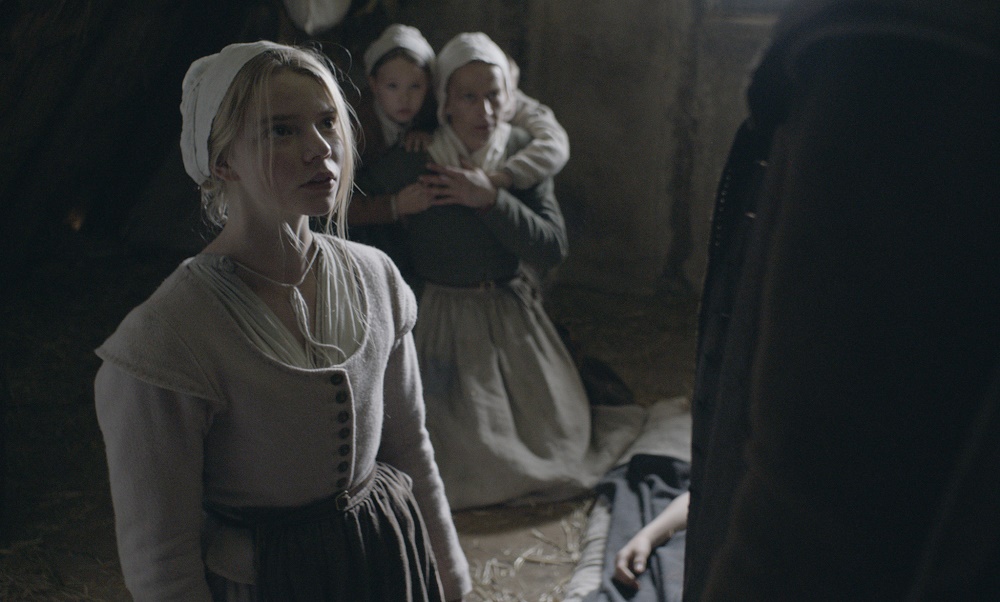 Tons of horror directors work through their own nightmares in their films. Let’s go there. Who do you admire? Who influenced this work?

I talk about [Ingmar] Bergman a hell of a lot. I just think he’s the best. Every frame is filled with such compassion for his characters that you just feel it. Also, this film reeks of “The Shining” in a way that’s kind of embarrassing. It’s juvenile, first-time filmmaker, but the film wouldn’t be successful without it. Here’s the thing—with Bergman, you’re just like “in it.” You have to watch it six more times to see it was one shot moving between the subjective perspective of these three characters and I didn’t even … that’s incredible! Also, Bergman really wants to look at the dark side of humanity instead of shining a quick flashlight on it and running away giggling.

Is that what Kubrick does?

No. Not at all. Just other horror movies. And [Carl Theodor] Dreyer is a big guy for me. I like all the canonical arthouse bullshit.

Don’t we all? There’s a reason.

I think the comparison between Bergman and Kubrick interesting with Kubrick being “cooler” in that you’re looking at the filmmaking more than the emotional experience.

Honestly, “The Shining” is kind of my favorite Kubrick movie because he’s exploiting the artificiality of cinema. The performances, in my opinion, are shitty. They are not real at all.

Yeah. Yeah. They’re awkward, stilted, over-the-top. They’re strange. They’re bizarre. Obviously, David Lynch took that cue and ran with it. But that film is so unsettling. The things that I learn from it are one thing but the things that make it unique are that and also the lack of visual horror atmosphere. That’s what makes that film genius and strange.

I can get into some Freudian stuff. Honestly, Margaret Hamilton did scare me as a little kid. She did. I was four and that scene when Dorothy is in the witch’s castle and she’s looking in the crystal ball and she sees Auntie Em and then the witch’s face appears, and I was just like “F**K THAT” and I closed my eyes but the witch’s face was still in my mind’s eye, and I was kind of like, “I cannot escape this witch.”

And this was born.