Art Cuts Through Tyranny: Zoe Kazan on "The Monster"

“Art cuts through tyranny.” That’s what Zoe Kazan posted on Thursday morning on Twitter, amid conversations that many in my profession, and I’m sure hers, were having about our purpose in a changed world. Kazan, appearing in this week’s “The Monster,” has been a vocal supporter of Hillary Clinton and a comforting voice over the last 36 hours since the election ended. It seems oddly appropriate that writer/director Bryan Bertino's film is about a real monster, a creature who’s trying to kill a mother and daughter after their car breaks down on an isolated road in the middle of the night. Her character Kathy is an addict, someone whose demons have led her to a situation in which she’s being forced to give up custody her daughter (Ella Ballentine). On a nighttime trip to do so, they become stranded and true evil crosses their path.

Kazan called us on Thursday morning, as emotional as so many of us are about the new climate, and we spoke about the purpose of art, facing fear, addiction and how the election has changed her forever.

What role does art and film and what we do play in the world that’s changed in the last 48 hours?

Well, we try. Historically, art and music and writing and film have been one of the only tools that is effective against tyranny. People have been incredibly, incredibly brave in generations before us. Progress has only come because there was bravery. I’ve been praying for our world, but I have so much faith in the people I see around me in our community. I have so much faith in the people who voted for Hillary. I encourage everyone to read James Baldwin and Malcom X and Aldous Huxley. To read Primo Levi. To read Silent Spring. To read Toni Morrison. To read Zora Neale Hurston. To read any number of amazing people who came before us. Sybille Bedford, who was a gay woman and a Jew who was openly critical of the Nazis, who wrote against them and had to move to America. There are so many examples in film. People like Ernst Lubitsch, who fled Germany. I take enormous comfort in the generations of artists who came before us and I hope that people can look to people who are outside the factory and feel inspired to do work themselves.

Thank you for that answer. And for your great performance in this film.

I have to say if people want to see two women fight against a phallic monster, this is the one.

For sure. Do you think this impacts how you choose roles in the future? Does it change you as an artist?

It changes everything for me. I called Paul [Dano], my boyfriend. He’s filming this movie that we wrote together. He’s directing it. He’s in Oklahoma right now. I called him on Election Night and I said, ‘I really hope you’re ready for me to get radicalized. I hope you’re ready for me to take our future children to rallies. And I hope you’re ready for me to become a broken record for justice.’ He’s ready. I feel really buoyed by arts. And that buoy doesn’t always come in a direct, political way. You look at a movie like “Sullivan’s Travels.” Escape is always important. It feels crazy to go to work right now. I’m in a play and I had to go and do two shows yesterday and it seemed impossible. I thought no one would show up. We had two full houses for both shows and I felt so honored to be able to do that for them. It changes everything for me.

I’ve already felt this thing in my life. Turning 30 changed me in ways I didn’t expect. For the very first time, I felt like my life is valuable. Not my life because I’m putting something good into the world or I’m well-respected in my field, but my life as a human being on this planet for a limited amount of time. I want to be with my family. I want to be with my friends. I want to derive pleasure from this planet and put pleasure back into it. I’ve already felt a shifting in my priorities in that I called my agent around that time and said, ‘Don’t send me everything. Just send me the things you think are worthwhile.’ I started turning down more work at that time. It made me feel like if I’m going to give my time to something, I want to make sure it’s worthwhile. I think this clarifies that even more. 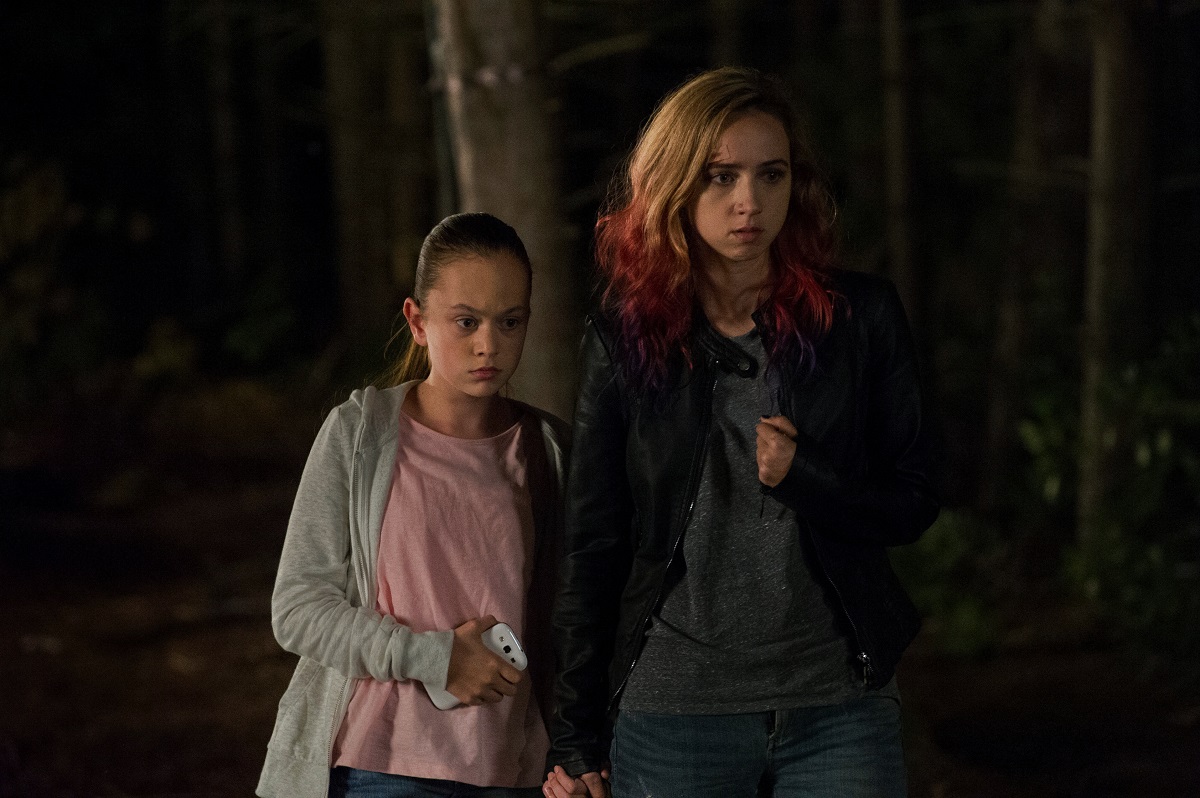 On that note, this film seems to be something very different for you in that it’s such a physical performance. How do you work to create the realism of an unreal situation like a monster movie? How do you work to make the danger feel real for us?

I think it starts with the relationship between the mother and the daughter. Kathy is in a place in which she’s taking very poor care of herself. She’s in a place of incredible self-loathing. And self-destructive behavior. It’s making it impossible for her to see past her own pain. I think that a huge part of the story is about Kathy overcoming the worst parts of herself in order to rise to action for her kid, and to express the love that she does feel in her heart, which has become something that’s painful to her. I think that emotional reality helped me get to places that are … I think that was the most challenging thing to me—you have this man in a suit and you’re aware of the performer. He can’t see or breathe very well, so you have to help and protect him as much as he’s trying to help you, at the same time conveying that you’re in fear for your life. It takes some mental jujitsu. Having Ella [Ballentine] there—she’s such an actress—and having the foundation of our relationship helped me achieve the mental leaps.

And it’s also a film about the pain caused by addiction. How much research did you do into that or have you seen that kind of thing first-hand?

I have a lot of friends who are addicts, who are in recovery. I didn’t have to speak to them for this. I have spoken to them in the past. We all have our own demons. I’ve struggled with depression my whole life. It’s very easy to demonize people in those situations. I felt an enormous amount of compassion for Kathy. It was easy for me to make that transfer, although it’s impossible for me to know exactly what it feels like in that situation.

What role does Bryan Bertino play as a director in that dynamic and how is he different from other people you’ve worked with?

I was very impressed with “The Strangers.” As much respect as I have for filmmakers who do horror, I don’t like people getting hurt on film. It’s very hard for me. So I appreciated he was able to achieve that using violence sparingly. I think that was borne out in the script and his execution. It was one of the things that attracted me to the project originally. I think Bryan was up against some very extreme budgetary obstacles. Most days he was running around trying to make everything happen within very limited time constraints. I was really proud with how much he trusted me and Ella. It was also not a situation where you’re coaxing the performance out. He was the general making sure everything kept running and then Ella and I would be in the corner getting ourselves ready for the next scene. I think he had a tremendous amount of trust and faith in us.