Arriving at a Character: The Process of Jean-Pierre and Luc Dardennes

Jean-Pierre and Luc Dardennes find a way to turn relatable human frailty and emotion into art. They have done so again with their stunning “Two Days, One Night,” a film that the critics of this site have already deemed one of the best of 2014. It opens on Christmas Eve for an Oscar-qualifying run (and there’s no justice at AMPAS if star Marion Cotillard doesn’t land a Best Actress nomination) before expanding wider next year. It’s a remarkable film about a woman forced to ask her co-workers to forego a bonus in order for her to keep her job. Her employer can’t pay both her salary and the bonuses of her co-workers. Could you do it? Could you ask people, many of them your friends, to give up money they need for you? And would you yourself give up the money to maintain workplace solidarity? It’s a phenomenal drama carried by what could be Cotillard’s best performance to date. I sat down with the film’s directors in Toronto a few months back, and they’re, even through a translator, just as funny, clever and engaging as you’d expect them to be. 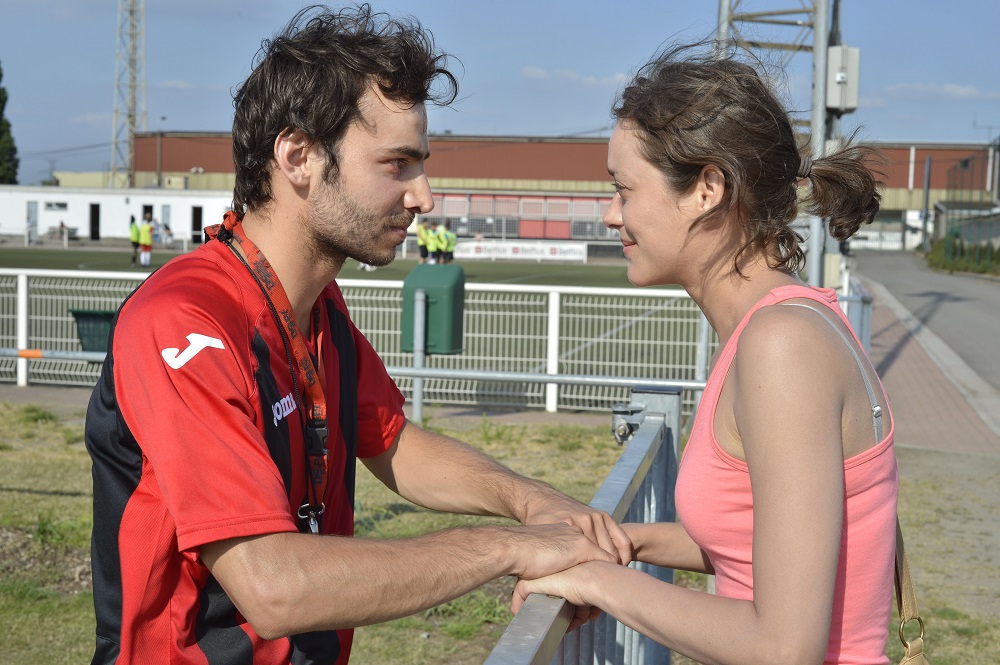 How important is a lack of moral or any other kind of judgment on the part of the audience in regard to the protagonist in your films?

JEAN-PIERRE DARDENNE: At the beginning, what we want is to show the public Sandra’s perspective. When she goes out to speak to each one of the co-workers, she’s going to them from a place of equality. The boss is not acting from a positive position—putting one against the other. Sandra is not judging. She understands. She comes from a place of solidarity. When she says she understands their decision, she means it. She’s really meaning it. She can put herself in the other person’s position.

That’s what we look to do in our movies. We’re not judging. We’re not putting the good guys against the bad guys. We’re showing how complex it is to make such a decision.

LUC DARDENNE: There’s a scene with one of the co-workers after the hospital in which she comes to him and he opens the door and says “I know, I should help you, but I can’t. At the same time, I really wish that you get the votes that you need.” It’s really going against the natural decision, if you will. You are deciding to keep your job. You need that money. You need the bonus.

With our camera, what we try to show is the same level of importance that we give to Sandra, we give to her co-workers. We’re not taking the perspective of “Poor Sandra.” On the contrary. We’re trying to understand and put ourselves in the place of someone having to make a very difficult decision. 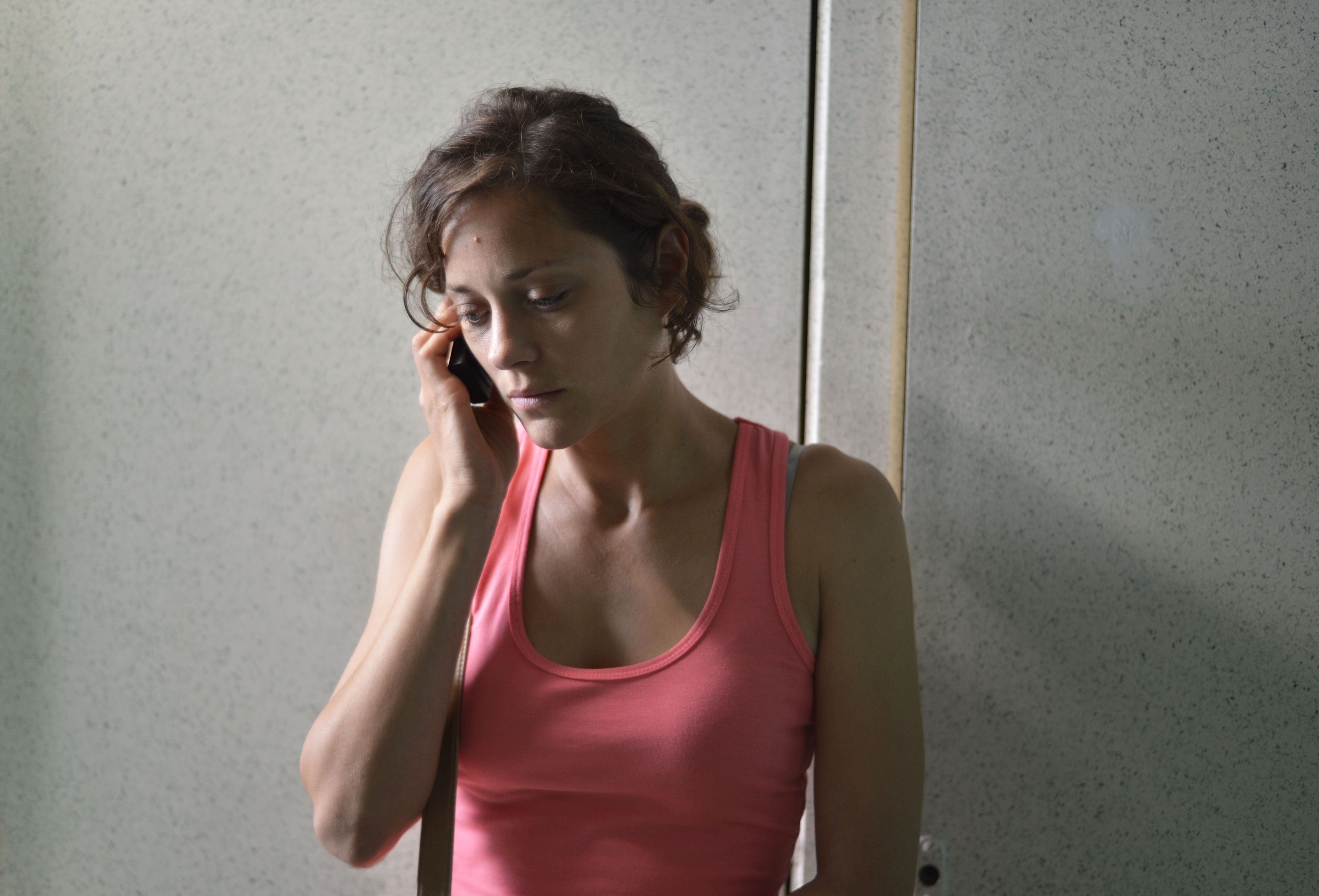 It’s a decision that’s amplified by the physicality of Marion’s performance in that she’s physically weakened, especially often in contrast to her healthier co-workers. Can you speak a little about the importance of that physicality to the character and the film’s arc?

At the same time, we can’t talk about the physicality without talking about costume—we specifically chose a pink shirt for her to wear, and that goes against the state if you will, the depression. We also chose a pair of shoes for which you can hear her walk. She has a presence. We could have chosen another pair of shoes that was more silent. She’s there. She’s alive. She’s going for it. Her presence is strong.

LD: The moments where you feel her absence, if you will, is with the camerawork. You see her appearing in the image and she’s there but in her face it’s like she’s not. She’s gone. She’s there, but she isn’t.

It seems to me to be a film in which the silence is as important as the dialogue—the moments where she’s in her own head or heart. 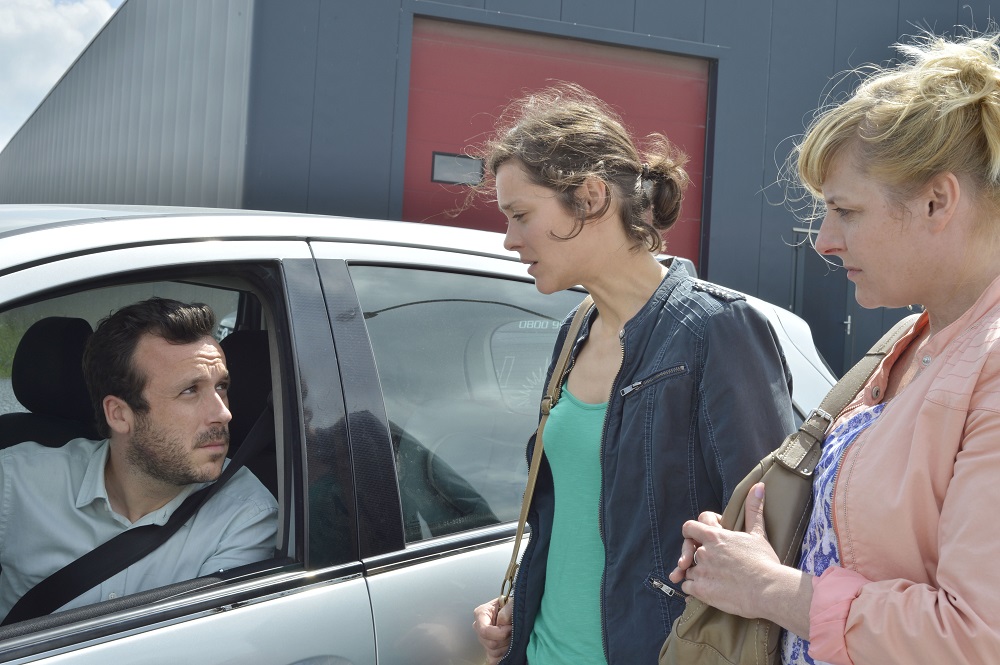 What does this film say about the working class or economic conditions that it might not have said ten or twenty years ago?

LD: It’s a little different. Ten years ago, the working class wasn’t as weakened as it is now. Nowadays, what happens is that a lot of people are in debt because their salary just goes to pay their debt. To sustain the house, to sustain the car. It’s the debt that is the social insecurity that people are living in right now. It makes it very difficult for them to have solidarity [as a working class]. A thousand or two thousand Euros can be really needed. To go on strike [is too difficult].

How does casting Marion change the film from your traditional process or does it?

JD: Working with Marion, she brought some things to the character, but it’s organic. We don’t start by saying “Sandra is like this, this and this” and Marion doesn’t arrive saying “Well, I’m going to play Sandra like this.” Through six weeks of rehearsing, the way we rehearse, it’s more a process of discovering who this character will be. Oftentimes, it’s more taking something away, making it more simple. We have a script that is determined, but we don’t have a fixed idea. It’s like working with clay. You know you’re going to make figures with this clay, but it’s not exact. It’s working with it that the true character will be discovered. We’ll arrive to this character. It is like bringing to life people that don’t exist. We start this process, but, in the process, is what makes it complete.

Has it been the same process on every film?

Was the process here different at all?

JD: It’s not exactly all the same, but it’s the same process we work all the time. 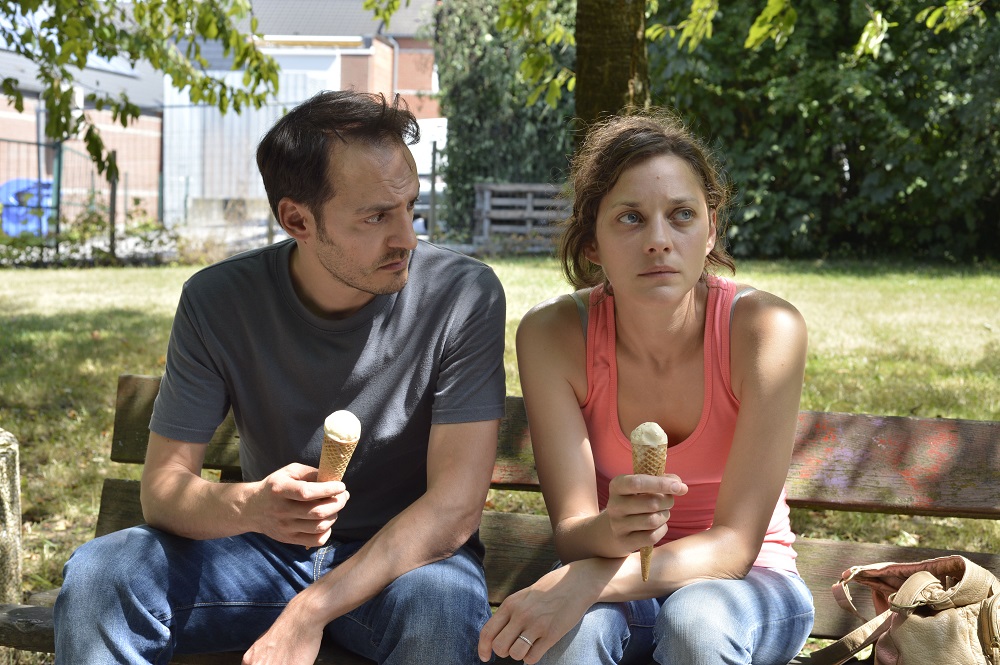 Who wins fights between the two of you?

Are there any artists or writers or filmmakers that inspired this film in particular or your work in general?

JD: For “La Promesse,” it was Toni Morrison. For “The Kid with a Bike,” it was a Beethoven concerto. There are films we saw and saw again. Rossellini. We have some invisible rules. It’s difficult to say.

LD: For us, we don’t make too many movies. We make a movie every three years. We need that time to re-nourish ourselves. TO talk to other people. To talk to each other. The time is to renew ourselves and feed ourselves.

JD: For this film, it was Daewoo, a character in a novel by Francois Bon. It’s about a strike in France. The leader of the strike committed suicide. It’s very strange because she was, after the strike, she was alone.

LD: It’s based on true facts but the way the novel is written is more of a reconstruction. The character will go and talk to other people about this lost life. It’s more similar to “Citizen Kane,” a journalist trying to recreate a life.

Do you know what’s next?

JD: (Laughs). No, no. Maybe about a young man talking to two directors in Toronto… (Laughs).