Day 4 of Toronto is when I start getting cranky. Too much pushing, shoving, rushing and waiting can get to a person. So can lack of sleep and an all-popcorn and canapés diet. And this year's Sunday was no different.

Maybe I am simply getting tired of films that revolve around a pair of men—friends and foes, comic-book crusaders and villains, mentors and protégés, animated heroes and sidekicks, doesn't matter—and their manly problems.

Don't get me wrong. I love men. My husband and my dog are both fine specimens of the gender. But Hollywood studios could have saved themselves a lot of money just by using cardboard cutouts instead of living-and-breathing actresses in both the WikiLeaks wallow "The Fifth Estate" and "Rush," Ron Howard's Formula One racing-rivals saga that had its gala premiere last night. 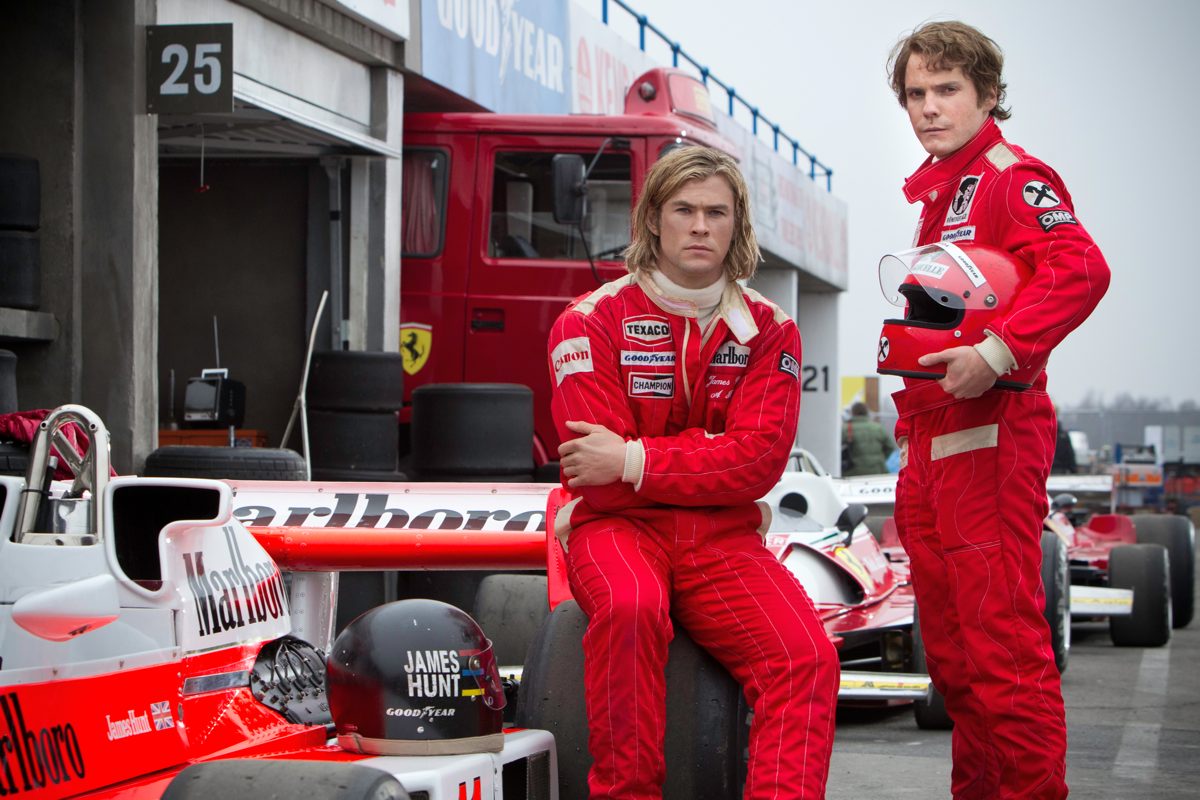 The all-male lineup of critics currently posted on Rotten Tomatoes (100% positive for now) is waxing enthusiastic about the '70s-era account of the intense rivalry between polar-opposite drivers, the charming English playboy James Hunt (the strapping and striking Chris Hemsworth) and the scowling Austrian brat Niki Lauda (Daniel Brühl, who maintains his Teddy-bearish appeal even while playing an ass).

Perhaps the fact my brother didn't let me play with his Matchbox cars when were kids killed off much of the joy others get from speedy vehicles that go vroom-vroom. All I know is that the constant posturing, bravado and one-upmanship onscreen in "Rush" wore me down, despite Howard's admirable efforts to put the audience behind the wheel and feel the rush of the title.

An observation offered by Sandra Bullock while onstage at the splashy public showing of Alfonso Cuarón's stunning "Gravity," a "Castaway"-in-space thriller that orbits around its leading-lady's well-honed talent to move us, especially struck home. She thanked her director, noting that her role "could have easily gone to a man."

Should someone like Bullock, a proven draw and an Oscar winner beloved by the public, have to go around being grateful? They should be thanking the likes of her. After all, "The Heat," her summer buddy comedy with Melissa McCarthy, brought in almost $160 million at the box office. That is more than three times as much as her "Gravity" co-star George Clooney and Ryan Gosling could summon by teaming on 2011's "The Ides of March."

The antidote to such grousing? Getting my Dench on with a chaser of Coogan. Relief arrived in the form of Stephen Frears' "Philomena," the true story of a retired Irish nurse who decides to search for the infant son she gave up for an adoption in the '50s as an unwed teen staying—actually, more like trapped—at a convent. 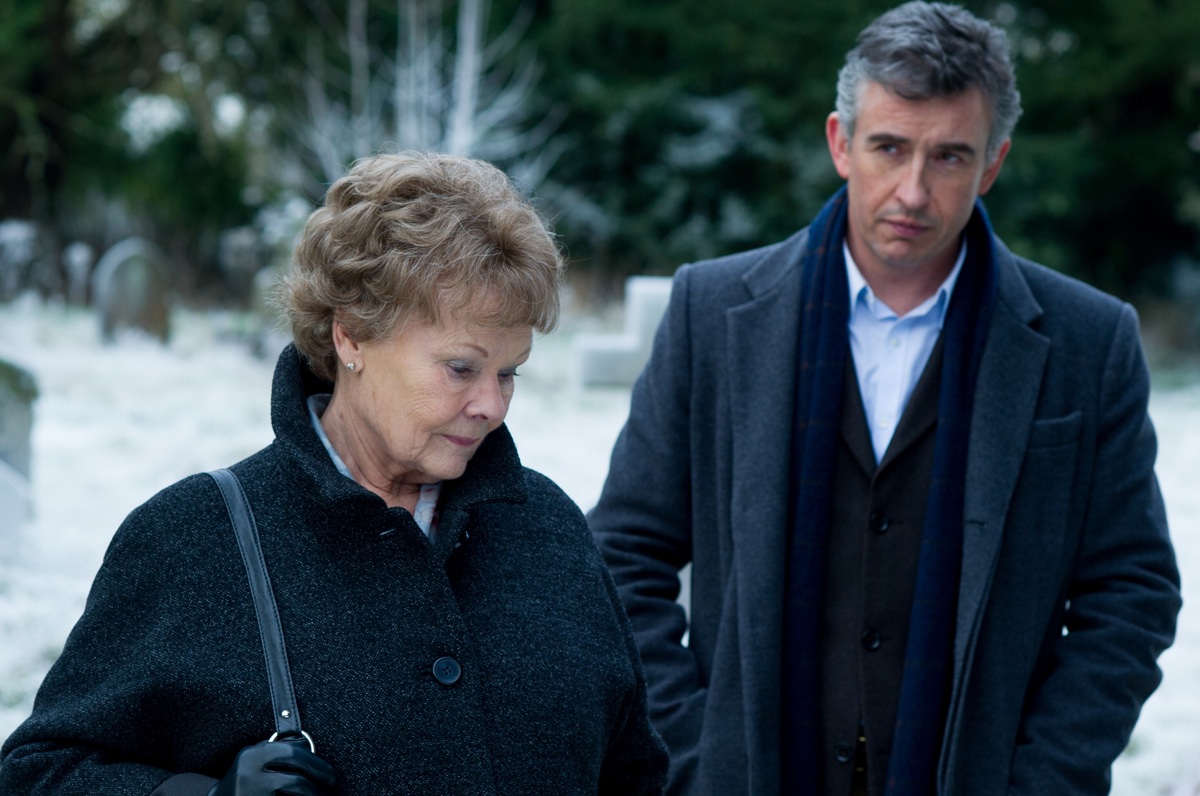 Funny man Steve Coogan, doing a nicely toned-down version of his usual snobby boors as a former BBC News reporter, and Judi Dench, substituting her cool imperiousness for a warm hominess as her Philomena agrees to have the sarcasm-prone journalist write about her quest, strike the perfect odd-couple rapport.

At the same time, the past and present hypocrisies and abusive conduct of the Catholic Church comes to the fore—though Frears tempers the attack through Dench's open-hearted Philomena, the better to maintain his movie's crowd-pleasing ability.

I thought the sight of tears gracefully cascading from Bullock's eyes only to float away into zero-gravity 3-D space in "Gravity" would be my favorite takeaway from this year's festival. But it was topped by Frears' numerous lingering close-ups of Dame Judi's decidedly 78-year-old face, each line and wrinkle a testament to enduring strength and beauty. Now that is what I call a real rush.