How can you run for office and have anything left?

"The Ides of March" tells me something I already knew: that the experience of running an American political campaign is crushing for body and soul. By the time a winning candidate survives more than a year of primaries and the general election, it is a wonder he has the strength remaining to govern. The film also raises the question of whether it is possible for any candidate to win and yet remain true to his original values.

Although the movie stars George Clooney, well-known as a Democrat, it doesn't target or even really consider Republicans. It takes place entirely within a Democratic primary campaign, and although our feelings about who is good and bad may evolve, they're all Democrats.

The central character is Stephen Meyers (Ryan Gosling), who as a press secretary is required to more or less lie as a living. He works for Pennsylvania Gov. Mike Morris (Clooney), an idealistic liberal. Philip Seymour Hoffman is Paul Zara, his seasoned campaign manager; Michael Mantell is Sen. Pullman, Morris' opponent, and Paul Giamatti is Tom Duffy, Pullman's campaign manager. A strong cast. Perhaps because the screenplay is based on a play ("Farragut North" by Beau Willimon), it contains some front-of-the-stage monologues that Hoffman and Giamatti make plausible under the closer scrutiny of a camera.

All of these men, except young Stephen Meyers, are realists. They're cynical, compromised and sometimes underhanded, but all in the cause of something they believe in. The Gosling character believes mostly in himself. Like many staff members of powerful men, he confuses reflected glory for the thing itself and dreams not so much of Gov. Morris winning as of being able to rise in the staff ranks and take over Zara's job.

This all happens in the pressure-cooker atmosphere of the Ohio primary, where the big picture is painted in tiny vignettes: campaign stops, hand-shaking, speech writing, sleep loss, and bone-deep exhaustion that drives the characters almost to the breaking point. Imprudent sex under these circumstances is explicable, and Stephen puts the moves on a young intern named Molly (Evan Rachel Wood). This allows him to use her naivete to learn information she doesn't realize she should ever, ever share. He also develops a cagey relationship with a journalist (Marisa Tomei), as they work each other for information.

The screenplay, written by Clooney, Grant Heslov and Willimon, is ingenious in the way it meshes personal and political ambitions, especially when Duffy, the manager of the rival campaign, reaches out and tries to recruit Stephen over to his side. His motives are suspicious: Does he really want the guy, or does he know that a job offer is a useful ploy? Certainly Stephen is on the make and looking for openings to his advantage.

Clooney as director seems attracted to stories about smart men under pressure ("Good Night, and Good Luck," "Confessions of a Dangerous Mind"). He draws back from action and plunges into intrigue. Here he conceals certain of Stephen's inner workings (some planned, some improvised) to great effect, as the young man reveals an amorality that surprises even the hardened pros he works under. The last shot of the film, a closeup of Ryan Gosling, held for a long time, is chilling.

The movie really reveals no new information. Now that campaign managers shuffle between cable news shows and write their own books, few secrets stay in smoke-filled rooms (and besides, hardly anyone smokes anymore). There isn't the feeling, as there was with "Primary Colors" or "Nixon," that we might be getting the inside story on actual candidates. "The Ides of March" is more about the nature of modern media politics, and younger players who are strangers to idealism.

The movie's strength is in the acting, with Gosling once again playing a character with an insistent presence. In roles as different as this one and "Drive," he has a focus that sees through others and focuses on his character's goals. That intense conviction works in many ways; remember him in "Lars and the Real Girl," where he played a secretive loner who fell in love with a love doll and found this companion a help in re-entering society.

Hoffman has a great scene here with Gosling, in which he discovers the true nature of his situation. Jeffrey Wright has a small but important role as Sen. Thompson, whose influential endorsement cannot be bought but may be available for rental. Clooney the director brings his actor's experience to the job and attends closely to performance. The impression remains, however, that he believes this movie to be more of an expose than it is. The next presidential election is more than a year away, and yet many people seem already worn down by it. 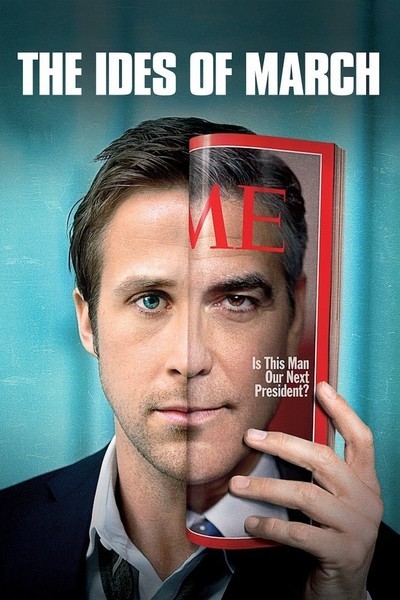