Masaharu Fukuyama is one of the most popular singers in Japanese history, and he’s parlayed his fame into a remarkable, growing film career, appearing at this year’s TIFF with two of cinema’s most important voices, John Woo and Hirokazu Kore-eda. What’s even more remarkable than the double feature is how little the films have in common other than their star. The Woo is a bonkers action movie that borders on parody while the Kore-eda is morally gray courtroom drama about the difference between law and justice. Neither will ever be mistaken for these filmmaker’s best work, but they will also neither be mistaken for anyone else’s. They both work with themes and filmmaking techniques these filmmakers have used for years. And they both happen to star the same music idol.

Everyone’s talking about the bonkers cinema that is “mother!” but John Woo’s “Manhunt” is a whole pile of crazy as well. It’s a defiantly silly movie, one that sees Woo literally rehashing some of his greatest hits, tongue firmly in cheek as he does so. The opening scene of the film features a discussion of classic films before bursting out in a slo-mo shootout. Woo is making it clear—don’t take this movie seriously, and we’ll have some fun. Tracking sniper bullets, birds that literally interrupt a fight scene, a water vehicle chase scene, weird cuts and fade outs, transitions that look like background for karaoke videos—“Manhunt” is nuts. But not always in a good way, and not as invigorating as it may sound. Those calling it a return to form for Woo aren’t quite right. Yes, it’s fun to see him playing in a register that recalls “The Killer” and “Hard Boiled,” but this is nowhere near as refined as one would hope.

Fukuyama plays a police captain who basically stumbles into the case of his life in this remake of a ‘70s Japanese thriller. A successful attorney from China named Du Qiu (Zhang Hanyu) wakes up after a company party to find a dead girl in his bed and a bloody knife in his hand. The cops burst in, and then things get even worse when one threatens to kill him, making it look like he tried to escape. Du breaks free and goes on the run, but what starts as a riff on “The Fugitive” becomes something much stranger. Let’s just say there are genetically-enhanced assassins involved.

There are some great set pieces in “Manhunt,” including the climactic fight sequence, but it feels like there’s something not coalescing throughout most of it. The action choreography isn’t tight enough, the editing feels off rhythm, much of the sometimes-English dialogue sounds stilted and poorly dubbed—there are a lot of ingredients here for a good movie but they don’t come together to form one. It’s a dozen movies thrown into a blender, but Woo didn’t hit puree long enough. It’s too chunky. 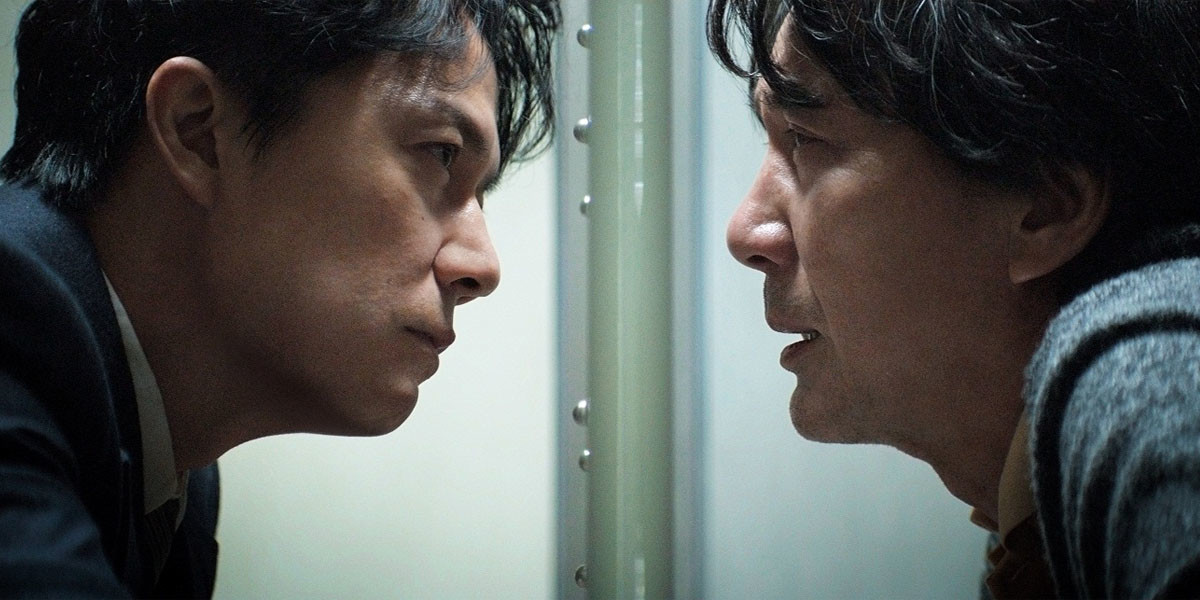 To say Fukuyama’s other TIFF film is in a different key would be a massive understatement, but it's also a better film. The star of “Like Father, Like Son” reunites with Hirokazu Kore-eda for “The Third Murder,” a sometimes profound film about a legal system that doesn’t often allow for actual karmic justice. It’s a good film that falls short of the masterful director’s best work by virtue of being too leadenly plotted in the second half, when it turns into a surprisingly flat courtroom drama. There’s still enough moral complexity at play to keep the film interesting, but this is minor Kore-eda.

Fukuyama plays a famous defense attorney named Shigemori, who willingly takes the tough case of Misumi (Koji Yakushko), a man who murdered his boss. We know he did it. He’s confessed to doing it There’s little mystery there. But the reason why he did it is important to his sentence. Killing a man for money results in a harsher sentence. That’s what Misumi first claims he did, but Shigemori quickly discovers that the victim’s wallet had gasoline on it, meaning he took it after he decided to kill and burn the body—not typical if the crime was for financial gain. And then it looks like the victim’s wife may have wanted him dead for the insurance money. What is going on here? And how does the victim’s daughter play a role?

Kore-eda often works very deliberately. Films like “After the Storm” and “Nobody Knows” (two of his best) could be called “slow,” but there’s a profound urgency to them in terms of subtext and character. One always gets the sense in Kore-eda’s best films that even the quiet moments have great purpose. That’s lacking here a bit, especially in the courtroom, but never to a completely damaging degree. I wish “The Third Murder” was tighter, but it’s still worth seeing, especially for fans of one of our best living filmmakers, and fans of its hard-working star.