There were people who must have doubted a young American actress in the director’s chair. But could Greta Gerwig’s “Lady Bird” be anything short of fantastic? Her turn as writing collaborator on “Mistress America” and “Frances Ha” alongside director Noah Baumbach confirmed something her fans already knew, that the actress had many more talents awaiting the right opportunities.

With “Lady Bird,” Gerwig has proven that she’s equally adept behind the camera, allowing her personal experiences to inform this upbeat, charming coming-of-age comedy about a high-school senior whose ambition exceeds her family’s modest circumstances. The specific time period (the early 2000s, when Gerwig would have graduated from high school) and Saoirse Ronan’s mannerisms as being downright “Gerwigian” pretty much confirm that the story has autobiographical components. Ronan plays Christine, a girl with the kind of wit, zeal, and hormones that make her quickly outgrow her small suburban home “on the wrong side of the tracks” and Catholic school upbringing in boring ol’ Sacramento. The film’s got a slew of teenage-girl drama beats—dumping her bestie for the popular kid, dating the cool guy who ends up not being so cool, screaming at her mom who’s trying to do right by her but who’s also annoyingly cloying—but somehow Gerwig manages to make the many emotional arcs and moving narrative parts all work flawlessly.

This perhaps has to do with the frenetic speed with which “Lady Bird” moves—by the way, that’s the name Christine pretentiously has taken on in order to set herself apart from all her peers. Gerwig is working in the same self-deprecating but entirely empathetic style as Woody Allen, Albert Brooks, and Whit Stillman (whose “Damsels in Distress” features Gerwig in an adorkable role). Gerwig’s directorial and editing speed helps flesh out multiple mini-narratives at once—like the best friend’s crush on their math teacher and a slightly socially awkward father/son subplot in which the younger man gets a job over his much more experienced father—that might normally be more fleshed out fully in a TV series. It’s like Gerwig knows she doesn’t have a lot of time to work with in a film narrative, so she wisely amps up the pace of the narrative and the barrel of raillery to ensure we can keep up and actually enjoy her cinematic joie de vivre. 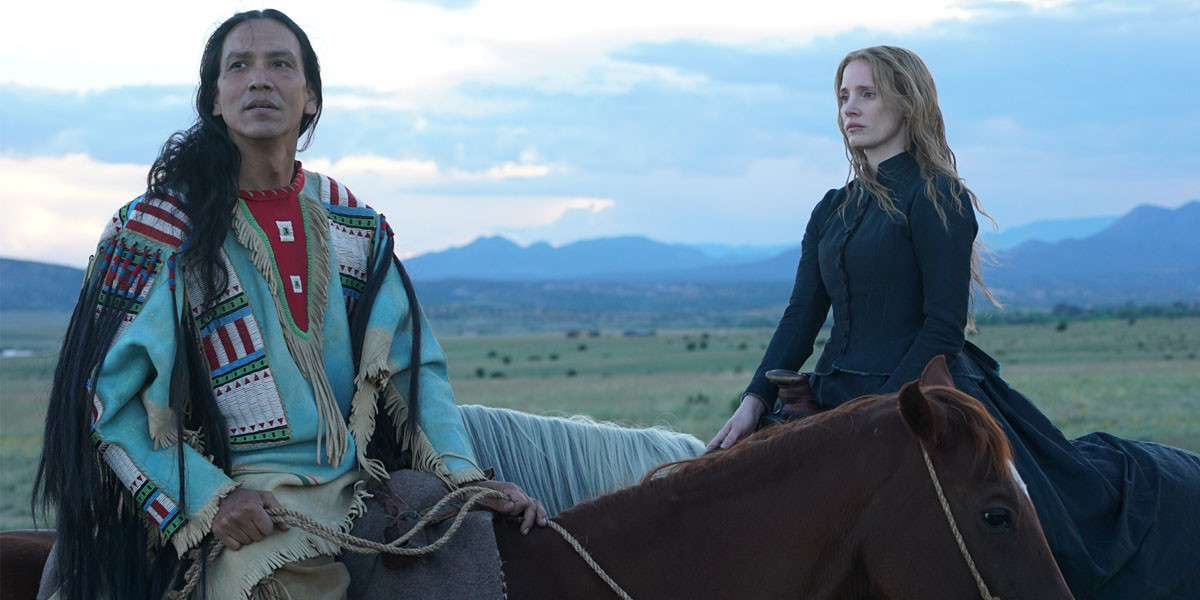 “Woman Walks Ahead” is a Jessica Chastain vehicle directed by Susannah White that tries to paint a historical picture of the treatment of Native Americans in the 1800s. Chastain plays Catherine Wheldon, a painter who takes on the challenging journey to Dakota to do a portrait of Sitting Bull (Michael Greyeyes). Her timing is prescient, as politicians are trying to force local chiefs, including Sitting Bull, to sign off on a demeaning treaty. We see the story mostly from the perspective of Catherine, whose New York privilege didn’t prepare her for the dusty, Dakota plains and cold, rude, and occasionally physically threatening treatment from locals who believe she’s a spy or activist trying to help the Aboriginal cause and interfere with their politicking.

Catherine’s arduous journey in the first leg of the film leads slowly but surely to an unlikely friendship with Sitting Bull, but their dynamic has very little spark. “Woman Walks Ahead” is dutifully respectful to Native American culture and Catherine offers us the white “gateway” perspective to better understand and empathize with the native culture; this is a film that understands exactly the tropes it must use to deliver its story, and gently and gracefully settles into them, through a series of insightful conversations that can empower both marginalized lead characters. The film does some justice to the stakes that are in play when privileged folks like Catherine try to get involved to make a difference, only to become helpless when colonialist machinations overtake them (it’s hard to give away the ending since we all know the horrendous treatment of Native Americans at that time).

Yet somehow, despite all the film’s best intentions, not to mention the film’s emotional and political intelligence in handling the complex power dynamics of the story, a crucial element that would help viewers truly engage with the material—Catherine’s friendship with a chief whose brave stance marks him as a target and scapegoat—is disappointingly boring. As we come to learn more about Sitting Bull’s culture as he learns how to best pose for his portrait, which sometimes involves him disrobing, only hints at a small degree of sexual tension, but the film wisely chooses not to go down that path. But without romance, humor or anything else—for example, it could have further explored the artistic connection between Catherine and Sitting Bull—that might enliven the material, “Woman Walks Ahead” remains stagnant as a politically correct but enervating historical drama. 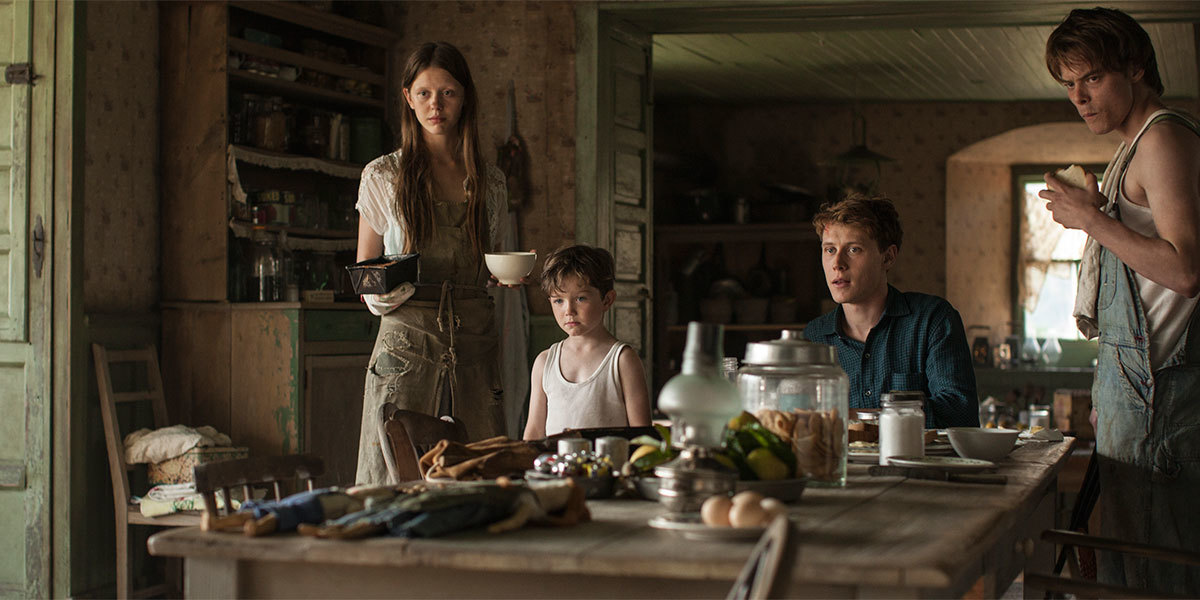 Narrative problems seem to be a consistent motif at the films playing at TIFF this year. For every “Lady Bird,” there’s at least a dozen films like “Woman Walks Ahead,” or even worse, “Marrowbone,” an English-language Spanish production directed by Sergio G. Sanchez. It’s hard to know where to begin with this family drama/suspense thriller, about a large British family who attempts to escape the devastation, social shame, and abuse brought upon them by their sadistic, monstrous father who murdered scores of victims. Rose’s (Nicola Harrison) idea of a fresh start involves moving her children back to her family home in America. Twenty-one-year-old Jack (George MacKay), 19-year-old Jane (Mia Goth), 18-year-old Billy (Charlie Heaton), and five-year-old Sam (Matthew Stagg) try to keep going after Rose passes away, maintaining a low profile in their large, rural estate, with only a close friendship with the neighboring girl, Allie (Anya Taylor-Joy) to keep them sane.

But then a scene early on in the film re-establishes the threatening presence of the father having found them at last. The movie then fades to black before proceeding as if the previous scene hadn’t happened; anyone familiar with Hollywood storytelling knows a twist is afoot. Far too much convoluted plotting later, involving the random insertion of a ghost haunting the house, a jealous love triangle, and a potential blackmail involving the family’s “blood money” stolen from their father leads, to a penultimate reckoning in which a greedy banking associate hacks his way into the family’s cellar and reveals the family’s dirty hidden secrets, which includes one member’s split-personality disorder and a complete 180-degree turn on how to predict everything that happened before. It’s so hard to explain this movie without ruining everything, but in addition to the inexplicably terrible story, “Marrowbone” is the kind of precious, self-serious film that doesn’t understand that scenes like a teenage son carving “DAD” into a bullet, and a character walking into a library commenting on how many books there are, are downright risible. The film’s one saving grace lies in its ability to craft some truly suspenseful moments, but when the viewer has no inkling what exactly they should be scared of—a ghost, a real person, or the family’s overactive imagination?—for the vast majority of the running time, a few brushes with satisfactory filmmaking craft is a moot thing to champion in a film this mucked up.