Last year’s Midnight Madness program at the Toronto International Film Festival was notably disappointing, as films like “Tusk,” “[REC] 4,” “Cub” and “Big Game” failed to satisfy even the rabid horror fans who made the trip North. This year looked more promising from the minute it was announced, opening with the highly-buzzed “Green Room,” which is phenomenal, and closing with the fun “Final Girls,” which I saw months ago and therefore didn’t get around to at TIFF. I did get to 5 of the other 8 films this year, as well as a stand-out horror entry in the Vanguard program that actually proved the most memorable horror flick of TIFF 2015 (not unlike last year when “Spring” took the same title in Vanguard instead of MM).

Let’s start there. Osgood Perkins (son of Anthony) delivers something truly unsettling with “February,” an atmospheric piece that plays with inspirations like Dario Argento, Richard Kelly and the dozens of possession tales we’ve seen over the years. Something is very wrong at a religious girls’ school that’s letting out for winter break. Perkins opens his film with a dream (which hooked me immediately) in which Kat (Kiernan Shipka from “Mad Men”) imagines that her parents have arrived a day early to pick her up for break. Her dad comes to her room, taking her outside to reveal a totaled car with blood visible on the windshield. Kat awakens, startled. And then the next day, when her parents are supposed to come, they don’t arrive at all. They’re not answering the phone either.

Meanwhile, Rose (Lucy Boynton) is purposefully delaying the arrival of her parents. She thinks she might be pregnant, and she needs to have a serious conversation with the baby's father. As the other girls pack up and leave this frigid institution, Rose and Kat are left alone, with only a pair of teachers who live on the grounds to oversee them. Lights are off in most of the buildings; halls are empty; things are notably creepy. And then Rose catches Kat doing something very unusual in the basement, and talking to herself.

Perkins intercuts this narrative with that of a troubled girl named Joan (Emma Roberts) who we meet in a bus station, ripping a medical bracelet from her arm. She is approached by a kindly couple (James Le Gros and Lauren Holly), who offer to take her where she needs to go. Of course, that’s the school.

Seeing 4-5 movies a day can often leave someone’s senses numb to cinematic manipulation. And yet “February” worked my nerves. I found myself actually squirming a bit in my seat, downright uncomfortable by the rising dread that Perkins creates. The film also looks amazing, as cinematographer Julie Kirkwood uses the snowy landscapes and poorly-lit interiors brilliantly. Somehow, both seem to be smothering, isolating, and terrifying. 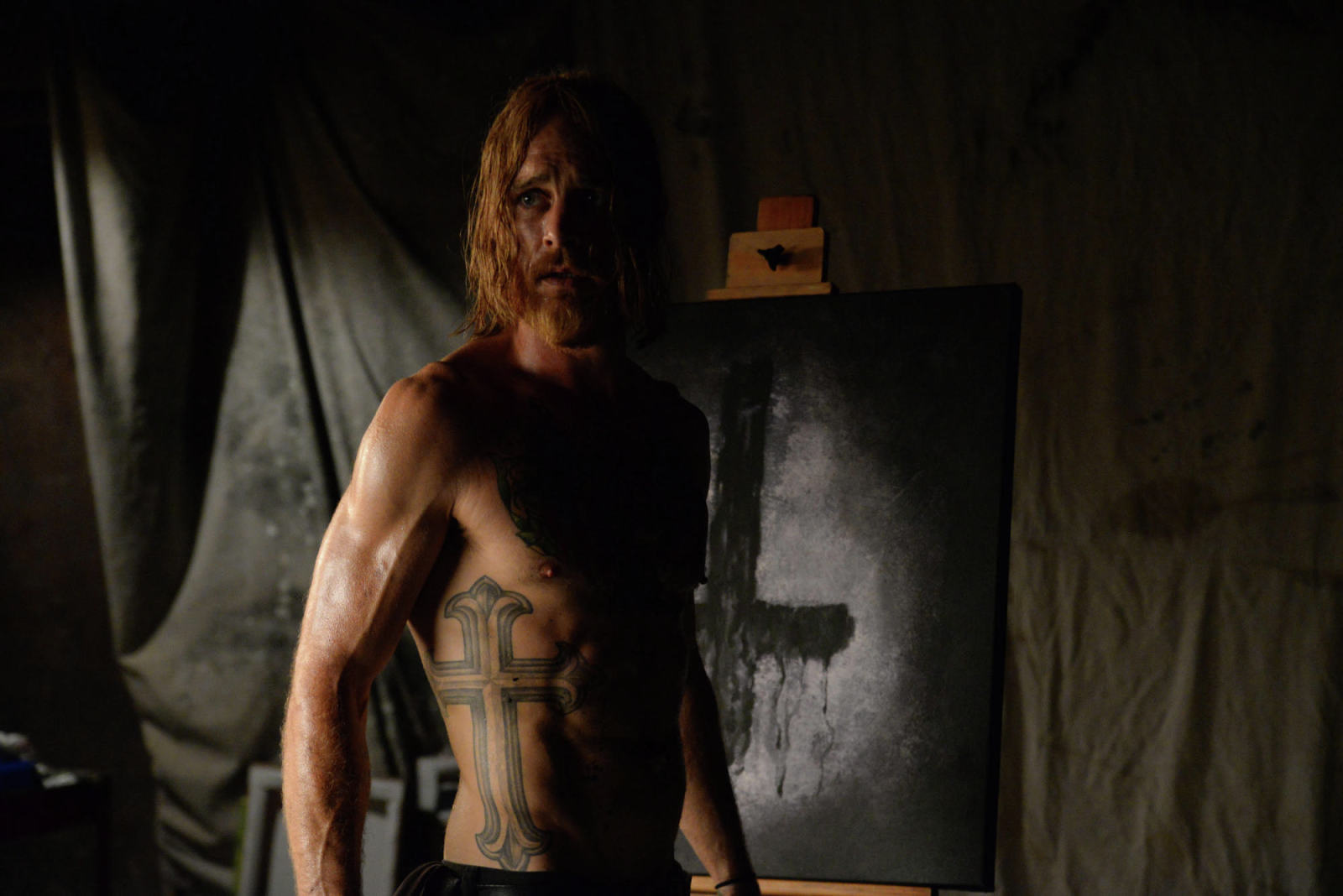 The best non-“Green Room” Midnight Madness film this year not only has similar themes of evil forces at play but also works in terms of isolated locations that enhance tension—Sean Byrne’s long-awaited follow-up to “The Loved Ones,” “The Devil’s Candy.”

Jesse (a great Ethan Embry) is struggling with his art, turned down by galleries and unable to find inspiration. When he goes house-hunting with his wife Astrid (Shiri Appleby) and daughter Zooey (Kiara Glasco), he is most excited about the studio space he finds behind the house in rural Texas. It’s a beautiful piece of property. Maybe these three can find domestic bliss and Jesse can find his muse. If not, at least he knows he can rock out with his daughter whenever possible—metal music plays a major role in Byrne’s film, including some excellent Metallica and Slayer t-shirts.

Of course, everything quickly changes in this hybrid of “The Amityville Horror” and “The Strangers.” It turns out that the previous resident of the house, Ray (Pruitt Taylor Vince) is not done with it yet. Ray hears voices. Actually, he mostly hears one, low-registered, terrifyingly demonic voice that repeats the same unintelligible phrase over and over and over again. The only way to make the voice stop is to either play electric guitar at top volume, or kill some children for sacrifice. He sets his sights on Zooey. Meanwhile, Jesse starts hearing voices too, which channel into his painting, creating something new and altogether horrifying.

Byrne is very subtly playing with the demonic undercurrents of art and music in “The Devil’s Candy,” but this is not a message film. It is a lean, mean, tight (under 80 minutes) thriller that draws from other films like it without feeling derivative. Byrne proves to have directorial skill with actors to match his ability to make a horror film that also looks brilliant. These are elements that SO many horror directors lack, as they focus on the gore or the plot twist instead of, you know, performance and visual composition. “The Devil’s Candy” may be considered a bit too lean by some standards, but it’s an airtight piece of work. It’s like a short song on a great album—it gets in, rocks out, and is over before you even have a chance to complain.

Similarly tight in structure is the surprisingly solid “Southbound,” from the creators of “V/H/S” (and a better film than any of the three in that franchise). Directors Rozanne Benjamin, David Bruckner, Patrick Horvath and Radio Silence have crafted an anthology film that doesn’t just divide itself into shorts but works cohesively as one vision. As one “story” clearly ends, a character may move into the next story or just visually transition into it. The result is that the pieces of this anthology feel more thematically and artistically connected than the “V/H/S” films, and ultimately more satisfying. Of the five shorts within the film, I’d say four work, and a horror anthology that’s batting .800 is kind of a cinematic miracle.

Playing with a structure that’s clearly inspired by “The Twilight Zone,” all of the stories within “Southbound” center on people trying to escape sin and regret. Whether it’s the two guys who open the film trying to run from something malevolent but ending up at the same diner over and over and over again or the girls’ rock band blaming themselves for losing their 4th member in an undefined manner, the people of “Southbound” are on the run in a desolate part of the country in which towns are dozens of miles apart, GPS can’t track you, and you don’t get a cell signal.

The second and third chapters of “Southbound” are rock solid—really making the film worth seeing on their own (and the 1st and 5th aren’t far behind; it’s only #4 that falls flat). In the second chapter, that aforementioned band end up hitching a ride with the wrong couple, and this blackly humorous episode transitions beautifully into a chapter about a hit-and-run with horrifying results. “Southbound” reminded me of “Creepshow” in its twisted sense of humor and unpredictability. That’s a major compliment. 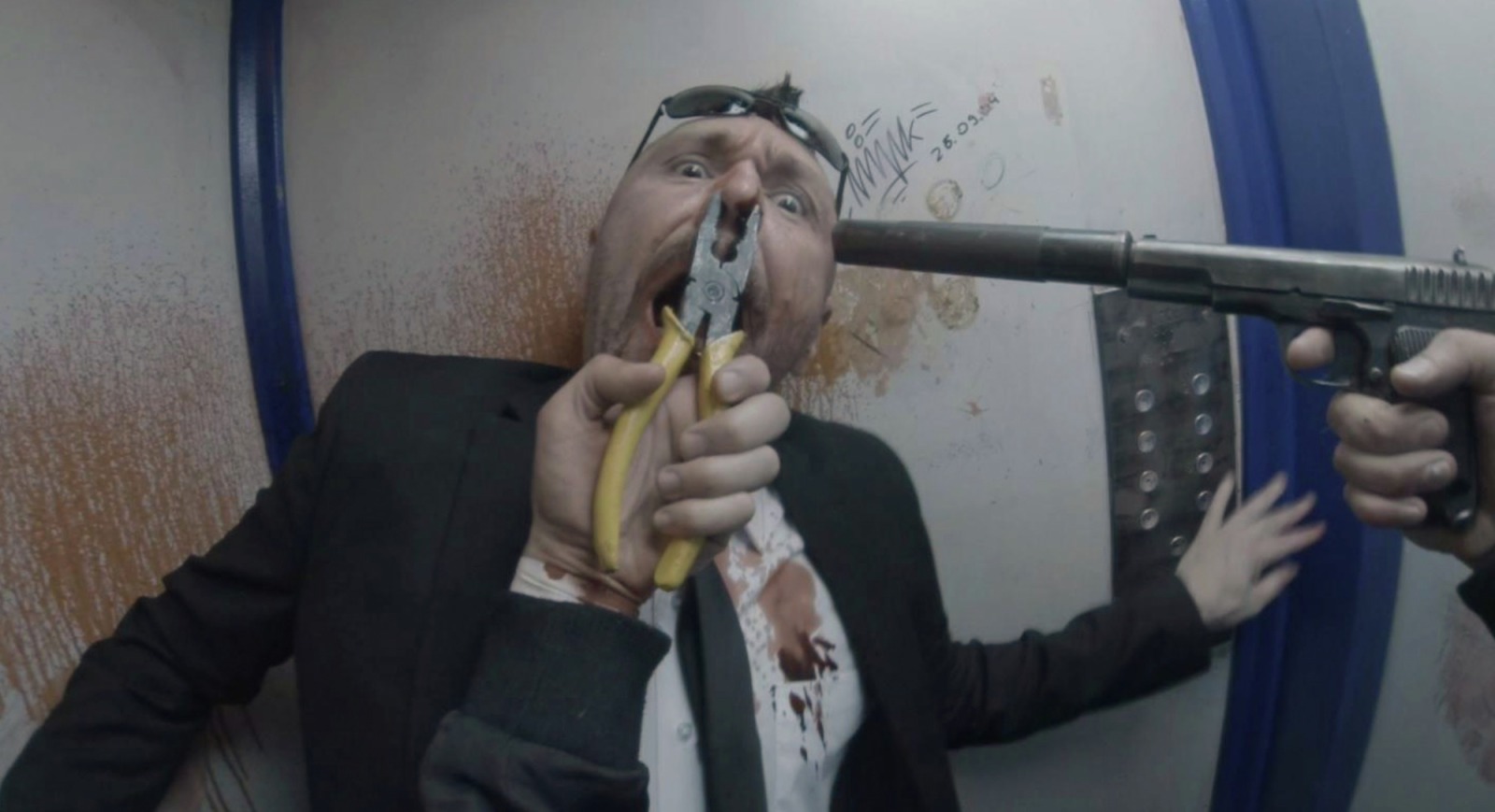 Less effective but destined for Midnight Movie cult status is the first action movie shot entirely on a GoPro, the twisted “Hardcore.” If you like action movies that make you nauseous, “Hardcore” is for you. It is clearly inspired by a generation that has grown up playing “Call of Duty” and “Halo,” as the entire film takes place as a mimic of the perspective of an FPS (First-Person Shooter) video game. The “protagonist” doesn’t even have a line. He is Henry, a new super-soldier caught in a battle for the fate of the planet. He has to save his wife Estelle (Haley Bennett) and stop a madman who looks like a discarded Bond villain but happens to have telekinetic powers.

Running, shooting, jumping his way around Moscow, Henry only has one real partner, Jimmy (a really great Sharlto Copley), who keeps popping up, getting killed, and then returning (in classic video game style). Copley gets to have a blast basically playing multiple characters and getting to die in brutal ways over and over and over again. He even gets a musical number. As you can tell, none of “Hardcore” is meant to be taken seriously, and the GoPro shaky cam aspect might make you puke, but there’s an energy and an insanity to the filmmaking here that I found infectious and even admirable. “Hardcore” is totally strange, totally twisted, and way more fun than I was expecting. 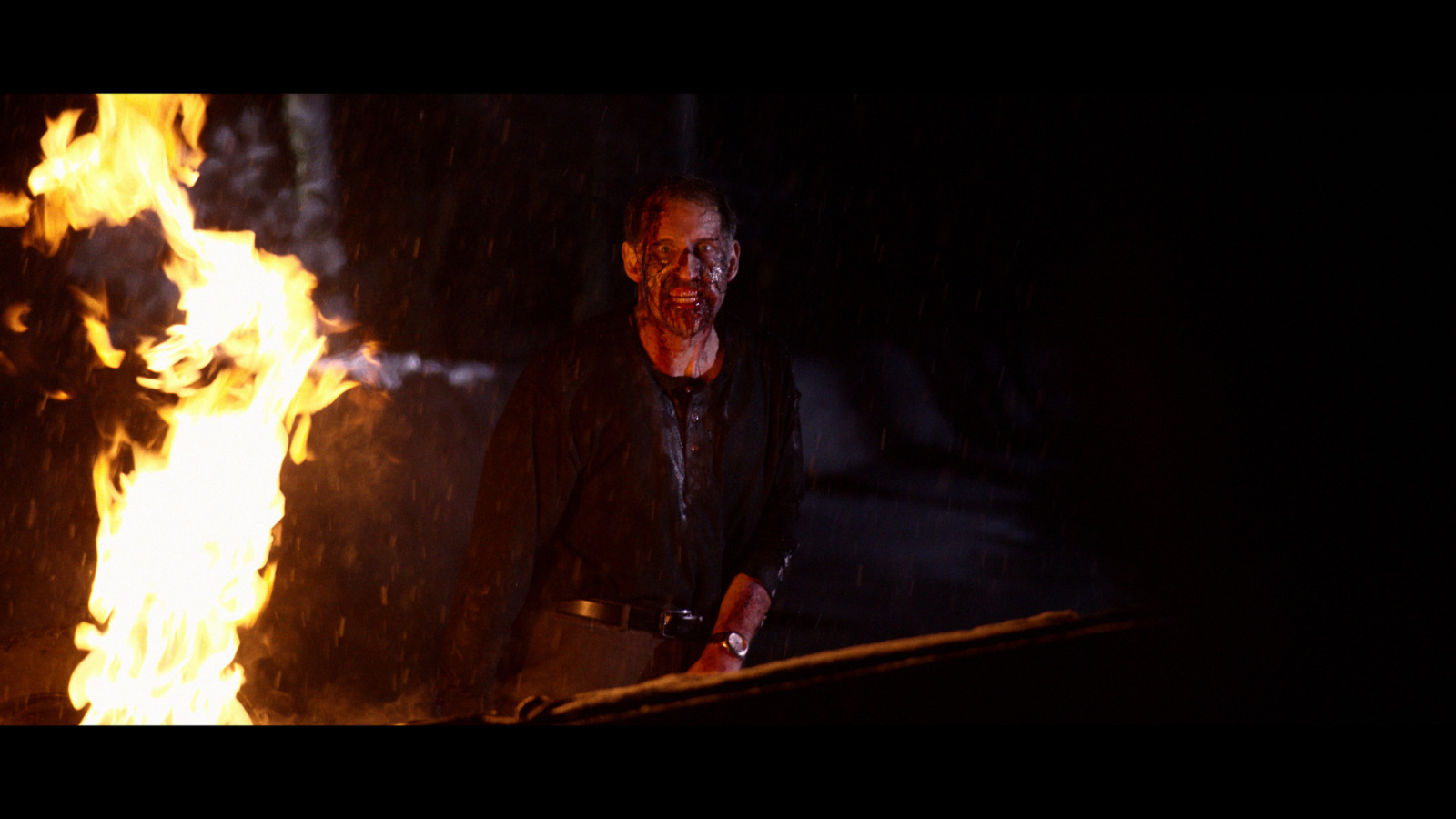 Which brings us, sadly, to the Midnight Madness disappointments of 2015 (you didn’t think I liked them all, did you?). Joe Begos’ “The Mind’s Eye” is a disastrous follow-up to his TIFF hit “Almost Human.” Why don’t more Carpenter acolytes remember the skill that the master showed with actors instead of just replicating his style? It’s often the problem with films made be the generation that grew up on “The Thing” and “The Fog.” They forget to direct their actors, or at least to cast them well, and that’s the biggest problem with “Mind’s Eye,” a film about a “Scanners”-esque battle between people with telekinetic powers that contains performances so horrendous that one starts to wonder if they’re not intentionally bad. I don’t believe they are. And, either way, it’s a grating, annoying experience.

“Baskin” starts more promisingly, but becomes similarly worthless due to repetition and unfocused direction. The debut from Can Evrenol plays like “The Raid” if the cops in that movie found Satanists and the creatures they draw forward instead of gun-toting enemies. Sounds fun, right? And it is for the first act, in which Evrenol folds the film in on itself a few times chronologically, making us uncertain if these guys aren’t literally stuck in a nightmare not unlike getting trapped in Freddy Krueger’s world. Sadly, all sense of invention disappears as the film becomes an orgy of ugliness and loses its style in favor of aggressive disturbing imagery. What’s funny is that images I’ll remember most from the horror offerings at TIFF this year aren’t the body parts but the haunted eyes from “February” or the abject fear from “The Devil’s Candy.” Horror has never and will never be just about blood and gore. The best of Midnight Madness from TIFF this year served as a reminder of that fact.