The problem is with the fog. It must have seemed like an inspired idea to make a horror movie in which clouds of fog would be the menace, but the idea just doesn't work out in "The Fog," John Carpenter's first thriller since "Halloween." The movie's made with style and energy, but it needs a better villain.

And it also needs a slightly more plausible plot. We don't really care about the logic of the plot in horror movies, of course, but there has to be some plausibility, just so we know what the rules are. Carpenter's fog - which contains the ghosts of murdered sailors - is too unpredictable. When it rolls in, it's likely to kill anyone, no matter whether or not their ancestors were responsible for killing the sailors 100 years ago.

It's easy to see, though, why this project must have been appealing to Carpenter, a talented 31-year-old film maker who built a cult audience with the low-budget genre films "Dark Star" and "Assault on Precinct 13" before breaking through to enormous ratings with the made-for-TV "Elvis." Carpenter's "Halloween" was one of the major box office successes of 1979 (Variety calls it the most profitable independent film ever made) and it demonstrated his favorite approach: He likes films that manipulate audiences, films designed, quite simply, to cause emotions - and his favorite response is shock.

"The Fog" basically has the same structure as "Halloween." It gives us a small American town. It introduces a few of its inhabitants, especially isolated women. It establishes a threat. And then the rest of the movie is devoted to scenes in which the threat either does or does not destroy its intended victims.

Very simple. The threat need not even be believable; "Halloween's" psychotic killer, wrapped in sheets and apparently invulnerable, just kept on coming while a platoon of baby-sitters bit the dust.

But "Halloween's" killer was a person, and had at least a bit of personal background (we saw a traumatic scene from his childhood and heard a psychiatrist describe him as evil incarnate).

The narrative background in "The Fog" is presented stylishly - John Houseman of "The Paper Chase" tells a ghost story around a campfire on the beach, little kids listen with their mouths hanging open, we learn that shipwrecked sailors were murdered near this town a century ago, and that they vowed to return 100 years later. And, of course, tonight's the night.

But when the sailors' ghosts return, wrapped in fog, we can't figure out what their motives are. Do they want to kill the descendants of their murderers? Are they angry at the town itself? Are they indeed there in the fog, or are their victims hallucinating?

Well, let's face it, we wouldn't care about the answers to these questions if "The Fog" were as scary as "Halloween." But because "The Fog" has a historical plot, because its events are inspired by the past, it should make more sense. A sentient fog may be photogenic (and this is a good-looking movie), but can we identify with it? Is it the kind of villain we love to hate? Not really.

"The Fog" is encouraging, all the same, because it contains another demonstration of Carpenter's considerable directing talents. He picked the wrong story, I think, but he directs it with a flourish. This isn't a great movie but it does show great promise from Carpenter - whose psychotic killer in "Halloween," you may recall, was missing at the end of the film and may be haunting a sequel any day now. 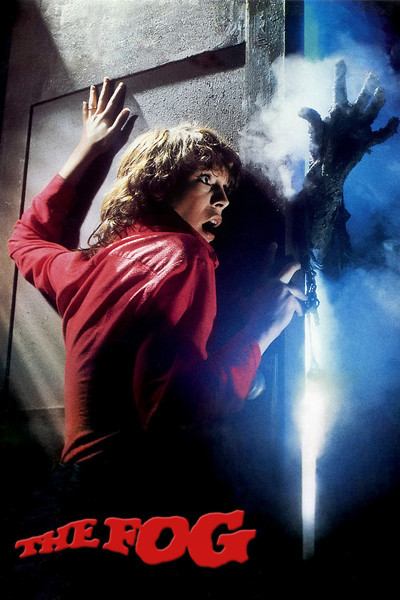