Ever since my first Toronto International Film Festival in 1999, I had become accustomed to spotting Roger Ebert (accompanied by wife Chaz, of course) at screenings or walking near the old Four Seasons hotel in Yorkville, the event’s former hub.

Therefore, it seemed to be a good omen when Roger’s image flashed by in a brief tribute to TIFF’s 40th anniversary that played before the opening-night gala premiere at the Princess of Wales Theatre. His presence as a staunch supporter of TIFF since its inception as “The Festival of Festivals” in the mid ‘70s is still very much alive (including this Sunday’s presentation of a Golden Thumb Award to "Selma" director Ava DuVernay).

As for the film at hand, “Demolition,” a devilish deconstruction of such institutions as marriage, family, work and the need to succeed at any cost to one’s soul, its blend of grief-induced drama with laugh-out-loud mordant humor recalled the fest opener from 16 years ago that helped establish Toronto as a premiere generator of Oscar buzz: “American Beauty.” Though not nearly as original or as scathingly satisfying (or awards-worthy, for that matter), it still offers at least two solid performances worth seeing when it opens in theaters next April—one belonging to headliner Jake Gyllenhaal, whose recent string of strong showings (including in “Southpaw” and “Nightcrawler”) caused director Jean-Marc Vallee to coin the term “Jake quake” in his opening remarks.

Instead of Kevin Spacey’s disaffected laid-off office worker undergoing a mid-life epiphany by tossing aside the typical trappings of his dreary suburban existence, we have Jake Gyllenhaal as a self-involved investment banker named Davis Mitchell, who reacts to his wife’s sudden and tragic demise by ignoring his loss. Instead, he focuses on a hospital vending machine that refuses to deliver his Peanut M&M’s moments after he learns of her death.

That leads to a rambling series of confessional complaint letters to a customer-service rep named Karen (Naomi Watts), a single mom and inveterate pothead who turns out to have plenty of issues herself. While Davis goes on a rampage of destroying a parade of appliances and fixtures from leaky refrigerators to squeaky bathroom doors instead of picking up the pieces of his now-shattered life, single-mom Karen stalks him until they meet head on and forge an odd platonic bond with one another.

Besides such commonalities as Chris Cooper (here, Davis’s disapproving boss and father-in-law), marijuana use and the topic of homophobia,  “Demolition”—much like “American Beauty”—attempts to comment on materialistic consumption as a false measure of success and the breakdown of social connections (I liked how Davis’ sleek and sharp-edged contemporary home looks and feels like a high-end freezer). That the violence in “Demolition,“ both other-directed and self-inflicted, is much more pronounced than in “American Beauty” feels just right in this post-9/11 age when there seems to be a headline every other day about mass shootings.

In his opening remarks, Vallée (“Dallas Buyers Club,” “Wild”) declared “Demolition” to be the “most rock ‘n’ roll film I have made.” That comes through both in his soundtrack choices (Heart’s “Crazy on You” is spot on) and Gyllenhaal’s giddy spontaneous boogie in the midst of urban hustle and bustle. However, a rebellious streak is best embodied by “Demolition’s” most original character: newcomer Judah Lewis as Karen’s young teen son, Chris, a bundle of punk anarchy and glam-rock chic. The film most comes to life when he and Gyllenhaal join forces, especially the scene when Davis and Chris have a frank yet tender heart-to-heart about the boy’s sexual confusion in that most masculine of environments—a hardware supply store.

But Vallee’s other claim that “I want to make some noise” doesn’t quite hold up as well. Dissonance occurs around the time that Davis pays a foreman to join a wrecking crew that is tearing down a home. When he buys a bulldozer on eBay to obliterate his own abode is when the film itself starts coming apart. As for Watts, she earned actual gasps when she appeared before the screening in a stunning dusky-pink ruffled gown that showcased her willowy form. But her un-fleshed-out character exists more as a plot convenience than anything else. 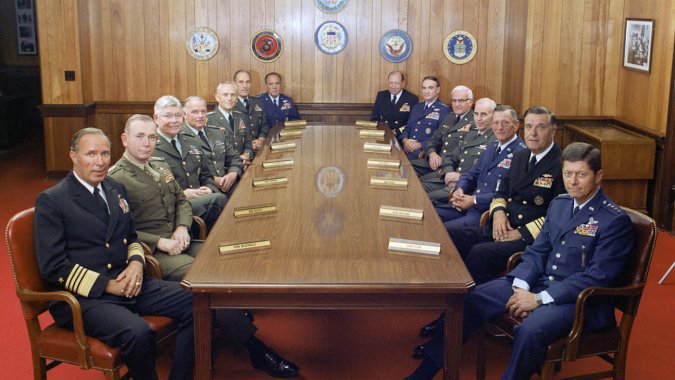 It wasn’t exactly a kinder and gentler Michael Moore who helped introduce the night’s second highly anticipated premiere, his six-years-in-the-making “Where to Invade Next.” He baited the Canadian crowd by bemoaning the likelihood that the Toronto Blue Jays will head to the World Series and possibly beat a neighboring country at its national pastime.

But instead of presenting a denouncement of U.S. military involvement overseas—as its title so sneakily suggests— the stealth project whose actual topic has been kept under wraps, turns out to be a rather upbeat celebration of the more humane and civilized approaches to everything from education to workplace benefits adopted by mainly European nations that make United States policies seem backwards by comparison.

The “invasions” take the form of a travelogue of sorts, with Moore seen on a battleship bearing the stars and stripes, much like Washington crossing the Delaware. But instead of his usual “gotcha” approach to cornering unwilling subjects, he genially engages natives of each land to discuss the benefits of living in their native land. In Italy, workers are guaranteed seven weeks of paid vacation as opposed to zero for U.S. laborers.

France is extolled for their 4-star cuisine school lunches, which even includes a cheese course. When shown photos of a typically gloppy meal served to American students, the French youngsters gawk in disgust. And, ooh-la-la, French sex education promotes feelings, of all things, not abstinence, and has a much lower teen pregnancy rate. We learn that Finland became No. 1 in education by doing away with homework and standardized tests as well as cutting school hours.

Slovenia picks up the tuition tab for the college-bound, leaving graduates unburdened by debt. Germany, meanwhile, has a strong middle class that makes a livable wage. Norway boasts an enlightened prison system. Iceland is pro-woman in government and industry. Moore even takes a detour to North Africa, where Tunisia has a thriving network of health clinics for women.

Throughout this somewhat simplistic but mostly entertaining global tour, Moore—who continues to dress like Charlie Brown’s big blue-collar brother—provides the usual visual jokes, musical cues and snide observations that have become his signature. But as he noted in his Q&A afterwards, the maker of the harder-hitting “Bowling for Columbine” and “Fahrenheit 9/11” explained he intentionally avoided focusing on the drawbacks of living in any of these countries, whether Italy’s high unemployment rate or Finland’s alcohol woes

“This is Mike’s happy movie. The no-problems, all-solutions movie,” he told the audience. “We wanted to pick the flowers and not the weeds.” Which means there is plenty of fodder in his daring to question U.S. superiority in all matters for his political foes to feed upon. But this is definitely a mellower Moore, partly the result of his father’s recent death, partly because of turning 60, he said.

Judging by the standing ovation and regular claps of support throughout the screening. Moore has touched a nerve again—especially with a presidential election looming. One can surmise that these sorts of quality-of-life issues are just the kind of topics that voters hope the candidates actually address one day.