Sundance Report: "The Trip to Italy" and "The Raid 2"

This will be my last dispatch on the 2014 Sundance Film Festival. My second year at Sundance was about as surreal and fulfilling as I could have hoped. I breezed through a dozen films I was dying to see, and many were as good as I'd hoped. I didn't see that many films by unknown artists, but I did learn not to take certain artists' talent for granted. In the case of "The Trip to Italy," a sequel to the 2010 TV travelogue-cum-buddy doc, I realized I shouldn't assume that a new film directed by Michael Winterbottom or and starring Rob Brydon and Steve Coogan will be fantastic.

Don't get me wrong: I knew that the makers of "The Trip to Italy" were fallible. I'm not wild about Winterbottom's "Everyday, "Trishna," or "The Shock Doctrine." And I know full well that not every Steve Coogan film is worthwhile (cough "The Parole Officer" cough). But I am a big fan of the original "The Trip," a semi-fictionalized journey across Northern England starring two of my favorite British comedians. 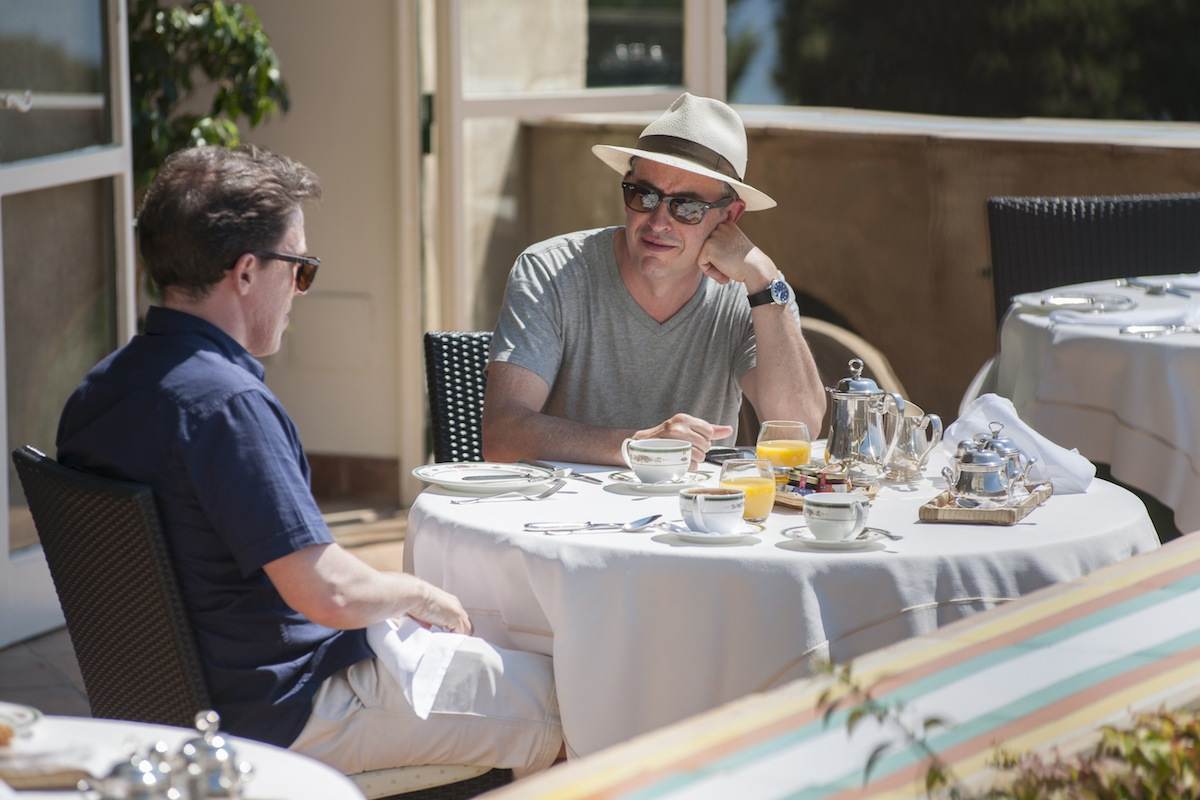 Unfortunately, while "The Trip" was grounded by Coogan's thoughtful, involving character arc, "The Trip to Italy" is knowingly adrift. Here, Coogan shrinks back, shifting the spotlight onto co-star Brydon. So while Brydon nervously makes faces in the mirror, chats up a beautiful stranger, and nervously tries out for a Michael Mann film, Coogan Skypes with his son, and distractedly mocks Brydon's naivete and boisterous insensitivity.

"The Trip to Italy" is charming, but mostly aimless. It pales in comparison to "The Trip" because, as Winterbottom and the gang admit early on in the film, they're trying to repeat themselves. Much of the film's two-hour runtime is spent trying to recapture that earlier film's energy, especially in scenes where Brydon and Coogan trade impersonations of celebrities like Al Pacino and Michael Caine.

Sometimes, that kind of forced riffing starts poorly, but becomes hilarious, as when Coogan and Brydon transition from Caine impressions to an imaginary Christian Bale/Tom Hardy dialogue. But as "The Trip to Italy" goes on, it becomes apparent that its creators are too comfortable. All stylistic grace notes aside—I love the way Winterbottom films food being prepared and served—there's no great tension driving "The Trip to Italy."

By contrast, Indonesian action epic "The Raid 2" is a great step up after the already-impressive "The Raid: Redemption." Clocking in at an improbably brisk 148 minutes, "The Raid 2" is the martial arts answer to "Game of Thrones"--or maybe it's more like "Once Upon a Time in Indonesia." 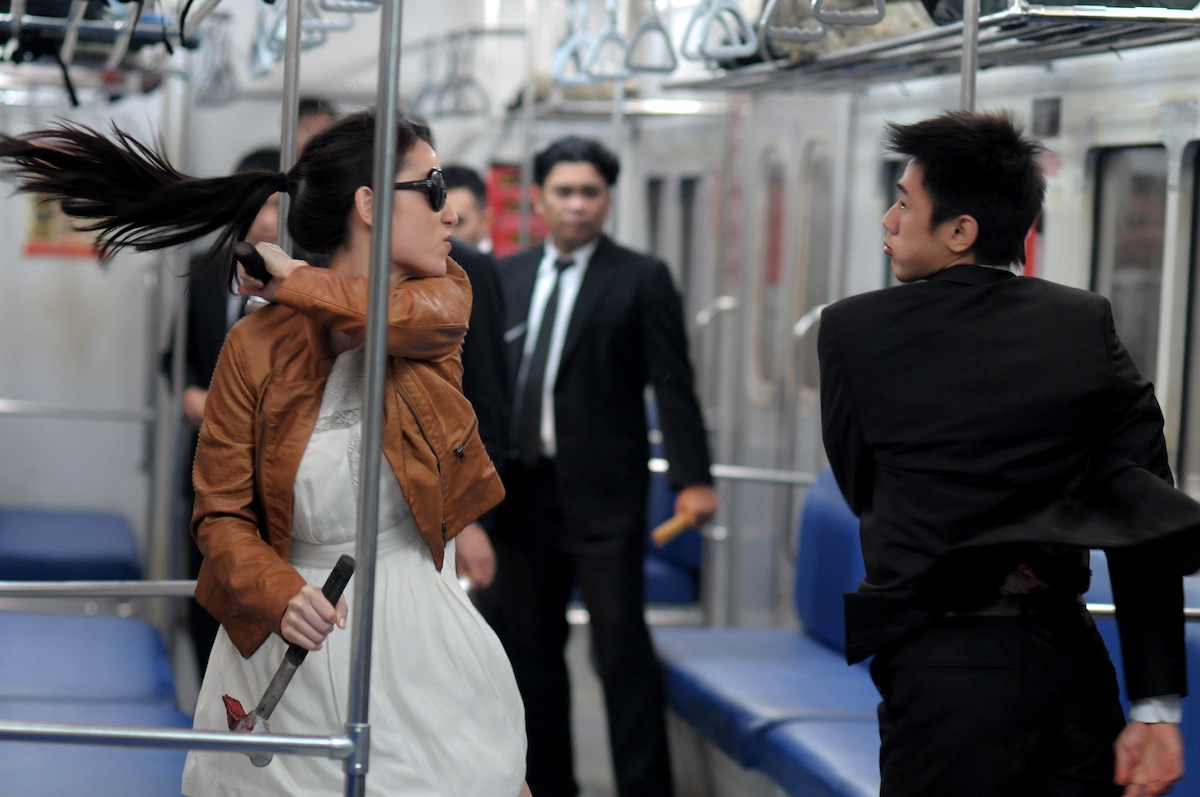 Set in Jakarta, the film has the gargantuan scale that writer/director Gareth Evans ("Merantau," "VHS 2") originally intended for "The Raid: Redemption." But while "The Raid: Redemption" is a spare, Carpenter-inspired B-movie peppered with macabrely playful action choreography, "The Raid 2" packs a visceral punch, and has a surprisingly involving plot, too. This second point is especially gratifying since Evans's earlier films sometimes feel like spectacular generic exercises. "The Raid 2"'s story is similarly basic, but Evans's dialogue is winningly precise, and his cast is totally charming, especially star Iko Uwais. "The Raid 2" is that rare genre film that is every bit as ambitious as it is accomplished.

After the events of "The Raid: Redemption," series hero Rama (Uwais) is bloody, and exhausted. He's smashed one local crime boss's operation, but that isn't enough. So Rama goes back under cover. He allows himself to be arrested so he can get closer to Uco (Arifin  Putra), the son of local kingpin Bangun (Tio Pakusodewo). But Rama doesn't know that Uco has teamed-up with Bejo (Alex Abbad), the thug that killed Rama's brother. As Uco prepares to usurp his father's throne, ass-kicking advisors like Rama scramble for higher ground.

The main pleasures of "The Raid 2" come from watching Evans take time setting up and knocking down his George R.R. Martin-worthy inventory of characters. Visually, "The Raid 2" is his most joyfully creative film. Leone-esque wide angle shots, and dizzyingly assured hand-held photography make every confrontation feel momentous. More importantly,  none of Evans's character, not even a mirror-glasses-clad, cane-twirling baddy like Bejo, are place-holding cyphers, though he does tend to gravitate towards men (and one woman) of action, like the machete-wielding Prakoso (Yayan Ruhian). Prakoso's three-scene character arc is winningly operatic thanks to Ruhian's impressive fight choreography, and Evans's charmingly bratty sampling of Handel's "Sarabande" during a climactic fight.

That's right, Evans is trying to make you think of "Barry Lyndon". He capably strains tropes from westerns, martial arts films, and gangster movies through his own midnight movie sensibility. Thankfully, you don't need to admire Evans's chutzpah to be bowled over by Evans's latest. Believe the hype: "The Raid 2" is as exciting as you've heard.