One of the most interesting conversations on shuttles and in condos in Park City, Utah as of this writing on Sunday night, four days into the festival, is the sense that this year’s winners have yet to premiere. When films like “Whiplash” and “Beasts of the Southern Wild” premiered in years past on day one and two, respectively, frontrunners were crowned. This year, there’s a sense that there’s no frontrunner. At least not yet. With more than half the competition titles already out in the snowy wild, nothing appears to be gaining the traction to win either the Grand Jury or Audience Awards. Some major titles—“Beach Rats,” “Brigsby Bear,” “Crown Heights”—have yet to have their star-studded premieres, and we’ll report back on how those go, but two recent Competition Program premieres confirm the theory that we’re gonna have to wait to see the winners.

I’m sure some people out there are screaming that winning and losing is antithetical to the discussion of art, so let me just simplify it by saying that Alexandre Moors’ “The Yellow Birds” and Alex Ross Perry’s “Golden Exits” are two of this year’s biggest disappointments. Coming into Sundance 2017 on the heels of Moors’ promising “Blue Caprice” and Perry’s excellent “Listen Up, Philip” and “Queen of Earth,” these two were high on most people’s most-anticipated lists.

“The Yellow Birds” premiered first, starting a slate of intense dramas at the Eccles on Saturday night. The film stars the future-star Alden Ehrenreich (“Hail, Caesar!” and the upcoming Han Solo origin story) as Bartle, a 21-year-old soldier sent to fight insurgents in Iraq. Bartle narrates the opening of the film, commenting on how he has difficulty putting his memories together in the right order, and so Moors adopts that time-jumping technique for the first half of his drama. We see Bartle in country, marching through a smoky field with burning trees. We then flash to what must be earlier, as he’s going through basic training, where he meets a wide-eyed 18-year-old named Murph (Tye Sheridan). The two become friends and partners in combat under an aggressive sergeant (Jack Huston).

The film’s temporal displacement continues. We meet Murph’s mother (Jennifer Aniston) and father (Lee Tergesen) at a dinner on the base, after which she asks Bartle to watch over her son. We flash forward to combat, back to training, and so on, also meeting Bartle’s mother (Toni Collette) and learning that, after the young man comes home without Murph, an investigation begins, headed by a military investigator played by Jason Patric. What happened to Murph?

The four words in that last question puncture “The Yellow Birds” at its core. Instead of a study of PTSD, which it could have effectively become, the movie hinges on a mystery. We know Murph isn’t missing. We know Bartle’s trauma is at least, in part, by what happened to his naïve buddy. And because we don’t know what Bartle does and Moors holds it out like a mystery, it dominates the narrative. It also doesn’t help that Moors and writers David Lowery and R.F.I. Porto crib from so many other (better) war movies, taking shots directly from “Full Metal Jacket” and “The Hurt Locker.” It’s not only that “The Yellow Birds” doesn’t have anything new to say, but that it’s playing movie karaoke with other, better war movies.

The real shame is that one can pull out elements of this overly familiar mess that work. Ehrenreich is typically good, although he falls victim to the flaws of the film overall. One thing that truly does work about the project is the cinematography by “Under the Skin” lenser Daniel Landin. “The Yellow Birds” looks great. I just wish the pictures added up to something that didn’t feel hollow. 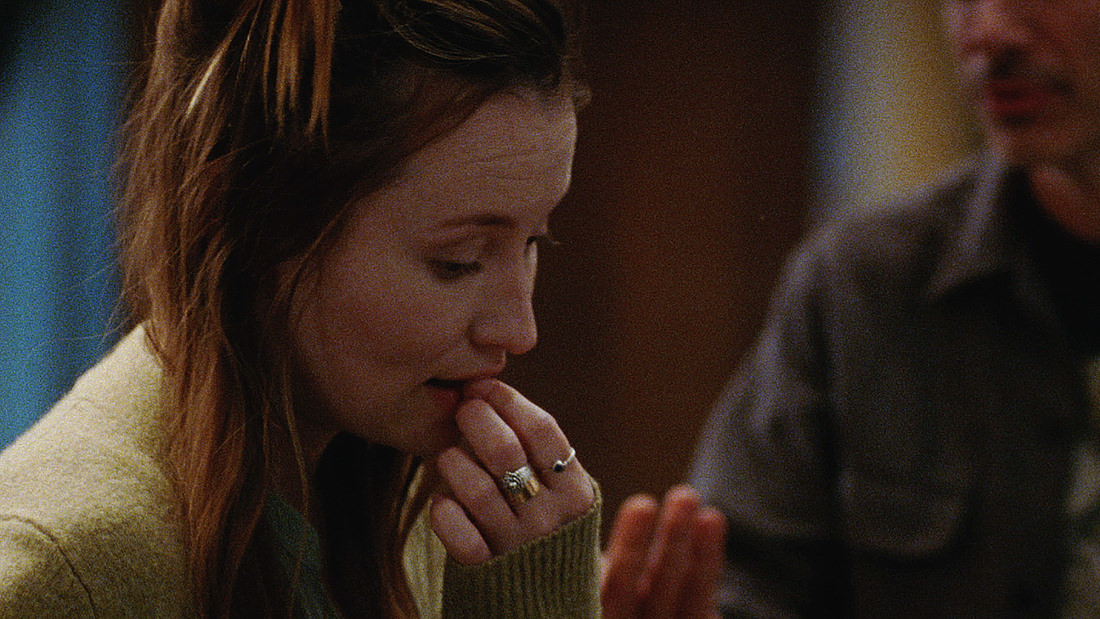 There are certainly no visual flourishes to recommend in Alex Ross Perry’s “Golden Exits,” an overly serious and pretentious misstep from the filmmaker, who is basically trying to make his “Husbands and Wives” too early in his career to really pull it off. This dramedy of marital strife and NYC ennui has moments of truth but they’re embedded in a script that too often allows its characters to merely be mouthpieces for its writer/director’s philosophies. These people don’t feel real, and they’re so unlikable that the fact that they’re merely a writer’s construct makes them even more intolerable. Why spend time with them?

Nick (Adam Horovitz) has carved out a purposefully insular life on his block in Brooklyn. He loves the fact that his home and office are mere feet from each other, and he doesn’t do much besides work a job that’s embedded in the past, archiving the life of his wife Alyssa’s (Chloe Sevigny) deceased father. Alyssa’s sister Gwen (Mary-Louise Parker) acerbically judges Alyssa & Nick’s marriage, especially after the latter hires a new assistant, an Australian new to town named Naomi (Emily Browning). Not only is Naomi so beautiful that any wife would worry a bit about their husband spending all day with her in an archiving room but Nick has strayed before.

Naomi has only one other friend in town, a music producer named Buddy (Jason Schwartzman), who is also married, to Jess (Analeigh Tipton), whose sister Sam (Lily Rabe) plays a similarly judgmental/single role as Gwen does to Alyssa. Buddy goes out with Naomi a few times for drinks, and temptation eventually comes into play, because no one in this film could possibly behave like a responsible adult around a beautiful woman.

At one point, Nick jokes about movies that are made about people who don’t do much, a meta-reference to the film itself, but even urban ennui and marital apathy have been captured with more do-nothing honesty than Perry achieves here. “Golden Exits” has almost no characters. Sure, there are actors and actresses who are given dialogue and minimal movement, but almost no one feels real. It reminds one of an off-Broadway play by someone who has been given way too much freedom when it comes to the writing and the monologuing. It’s a movie that stops cold regularly to allow someone, often Parker or Rabe, who exist almost entirely to monologue, to spout their philosophies about marriage, work, infidelity, etc. None of it connects. None of it resonates. It’s a misstep of a film for an undeniably talented filmmaker who works with great collaborators. He’ll bounce back almost immediately.