Three documentaries from the always-strong U.S. Documentary Competition portion of this year’s festival premiered over the weekend, capturing very different parts of the country from different perspectives. From a family trying to get by in Philadelphia to a police force under siege in Oakland to those willing to travel halfway around the world to kill a living creature, all three films should find grateful audiences outside of Park City. Last year was an incredible one for documentaries and many of the year’s best, including “OJ: Made in America,” “Weiner,” “Cameraperson,” and “Life, Animated” started at Sundance. These are three that will be talked about in 2017.

I’d say the best of the very strong trio is Jonathan Olshefski’s “Quest." It recalls Steve James’ “Hoop Dreams” in both the way it captures people over a long period of a time and in how it finds the profound in the everyday, the universal in the specific. Olshefski’s film chronicles one family’s ups and downs over the years of the Obama administration, starting during the 2008 election and moving all the way through the Trump victory. The director made it as a labor of love to a family with which he was friends and as a way to promote their music studio, but it transcends that simple set-up to feel like something greater through the marvelous likability and relatability of the Raineys.

Christopher “Quest” Rainey works a newspaper delivery route to help make ends meet, but his passion is the music studio he runs out of his home, and the local artists he supports through it. His wife, Christine’a (aka “Ma Quest”) also works a day job, but as the film opens in 2008, the family is clearly struggling. There’s a leaky roof and minimal creature comforts around their apartment, but they have each other, including children that we watch grow and change with the country. They face setbacks—including a harrowing, riveting chapter involving a shooting—but this is a family, and, by extension, a community that keeps on going.

Olshefski and his editing team, who must have had hours of footage when they went to assemble the movie, cleverly use major world events as backdrop, not only to give us a sense of when things are taking place, but to offer context. The elections of ’08, ’12, and ’16; Hurricane Sandy; the Newtown shooting. Not only are these historical signposts for us but they create an interesting theme to take away from “Quest” in that while these major events were going down, this family’s human story was moving forward. In a sense, a film like “Quest” even offers light for those brought down by the new administration. There will always people like the Raineys finding their passion and their hope. Find yours too. 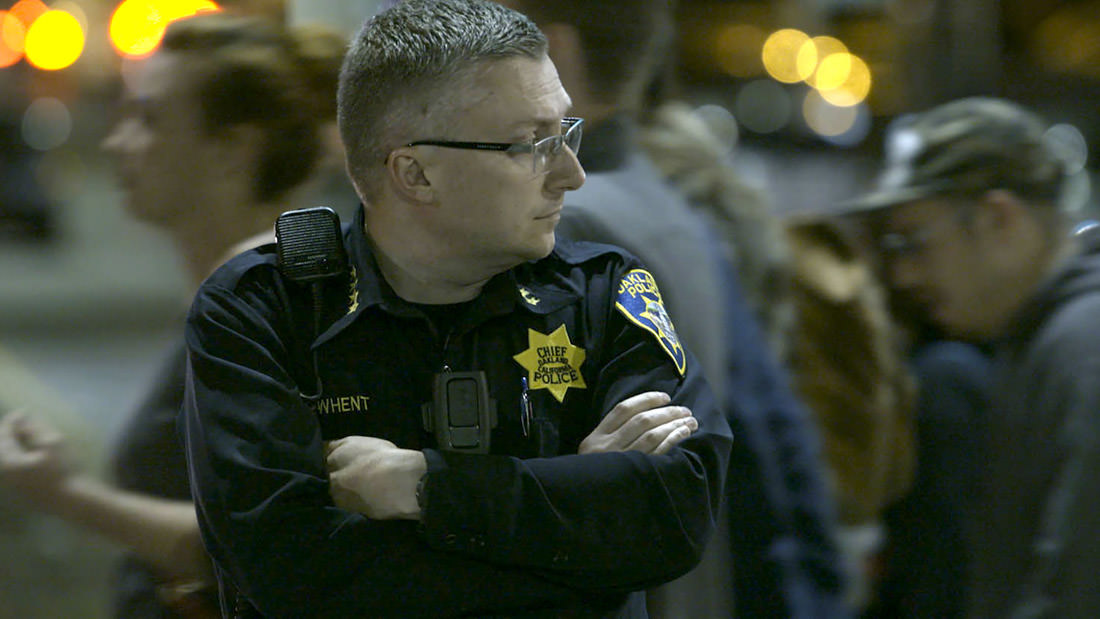 Jumping to the other side of the country, Peter Nicks’ “The Force” captures a city’s police unit in the era of iPhones, body-cams and Ferguson. It is a complex, human-driven look at race relations between police and the community, and it could offer some viewers a stark conclusion: this is a permanently broken system. When a community liaison discusses how police forces were originally used to help slave owners return runaway slaves or to keep peace at lynchings (not to stop the lynching), it reminds one that tension between the police and the black community is far from a modern problem. But Nicks’ film excels by not demonizing the police, presenting many well-intentioned people stuck in a poorly-funded, poorly-managed, historically-corrupt system.

To say that the Oakland Police Department has a bad year while the team behind “The Force” was filming it would be a massive understatement. Sex scandals, racist texts, several officer-involved shootings, a guy who suffocates while fleeing the police—when a woman says that this system is never going to work, it’s tempting to agree with her. And yet Chief Sean Whent is presented as a man honestly trying to do the best he can. He’s confident, well-spoken, and dissatisfied with his own people. And progress seems to be made—as evidenced by stats about the OPD cutting in half the number of times that officers used their guns. Nicks gets amazing access—watching a dash cam video of a shooting is harrowing stuff, as is a really tense scene after an accident, during which the victim’s brother seems to be considering vengeance right there in the middle of the street. It’s an expertly directed and edited film, one of several this year about the police and race relations, and likely to be one of the best. 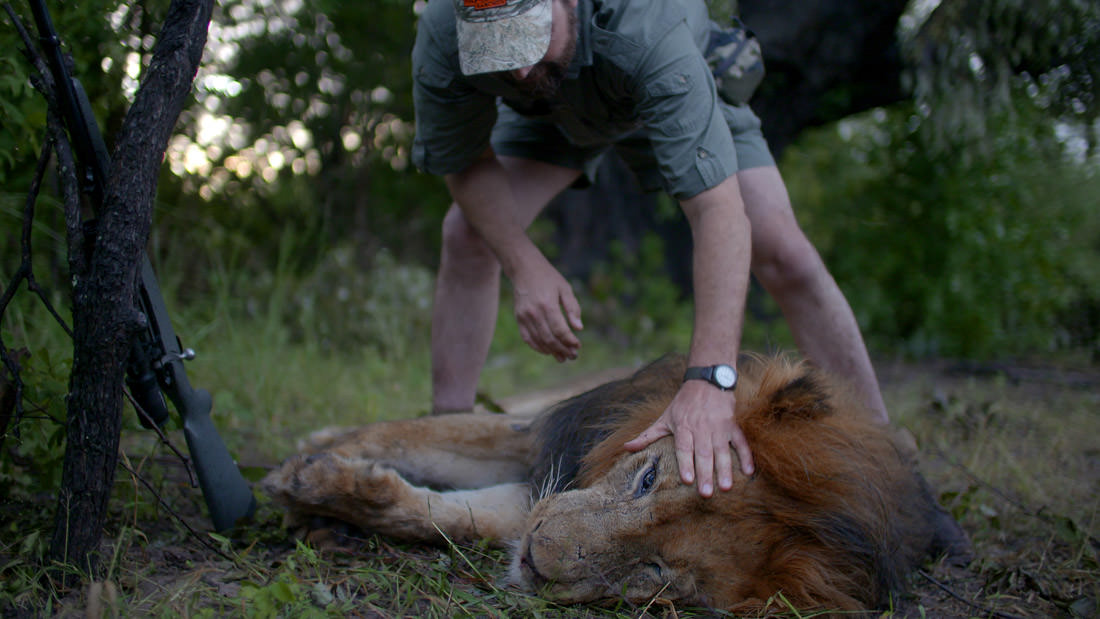 The final entry in the U.S. Documentary Competition in this dispatch is the likely-to-be-controversial “Trophy,” from director Shaul Schwarz (“Narco Cultura”). Schwarz and co-director Christina Clusiau capture the big game hunting industry in a way that memes about Cecil the Lion can’t possibly. For many people, it will be a disturbing film, although perhaps not for the reasons they expect. Yes, the footage of majestic animals being captured and killed is shocking—“Trophy” does not pull back at all from the death of an elephant or the sawing off of a rhino’s horn, and the film will be tough to watch for many people. And yet it also makes a solid case that big game hunting is not only essential to maintaining stability in many African regions, but that it has actually increased the numbers of some of these creatures.

That last one is a brain burster, but consider the costs some people will pay to hunt lions and rhinos. Now, consider how much an African family can be dependent on that income, and how they will seek to breed wild animals to keep the stock for hunting at a high level. Yes, killing these animals makes it more likely that people will breed them as well. It’s that kind of complexity that makes “Trophy” such an interesting film. There’s also something of a Prohibition argument to be made in that outlawing drinking only made the liquor industry more dangerous. Regulated hunting is safer and better for this world than unregulated poaching. And then factor in that elephants often rampage through and destroy villages or the idea that money made from hunts is often put into things like schools or, yes, conservationism.

Don’t worry. “Trophy” is not completely pro-hunting. Again, it captures the death of animals in ways that make me happy I’ll never see such a thing in person. Although it also spends a lot of time with a particularly outspoken man who finds that death beautiful, a guy who says that God gave humans animals to do with what they will. As easy as it would be to argue with this gentleman, Schwarz and Clusiau take the right approach—they chronicle instead of judge. And, like all three of these excellent documentaries, they hope that the conversation after the film is the most interesting part of your evening.