The Premiere category at Sundance featured two new projects of note, involving huge actors experimenting with less-conventional characters. Salma Hayek is at the center of drama "Beatriz at Dinner," while Woody Harrelson is the fixation of comedy "Wilson."

Miguel Arteta’s “Beatriz at Dinner” is like a short story that was written last week, staring directly at issues of class, race and privilege while leaving an open ending. It is a loaded but effective piece of inspired artistry, including two sharp performances working from Mike White’s tight script.

The first hook for the story is that Beatriz (Salma Hayek), a Mexican immigrant working as a masseuse and physical therapist at a cancer center, is an outsider during the title event. When her car breaks down after helping out at the home of her massage client Cathy (Connie Britton) she is invited to stay for a dinner party. She doesn't want to impose, especially as she is stubbornly low maintenance, but Cathy insists at the behest of her husband Grant (David Warshofsky). The guests that arrive are business friends (Chloe Sevigny, Jay Duplass, Amy Landecker) all white and rich, including the villainous Doug Strutt (John Lithgow), who is an excellent foe for someone like Beatriz. He’s incredibly condescending to her when acting like he cares about her (“But where are you really from?”) and Lithgow is efficiently disgusting in the Trump-ian role. As the dinner plays out through discussion that's been nicely calibrated by Arteta's pacing, the characters embody different levels of privilege while treating Beatriz at various condescending levels.

Though all of the characters are not particularly distinct, despite the small cast and Jay Duplass’ dinner guest having some funny one-off macho lines, the movie is focused on the tension between Beatriz and Doug. Beatriz has an instant personal fixation with Doug, thinking that one of his businesses helped displace people of her hometown in Mexico, which lead to a great amount of pain. And when Doug is revealed to be a hunter, animal-lover Beatriz snaps. As she sips more white wine in the night, she begins to stand up for her disgust before retreating with profuse apologies, always treated as the other. “Beatriz at Dinner” in particular gets some fascinating, acute moments out of white one-percenters being confronted with the reality of their capitalist selfishness, and watching them squirm. The movie would be too preachy were it not so cathartic, or if it didn't feel so fully thought-out.

"Beatriz at Dinner" boasts an extremely compelling performance from Hayek, one of the best in her career. It's a physical turn as much as it is with dialogue, given the way she always walks with slow poise like a servant, and listens to the guests with a clear curiosity and respect. When she does speak at the dinner, it is with excitement but proves too much for the other guests who want to talk over her. There's an immediate sadness as Beatriz seems like she'd be the perfect guest, and Hayek's delicate performance brings that idea home. She is able to seem so small in the film, especially with Arteta's brilliant, reoccurring visual of how she's framed to always be the shortest one in a group of people.

Prevalent yet subdued, the artistry of “Beatriz at Dinner” showcases Arteta and White’s known ability to find ideas within real people and then fortify those ideas. With much to think about after seeing it, the film is both effective and productively frustrated. 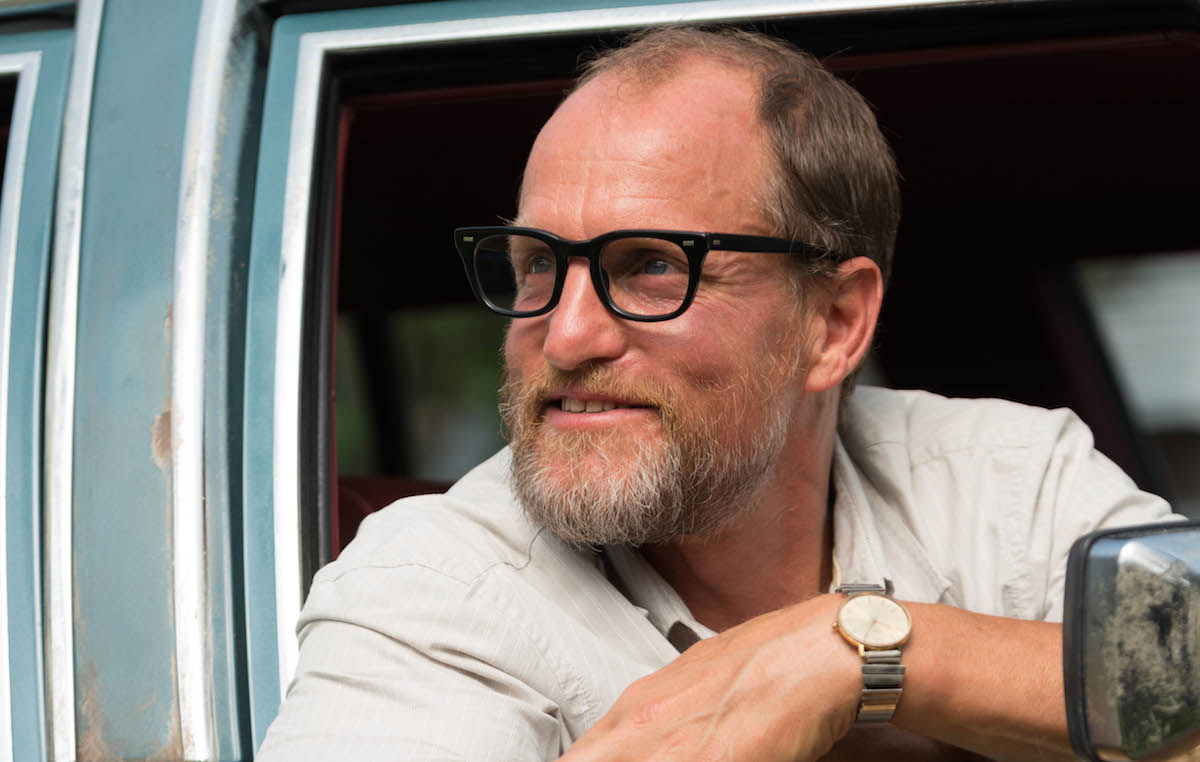 It’s the small things that help “Wilson,” a breezy comedy about a curmudgeon, as based on the book by Daniel Clowes. Wilson is a character who exists in our reality, but wouldn’t want him to talk to you: When he’s riding an almost empty train, he sits next to someone who is sleeping, wakes them up and starts to critique their job. He’s an interesting concoction, someone who doesn’t want to be alone but directly antagonizes people, swears a lot and is not afraid to speak his mind with no self-awareness.

After introducing us to the way that Wilson’s social code does not fit in with the rest of the world, it places him on a life-changing journey that also begins to soften him up. He reconnects with his ex-wife of 17 years (Laura Dern, who amuses herself greatly here) and they seek out the daughter that they had conceived, but she put up for adoption not long after they separated. Wilson remains a bit clueless on how to properly handle this type of situation, but he takes on the idea of being a father with a surprising amount of excitement.

Curiously enough, Harrelson might be remembered for his work in “Wilson” because it features him doing a thorough Woody Allen impression. He stammers with dialogue, and at a high pitch, like Allen does, while using the same physicality and even has the same glasses. Harrelson's take on the character is best of all a means for him to cut loose, smile and take on the cartoonish side he's gravitated towards even with "Now You See Me 2."

Director Craig Johnson gives some attitude to the story with some abrupt cuts that make for solid punchlines. Most of all, “Wilson” offers a unique character and a strange moment for Harrelson’s filmography. But it isn’t a memorable movie itself. It’s a collection of shenanigans, albeit executed by likable actors and often with a laugh or two. Yet it’s so strange to see a movie—that revels in cuss words—seem so inoffensive.