Some of my strongest Sundance memories have emerged from annual events' Midnight program, including the gleeful malevolence of “The Guest,” the twisted glory of “We Are What We Are” and the sheer terror of “The Babadook.” Overall, it felt like this year’s Midnight slate was a little weaker than average, although I missed more of it than I usually do, not getting to a couple of well-liked titles (“Trash Fire” and “Carnage Park”) and a trio I heard it was better I missed (“The Greasy Strangler,” “Outlaws & Angels” and “Yoga Hosers”). I did see four films from the nine-film program, and, well, I really liked one of them and kind of hated the other three.

Let’s start at the top. Babak Anvari’s “Under the Shadow” has echoes of Guillermo Del Toro’s “The Devil’s Backbone” and Jennifer Kent’s “The Babadook” in its story of a woman struggling against a supernatural force in a war-torn country. It is 1988 in Tehran, at the height of Saddam’s bombing of the city. We meet Shideh (Narges Rashidi) in a brilliant scene that defines her character and her predicament. She’s trying to rejoin medical school but her political involvement in recent years means she will not be able to do so. She’s basically being told to go home and be a mother, to give up on her dreams of being a doctor. Much like the protagonist of “The Babadook,” the role of mother plays a crucial role in the narrative of “Under the Shadow,” especially after Shideh’s husband is sent off to serve in the Iran-Iraq War, leaving Shideh and her daughter Dorsa (Avin Manshadi) alone in a creepy apartment. Against the backdrop of sirens announcing bombings, Shideh realizes there’s something malevolent in her apartment, and her daughters reports of a djinn were not child fantasy.

Much like “The Devil’s Backbone,” “Under the Shadow” uses war as a purveyor of true evil. It’s not a coincidence that the supernatural activity intensifies after a bomb literally drops through the roof of the apartment building. It also creates another unpredictable threat, the backbone of horror. And when Anvari’s vision of horror amplifies in the final act, it never loses its cultural significance. The djinn’s most common form comes as a hijab, both reflecting the restrictions of the culture and playing with Shideh’s concerns that she’s not a good mother or wife. In one of the film’s most striking moments, Shideh and Dorsa escape an attack, and run down the street, only to be taken in by authorities and reprimanded for not having their heads covered.

Most of all, when it really gets going, “Under the Shadow” is terrifying. Anvari has a subtle, impactful eye, going for the “jump scare” only a few times and really unleashing only when he needs to. Most importantly, Rashidi gives an incredible performance, finding a balance of strength and fear that serves as the metronome for the entire piece. Shideh is as defiant as she can be in a culture that doesn’t support defiance, but it is that backbone that arguably keeps her and her daughter safe. In that sense, “Under the Shadow” feels like a statement about independent women and the power to defy both cultural and supernatural threats. Listen to it.

There’s no statement to be found in the other three Midnight program offerings I saw this year. They are either shallow exercises in shock tactics or just purely lazy filmmaking. Or both! Let’s start with both. I’ve been waiting for years for Rob Zombie to match his concepts with his execution. He’s a filmmaker who has displayed a gift for the grisly (mostly in “The Devil’s Rejects”) and clearly has a passionate respect for the genre in which he’s now a prominent voice. So, even though I don’t like his films, I approach a new Zombie work with a surprising of anticipation. Maybe this is the one where it clicks into place. I should know better. 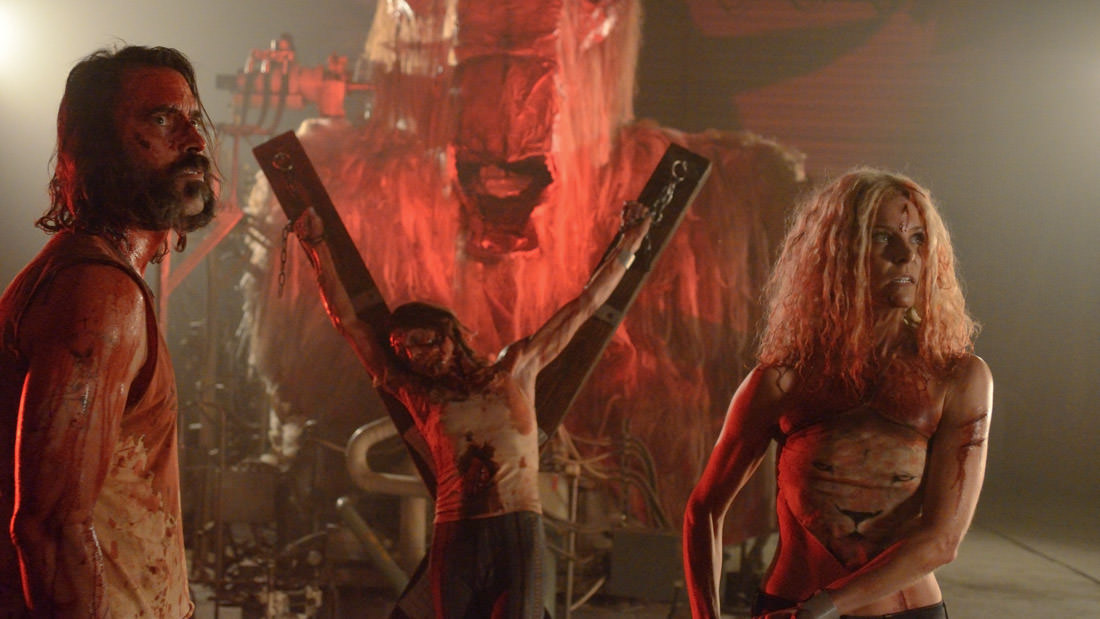 Rob Zombie’s “31” is an ugly, stupid, incoherent mess of a movie. In many ways, it’s Zombie’s most inessential work to date, cribbing from other films (both his own and Tobe Hooper’s “The Texas Chainsaw Massacre”) but failing often to provide base-level filmmaking skills. The fight/horror scenes in “31” are shot poorly and edited sloppily, resulting in a movie that feels more like an angry yell than an actual movie. There’s no reason to care.

The poor excuse for a plot in “31” details a group of broadly-drawn carnies in 1976 who stumble upon a house of horrors when they’re kidnapped by a group of lunatics who want to play a game called, you guessed it, “31.” Dressed like old aristocracy, three people, led by Malcolm McDowell, place odds on which of the five carnies will survive the night as they unleash serial killers on them. The first maniac du jour is a little person dressed in Nazi regalia who speaks Spanish and wields knives. Why? Why not? The next horror highlight is a pair of chainsaw-wielding clowns. You get the idea. Zombie sends some victims into his nightmarish vision of a haunted house occupied by real lunatics. It’s not a bad idea for a movie but the execution is atrocious. You can’t tell what’s happening half the time, Zombie still has no idea how to direct actors, and the whole film just devolves into a forgettable mess. 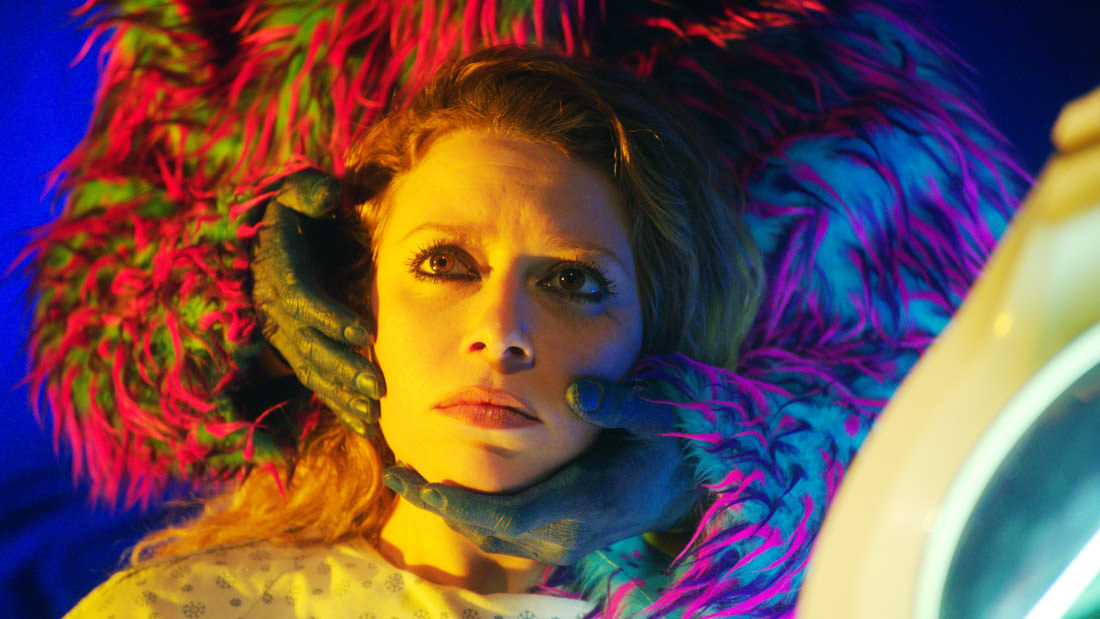 Similarly repugnant and forgettable is Danny Perez’s misfire “Antibirth,” starring Chloë Sevigny and Natasha Lyonne, two people who should have known better. At times, it feels like Perez is striving for a John Waters-esque horror-comedy and the final scenes of his film are so off-the-wall that they almost need to be seen, but the slog getting there just isn’t worth the destination.

Lou (Lyonne) and Sadie (Sevigny) live on the fringe of society, working dull jobs and living in a trailer. They drink and smoke a lot, hanging out with other junkies and bottom-feeders. After a party with such people, Lou wakes up with some strange symptoms that feel a bit like pregnancy. As her stomach expands, Lou and Sadie try to figure out what the Hell is going on. “Antibirth” is so unfocused and repetitive (I think Lou says something about “what happened that night” 45 times) that it starts to approach performance art. A blend of Satanism, sex and drugs with Natasha Lyonne and Chloë Sevigny shouldn’t be this boring. 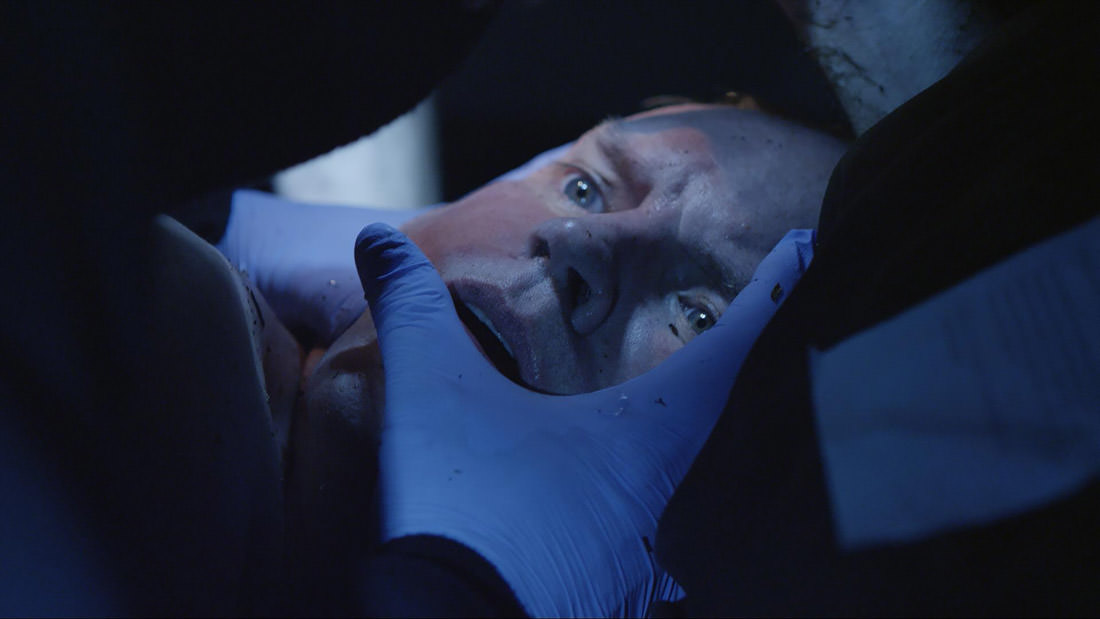 Finally, there’s the frustrating “The Blackout Experiments,” this year’s horror-documentary after the success of “The Nightmare” last year. Rich Fox’s film is about a bizarre event called Blackout. You get an email telling you to come to a specific location at a specific time. You fill out a questionnaire about your personal fears, sign a contract giving up liability, and agree to go alone through whatever you experience. It’s kind of like “The Game” or “Saw” in real life. In one case, a shirtless man covers a participant’s face with a plastic bag, nearly suffocating him before pushing him out into the street with no pants on. Another comes home to find three mysterious dots on his neck. What exactly did they do to him?

Why would anyone suffer like this? Some of the participants in “The Blackout Experiments” speak of past abuse and all seem to have a relatively high degree of insecurity, but the filmmakers fail to really ask the key question on either side of the experiment—why? They’re too busy over-directing the film, cluttering it with devices to make it feel more like a horror film instead of a documentary. It’s a misstep that not only makes for ineffective movie but a questionable one. Given the performative nature of Blackout, I’m not even sure how much of what’s in the film is real (and an interview subject does question if the filmmakers are passing along their fears to the experimenters). So, in that sense, “The Blackout Experiments” doesn’t even work well as a document of a strange subset of society willing to be tortured.