Sundance's Premiere category is not about competition, but it does often get the new film year off to a good head start. Often featuring projects from directors of note, the program is a preview of what titles will find their way to wider releases soon enough, with some of these films already landing distribution before Sundance is over. Adding to our coverage of the category, including "Wiener-Dog," "Frank & Lola," "The Fundamentals of Caring," "Certain Women" and much more, we've got a look at John Krasinski's "The Hollars," Whit Stillman's "Love & Friendship" and Asif Kapadia's "Ali & Nino," all of which made their world premiere this week in Park City.

Maybe if there weren't seemingly 500 films similar to "The Hollars" already playing at Sundance, actor/director John Krasinski's latest would have more going for it than naive plainness. In this one, a struggling artist named John (Krasinski) comes back to his middle-class roots to take care of his mother Sally (Margo Martindale, successfully heartbreaking), who has a brain tumor. Meanwhile, his brother Ron (Sharlto Copley, with an accent that wavers from Midwest American to South African) tries to see his estranged children, even though his ex-wife Stacey (Ashley Dyke) won't let him; a local youth pastor (Josh Groban, under-used) tries to talk to him. John's father Don (Richard Jenkins) is struggling with the family plumbing business, and becomes an emotional wreck anytime he gets near his wife--he also has guilt that he never noticed the tumor's symptoms previously.

"The Hollars" would be entirely harmless entertainment were it not for the machismo that rots the film at its albeit softie core. Krasinki's character is hardly likable, and not just because of an unfortunate scene he shares with a nostalgic tire swing. A half-baked subplot involves getting too close to a hometown girlfriend (Mary Elizabeth Winstead) right in the face of an old high school peer/Sally's nurse, Jason (Charlie Day). After an incident, Becca races from New York to Ohio to see John to make sure he's OK. Not long into her visit, she has to go to the hospital and finds out she's having twins—the conversation between John and Becca quickly devolves into her pitying him and his drawing career with a new family on the way, even though she's the one having two babies.

Aside from its naive sexism "The Hollars" stands out most for what it does with characters, either casting them with a little edge (Copley, Groban) or making their actions slightly unpredictable (down on his luck, when Jenkins wanders into a liquor store, it's not to buy booze). Their attitudes toward sadness can make for nice touches too, as the family is bonded by a goofy sense of humor.

Krasinski has a stiff lead acting presence, especially when he's sharing the frame with what should be an animated bunch. He has more life within his indie aesthetics, like economic cinematography that covers a lot of ground in few shots, or a pacing that bounces between its subplots with fair agility. It's just that the total package, by thorough construction, is like the indie film world spinning its wheels. If it were made even ten years ago, its sentimentality would likely work better than just a nice gesture. 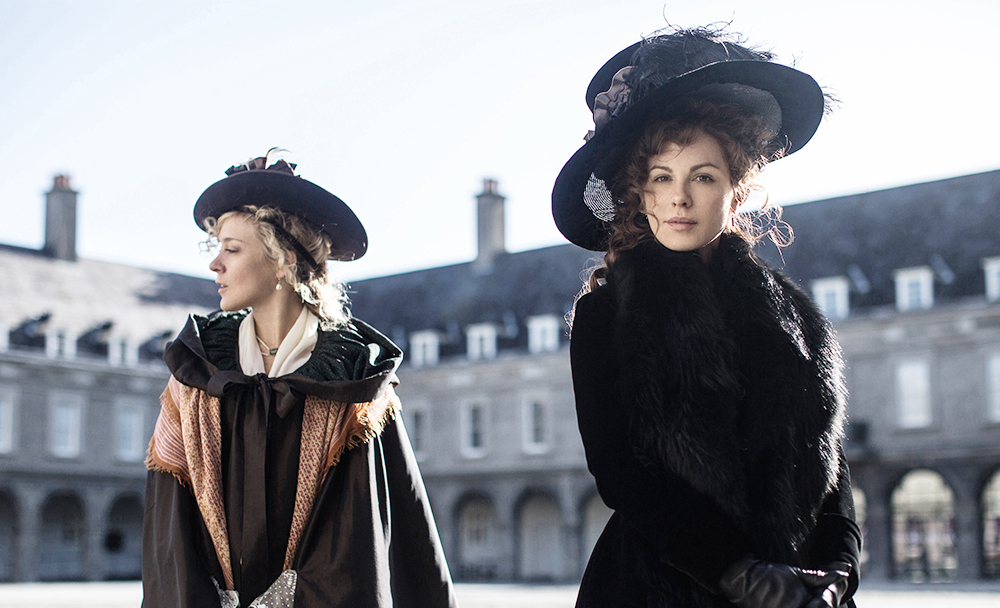 Whit Stillman's "Love & Friendship" is like a bizarre experiment to replicate a Jane Austen tale down to its style, and see whether or not it creates anything within the modern viewer. One can imagine Stillman made the movie because he loved the material, but more likely that he didn't care much about what audience it could garner (nor should he care). It's one of the crazier movies to be seen at the fest for such placement, but nonetheless enjoyable once you shift brain gears from nearly everything else on the Sundance docket to neatly-wrapped Jane Austen dialogue.

Stillman does have a sense of humor most of all in how to present his characters, with introductory cards of everyone before they appear within the story. These don't make processing everyone's background easier, but does establish the many threads that will be tangled and then untangled as the film goes along.

Based on Jane Austen's unfinished novella "Lady Susan," the film has sporadic irony about its very intense mission, using the material to ruminate on its title concepts with the speed of a very fancy runaway train. The center of this extremely low-key madness is of course Kate Beckinsale's Lady Susan Vernon Martin. From the film's beginning, she ignites a chain reaction of deceit and manipulated marriage vows. She tools the extent of her gullible relatives while pawning off her daughter Frederica (Morfydd Clark) to be married to the dimwitted, super rich Sir James Martin (a crowd-pleasing Tom Bennett, with the biggest jokes of the movie), and trying to find the way to marry into the most money possible. She receives some help from her American friend Alicia Johnson (Chloë Sevigny), who remains on the outside but makes plenty of jokes about moving to Connecticut as a death sentence.

In a way, "Love & Friendship" is like Stillman's own "Far From Heaven" (the Todd Haynes film) in how it honors a specific style of costume design, music and even locations (which are so legitimate that the locations scout even gets a shout-out in the opening credits). Even the blocking of a Jane Austen story is stubbornly honored, turning it into the (other) walk-and-talk spectacle of the festival. The dialogue becomes the center piece, while the fantastic production details paint a bigger picture.

As a film and not just a self-amusing exercise, regardless of whatever period, "Love & Friendship" translates universal dark humor and surprises, its pacing of the different gossipy exchanges becoming a crucial life source. The antics are timeless mean girl, and Beckinsale gives the show an energy while making it her own. There is something to admire about the movie's existence but it feels fleeting; Stillman contains this story without a context to the world around it. In that sense, it's somewhat more like pure, bygone entertainment, the Jane Austen equivalent of solid matinee fare. 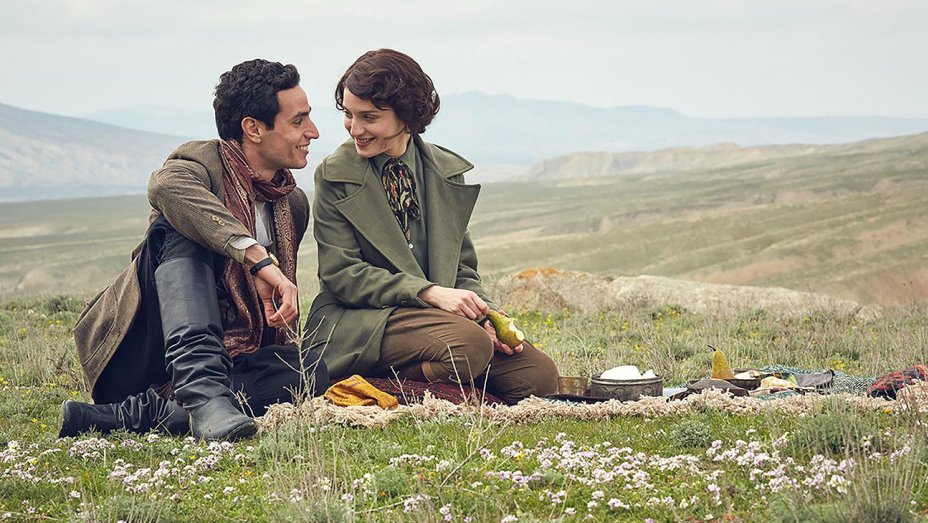 Another period piece that offers a jarring time travel trip through the Sundance schedule is "Ali & Nino," a project of shameless schmaltz from "Amy" director Asif Kapadia. Meant to sweep audiences away with a classic romance in a war-torn land, the film does little more than whiff through its grandiosity.

The setting for "Ali & Nino" is Baku, Azerbaijan, starting in the late 1910s. Its romance between the title characters concerns the Muslim and noble Ali (Adam Bakri), who is raised Asian in Azerbaijan, but is well-versed in Western values. He falls in love with Georgian princess Nino Kipiani (María Valverde), who by contrast is Christian and more immediately European. Their love is challenged when Ali kills a jealous friend who tries to kidnap Nino. Ali disappears to the mountains, until Nino flees herself to catch up with him. Away from the rest of the world, they are married and have a honeymoon of sorts, among sheep and some stellar mountain views. However, a fight for independence beckons Ali, who returns to fight for his nation in its historic events.

The film is told with lifeless Hollywood gloss, assuming the prestige of a classic romance with scant heroic aesthetics of its own. Its two leads are generic to the point that their attractiveness is why we are supposed to care about them. And though Kapadia creates a sense of largeness to the story, distance is never a problem for characters separated by thousands of miles, who are easily reunited whenever the story beckons. Kapadia films his inserted battles with the same lack of grit, making a movie where love & death have little meaning other than spectacle, despite the true events at the center.