Over the Labor Day weekend, dedicated cinephiles, renowned storytellers and world famous stars came together for the 43rd time in the laid-back streets of Telluride, surrounded by the picturesque views of The Rockies. The small but typically rich program offered many delicacies to indulge in: some—like Maren Ade’s “Toni Erdmann” and Pablo Larraín’s “Neruda”—hailing from Cannes, some—like Kenneth Lonergan’s “Manchester by the Sea” and Otto Bell’s “The Eagle Huntress”—rekindling their Sundance glory, and others world premiering (such as Barry Jenkins’ “Moonlight”). There were also films like Damien Chazelle’s “La La Land,” which reinforced their euphoric Venice reception of just a few days prior, after completing a most impossible physical journey from The Lido to the mountains of Colorado.

It’s tricky and often unfair to stuff the diverse and assorted programming of a film festival inside a coincidental “trends” wrapper, although common denominators eventually and inevitably reveal themselves slowly throughout the course of each. There are multiple ways to dissect the common ground within this year’s Telluride line up, and how one reads its overarching themes will naturally depend on what one manages to see over the course of its cruelly short duration of three-plus days. But what jumped out at me after seeing 14 of the 28 feature length films in the festival’s main program (I admit, I saw a pair among them in advance) was the strength and singularity of female-driven stories.

True, the festival didn’t fare too well for female directors: less than 25% of the main program was directed/co-directed by women. And also true, one of festival’s open-to-public panels titled “How do the films of 2016 redefine the American Hero?” uncomfortably featured four white males: Bryan Cranston, Tom Hanks, Miles Teller and Aaron Eckhart, all of whom starred in at least one film in the festival’s program. It was a jarring fact firmly and uncomfortably acknowledged by moderator/Columbia professor Annette Insdorf (“We really tried,” she said, briefly noting the understandable logistical difficulties) and satirically/effectively recognized by Hanks in the intro. But amid the male heroes of "Sully," “Manchester by the Sea” and “Bleed for This” and several names that will likely pop-up in the awards season's upcoming Best Actor race, women left a deep, irrefutable and unforgettable mark.

It all started on the festival’s first day with “La La Land”’s Emma Stone, who stars in Damien Chazelle’s dizzyingly lovely, boisterous musical as Mia, a starlet and playwright with big dreams. While her co-star Ryan Gosling, in the role of a purist jazz musician with aspirations and plans of his own, equally inhabits this joyous yet heartbreaking story of young lovers with incompatible ambitions, it is Stone’s Mia that eventually steals the show and occupied the chatter in the mountains. Mia, despite being the heroine of a love story, is far from a mere throwaway love interest. She is a well-rounded character, allowed joys, sorrows, failures and triumphs of her own. And it is mostly her perspective in the film’s final moments that elevates “La La Land” to renewed emotional heights. Moreover, through Mia’s various acting auditions—some comedic, some soul-crushing—Stone is notably provided with a lush opportunity to display her acting range.

Another distinguished female character—in fact, perhaps Telluride’s most noteworthy—was Dr. Louise Banks of Denis Villeneuve’s “Arrival,” a linguistic expert tasked to decipher the language of Earth-visiting aliens, played by Amy Adams with deep emotional strength and commitment. While she is joined by Jeremy Renner playing Ian Donnelly, a scientist paired up with her in the governmental mission of alien communication, it is Adams’ Dr. Banks that drives the narrative forward and comes out of “Arrival” as the film’s sole lead. Unapologetically motivated by her professional zeal and rationality, but forever marked by a parental trauma (the details of which “Arrival” erupts early on, only to enrich its layers later), Dr. Banks joins the ranks of Ellen Ripley (“Alien”), Ryan Stone (“Gravity”) and Eleanor Arroway (“Contact”) as an unforgettable and multifaceted female sci-fi hero. 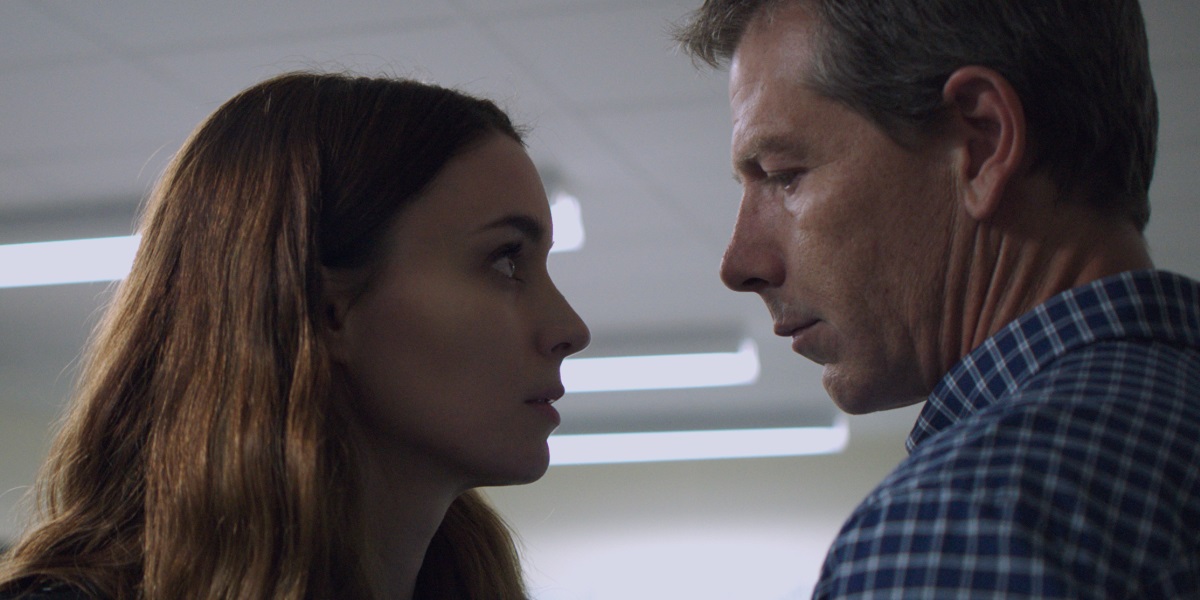 In Benedict Andrews’ “Una,” the exquisite Rooney Mara sharply plays the title character, a sexual abuse survivor, with conviction and a piercing bitterness. With writer David Harrower adapting from his own stage play "Blackbird," “Una” is a complex, unflinching look at the wounds carried by female victims of sexual abuse and a film that stays within the emotional world of the deeply-wounded throughout. We learn the details of Una’s story through flashbacks, when she decides to visit her abuser (who manipulated and took advantage of her when she was just a young teenager) at work and confront him with harrowing memories of the past. The most remarkable aspect of “Una” is its dedication towards fully and completely hearing out an abuse victim, and the distressing but timely questions around the nature of love and sexual consent it raises. This is a film that understands and laments the often ignored, complex psychological damages sexual abuse victims carry within. It makes you feel the excruciating pain.

In Aisling Walsh’s heartwarming gem “Maudie” and Mia Hansen-Løve’s intellectually nourishing “Things to Come,” two of the female-directed films in this year’s line-up, we follow two distinct women who painstakingly rise above their life obstacles and challenging marriages. This is naturally a lot easier to accomplish for Nathalie Chazeaux of “Things to Come,” a French college professor and privileged intellectual (gracefully played by Isabelle Huppert) with a taxing mother and a quietly crumbling marriage. For the titular character Maudie (Sally Hawkins, terrific in an emotionally and physically challenging role), an arthritic woman from Nova Scotia with limited prospects, it’s undoubtedly a few notches tougher. But watching her stand tall against her initially abusive husband (played by Ethan Hawke) and discover her blooming talent as an idiosyncratic artist is all the more rewarding and uplifting in this tear-jerking true story.

Among the titles I’m still yet to see, Maren Ade’s Toronto and New York Film Festival-bound “Toni Erdmann” continued to make waves for writer/director Ade and Sandra Hüller, in the role of a woman tantalized by the surprise visit of her estranged father. In another father/daughter story that is often referred to as a “story of female empowerment," Otto Bell’s documentary “The Eagle Huntress” exuberantly took over Telluride with Aisholpan’s tale; a 13-year-old Mongolian girl that dares to overturn a long-standing male tradition and become the first female eagle hunter in 12 generations.

Surely, film festivals across the board can make more of an intensified, conscious effort to program their selections with an eye toward gender balance. Stories of/by women of color are especially notable absentees year after year. But for the careful observer, the festival circuit of this year won’t be solely marked by men or define the future of male heroism in cinema. Dig through the season’s offerings and you will agree.