Fantasia Fest 2016: “Beware the Slenderman,” “The Unseen,” “The Master Cleanse”

Montreal’s Fantasia International Film Festival launched its 20th iteration this past weekend, and the array of horror, sci-fi, fantasy and downright unclassifiable films that have already premiered is downright overwhelming. Culling the best genre entries from fests like Sundance and SXSW, while also offering dozens of its own premieres, Fantasia is a movie lover’s dream, an event clearly programmed and staffed by people who love cinema. Justine Smith is there for us this year (and already filed this preview and this interview with Takashi Miike), but I’ve been exploring what the fest has to offer as well, and am remarkably impressed by the variety and depth within this increasingly essential event.

Several of the films that premiered over the weekend at Fantasia are ones that I saw and loved at other festivals in the last year. From 2015’s TIFF, there’s Marcin Wrona’s stunning “Demon,” a variation on the classic possession tale with a marital spin. Atmospheric and terrifying, it will have a limited release stateside later this year. As for films that are already out in the U.S. but not Canada, Fantasia included Taika Waititi’s “Hunt for the Wilderpeople” in their program this year, and my love for that film is pretty clear in my review. If it’s still playing wherever you live or yet to open there, make sure you set aside time to see it. One of my favorite films of Sundance 2016 was Nicolas Pesce’s “Eyes of My Mother,” a twisted but lyrical look at madness. Finally, there’s Ti West’s clever “In the Valley of Violence,” a movie we were ecstatic to Chicago premiere at the Chicago Critics Film Festival (which also played Wrona and Waititi’s films) earlier this year. West’s take on the Western genre features great performances from Ethan Hawke and James Ransone, among others, and should garner fans when it’s released in October from Focus World.

What’s new at Fantasia? Of the films I’ve seen recently for coverage, the best is Irene Taylor Brodsky’s heartbreaking “Beware the Slenderman,” a documentary about the Wisconsin Slenderman Stabbings from 2014 which will air later this year on HBO. If you’re not familiar, in May of 2014, after a normal slumber party, two young girls stabbed the third girl with whom they had been friends. Why? To appease an online boogeyman known as the Slenderman, a nightmarish creation spawned in a Photoshop contest in 2009 but given stunning life through the virality of our modern age and the power of the unknown. The Slenderman myth contains DNA of classic boogeymen like the monster under your bed or Freddy Krueger, but he’s gained new life in an era of online bullying and preteen disenfranchisement. The Slenderman is terrifying but also comforting, something that will take the pain away from the bullied child in need of rescue. These two girls believed that by stabbing the third girl as an offering of sorts to the Slenderman they would be taken away to live in happiness with this faceless, suited figure.

Brodsky’s film has multiple goals, and might have been better served by a docu-series like Netflix’s “Making a Murderer,” given how much it attempts to tackle. The documentary alternates between the details of the trial, mostly the phase in which the court had to determine whether to try these preteens as adults because of the severity of the crime, interviews with the girls’ parents, a history of the Slenderman myth and a commentary on how these kind of online creations spring to life in the first place. Of course, the material with the devastated families hits this parent the hardest. Watching mothers and fathers try to figure out how this could have happened is heartbreaking. Morgan’s mother talks about how her daughter didn’t have empathy at a young age; Anissa’s dad swears he monitored her online usage. We later learn that Morgan has a severe mental illness and Anissa was bullied. In both cases, it feels like the internet was merely a household match to light the fire. 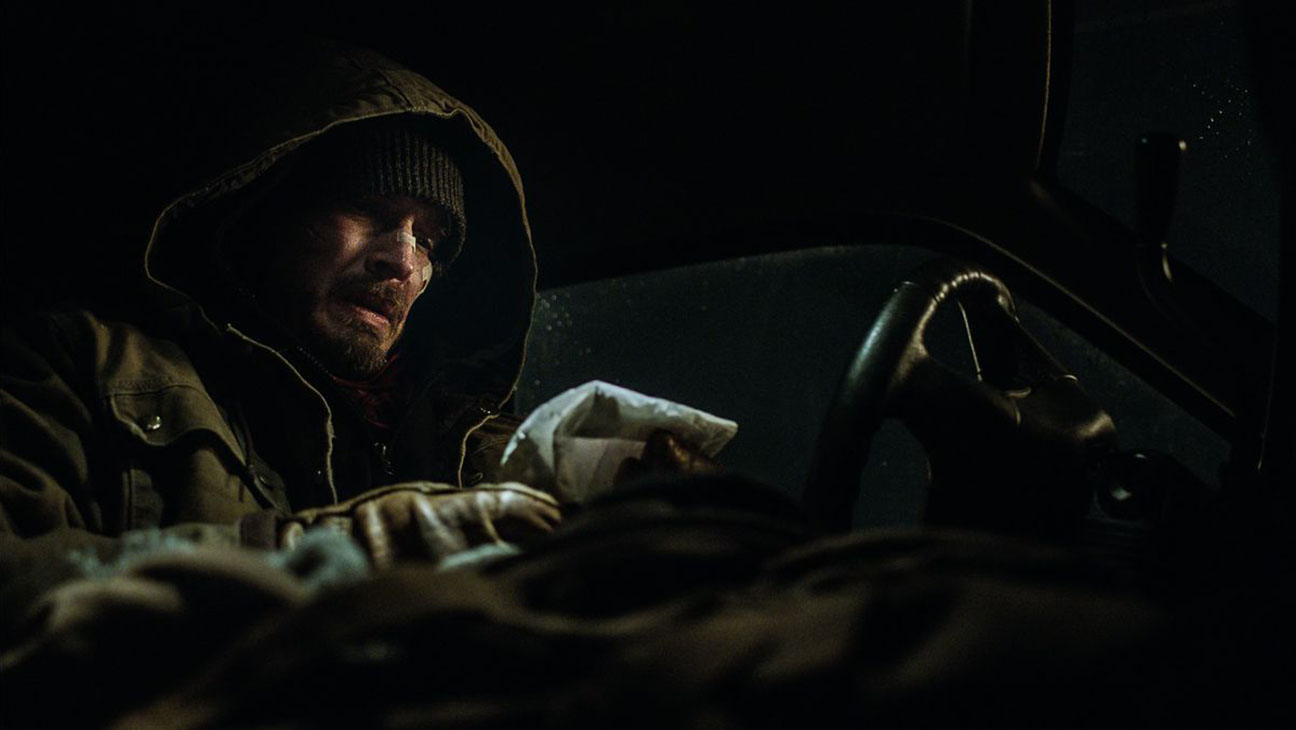 The two fictional films I’ve seen for Fantasia coverage are less effective than the true story of the Slenderman, but both have elements worth recommending. For “The Unseen,” the MVP is Aden Young, star of Sundance’s incredible “Rectify.” In Geoff Redknap’s film, Young plays Bob Langmore, a logger who has left his family behind, but is called back in when his daughter Eva (Julia Sarah Stone) starts acting up. Bob’s ex-wife Darlene (Camille Sullivan) can’t reach her, and so she begs Bob for help. The only problem is that Bob is in serious pain, and, well, there’s no easy way to put this, disappearing. Rednkap’s film is a variation on “The Invisible Man,” using the protagonist’s condition as an allegory for how we look at mental illness. Sadly, while Young is expectedly great and totally committed, there are some remarkably awful supporting performances and the rhythm of the piece is off, especially when it shifts to become a very different film around the 45-minute mark. Young keeps pulling it back from disaster, but just barely. 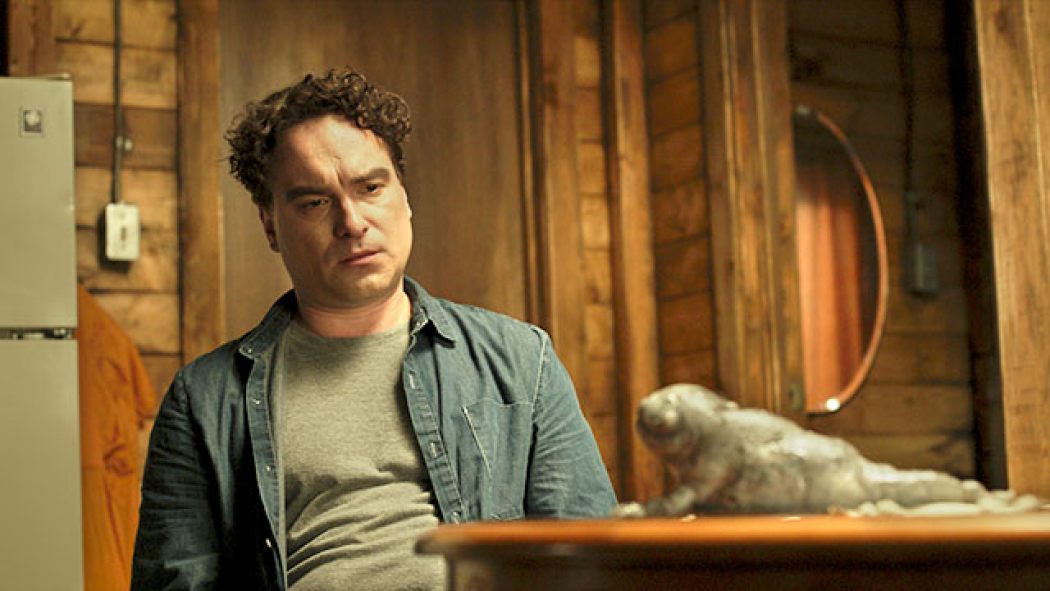 Finally, there’s Bobby Miller’s (relatively) star-studded “The Master Cleanse,” a film with a remarkably clever and fun first act that just starts spinning its wheels around the halfway mark on its way to an unsatisfying ending. Johnny Galecki (nice to see away from CBS’s “The Big Bang Theory”) plays a relatable guy in a bit of an emotional crisis. He was left at the altar and he’s looking for answers to fix his life. He’s drawn to a company called “Let’sGetPure.com,” who promise an opportunity to “face your demons today.” He doesn’t know it’s literal. At a retreat, he meets other people trying to destroy their demons (including those played by Kyle Gallner, Diana Bang, Kevin J. O’Connor and the wonderful Anna Friel), and encounters the leaders of the organization—Anjelica Huston and Oliver Platt. Amazingly, this is a film that cast a legend like Anjelica Huston and then gave her almost nothing to do. One night after finishing the cleansing liquid he was ordered to drink, our hero literally pukes up his inner demon. Now what does he do with it? Sadly, the movie never really answered that question, and Miller’s film wastes its set-up and talented cast. At an event like Fantasia, movies like this are easy to forget; there’s a better one playing shortly.

Come back next week for more coverage from Justine and I’ll offer some thoughts on “Let Me Make You a Martyr,” “Man Underground” and “Tank 432.”