Ebertfest 2017: "To Sleep with Anger," "Mind/Game: The Unquiet Journey of Chamique Holdsclaw"

It was such a joy to have Robert Townsend at this year's Ebertfest. He got the audience on their feet in order to welcome revered director Charles Burnett to the stage. The Q&A that the two men had afterward was very provocative as was the panel moderated by Eric Pierson following a screening of "Mind/Game: The Unquiet Journey of Chamique Holdsclaw," which is featured later in this post. I thought it appropriate to pair that documentary with Burnett's "To Sleep with Anger," since both films are about loving families that are preyed upon by some sort of dark force, whether it be metaphysical or psychological.

The following review of "To Sleep with Anger" written by Chuck Bowen of Slant Magazine was published in the official catalogue of Ebertfest 2017. It screened at the festival on April 20th with director Charles Burnett in attendance. Here is the introduction to the film, followed by the Q&A posted after the review.

Filmmaker Charles Burnett has an extraordinary gift for fashioning symbolism that enriches his themes while appearing spontaneously “found,” giving his work a distinctive magical quality that feels controlled yet shaggy and playful. In his fictional features, as well as his documentaries and shorts, Burnett captures quotidian textures that enhance the overall arc of his films, while honoring the singular mystery of each individual detail, acknowledging its right to exist apart from a grand plan. It's a delicate aesthetic tightrope to walk, capable of collapsing into solipsistic preciousness, yet Burnett manages it time and again, forging an art of beautiful fragility.

“To Sleep with Anger” opens on Gideon (Paul Butler), an aging African-American man sitting upright in a wooden chair, formally facing us in a sharp silver-tinged suit. Sister Rosetta Tharpe's cover of “Precious Memories” plays on soundtrack, lending the scene a gentle and languorous atmosphere of regret that complements the irritated look on Gideon's face. The camera moves over Gideon toward the right near the wall behind him to reveal an old portrait of an elderly African-American woman. After seeing the film in its entirety, we assume that this is a picture of Big Mama, who's referenced only a few fleeting times in the dialogue, but whose absence casts a pall over the narrative. 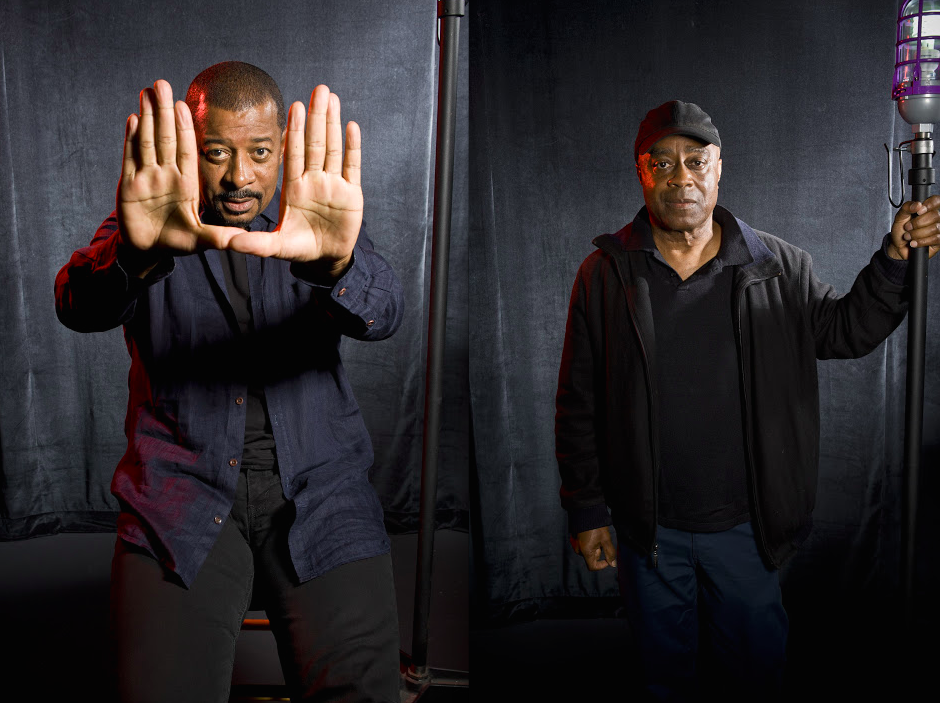 The camera tilts below the picture and stops at a table with a bowl of fruit, including an apple cut in half, browning a bit in the center. This will also retrospectively strike us as significant symbolism, rhyming with Burnett's most ostentatious flourish: The fruit irrationally catches fire, and so do Gideon's feet. This image fades into another of Gideon's feet, now bare, as he sits on a tree stump in his garden, seemingly awakening from a dream. This is yet another moment that gains stature on the rebound: Has Gideon just awoken from a prophecy of what is about to happen to him and his family, who are put through an ordeal that offers them a catharsis from reenacting the resentments carried over from prior generations? In roughly three minutes, from the opening credits to this first post-credits scene, Burnett has entirely established “To Sleep with Anger”'s emotional and thematic logic, with a mathematical precision that also allows for mystery and nuance.

Burnett sketches the details of the lives of Gideon and his family, bridging theatrical dialogue, portentous omens and presentational acting with a grace that's so masterful as to appear effortless, capturing enough life and subtext for several films. A boy practices his trumpet next door to Gideon's home, blowing awkwardly and irritating everyone in his periphery, including other boys who ridicule his struggles. Pigeons fly into the sky in rapturous slow motion. Gideon argues with his wife, Suzie (Mary Alice) about one of their sons. By the time that Harry (Danny Glover) arrives at Gideon and Suzie's doorstep, Burnett has carefully established this family as a group of decent yet uncertain people who are haunted by the legacy of American slavery. 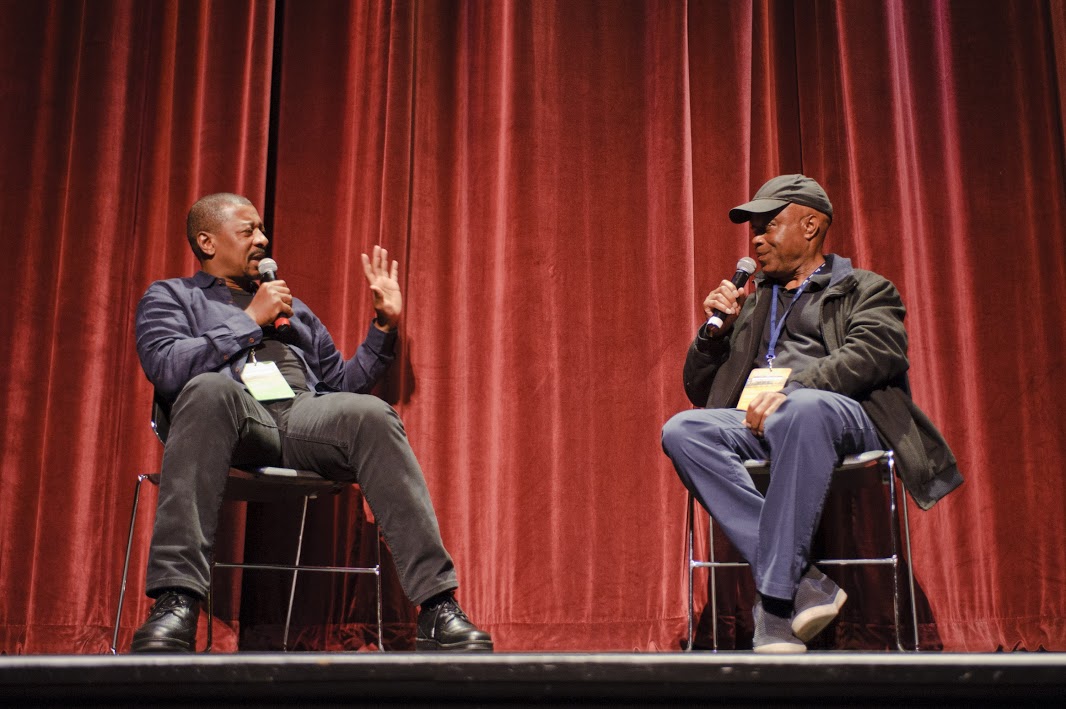 “To Sleep with Anger” refers many times to the notion of the “the right thing happening for the wrong reason,” and there are accompanying references to superstitions and tall tales linked to Gideon, Suzie and Harry's generation.

This is what Harry represents: a force of wrong that eventually yields a right, exorcising Gideon's family of a little of the tension of its legacy. As someone amusingly says, Harry prides himself on playing the “colored gentleman,” but he's a self-absorbed flimflam man with suggestions of real danger. Harry slinks into Gideon and Suzie's home in Los Angeles from the South, where they all once lived, rekindling old stories of brutal racial violence and gambling and carousing. Harry gradually usurps Gideon's home out from under him, which Burnett charts with haunting specificity. When Harry eventually grows emboldened enough to lounge in the living room with his robe open, cutting his toenails on an old newspaper, the suggestion of intimacy, presumption and smugness is obscene. (As Harry, Glover gives the performance of his career, offering an astonishing portrait of how passive aggression begets open aggression, though the rest of the cast is equally unforgettable, particularly Butler, Alice and Richard Brooks.)

“To Sleep with Anger” is another neglected masterpiece of African-American cinema, along with “Nothing But a Man,” “Ganja & Hess,” “Losing Ground,” “Daughters of the Dust,” and others that have been restored and re-released in a limited handful of theaters over the last few years. The trend is encouraging, hopefully reflecting the rewriting of the canon of American cinema, highlighting a few of the voices that have been ignored so as to proffer an unrepresentative through line of white male actualization. This implication of estrangement and marginalization bleeds into “To Sleep with Anger,” though Burnett has the daring to end it on an overpoweringly hopeful note. That boy and his trumpet finally find unity, learning to sing.

The following review of "Mind/Game: The Unquiet Journey of Chamique Holdsclaw" written by Matt Fagerholm was published in the catalogue of Ebertfest 2017. It screened at the festival on April 22nd with director Rick Goldsmith in attendance. Here is the introduction to the film, followed by the Q&A and panel posted after the review.

Some athletes are so thrilling to behold in action that they not only earn the admiration of typical sports aficionados, they seduce the world. Any Chicagoan who grew up in the ’90s can recall idolizing Michael Jordan when he led the Chicago Bulls to six championship victories. During the years of Jordan’s second “three-peat” with the Bulls, a college basketball player named Chamique Holdsclaw was making history as well. Her three championships at the University of Tennessee caused some commentators to predict that she could become the next Michael Jordan. Holdsclaw was such an unstoppable force on the court that she inspired fans of rival teams to cheer her on as she made basket after basket with seemingly effortless grace. It wasn’t long until Jordan found himself in a commercial on a golf course where he was asked by a caddie if he’d like to “Be Like ‘Mique.’

There’s no question the archival footage of Holdsclaw’s glory days are one of the chief highlights in Rick Goldsmith’s touching documentary, “Mind/Game,” yet the film is about a much deeper triumph. Something beyond her natural drive and ambition was fueling Holdsclaw’s momentum in these games, and it took a decade for her condition to be properly diagnosed. Bipolar disorder carries with it a stigma that has been intensified by sensationalistic thrillers such as Adrian Lyne’s “Fatal Attraction,” which its own star, Glenn Close, has credited with contributing to the public’s misunderstanding of mental illness. 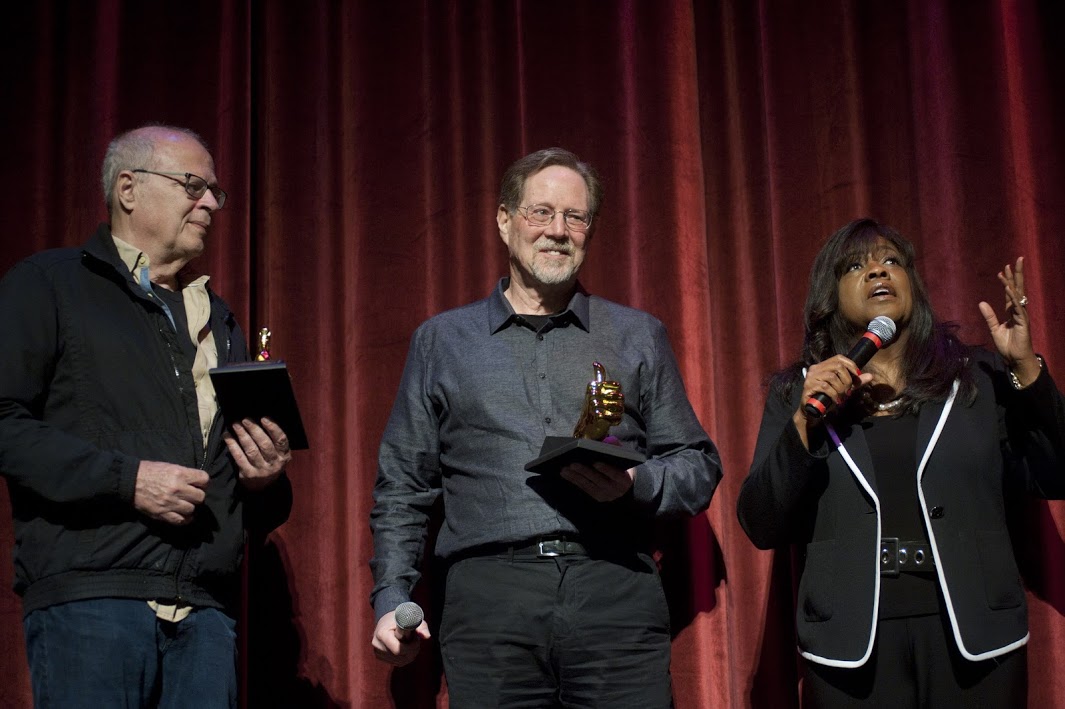 Only recently has cinema presented audiences with far more humanistic portrayals of people with bipolar, particularly Valerie Weiss’ “A Light Beneath Their Feet” and Paul Dalio’s “Touched with Fire.” Both films meticulously portray the bursts of energy caused by an afflicted person’s symptoms and how difficult they are to bid adieu. Would Holdsclaw have reached the success she did if she had been medicated? Perhaps not, but there’s no denying that her greatness comes first and foremost from the strength of her character.

From an early age, Holdsclaw was tasked with much more than a person her age is often required to handle. Her mother’s drinking and her father’s undiagnosed schizophrenia forced her to be an adult when she was still a child. Her self-sufficiency proved to be an asset, as did the frustration she channeled into her performances in each game. Basketball became her coping mechanism, but it could only take her so far before the inevitable burn-out. Though she never became the “future of the WNBA” as the hype machine had predicted, Holdsclaw will leave an even more transformative impact on the sport through the power of her voice. 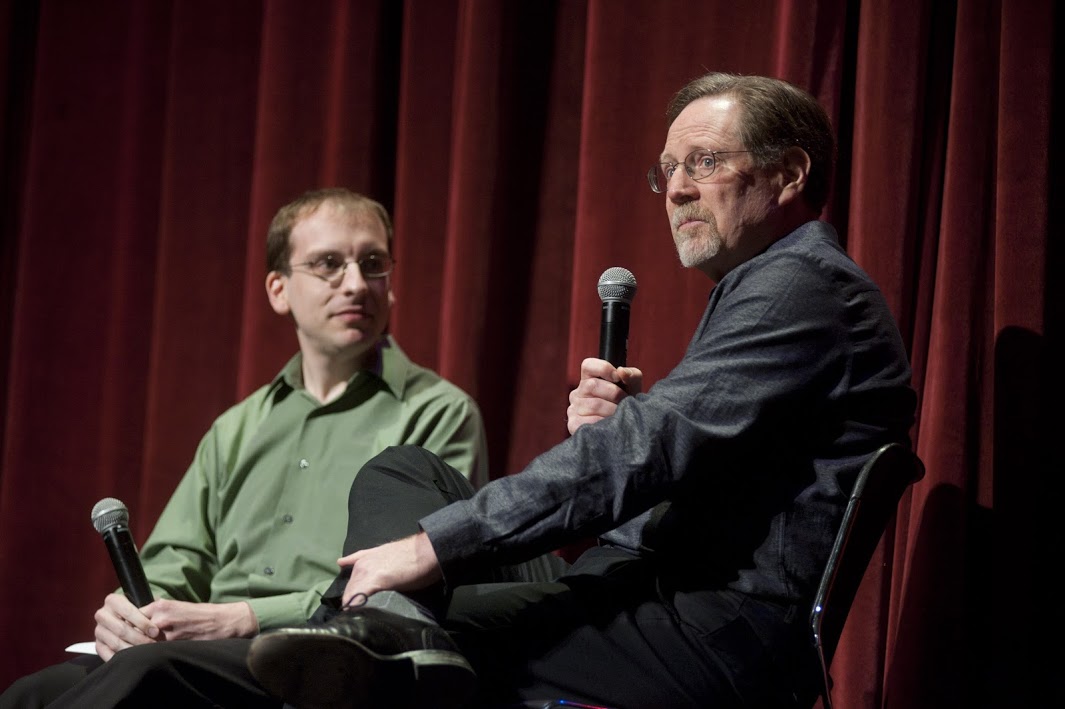 Goldsmith has a penchant for exploring the lives of those who break the mold, having co-directed the acclaimed 2009 documentary, “The Most Dangerous Man in America,” about whistleblower Daniel Ellsberg. Speaking out about one’s own mental illness as a female athlete of color is fraught with risks, and the strongest moments in Goldsmith’s film occur when he hones in on the insights Holdsclaw shares with others, whether she’s delivering a speech or teaching youngsters. An entire film could be built around Holdsclaw’s line about how minority communities refuse to accept the issue of mental health because they lack the resources to deal with it. “Praying it away” will do little more than lead one down the thorny path of denial.

By confronting her own issues and opening up about them, Holdsclaw’s heroism transcends the boundaries of sports. Her advocacy stands as a counterpoint to the secrecy so well-observed in Peter Landesman’s under-appreciated “Concussion,” where profit is repeatedly prioritized over the health of players, even after so many have succumbed to brain damage. “Mind/Game” clocks in just under an hour, though it leaves one wanting to see a more fully fleshed-out portrait of Holdsclaw. Still, it is a testament to Goldsmith’s editing that the picture doesn’t come off as a hagiography by gliding superficially through her challenges. 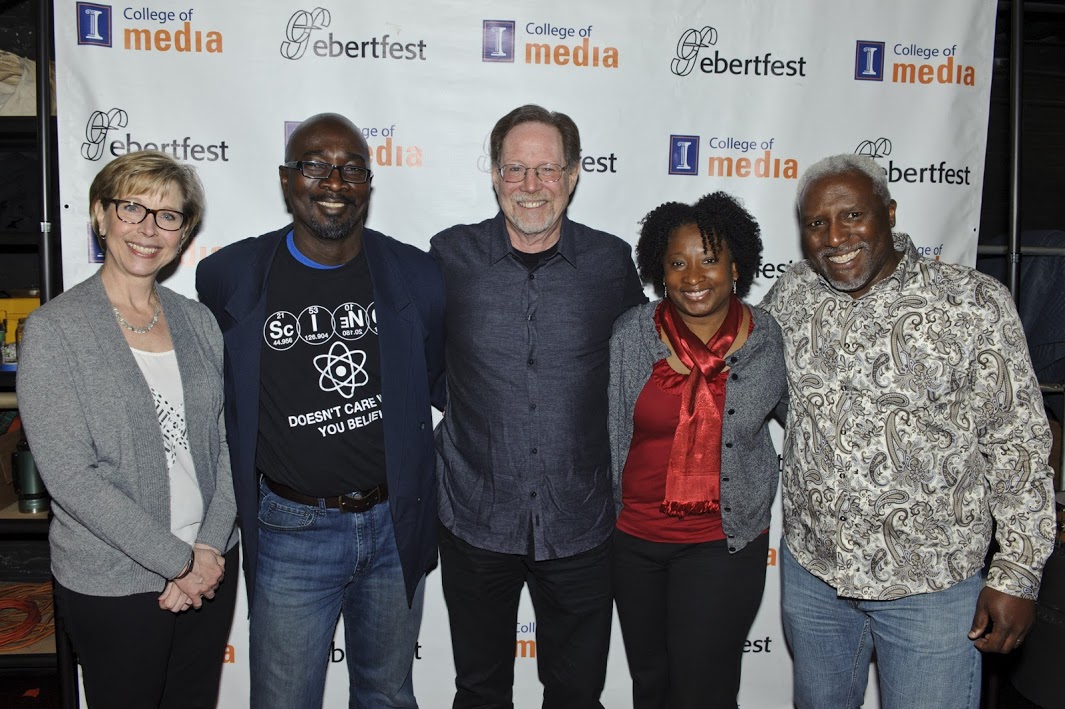 I especially liked the footage of Pat Summitt, the late, great coach at the University of Tennessee, who guided Holdsclaw through her early stumbles with a fiery authority that kept the already-lauded player on her toes. The film also pulls no punches in depicting the lows endured by Holdsclaw, following a series of personal tragedies. A suicide attempt or an arrest warrant would normally lead one’s life off the rails, but she continuously comes back all the stronger, while keeping her dignity intact. Not easily prone to crying, Holdsclaw’s voice momentarily cracks while speaking about her friendship with Asia Lampley, a bodybuilder who has also struggled with bipolar disorder. She’s the sort of ally that the basketball star may never have found had she not been brave enough to open up.

With its superb score by Miriam Cutler and narration by Glenn Close (a classy move, no doubt), “Mind/Game” is an inspiring portrait of an extraordinary female warrior. The open-ended quality of the film’s ending is entirely appropriate since Ms. Holdsclaw’s story is far from over. I cannot wait for the sequel.