Reality television so often fails to transcend mere exploitation that it’s rare to find a program capable of providing enlightenment to viewers. That is precisely what TLC’s “I Am Jazz” has done over its first two seasons by placing an endearing human face on an issue still widely considered taboo. The show follows transgender teenager Jazz Jennings and her tirelessly supportive family as they share their story in the hope of combating ignorance and bigotry. In Jennings’ excellent memoir, Being Jazz, she writes about how her father, Greg, fought a two-and-a-half year-long legal battle for his daughter to be included on the girls’ soccer team. I was frequently reminded of their story while watching Nathan Adloff’s lovely second feature, “Miles,” a semi-autobiographical slice of life about a gay teen who joins the girl’s volleyball team at his rural high school. With his family’s savings obliterated and his sights set on enrolling at a Chicago college, Miles (terrific newcomer Tim Boardman) believes that a volleyball scholarship will be his ticket out of the small-minded town he has begrudgingly called home. Though the Title IX law prohibits gender discrimination in schools, its policies regarding equality don’t go nearly far enough, causing Miles and his fearless coach (Missi Pyle, channeling Betty Buckley in “Carrie”) to “rock the boat,” even if it means facing penalties from the school board.

In light of the opposition transgender students are currently facing when fighting for their rights to use the bathroom consistent with their gender identity, Adloff’s call for tolerance is timelier than ever. One could easily see this same material portrayed as a wrenching drama, yet what is so disarming about “Miles” is the boundless warmth and humor Adloff and his co-writer, Justin D.M. Palmer, have infused into every scene. This is a resoundingly optimistic film, and never in a cloying sense. As in his wonderful 2012 debut feature, “Nate & Margaret,” Adloff proves especially gifted at exploring the relationship between a younger man and an older woman—in this case, Miles and his mother, played with infectious zest by Molly Shannon. The film is, in many ways, a love letter to ’90s cinema. It’s especially fitting that Adloff sets the film in 1999, since that’s the same year Stephen Root (who plays Miles’ father) had his iconic role in “Office Space”—which Miles directly references in one of many sly in-jokes. Some of the most touching moments occur during online chat sessions, as Miles finds catharsis in articulating thoughts he can’t express aloud. Whereas the closeted protagonist of Barry Jenkins’ “Moonlight” leads a life of quiet desperation, “Miles” points toward a more hopeful future for people whose existence can no longer be denied. 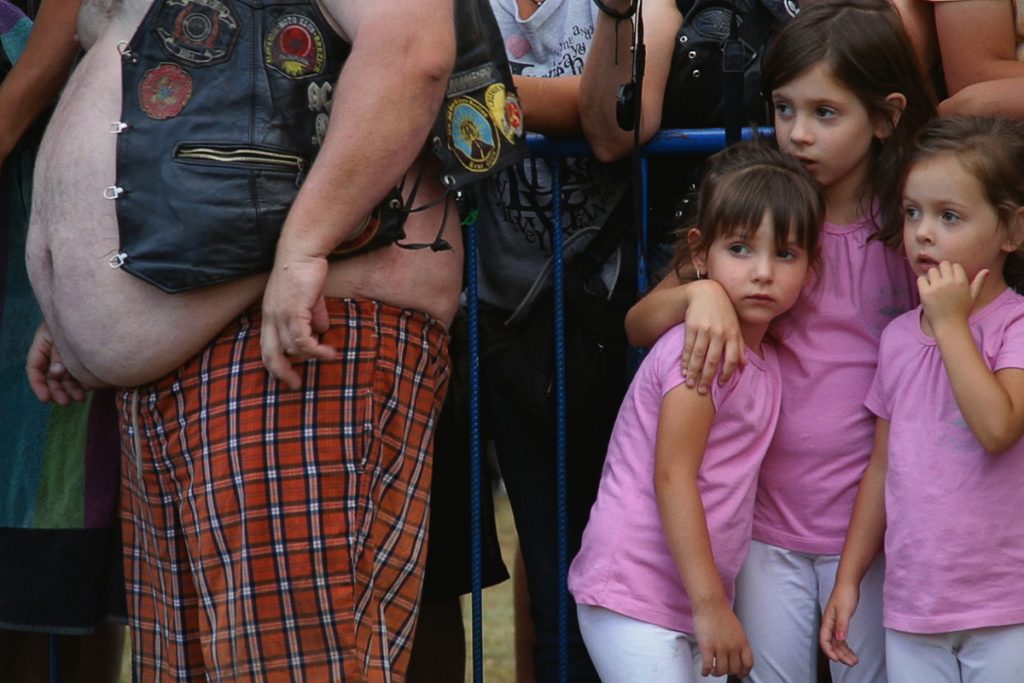 One of CIFF’s unsung heroes over the last couple of years has been programmer Anthony Kaufman, who has a keen eye for selecting artful and provocative documentaries. A selection at his inaugural DOC10 Film Festival this past April, Rokhsareh Ghaem Maghami’s “Sonita,” still stands as the best film I’ve seen all year. Kaufman’s documentary line-up at CIFF 2016 has not disappointed, and one of its brightest gems is surely Shawn Convey’s “Among Wolves,” a consistently surprising and entrancing portrait of Bosnian war veterans who are members of a motorcycle club. Don’t let their macho appearances and expletive-laden speech deceive you. These guys are good-hearted souls who have devoted their lives to humanitarian work, though they insist their actions are not performed out of guilt or because they owe anyone anything. Lija, the club leader, forbids troublemaking and encourages his men to carry out such humble deeds as fixing the boiler in a kindergarten or giving their jacket to a shepherd in need of extra clothing.

Clearly haunted by memories of war, the bikers visit old military tanks while gazing at tranquil countrysides that were once bathed in blood. There’s great poignance in how the men feel compelled to protect a herd of wild horses, since the creatures have been discarded by society much like the veterans themselves. As a meditative mood piece, the film builds an arresting power similar to one of Kaufman’s selections from last year’s CIFF, Ostap Kostyuk’s “The Living Fire,” which revolved around shepherds seduced by the solitude of life in the Carpathian mountains. Convey shares Kostyuk’s intuitive skill for finding poetry in found images. In eloquent voice-over, Lija reflects on the number of times he’s been forced to answer questions “that shouldn’t be asked of him” about his war experiences. The invasiveness of the public eye makes Lija all the more eager to escape into the mountains, and there is an unforgettable shot taken through the windshield of the club leader’s car as he walks up a hill until his silhouette vanishes over the horizon. 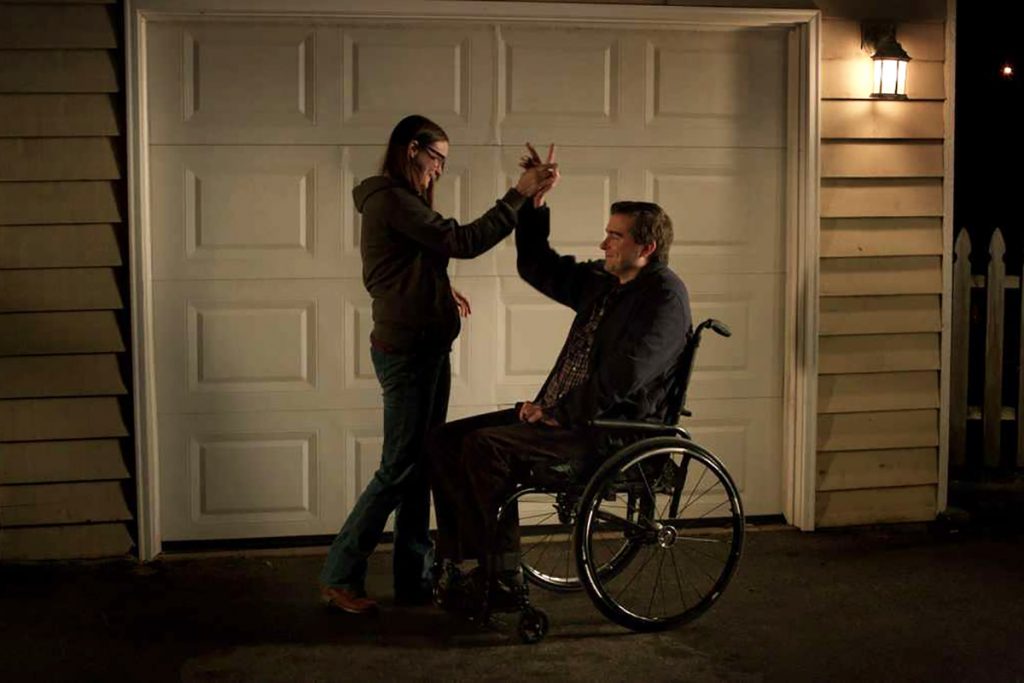 Sometimes the age of an actor doesn’t necessarily need to match the age of their character in order for their performance to ring true. That’s certainly the case with Amanda Drinkall, the Jeff Award-winning actress cast as the 17-year-old heroine in Caitlin Parrish and Erica Weiss’ coming-of-age drama, “The View from Tall.” There’s no question Drinkall is older than her role, yet that works for three key reasons. First of all, her character of Justine is a razor-sharp but awkward young woman who conspicuously sticks out when walking the school halls, and is treated like a pariah by her name-calling peers (“I’m not a lesbian, I’m just tall,” she explains). Justine also becomes involved in adult situations that would be harder for audiences to stomach had she been played by an actual 17-year-old. And most importantly, Drinkall is a fantastic actress who is more than capable of enabling audiences to suspend their disbelief. Of course, it helps that the script, which Parrish adapted from a play she wrote at age 18, is immensely witty and honest in its study of stigmatized people craving to be seen and embraced for who they are. After an affair with her teacher (Josh Bywater) brands Justine as a target for every bully in school, she is ordered to have routine sessions with a therapist, Douglas (a marvelous Michael Patrick Thornton). The fact that Douglas is wheelchair-bound never is used to define his character. It is simply shown to be an aspect of his everyday reality, one that he has no choice but to accept. “You’re in the business of healing,” he tells his doctor. “I’m in the business of coping.”

When Justine becomes resistant to discussing the affair during her initial sessions with Douglas, I assumed the film would develop a client-therapist dynamic similar to the one portrayed in David Schwimmer’s shattering “Trust.” Yet Parrish, who currently writes for The CW’s “Supergirl,” has a more intriguing direction in mind. As Justine and Douglas grow closer, a bond develops between them that continuously threatens to move past the boundary of friendship. There is a heartrending scene where Douglas takes Justine to the Green Mill as an “introduction to her 20s,” and his eyes well up as he watches her on the dance floor, basking in the sort of freedom he could only experience in his fantasies. Though Justine’s parents never rise above the level of hateful caricatures, her younger sister, Paula (Carolyn Braver), is a fascinating cocktail of familial concern and adolescent outrage. She is appalled that Justine has found yet another much older male companion, yet beneath all of her shrill outbursts, one senses that she truly yearns to understand her sister and sorely misses the closeness they once shared. Paula is just as desperate for acceptance as Justine or Douglas, and when she is cruelly betrayed at a party, she finds that even when they’re on the worst of terms, her sister has got her back.