What we casually refer to as the Cannes Film Festival is actually several festivals in one. There's the festival proper —the "official selection," which consists of movies that screen at theaters adjoining the famous Palais des Festivals. These include the films competing for the Palme d'Or; a sidebar, mainly though not exclusively for up-and-coming talent, known as Un Certain Regard; special screenings; midnight screenings; Cannes Classics; and this year, a handful of movies billed as special events to celebrate the festival's 70th anniversary.

Then there are parallel festivals, run by separate groups, whose jockeying for high-profile titles is the source of perennial gossip on the Croisette. The best alterna-fest, quality-wise, is usually Directors' Fortnight (known in French as the Quinzaine des Réalisateurs), which started in 1969 in the wake of France's May 1968 protests. The Fortnight's original goal was to provide a haven for movies that were more experimental and less bourgeois. The other parallel fests are Critics' Week, which is older and shows only directors' first and second features, and the often-forgotten ACID.

The parallel festivals always come freighted with a certain amount of tension. The presumption—not always correct—is that the Fortnight and Critics' Week films would have played in competition in the official selection if only they'd been asked. Therefore, there are only two possibilities: Either the official selectors mistakenly rejected a great movie, or there's something, if not necessarily wrong, eccentric or off-putting about the films that have had to settle for the shadow lineups.

Werner Herzog, an honoree at Thursday's Fortnight opening, reminded the audience that greatness is where you find it. The Fortnight showed "Aguirre, the Wrath of God," he said, after it was rejected by Berlin and marquee Cannes. "I have to thank the Quinzaine," he said. "They are my home, and I'm home now." He also credited the Fortnight with playing an important role in diversifying art house cinema across the globe, citing the African cinema shown in the festival as a particular revelation.

Claire Denis, there to open the festival with "Bright Sunshine In," echoed that sentiment. "I want to thank Werner Herzog for saying that it's his home here," she said. "I think that's the way all of us feel." There may have been a bit of shade in her words, given that Denis has a long history, most recently with "Bastards" (2013), of having her films screen outside the competition.

But "Bright Sunshine In"—it's unclear why the French title, "Un Beau Soleil Intérieur," or "A Beautiful Sun Within," couldn't get a less awkward translation—falls into the proud tradition of Fortnight eccentricities. This isn't Denis the elliptical dramatist of "Beau Travail" or "The Intruder," but Denis venturing far outside her usual wheelhouse to make a movie that at times bears a resemblance to a Hollywood bedroom farce.

The film stars Juliette Binoche as Isabelle, a divorced painter searching for romantic satisfaction in middle age. Her revolving lovers include a married banker (Xavier Beauvois, the director of "Of Gods and Men") who crassly views her as nothing more than a sexual object. Another is an actor (Nicolas Duvauchelle) who struggles to make small talk and awakens her to the pleasures of silence—and then, after a tumble, abruptly changes his preference to conversation-only. At almost no point in the film do two characters seem to be on the same page.

Despite material that appears straightforward, Denis has made a film as slippery and elusive as most of her work. Who Isabelle is seeing at a given moment becomes almost comically difficult to track. Increasingly hallucinatory, "Bright Sunshine In" at times suggests what might have happened if someone had staged fragments of an unproduced Nora Ephron script in the style of a late Alain Resnais film.

The film is most identifiable as Denis' work in its use of music, when Isabelle listens to smooth jazz in a taxicab or  dances to "At Last" in what appears to be a fantasy sequence, until suddenly, a few scenes later, we learn that she's actually dating the dancing partner. Binoche's performance is a bold and funny portrayal of a proudly sexual woman, although it must be said that the script as a whole, by Denis and Christine Angot, has a low hit-to-miss ratio when it comes to laughs (if laughs are the goal). Denis regular Alex Descas appears as a gallerist, and there are cameos by Valeria Bruni-Tedeschi and Gérard Depardieu, the latter's presence being all the more odd given the nasty public statements he's made about Binoche. Consider "Bright Sunshine In" an ambitious attempt to do something different—at worst an honorable misfire. 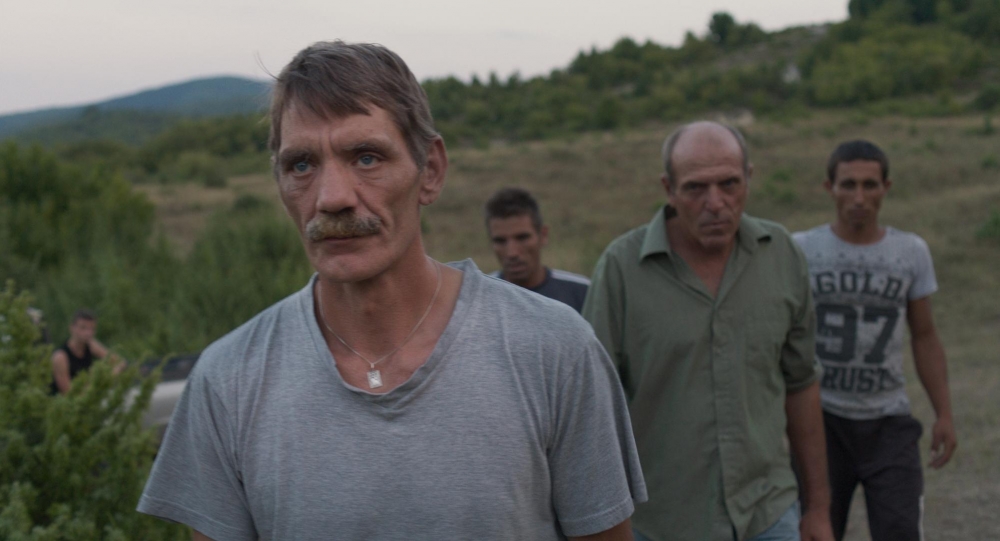 Cannes comes in for annual (and deserved) criticism for the lack of women included among its auteurs. If "Bright Sunshine In" is the work of a female director frankly exploring female sexuality, "Western," showing in Un Certain Regard, finds the German director Valeska Griesbach pointedly turning her camera on a macho environment and an overwhelmingly male cast. The film concerns German construction workers who have arrived to provide a Bulgarian village near the Greek border with additional infrastructure, a task they approach with a faintly imperialist condescension (or as the title suggests, as cavalierly as cowboys would run roughshod over American Indians).

The locals don't mind, entirely—one praises Germans in general as "sophisticated people, educated"—although communication is continually strained by the lack of a common language. (In a quiet breakthrough moment, the main character, played by Meinhard Neumann, is able to convey that he has a dead brother.) Whether the residents and the interlopers will resort to violence or learn to trust each other is the driving question of the film, and the answer, never simple, varies whether the matter at hand is money, the men's attitude toward the village's women, or who has the right to control the water supply.

The film's implicit subject is not just xenophobia but, in what's become a theme at Cannes in recent years, the state of the European Union, and particularly its struggles to reconcile between richer and poorer countries. The future "Western" proposes is less bleak than you might expect.