Visitors from other places, ignorant of local customs, find ways to communicate in two Cannes films that could otherwise hardly be more different. The splashier by far is "How to Talk to Girls at Parties," directed by John Cameron Mitchell in his first feature since "Rabbit Hole" (2010). Adapted from a Neil Gaiman story, the movie is the closest the director has come to putting a full camp extravaganza on screen since "Hedwig and the Angry Inch."

In 1977, a group of teenage punk enthusiasts vaguely led by Enn (Alex Sharp, of Broadway's "The Curious Incident of the Dog in the Night-Time") blunder into a party whose attendees, they eventually surmise, must be members of a cult. You would think Sandy Powell's Teletubbies-go-to-Krypton costumes would be a better tip-off; the partiers are actually aliens on an educational field trip to Earth. And after they return home, most of them will be eaten by their "parent-teachers."

Scheduled to be consumed, Zan (Elle Fanning) receives a brief leave to explore the London borough of Croydon and promptly falls in love with Enn. On her brief sojourn, she vomits while kissing him and learns about other wonders of the human digestive system. She also performs at a club. Because punk is the genre du jour, she's told it doesn't matter what she sings as long as she can shout. Before she goes on, a manager, Boadicea (Nicole Kidman, who also stars alongside Fanning in "The Beguiled," playing in competition tomorrow), asks about her musical ability.

"I once harmonized with a brown dwarf," Zan says.

"A brown dwarf? Didn't they open for the Shins?" Boadicea replies.

Your own tolerance for such wordplay is a good litmus test for what you might think of "How to Talk to Girls at Parties," a ready-to-serve midnight movie that may or may not eventually earn the cult it so desperately wants. It's not that the ingredients aren't fun—Ruth Wilson's vampy Stella is a standout delight—but they're used in a movie in which any sort of indulgence is justified by the aesthetic. "How to Talk to Girls at Parties" demands to be seen in a particular setting, after hours, with plenty of booze, by viewers inclined to forgive even its clunkiest one-liners. Are you prepared to harmonize with it? 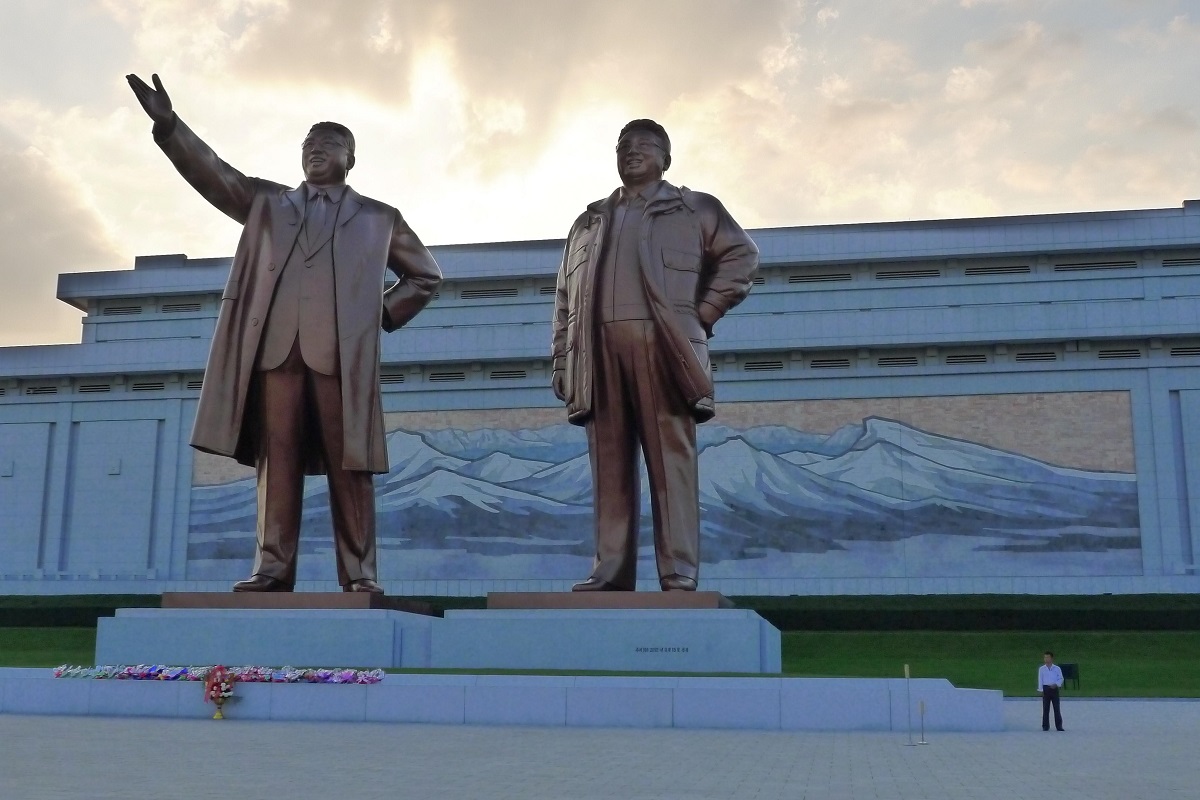 "Napalm," a disappointing documentary from the great Claude Lanzmann, is another case of a movie that has much narrower appeal than a summary might suggest. Now 91, Lanzmann ("Shoah") received permission to film in North Korea in 2015. It was actually his third trip there—according to the movie's press notes, he went on a tourist visa in 2004 and as part of a Western European delegation in 1958.

At first, Lanzmann takes advantage of what by North Korean standards qualifies as a behind-the-scenes opportunity. (Lanzmann has said that he knew the country would only allow him to film what it wanted.) He examines two statues of Kim Il-sung and shows footage of acrobatically impressive taekwondo training. The martial art was apparently the "official" topic of his film.

But instead of focusing on the government's stage management, or on some other aspect of what he saw in North Korea, he starts talking about himself. In a monologue that consumes what feels like an hour of screen time, he tells of how, during his 1958 visit, he fell for a North Korean nurse who was giving him a vitamin injection. They spent a day together, and the discovery of the dalliance put her at risk of being denounced.

The title refers not to napalm directly, but to the word—it's the only one the two would-be lovers both understood. Lanzmann says the nurse, not named until the end, bared a breast to show him the scars she had gotten in during the bombing of North Korea earlier that decade. (There are faint shades of "Hiroshima Mon Amour.") He wanted to kiss the burns, he says, which would have "an act of chivalry." He dwells on descriptions of her sexiness, including her "very sensual feet."

Lanzmann is a living legend and has earned quite a bit of latitude, not just with "Shoah" (1985), but even recently with "The Last of the Unjust" (2013), an extraordinary document of his interview with Benjamin Murmelstein, a Vienna rabbi who became a liaison between the Jews and the Nazis at Theresienstadt. Judging from early reactions, admirers of "Napalm" appreciate the way Lanzmann seeks to personalize what it means to live under a totalitarian regime. But given the current state of North Korea in geopolitics, the kindest thing one might say about Lanzmann's memories of lust is that they've taken the place of what could have been a serious inquiry.