When you make your schedule at the Cannes Film Festival, you have to be ... what's the word ... judicious. Your editors' needs are paramount, so more often than not you can't just see whatever you want. Still, for many cinephiles, Cannes is a theme park where all the rides are movies. You wait in line just like at a theme park. And you're surrounded by cranky tourists, just like at a theme park. But you fall in love with the place because, as with a theme park, you're afforded the opportunity to take in as many movies as your schedule allows. So when I say that attending this festival is my idea of a working vacation, I really mean that Cannes is as close as I'll ever get to going to Disneyland.

I have kind, comely, accommodating editors, so I got to take it as slow as I wanted to. I had time to write about what I wanted to write about. And I mostly avoided films I either knew I wouldn't like, or suspected I would enjoy more outside of a film festival environment, where every movie you see isn't a missed opportunity to see something else. This year, I've only seen one film that I actively dislike, and it's unfortunately a film by a director whose work I normally rather like. That film is "Claire's Camera," a sketch-thin cringe comedy helmed by the insanely prolific South Korean filmmaker Hong Sang-soo.

Hong ("Right Now, Wrong Then," "The Day He Arrives") makes movies that all seem formulaic at a glance. In fact, many of his best films are about his art's repetitive nature. And in his most personal work, Hong presents semi-autobiographical scenes from the life of a self-loathing Korean intellectual/filmmaker who attends various screenings of his films, gets drunk, makes passes at women, and wonders at his unfailing ability to alienate the women in his life, all of whom he suspects might actually be the heroines of his life story.

"Claire's Camera" concerns Hong's real-life on-going divorce proceedings: he's having an extra-marital affair with actress Min-hee Kim, and that's led him to question, through his movies, the role of making art in his life. In "Claire's Camera," he asks a fundamental question: why take pictures? His answer is characteristically something that a drunk might say without realizing that his observations are ultimately misconceived and borderline incoherent. For Hong, the camera changes your relationship with the person you're talking about. Only through close examination of your art's subjects can you ever truly understand and fix things. Right, sure, wait, what?

It's telling that director So Wansoo (Jin-yeong Jeong), Hong's stand-in in "Claire's Camera," doesn't make this general observation. Instead, Hong puts these words in the mouth of Claire (Isabelle Huppert), a French teacher on holiday during the Cannes Film Festival. Claire, a nosy tourist, takes snapshots of So and film agent Yanghye Nam (Mi-hie Jang) during their business trip to Cannes. But Hong is just a supporting character in his own film. Manhee Jeon (Kim playing a version of herself), a movie sales distributor who is fired by boss Nam after she sleeps with So, is the film's real star. She is the subject that Claire wants to photograph most since she's going through the most intense emotional turmoil. Was her one-night stand with So worthwhile? And does it even matter that So only sees Jeon as a beautiful enigma?

One of the most frustrating things about this scenario is the way that everybody in it sounds drunk since they're not only speaking broken English, a secondary language, but also inexplicably bullying their ways into each other's lives. Hong's characters are often comically callous, but Claire takes the cake. She blithely photographs Yeon, Nam and So without so much as a thought to their feelings on the matter. This is an issue that Hong acknowledges without fully addressing in the scene where Jeon tearfully begs Claire to not take her picture.

Still, if Claire is Hong's way of addressing his child-like need to treat everybody like a potential subject, he doesn't seem to care that he's essentially admitted that he's a parasite who uses his subjects to create something bigger than everyone else. As I watched "Claire's Camera," I wondered when Hong would grace us with the kind of self-lacerating perspective and humor that typifies many of his best films. But it feels like he's too close to the subjects of "Claire's Camera," and can't quite see them in full focus. I don't understand why these characters behave the way they do, and I certainly don't get their relationships with each other. So I ultimately didn't care. 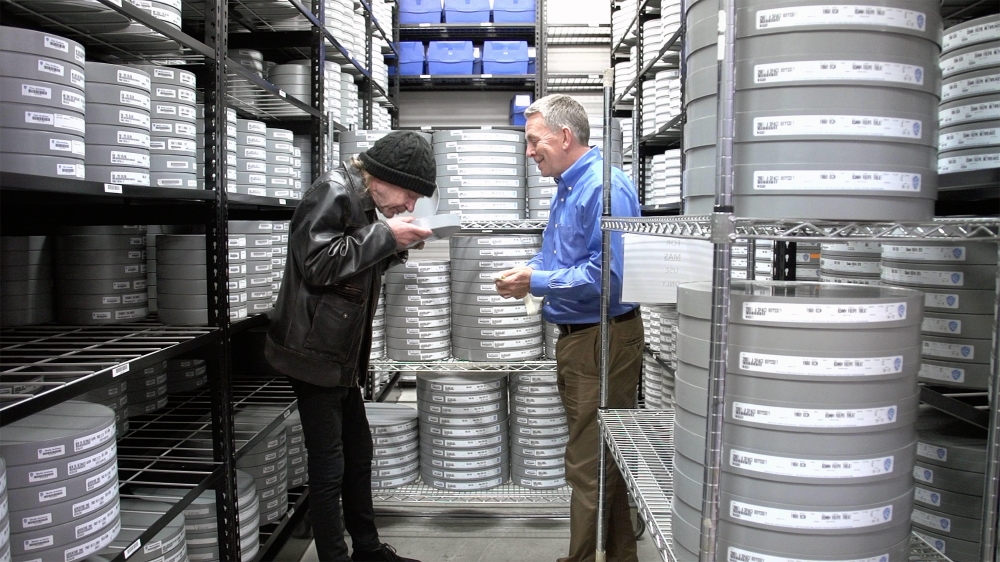 I got a much more incisive, and thorough portrait of the special mania that inspires people to make movies from "Filmworker," a new documentary about Stanley Kubrick's right-hand man, Leon Vitali. Vitali began working with Kubrick as an actor on "Barry Lyndon" and went on to become a factotum who did pretty much every odd film-related job under the sun for Kubrick, including coaching actors, color-correcting film, supervising the release of DVDs, and much more. Vitali's candid interviews are full of rich anecdotal details that give you a vivid picture of what working with Kubrick was like. We hear about long, sleepless nights working on "The Shining" and "Eyes Wide Shut," and come to realize that Vitali wasn't just bewitched by Kubrick's impenetrable aura: he was (and still is) devoted to realizing, and preserving Kubrick's vision.

That may sound like something a compulsive person says to defend their questionable life choices. But interview footage of Vitali matter-of-factly explaining what he found so attractive about working Kubrick are handily supplemented by interviews with other Kubrick collaborators, like actors Ryan O'Neal and R. Lee Ermey. These collaborators know how difficult it was to work with Kubrick, the master perfectionist, and saw how his personality informed Vitali's actions. Vitali would done anything for Kubrick, even allow his name to be used on letters of complaint (covertly written by Kubrick) sent to film executives, distributors, actors, producers, etc. In time, you come to believe that Vitali really is unfailingly devoted to realizing his mentor's vision. It really is as simple as Kubrick's idea of professionalism: "you either care, or you don't."

Caring for Kubrick meant working 16-18 hours days, followed by long phone calls at night. It meant being yelled at by the master himself, and then instantly recovering, and getting back to work. It also meant pivoting a successful acting career, which immediately took off after "Barry Lyndon," into a career behind-the-scenes, working at a job that nobody but Kubrick and his estate can ever fully appreciate.

Vitali is the keeper of Kubrick's flame, and that's not a simple thing. To make Vitali's obsessive drive look like more than just a selfless mission from an unsung cinematic saint, director Tony Zierra does what so few documentary filmmakers think to when they make talking-head docs: he asks follow-up questions. And he talks to as many people as he can find who knew, or can shed light on his subject. And he asks them pointed questions that holistically paint a portrait of Vitali as an extension of Kubrick's legendary single-mindedness. "Filmmaker" is, in that sense, an inspiring film about the long uphill struggle to make great art. It's funny, sad, and totally fascinating. 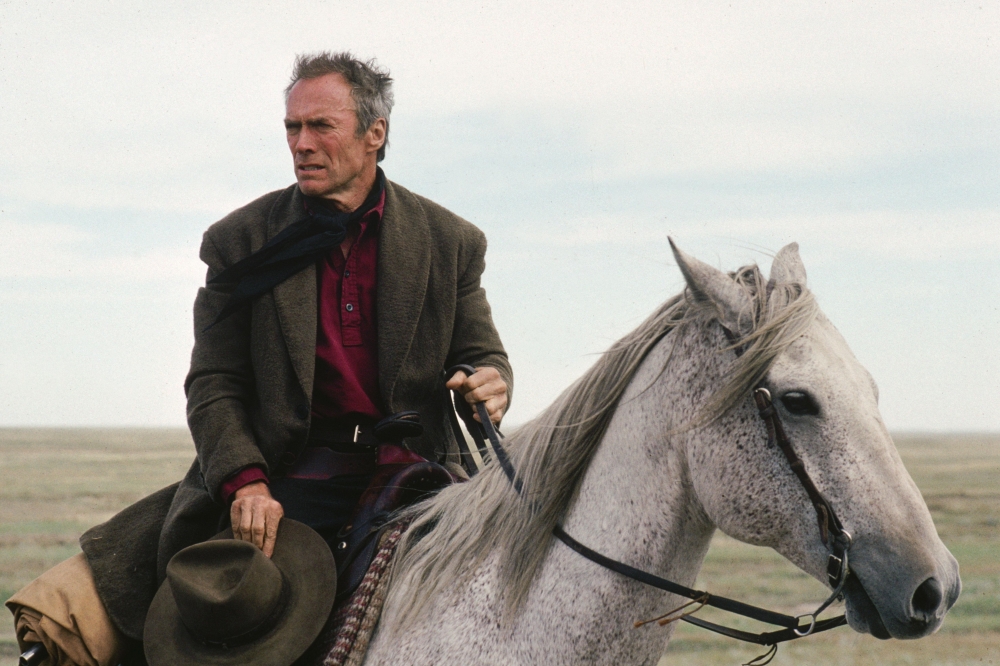 I also got a new-found appreciation for writer/director/star Clint Eastwood's "Unforgiven," a 25 year-old western that almost no journalists rewatched simply because they didn't make time for it. I can understand that, but I knew that Eastwood would be in attendance at the festival, and was eager to see a film introduced by the Man with No Name. In his brief prefatory speech, Eastwood reminded viewers that he only chose to make "Unforgiven" because he read the script, and came away thinking that it would make a good final western for him. Then Eastwood teased the possibility of making one more western in the future, which got thunderous applause from the assembled crowd. I wouldn't put much stock in that tease though; he was just working the room (and very skillfully at that, I must hastily add).

As I watched "Unforgiven," I thought about its origins as a movie that played well on the page. The film's vernacular dialogue is so essential to its success as a self-deconstructing western. I marveled at the dialogue in "Unforgiven," scripted by David Webb Peoples ("Blade Runner," "12 Monkeys"), mostly because of how colloquial it is without seeming affected. There are so many uniquely English turns of phrase in that film that I sometimes became absorbed in comparing what characters said in English with how their dialogue was translated through French subtitles.

So much of "Unforgiven" is culturally specific, but just as much of it is specific to the geography of actors' faces, their mannerisms, and performances. This is yet another sign that Eastwood's genius as a filmmaker is not his ability to strenuously give orders on set, or make utilize flashy/complex camera movements, but rather understanding, and appreciating the casting process, and then using that knowledge to get the most out of his actors. Gene Hackman, Richard Harris, Morgan Freeman, Jaimz Woolvett, and Eastwood himself all give emotionally affecting performances because they're all able to take Peoples' dialogue, and deliver it in such a way that you believe that they're playing people who either aspire to be, or imagine themselves in roles that we've come to associate with the myth of the American western. I knew that I had completely fallen in love with Eastwood's direction all over again when he, as reformed badman Bill Munny, draws a shotgun on an unarmed man—and it somehow felt like an act of righteous vengeance. Moments like this remind me of why I love coming to Cannes: the festival always reminds me of the need to seek out, and try to understand great art.