Two tragedies inflect the meaning of this seventh day of the 70th Cannes Film Festival. The first is a response to a world event, and the second is the sad recognition that one of the great artists of our time is no longer among us. At3pm French time, the festival staged a minute of silence to honor the dead of yesterday’s terrorist attack in Manchester, England. The bomb scare that required evacuating the Festival Palais a few days ago was not far from anyone’s mind today, as the morning press screening filled up.

A special screening of “24 Frames,” the final film by beloved, admired, and much-honored Iranian director/writer/photographer Abbas Kiarostami (“Certified Copy,” “Taste of Cherry”) was screened in the Grande Theatre Lumiere, presented by festival artistic director Thierry Fremaux, and screened in the presence of the director’s son Ahmad Kiarostami. Last summer in Paris, Abbas Kiarostami died unexpectedly from the effects of surgery, leaving a body of work that teaches us what it really means to see.

“24 Frames” is a simple yet profound work, composed of 24 short film sequences that Kiarostami created as the behind-the-scenes moving image accompaniment to still photographs he had composed. In the festival program booklet, his description includes the explanation, “I decided to use the photos I had taken through the years. I include 4 minutes 30 seconds of what I imagined might have taken place before or after each image that I had captured.”

These short sequences, most in black-and-white, some in color, are breathtaking in the beauty of the photography, and startling in the acuteness and vibrant curiosity of the vision. A Bruegel painting comes to animated life. In a pristine, snow-covered field, two horses frolic in a skittish mating dance, seen through the half-open tinted window of a car as a tango plays on the radio. A cow sleeps on a beach at dusk as the herd files past and the swelling waves of the tide rise to meet her prone body. Feisty and ominous crows make regular appearances. A feral cat traps squabbling blackbirds in the snow for an easy kill.

Each is a contemplative mini-drama evolving in its own time. Kiarostami’s love of snowy landscapes, the sea, the forces of nature, and his fascination with the unsentimental drama of the animal world bring home the intelligence and patient vision of the artist behind the camera. 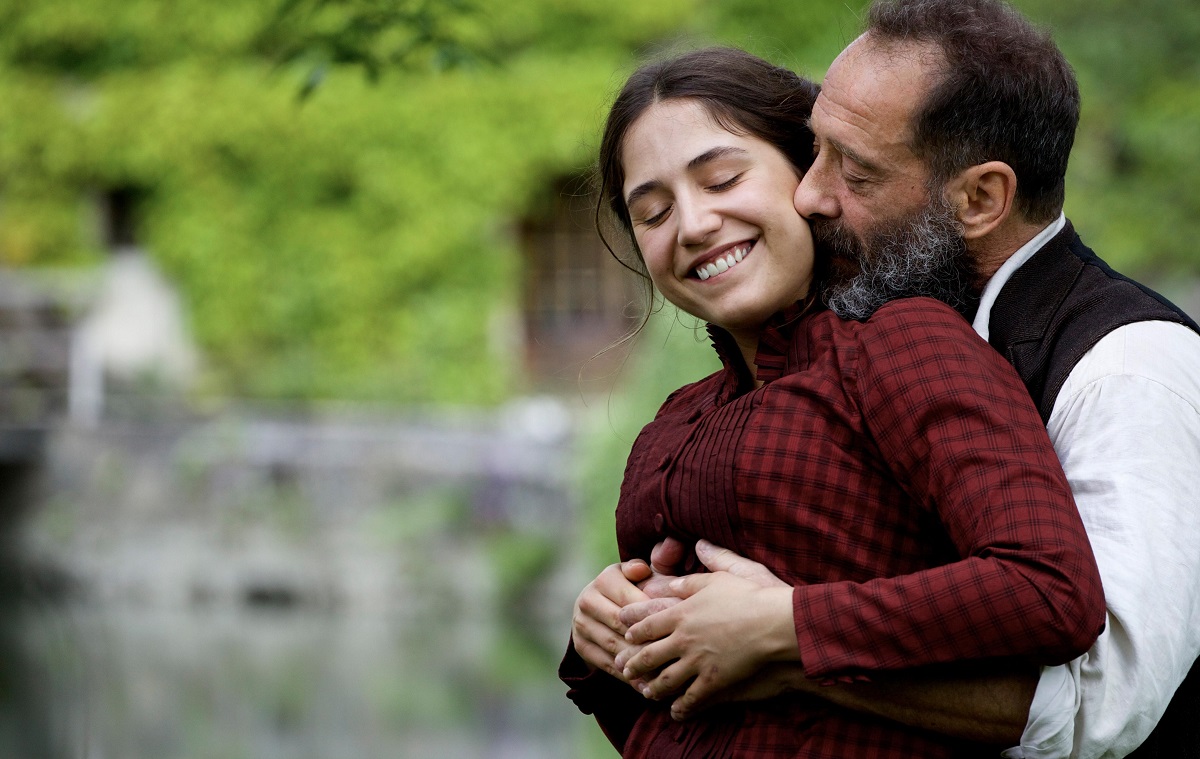 Actor Vincent Lindon, winner of Best Actor at Cannes in 2015 for “The Measure of a Man,” is back in competition starring as sculptor Auguste Rodin in the period biopic “Rodin” by French director Jacques Doillon (“Ponette”). Doillon has treated illicit or inappropriate love many times in his career, in films including “Raja,” and the centerpiece of “Rodin” is the artist’s passionate and increasingly unhappy decade-long relationship with his promising protégé Camille Claudel (Izia Higelin).

It’s a turgid affair at best, both the film and the relationship: a respectful checklist of high points and great works, with an eye-filling portion of tasteful female nudity. Extravagant care has been taken to reproduce Rodin’s studio and a vast body of his work, but dramatically the film is dead in the water.

“Rodin” opens in 1880, as the artist is beginning to experience his greatest success, with attendant controversy, especially surrounding the seven-year process of creating his sculpture of the novelist Balzac. The first version, a robust and portly nude, horrifies those who commissioned the work. Claudel is a constant presence, with interludes of furtive kissing and after-hours sex. Rodin’s common-law wife Rose (Severine Caneele of Bruno Dumont’s “Humanite”), a big, raw-boned peasant woman, is kept in the background and treated like a servant.

“Rodin” is beautiful to look at, but is thoroughly lacking in the passion that it ostensibly portrays. When he isn’t groping Claudel, the master strolls around his studio examining his own pieces in progress. Work, as it’s depicted, consists of dabbing bits of clay on the nose of a bust while he mutters to himself in Lindon’s pleasingly gravelly voice.

Claudel, who longs for marriage and demands that Rodin give her a written promise, complains bitterly that her work is ignored while his is celebrated. He acknowledges the unfairness, but, in effect, tells her to get over it. “As artists, we’re a masterpiece, but we’re pathetic as human beings,” she says. 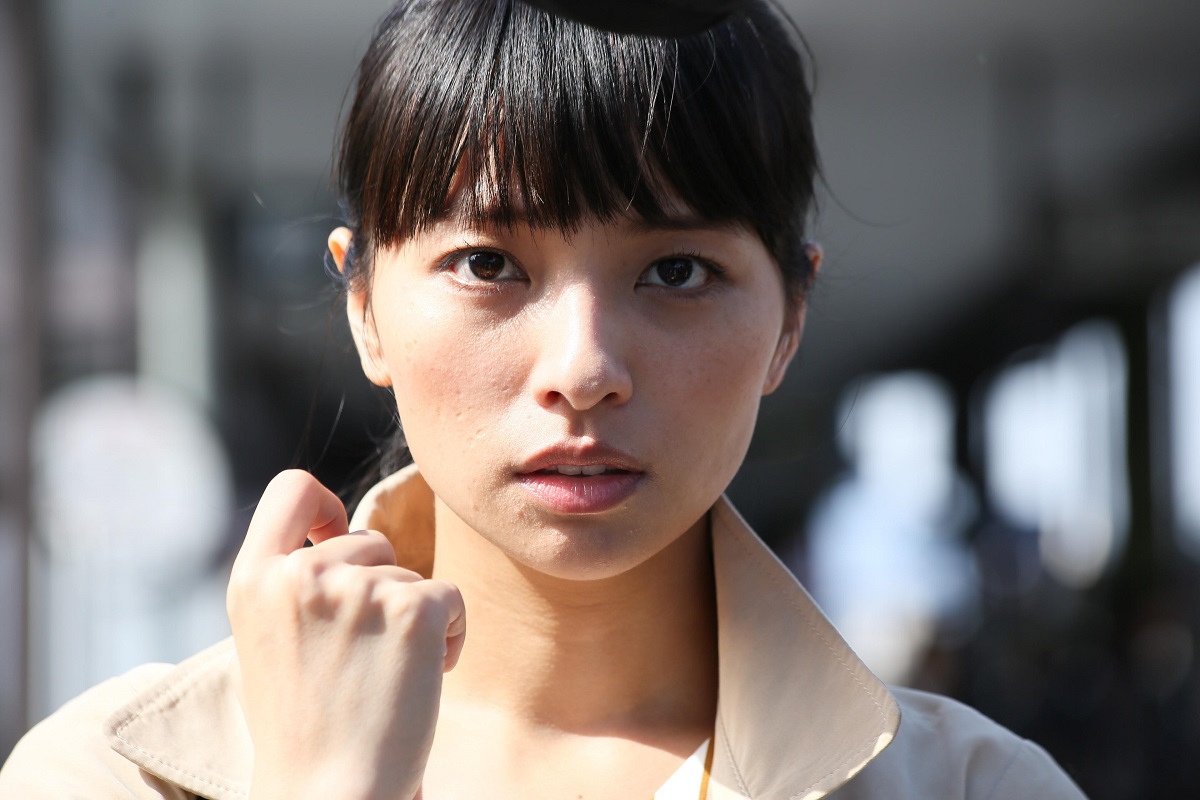 The act of seeing has a special meaning in Japanese director Naomi Kawase’s “Radiance,” in which the job of character Misako (Ayame Misaki) is to write the scripts for the audio-assist provided for blind patrons at the movies. This is Kawase’s eighth time in Cannes, and her fifth film in competition. She won the jury prize for “The Mourning Forest” in 2007, but her best-known film in the U.S. is probably the 2015 “Sweet Bean,” a gentle comedy with all-out tearjerker of an ending.

Kawase’s work demonstrates an interest in the metaphysical, whether it involves speculation on the afterlife or the meaning of life here and now. She is the rare director who portrays disability, illness or old age as normal aspects of existence, not unique tragedies. Her work can also be sentimental to a fault. “Radiance” is a softhearted, soft-focus, mushily forgettable film that brings the director’s more pronounced sentimental inclinations to the fore.

In the course of Misako’s work in writing the audio scripts, her company sets up review sessions for a group of visually impaired advisors. They sit in on periodic screenings as she narrates her draft to the soundtrack of the film. They then offer their criticisms in order that she may refine the script to best accommodate the non-sighted audience.

Misako’s current project is a difficult art film by a notable director. Following one run-through, her advisors offer mixed reactions to her work. Mr. Nakamori (Masatoshi Nagase), once a famous photographer, and the only one of the advisors who has partial sight, is critical to the point of hurting her feelings. He accuses her of adding her own subjective interpretation instead of describing the film’s ending accurately.

Kawase composes much of “Radiance” to duplicate a limited range of vision. Nakamori is able to see only by putting his face very close to objects or people. Kawase tells the story utilizing frequent extreme closeups. The additional use of soft focus renders some images almost abstract, a literal and too-obvious move when combined with dialogue that can seem almost laughable. At one point, Misako says, “Nothing is more beautiful than what disappears before our eyes,” as she sifts sand through her fingers.

The film’s premise is that in order for Misako to metaphorically make the blind see, she must have an epiphany in which she comes to recognize the inner meanings of things, not just their surface. A relationship with Nakamori becomes a catalyst, but a mountaintop interlude at sunset with her aged mother with Alzheimers, who looks at the present but sees the past, causes Misako to literally see the light.