It’s opening day of the 68th Festival du Cannes, and many festival attendees tend to think of this as a place whose history is dusted in sparkles. The streets of Cannes are actually steeped in history of a more distant sort. My little hotel is on a street called the 24 du Aout, or the 24th of August, named after the date the Allies liberated the city from the Germans in 1944, while Patton was busy liberating Paris. Just a couple blocks closer to the Festival Palais is the Rue du Bivouac Napoleon. Yes, he actually walked the streets here, and launched an assault on the Bourbon monarchy from little old Cannes. The film festival, founded in 1947, wrote a new chapter, one more often linked to high living, parties, and glittering awards.

For the first time in Cannes history the prestigious and all-powerful jury president is actually the tag team of Joel and Ethan Coen. The recent history of the festival is practically written in their films. They won the Palme d’Or for “Barton Fink” in 1991, and it was that film’s spectacular and unprecedented sweep of the three top prizes that brought about a change the rules regarding how many awards any one film was eligible to scoop up. Over the years, the Coens have presented nine films here, including “Fargo” and “Inside Llewyn Davis,” winning in the process, just about everything there was to win.

Joel and Ethan stole the show at today’s jury press conference, the festival’s annual event introducing the jury members. What can you say about a Cannes jury press conference when the most exciting thing that happened at one in recent memory was back in 2002, when Sharon Stone borrowed a tissue and blew her nose onstage in a great big honking snort? These can be dull affairs. They are essentially photo ops punctuated by universal expressions of fellowship and good will by all the participants. 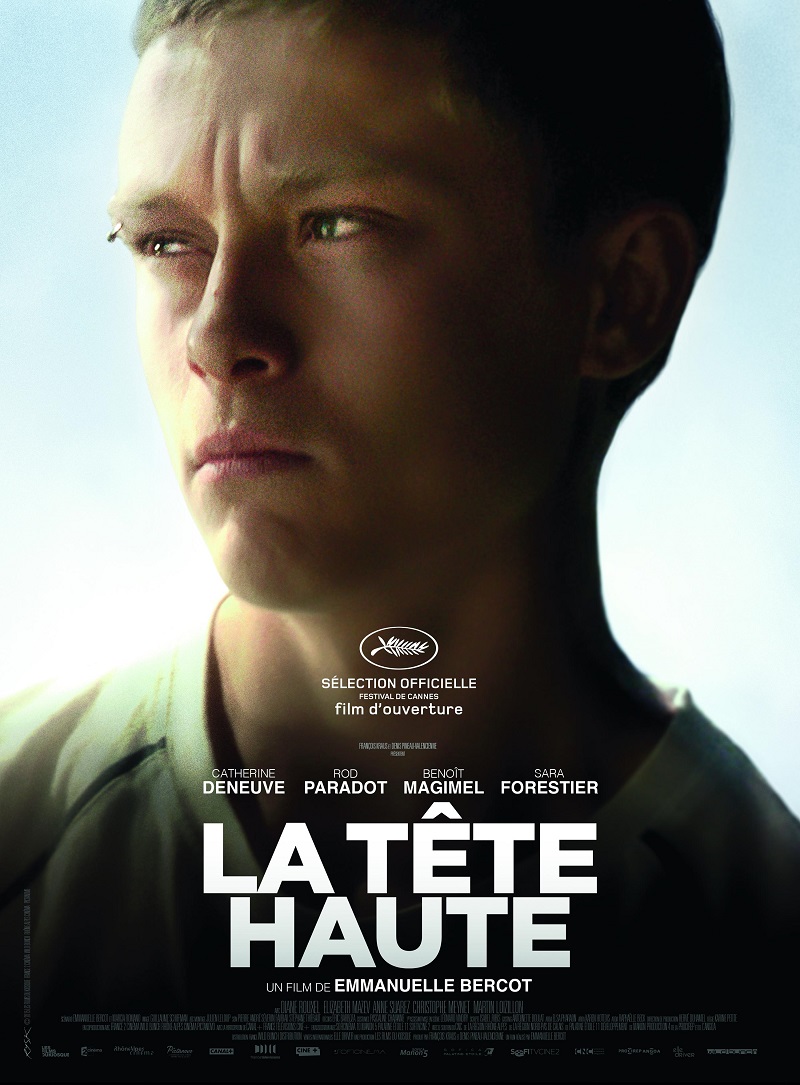 The Coen brothers were thinking on their feet and kept the teasing quips coming, with Ethan the silent partner and Joel the mouthpiece. One critic asked how they felt about seeing films in theaters as opposed to the other available options. Joel scored a big laugh with ”You mean, how do we feel about people watching 'Lawrence of Arabia' on their iPhone?” Jake Gyllenhaal touted the opportunity to see films for free. Guillermo del Toro made cracks about his crummy old suits. Asked how she reacted to the news of the jury invitation, Almodovar’s flamboyant discovery Rossy de Palma, sporting a huge cluster of orchids in her swept-back hair, responded with a theatrical shriek

Cannes opening night films are often selected to guarantee a glamour blowout on the red carpet. The status of the stars involved sometimes appears to be a greater consideration than the film (to wit: last years “Grace of Monaco”). It looks like social relevance was a priority this time around, with the selection of Emmanuelle Bercot’s “Standing Tall” as the opener, a grimly bland juvenile delinquent drama that went down like a dose of medicine at this morning’s press preview. Fans of tonight’s red carpet will have to be satisfied with the venerable Catherine Deneuve, Benoit Magimel, who has morphed into the Sean Penn of France, and boyish young newcomer Rod Paradot, whom director Bercot discovered at his vocational high school.

“Standing Tall” covers the life of Malony (Paradot) from the age of six through seventeen, through his shared history with Florence (Deneuve), the judge assigned to his case, and Yann (Magimel), his social worker, a tough former delinquent himself. First seen as a blonde angelic-looking child whom his pouting and clearly irresponsible teen mother declares to be uncontrollable, Malony is set on a path of angry self-destructive behavior that roars into high gear as his age advances.

Director Bercot, whose previous film “On My Way” also featured Deneuve, is better known as an actress (“Polisse”). In the film’s press notes, she states that “Standing Tall,” which she co-wrote, was inspired by her childhood visits to a juvenile detention camp where her uncle worked as a counselor. Her intentions may be noble, the production values first rate, the co-stars notable, but the film is a humdrum piece of work that is wearing in the relentless quality of Malony’s persistent volatility.

Given chance after chance at rehabilitation, this character lurches from one chaotic mess to another. The episodic plot, heavy on confrontations in the judge’s chambers, is punctuated by pounding rap numbers on the soundtrack and by repetitive incidents involving screaming fits, fights, and high-speed joy rides in stolen cars. At the 90-minute point, redemption still appears an elusive concept for Malony, which makes the film’s implied happy ending something of a paradox. 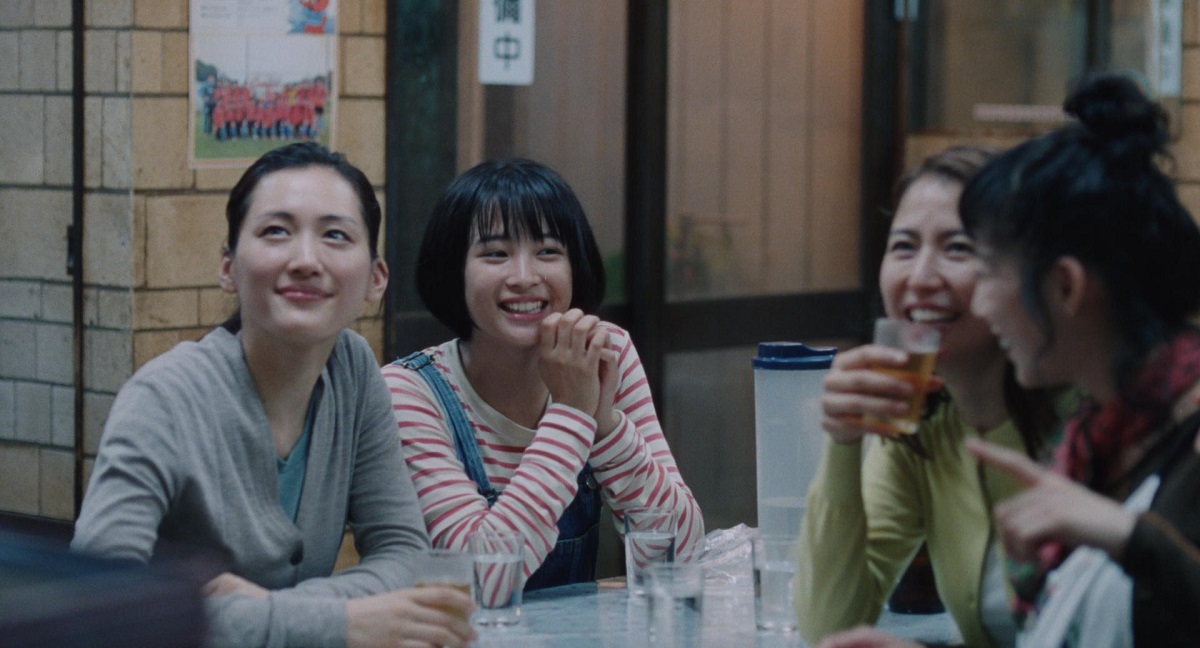 Hirokazu Kore-eda’s “Our Little Sister” was the first film to premiere in the competition. Kore-eda’s past films including “Like Father Like Son,” “Air Doll,” “Nobody Knows,” and “After Life” have come perilously close to sentimentality in their exploration of the bonds between people in life and beyond. For me they never cross the line, but there are critics who would disagree. Every one of Kore-eda’s films has at its core a search to find where one belongs, whether that’s a family, a physical place, or simply a place in one person’s heart. For instance, “Like Father Like Son” is about two boys switched at birth and raised by the wrong parents; “Nobody Knows” is about orphaned siblings attempting to live on their own.

“Our Little Sister” explores all of the director’s favored themes through a story of three twenty-something sisters who live together in the rambling old-fashioned house where they grew up. Sachi, the eldest, and a nurse for terminal cancer patients, has a grave responsible air and the biggest heart. Middle sister Yoshino, a bank teller, is a die-hard romantic with bad taste in men, and Chika, the youngest, is a flake in boho-chic outfits who works in a sporting goods store. The news of the death of their long-estranged father brings with it the news that they have a fifteen-year-old half-sister. With sympathy and curiosity they invite young Suzu to come and live with them.

Kore-eda’s work is distinguished by the fact that people in his movies have good hearts. With an undercurrent of lyricism he promotes decency and tenderness even when the circumstances of his characters’ lives have been shaped by conflict and betrayal. His older generation has most often abandoned responsibility and broken the family bond, leaving the younger generation to pick up the pieces and make themselves whole. Suzu is the product of an adulterous relationship, and is rejected by her stepmother, her father’s third wife. The mother of her three older half siblings ran away with another man when they were in their teens, leaving them to fend for themselves.

There are no cataclysmic events in “Our Little Sister,” and I was reminded a bit of the spirit of Gillian Armstrong’s “Little Women.” There is the sisterly silliness of everyday life, with small kindnesses, squabbles over borrowed clothes, and a ruckus over a bug in the shower. Each sister faces a hard choice or an awakening with regard to love. They are quietly changed in their relationships with each other. Bad times and bad feelings fall away, and new starts become possible. 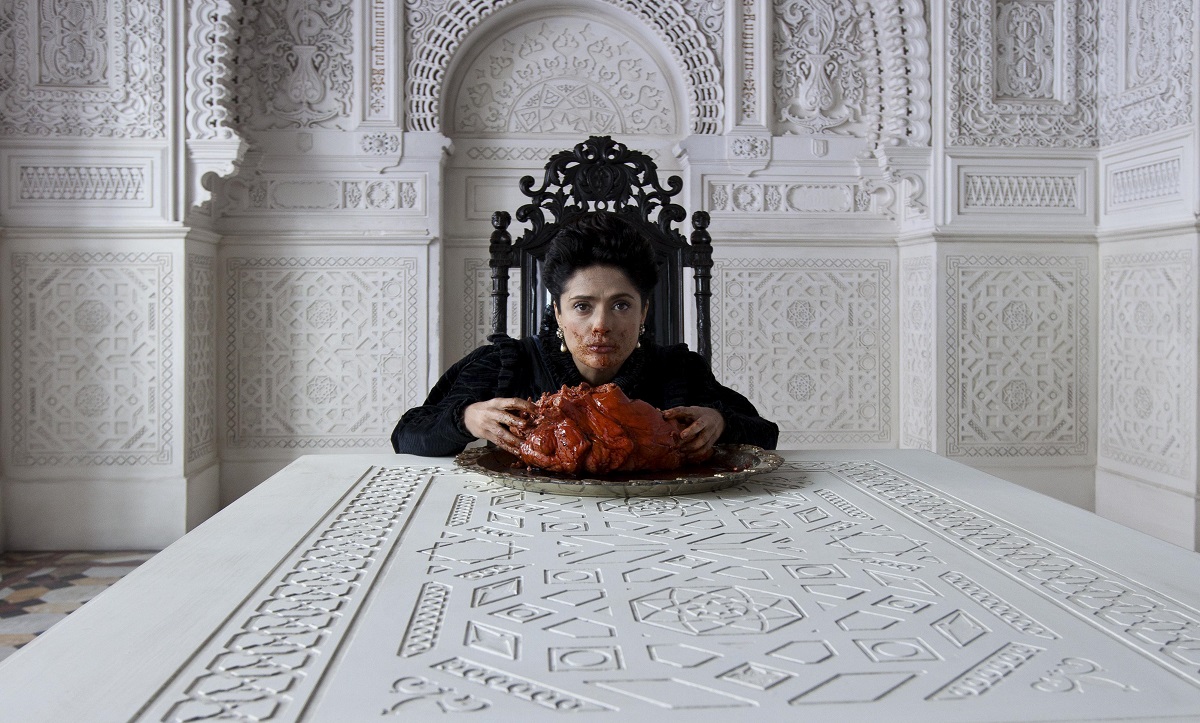 Today’s premiere of Matteo Garrone’s “Tale of Tales” provided a lesson in the way high hopes can quickly be dashed at Cannes. What sounds great on paper doesn’t always meet expectations on the screen. The director of the internationally popular “Gomorrah” and critically respected “Reality” is particularly talented in setting a mood and handling large ensemble casts, which made the interlinked fantastical stories of “Tale of Tales” sound like a natural fit. The film is based on the fairy tales of Italian author Giambattista Basile, whose career straddled the 16th and 17th centuries.

The multinational cast includes Salma Hayek, Vincent Cassel, and Toby Jones. It’s Garrone’s first film in English, but perhaps Italian would have lent some grace and poetry to the awkward dialogue delivered in a variety of accents. Performances are stiff, and the episodic nature of the plot involving royal mishaps and misfired quests across three mythical kingdoms gives each actor little opportunity for character development.

“Tale of Tales” brings together egotistical monarchs and their bejeweled queens, babies conceived through sorcery, strange transformations, animatronic monsters, enchanted virgins, a lustful ogre, a king who becomes entranced with the flea who feasts on his blood, a princess who longs for a husband, and CGI effects galore. There are directors who can make these ingredients the stuff of magic, but sadly, the only magic Garrone achieves involves laying an egg with this clunker.