Seeing films in Cannes is an almost nonstop process of adapting to a new set of eyes behind the camera with each film, and absorbing a series of often-conflicting personal visions. These can range from the out-of-competition widescreen mayhem of today’s European premiere of “Mad Max: Fury Road” to the purposefully constricting use of the almost square 1:37 screen ratio in the Hungarian competition entry “Son of Saul.”

From the very first image, “Son of Saul” director Laszlo Nemes, a former assistant to Hungarian avant-garde director Bela Tarr, plunges the viewer into the terrifying chaos of Auschwitz-Birkenau, where Saul is one of a group of Jewish prisoners forced to serve on a time-limited basis as a Sonderkommando, i.e. manual labor helper in the extermination process.

The boxy film frame is rendered even more claustrophobic through the use of camera lenses that provide no depth of field. As Saul, with an impassive face, goes about the work of guiding new arrivals into the showers, herding them to the gas chamber, and then dealing with the aftermath, the camera focuses on him alone in the immediate foreground. All else is a barely distinguishable blur heightened in horror by the ear-splitting cacophony of sound that accompanies these actions.

One of the dead bodies, which are referred to by the Nazis as “pieces,” being unloaded from the gas chamber is that of a young boy, and Saul is struck by the conviction that this child is the son he had with a woman other than his wife. A quest and a moral quandary merge, as it becomes Saul’s passion to take possession of the body no matter what it takes, to find a rabbi among the prisoners to recite the Kaddish, and to somehow bury his son.

Uncertainty, displacement, and chaos rule the film frame as Neme begins to play with selective focal lengths to control what the viewer is allowed to see with clarity at any given time. The background comes into focus for a hellish sequence in which prisoners are shot at the brink of a fiery pit because the ovens are full, and during a short-lived rebellion by the Sonderkommandos. Saul, meanwhile, in his quest to save the boy’s body from the ovens, causes the death of others, and inadvertently handicaps the rebellion in his search for a rabbi.

“Son of Saul” is not a Holocaust film about heroics, nor is it about survival, for that matter. Neme has created a challenging vision in which hope is open to interpretation, and must be searched out within the confines of a single-minded vision. 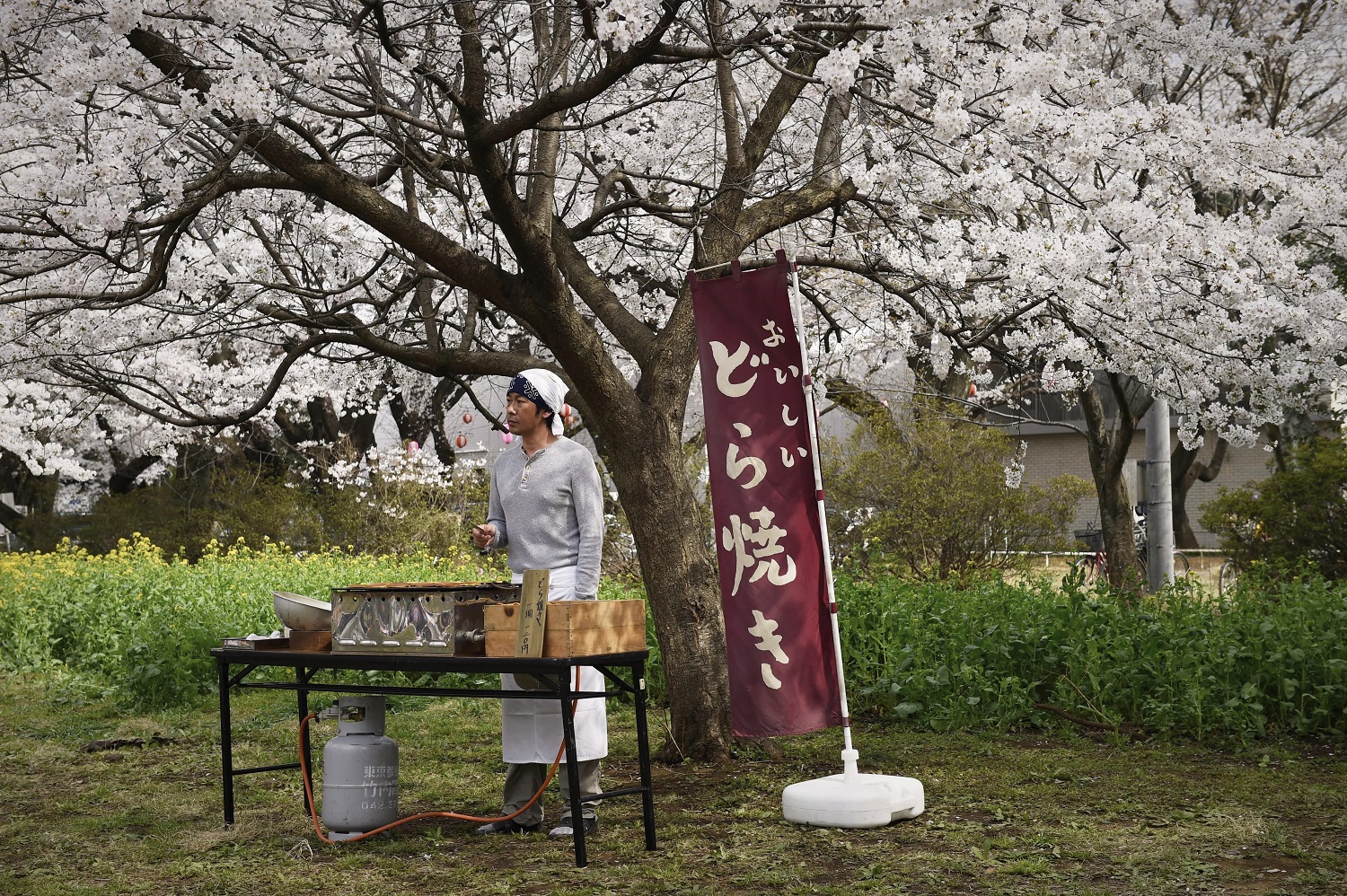 The Un Certain regard section of the festival opened today with “An” by Naomi Kawase. This Japanese director has a strong mystical bent, and often explores life though an interface with the imminent death of one of her characters in films including “Still Water” and “The Mourning Forest.” Nature and nature spirits characteristically play a significant part. This combination in Kawase’s films has never quite come together for me in the past, and so I was not only crying, but perhaps crying tears of joy at the satisfying completeness of “An,” which I consider her best and most mature film to date.

“An,” aka “Sweet Bean Paste,” is named for the filling of a dorayaki, a sweet snack, essentially a pancake sandwich, that is central to this story based on a book of the same title by Dorian Sukegawa. The small cast is uniformly excellent, but is most of all anchored by a lovely, moving performance by veteran actress Kirin Kiki, whose long career has included films with such adventurous directors as Seijun Suzuki and Masahiro Shinoda.

Within a widescreen format, Kawase paradoxically creates you-are-there intimacy in the way she frames her subjects in close-ups and medium shots, as if the viewer were part of the scene and just looking over someone’s shoulder. This works to great effect since much of the film is set within the confines of a tiny dorayaki stand, where the sole employee Sentaro (Nagase Masatoshi) reluctantly hires Tokue (Kiki), a 76-year-old lady who promises to teach him the secret recipe for her extraordinarily tasty homemade sweet bean paste.

The new employee turns out to be quite a character. She chortles and giggles and addresses Sentaro as “Boss.”  She talks to the trees on the street: “They’re waving their hands!” She talks to the dried beans as they soak: “They came all this way.” She talks to the moon.  But, boy, can she make bean paste, and soon the stand is thriving.  Customers rave about the new filling and line up in droves before the stand even opens each day.

With all the steps in the making of delicious-looking dorayaki revealed, “An” takes on the appeal of a foodie film like “Jiro Dreams of Sushi.” However, the process is just the setup for Kawase’s deeper story. Both Sentaro and Tokue are concealing secrets from the past. Sentaro is indebted for life to the stand’s owner, the selfish and capricious wife of the man who once bailed him out of serious trouble. Tokue’s secret, one that has already made her a lifelong outcast, is inadvertently leaked in the town by a friend, and has a dire effect on the newly revived business.

The specter of death puts a new spin on this story, and Kawase handles it majestically. The finale stealthily builds to a tearjerker, made all the more powerful by the admirable restraint of the actors, and the fact that Kawase lets their performances simmer and develop flavor, a secret recipe applying to more than beans.

Process is also totally central to “One Floor Below” by Radu Muntean, which also premiered in Un Certain Regard. One of the bright lights of the contemporary Romanian cinema, Muntean is known for films including “Boogie” and “Tuesday, After Christmas.” The plot of “One Floor Below” builds a labyrinth of the mundane, dropping clues, pointing toward dead ends, and revealing the scope of its vast puzzle only in hints.

Like many of his fellow Romanian directors, Muntean demonstrates a fascination with the futile ways of bureaucracy. Superficially, “One Floor Below” involves the life of Sandu with his wife and son and dog, in the days following the discovery of a young neighbor’s murder on the floor below his apartment. Muntean draws the viewer into the center of family life in all its humdrum details, from walking the dog to scolding the kid about homework.

Although Sandu overhears something the day of the murder that may be evidence against another neighbor, he mysteriously chooses not to inform the police when he’s questioned. Soon, that very same neighbor, Vali, approaches him for a business favor, which involves transferring his car registration in a hurry.

Muntean launches full process hell, as slippery Vali slips up at every opportunity, skips appointments, tells half truths and plays fast and loose with the documentation, all the while making efforts to ingratiate himself with Radu’s wife and son. That may mean nothing; it may mean everything. The finale’s frustrating spin through the motor vehicle registration process with Muntean figuratively at the wheel is yet another of the Romanian cinema’s triumphs of deadpan satire.