Like “The Wizard of Oz”, the new Pixar animated feature "Inside Out” takes place almost entirely within the mind of a prepubescent girl. Whereas Victor Fleming’s classic plunged into the deepest fears of a Kansas girl named Dorothy and reimagined them as a dream, Pete Docter’s latest film—screened today to thunderous applause at Cannes Film Festival—has a more scientific approach: much of it is set quite literally inside the brain of Riley, an 11-year-old Minnesota native, forced to move with her parents to San Francisco.

On its surface, the film tells a story of a suddenly uprooted kid having a hard time adjusting to new environment. After having broken up in tears in front of an entire class on the first day of her new school, Riley becomes so scared, angry and confused, she decides to flee her parents and get back to Minnesota on her own. Scenes involving her actions take up roughly one fifth of the film’s running time, though: throughout most of it, what we get to see on the screen are the inner workings of Riley’s mind, staffed with five embodied moods (Joy, Sadness, Anger, Disgust and Fear), who bicker and argue in order to navigate the life of their owner—a bit as if they were operating a robot in “Pacific Rim”. 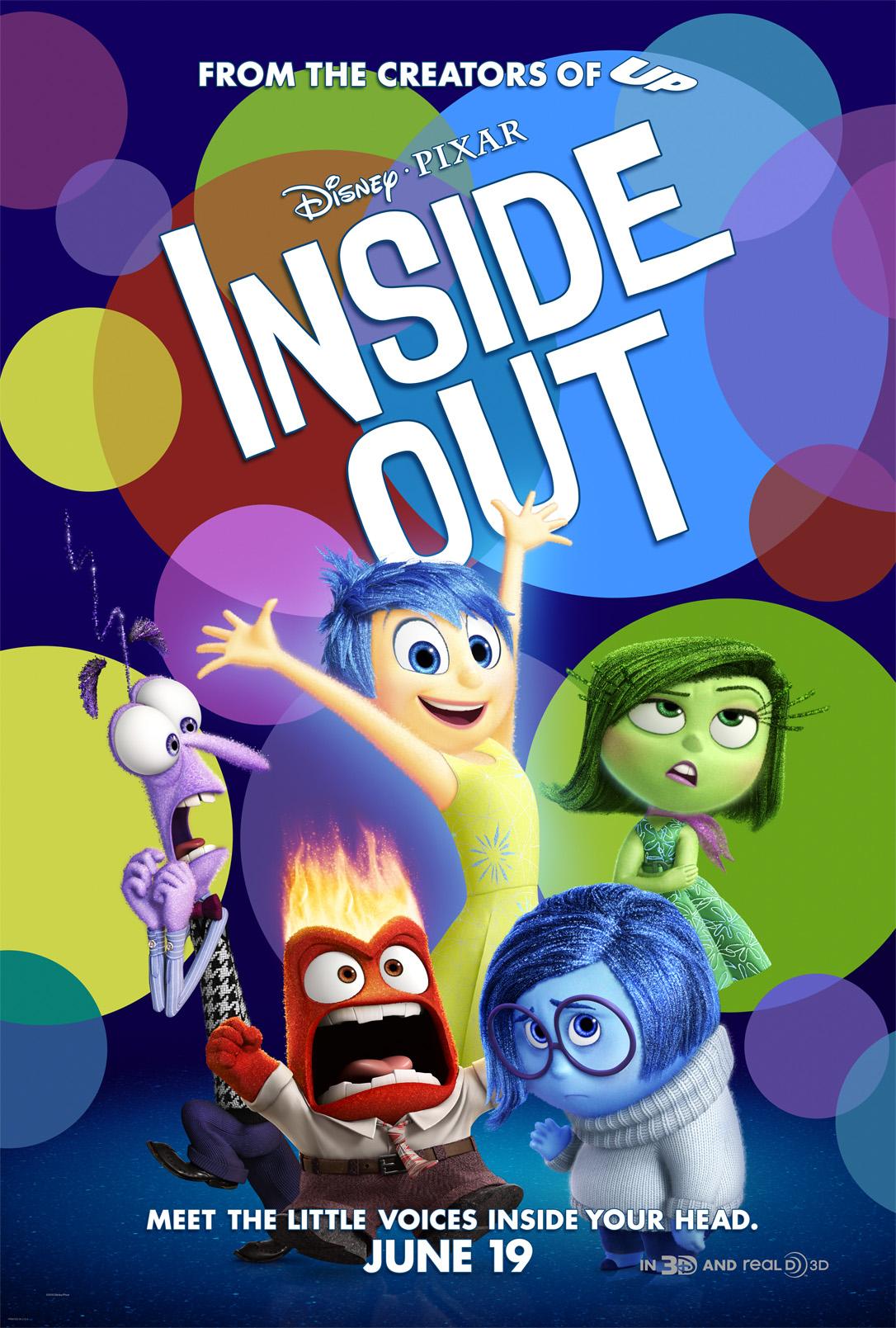 The premise of making a movie that takes place inside a person’s body is not entirely unfamiliar to anyone who has seen 1966's “Fantastic Voyage,” but a narrative taking place inside a person’s mind is certainly uncharted territory. Even though classic cartoons often visualized thought and decision-making processes (think of all those devils and angels vying for the souls of Looney Tunes’ characters), what Docter and his team cooked up here is altogether more ambitious: the entire narrative fabric of the film is formed in terms of cognitive processes that govern our lives. It may take a bit to get used to the film’s premise (with its complex system of Core Memories, Personality Islands, etc.), but once we’re in, the ride is pretty much irresistible—at once visceral and (literally) cerebral.

For its first third, the movie is basically a workplace sitcom with grey matter for office cubicles, fully inhabited by the star voice cast, led by Amy Poehler (as the tireless Joy) and “The Office”’s Phyllis Smith (as the ever-droopy Sadness). Since every member of the brain crew is basically a distillation of a single character trait, the comedy has real spark and intensity, and the entire cast runs away with the opportunity to go to the extremes in their respective roles (Lewis Black does marvels of grunting and shouting as Anger, and Bill Hader makes for a manic, gloriously neurotic Fear). The film’s main action starts as soon as Riley’s sudden depression threatens the entire foundation of her personality: Joy and Sadness have to traverse the entirety of the girl’s brain (including a dangerous 2D trek through the Abstract Thoughts area) in order to guide her through the first adult crisis she’s experienced.

As entertaining as it is, the movie is also a serious rumination on the contradictions that drive our very selves every hour of the day, and as such I can imagine it will prove not only great entertainment for adults and kids, but also a possible material for parents-kids discussion after the screening. As it was presented today at Cannes, the film certainly succeeded in bringing the press-filled Grand Theatre Lumière to tears—by the end, you could hear loud sniffs rolling down the balcony and across ground level seats alike.

Numerous movies before this one played with the tension between what goes on in people’s heads and how they actually behave. Carl Reiner did it in “All of Me”, as did Woody Allen in the famous subtitled flirtation scene in “Annie Hall” (not to mention the final segment of “Everything You Always Wanted to Know About Sex *But Were Afraid to Ask”, set inside male brain during intercourse). Still, what this film does is quite unique: here’s a mainstream animation adventure that acknowledges, instead of denying, the complexity of human motivations, decisions and actions. As a result, the level of psychological subtlety achieved in “Inside Out” truly raises the bar for contemporary children’s animation. The film portrays an uneasy alliance of Sadness and Joy that allows its main character to become a fuller, better self.