Every year, the city of Cannes throws a free lunch for film festival journalists in the courtyard of Notre Dame de l’Esperance, a 14th-century church perched on a steep cliff at the highest point in town. A band plays, townspeople in traditional costume greet arriving guests, and elderly war veterans stand displaying their medals. It’s touristy to the max yet homegrown unique.

Years ago, an American critic assured me that “only losers” would attend this affair. Well, as usual, I joined a few hundred other losers under the ancient pine trees for an hour, to take in the spectacular view of the Mediterranean and watch the gulls. As we feasted on poached fish with aioli, the Provencal garlic mayonnaise, at packed tables that forced a genial intimacy, I made the acquaintance of two Iranian ladies, one living in Paris and the other in Geneva; a retired ex-pat American whose business card reads “world traveler and red hot lover;” his young assistant from Boston, and assorted French people.

Films that dissect the social fabric, dealing with tradition, aberration, healing, or the conscious choice between life and death seem to be a festival priority this year. “The Sea of Trees” and “Valley of Love” deal with suicide. “Standing Tall,” “Mon Roi” and “The Measure of a Man” make therapeutic and social services integral to their plots.  “Madonna” is set in a hospital where a victimized woman is about to be exploited as an organ donor. “Chronic,” by Mexican director Michel Franco (“After Lucia"), today’s film premiering in competition, delves into the relationships of a male nurse, played by Tim Roth, with his terminally ill patients.

“Chronic,” in English and set in Los Angeles, first depicts David (Roth) as he is bathing an emaciated semi-conscious young woman and dressing her. His actions are so careful and tender that it would seem that he is family, but it develops that he is the hired caregiver. With each client he demonstrates a special capacity to discern the needs that go beyond physical comfort.

It also quickly develops that David is a chameleon in his personal life, adopting some of the circumstances and identities of his patients. Having just come from the funeral of a patient, he tells strangers in a bar that his wife has died following a long illness. Caring for an elderly architect paralyzed by a stroke, he mentions to a clerk in a bookstore that he is an architect. He comes calling at a house designed by the patient, representing himself to the owner as the architect’s brother.

The puzzling thing about “Chronic” is that it is also a chameleon of a film that doesn’t reveal the purpose of its many guises. David appears to stalk a young woman online with implied sinister intent, but the truth, when revealed, is mundane. The family of a client is suing him for sexual harassment over circumstances that would seem plausibly explained and defended, yet the script sweeps this development under the rug.

The gradual revelation of a critical action in David’s past explains why his new terminal cancer patient Martha is asking for something more than daily care when she begs, “I need you to help me.” Help is on the way for Martha, but for David, director Franco opts for a cheap and ironic cop-out. 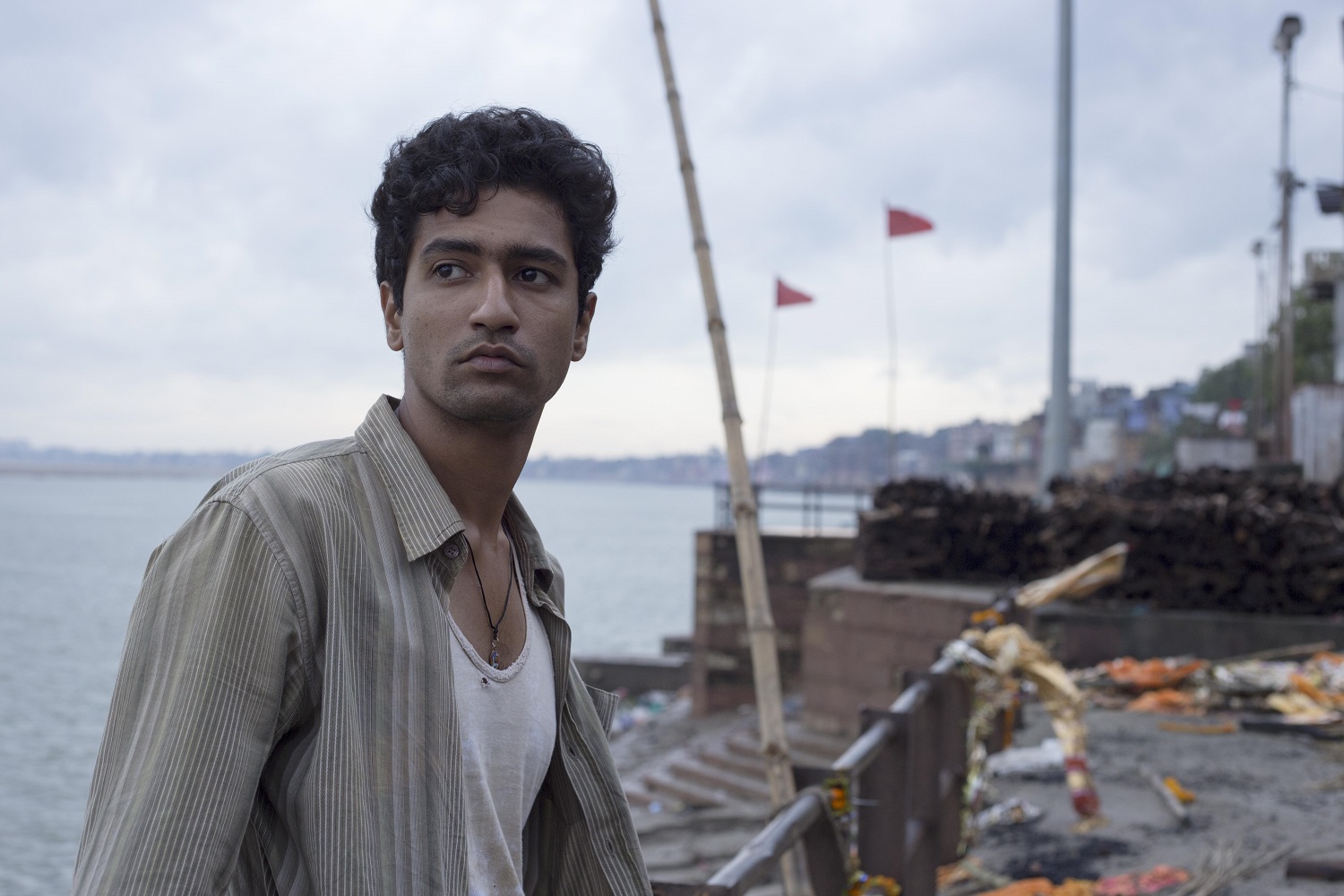 ”Masaan” a first feature by Indian director Neeraj Ghaywan, is set in the holy city of Benares, and plays in the Un Certain Regard section of the festival. The grip of tradition in matters of life and death, honor and social order all figure in a story that centers around two young people who come from the lowest caste in Indian society, families that make a living fueling the funeral pyres on the banks of the Ganges.

Ghaywan juggles a balance between social realism and a more melodramatic strain of filmmaking. Devi (Richa Chadda), a student, meets her boyfriend at a hotel for an illicit tryst that will end in his suicide after the police stage a raid and a corrupt cop makes her a pawn in an extortion scheme. Engineering student Deepak (Vicky Kaushal) falls in love with a woman well above his caste but the fate of their relationship is not to be determined by either of them.

The two separate plotlines, each of which involves tragedy, eventually come together. Director Ghaywan subtly pulls back from the immediacy of the circumstances in which Devi and Deepak find themselves, to suggest that aspiration may have a chance at changing fate in the new India, and that society may change slowly, but it will change.