A Community of Film Lovers: The New Orleans Film Festival

“That’s the headquarters of human resistance,” my friend remarked as we passed a warehouse. I’m in downtown New Orleans with a local driving around, and she’s explaining how half the city was taken over just a few months back for the production of "Terminator: Genisys," another entry in the long standing franchise.

The fact that big Hollywood productions run around cities is not shocking or new, but in many ways it is part of a growing trend in the Bayou. In the last year, science fiction blockbusters ("Ender’s Game"), Golden Age Television ("True Detective"), and last year’s Oscar Winner ("12 Years A Slave") among other countless productions headed South for the state’s lucrative tax benefit—a program that topped over $250 million in returns last year, larger than California and only second to New York.

There are a number of questions at stake in a program like a tax credit—financial, social, ethical—that one can ask. But the one that interested me, given the reason I was down there, was what happens to independent cinema in a place that where Hollywood is taking over? 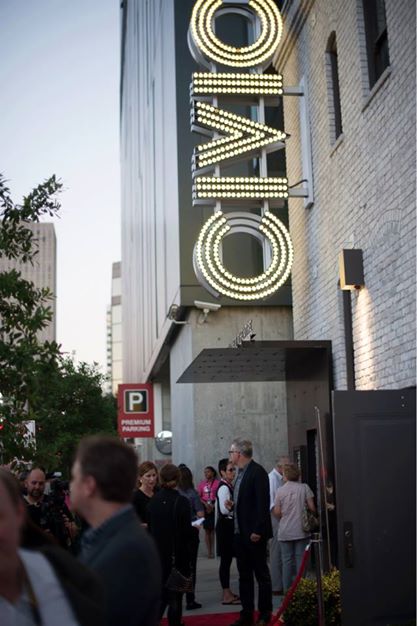 My visit to New Orleans was first and foremost for the New Orleans Film Festival, which was entering its 25th year. My main role was as a juror the Louisiana-made short film competition, though I took plenty of time to watch features and especially dabble around in the community (full disclosure: my flight and hotel bill were generously covered by the New Orleans Film Society and its sponsors).

Like many regional film festivals, NOFF isn’t about a lot of red carpet start studded premieres, and the trades aren’t announcing any lucrative distribution deals. Its program selection is a mix of expected Oscar hopefuls ("Whiplash," "The Imitation Game") and smaller films off the radar of festivals like Sundance or SXSW. I skipped those big titles, knowing they’ll arrive at most multiplexes in Los Angeles in a matter of months. However, as Shotgun Cinema programmer Angela Catalano explained to me, indie distributors often skip cities like New Orleans because of VOD platforms. If you want to see Jean-Luc Godard’s 3D extravaganza "Goodbye To Language," local filmgoers will only have the festival screening to do so.

While titles from big name filmmakers always get the precedent, the smaller gems from this year’s festival shined very bright. Brandon Colvin is a Wisconsin based filmmaker who is also completing a PhD in Film at the University of Wisconsin, Madison—the home turf of David Bordwell’s neo-formalist school of thought. I’d like to think Dr. Bordwell would share my high enthusiasm for "Sabbatical," Colvin’s second feature (his first, "Frames," is available for free on Vimeo). The premise is familiar: a nihilistic philosophy professor (Robert Longstreet) takes the semester off to take care of his ailing mother, while also confronting his ex-girlfriend and aimless brother (microbudget star Kentucker Audley). However, "Sabbatical" looks nothing like the contemporary indies its plot recalls. Colvin works in a method much closer to Bresson, using static close-ups that disjoint his characters. Shot in a classical Hollywood aspect ratio with a muted color palette, Colvin rarely reveals their faces directly to us, nor allows his characters to even speak above a whisper. Often relying on a meticulously crafted sense of off-screen sound, "Sabbatical"’s formal and narrative economy gives a physical connection to its characters. As it reaches its final sequence, Colvin cuts to the core of the film’s central relationship—an ending that is both tragic and humanizing. Colvin doubts the film will carry any sort of distributor soon, but the film (and filmmaker) are worth keeping an eye out. 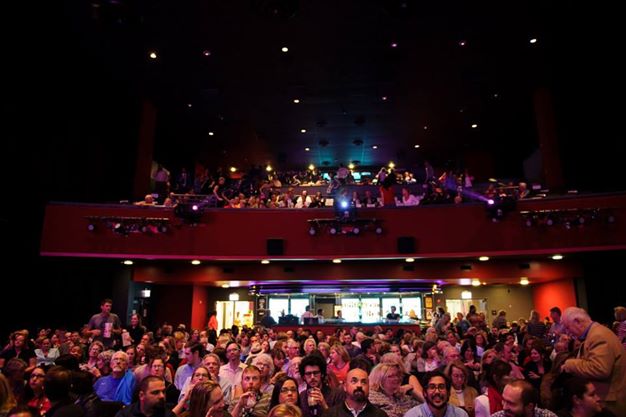 Amanda Wilder’s "Approaching The Elephant," a story of the attempt to start a new “free school” in New Jersey, is more terrifying to watch than anything in "Gone Girl." Shot in 4:3 black and white, recalling cinema verite works like "Primary" and "Don’t Look Back," Wilder follows the main teacher Alex works with a dozen 12-year-olds in an attempt to teach them true democracy. The children are free to set up whatever rules they want and call emergency meetings, but mostly they scream very loudly and run around. Wilder’s film stays centered on the classrooms, thus leaving the film open to interpretation of what to make of the possibilities of the methods used.

An even greater subject lies at the heart of New Orleans native Jessica Oreck’s documentary, "The Vanquishing of the Witch Baba Yaga," an essay film examining in part the relationship between the modernizing post-Soviet countries and its effect on older traditions. Oreck conveys much of this work through a poetic style: the gorgeous 16mm footage by Sean Price Williams ("Heaven Knows What," "Listen Up Philip") captures the landscapes of Poland and Ukraine, juxtaposing them against alienating cinder block homes in the cities. Oreck structures the film around the retelling of Romania’s oldest witch tale, beautifully animated through a series of moving picture stills. What begins as a simple fairy tale turns out to be quite complex—this isn’t just a Russian Hansel & Gretel, as Oreck shifts the signifiers of morality. "Baba Yaga" offers a complicated view of progress in the post-Soviet state, where “Othering” of older traditions puts culture in at a turning point. 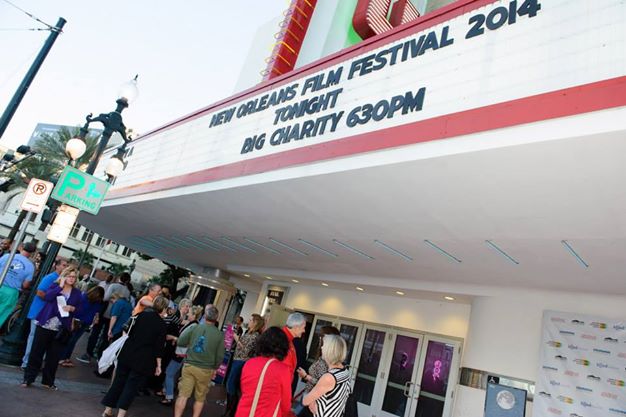 The award to Best Louisiana Short, for which I served as a juror, went to Kenna Moore’s "Church In Black," a 13 minute documentary focusing on the relationship between a local black church and one of its gospel choir members, an open homosexual. Moore’s editing recalls Frederick Wiseman, as she cuts between a conversation of local churchgoers discussing their mixed views and the man’s own description of his passions. Moore seamlessly manages two brilliant tasks through her stylistic touches: she emphatically humanizes the man, while also never reducing the rest of the church into bigots, trying to understand where and why certain members hold their prejudices. She does what the best type of documentaries can accomplish: she manages to burrow deep into an issue and allow us to make our own decisions.

"Church In Black" represents the kind of filmmaking that is too small to reach a large audience, but importantly captures what is happening in the city right now. The tax breaks may be very good for many filmmakers, but there’s a difference between reality and the Louisiana seen in "True Detective," where the yellow-hued dirt roads act like an added flavor without much in terms of specificity. Shorts like "Flight of the Bumblebee" give a cacophonous view of the city’s music scene from the street level by taking a "Slacker"-like approach as it follows characters for a minute before turning down another street. Other shorts use the city’s long history with mysticism, whether as a thrilling ghost story in "Her Name Was Alice" or as a surrealist trip as a character passes into death in "Brokedown Paradise." And numerous films dealt with the continuing cultural and political fall out of Hurricane Katrina, whether in terms of real estate, racial anxieties, or simply the ominous presence of water. What’s most notable is the space each locale creates—these are not the crowded streets of New York, but bars with a few regulars, families in their backyards, or just a street corner with a trumpet player providing a few blues notes.

NOFF then, is appropriately a film festival but more of a community of film lovers event, a time to get everyone together and share what they’ve been working on for the last year. Filmmakers mix with programmers, mix with juries, mix with regular audience-goers. The Sunday morning brunch for awards (BBQ shrimp over grits!) was designed as a free for all sit and chat with whom you please, and not a place of networking but sharing. The main theater reflected this design as well—a converted mall multiplex with a bar and tables to chat in between screenings (plus no waiting in hour long lines to make it into a movie). Even if the festival’s program mixed Hollywood against these smaller productions, audiences seemed more engaged to find these their own reflection than the one that Hollywood programmed for them.

NOFF has certainly been able to expand its programming due to the Hollywood productions that have come through, but the filmmakers there are still working at a small scale—many of them often crewing on bigger productions to finance their local work. The 2002 tax incentive has been effective in some ways—a Los Angeles Times report notes the creation of 2,760 jobs over the last ten years—but the big Hollywood talent has been problematically sucking up most of this money, leaving independent filmmakers stuck in the same model.

This puts New Orleans filmmakers in a state of purgatory. Many remarked that they had been able to quit side jobs and finally become full time film crew members by working on these larger productions, but what will happen when the tax breaks go away and the work moves states once again? And while the city has been a fantastic resource, it’s only these truly local films that are giving the city a character on screen that tell us something about the city at the same time it gives us its narratives.

If we must sit cautiously, I’ll heed the word of an optimistic festival goer, who had been living in the city for over 50 years: “Everything always changes.”