It is with a heavy heart that we report that Wes Craven, the man who influenced the horror genre in countless ways, has passed away at the age of 76. His representatives have confirmed Craven’s death from brain cancer, as reported by The Hollywood Reporter.

Born in Cleveland, Ohio in 1939, Craven brought a Midwestern sensibility to the genre he would redefine, even reportedly setting his “A Nightmare on Elm Street” on a real thoroughfare from his upbringing. Raised in a strict Baptist family (and oh how that religious upbringing would influence “The Last House on the Left” and “Nightmare”), Craven went to Wheaton College and earned a Master’s Degree in Philosophy and Writing from John Hopkins University.

He worked as a sound editor and reportedly in the porn industry under a directorial pseudonym before making his film debut with the landmark “The Last House on the Left.” Controversial to the point of calling for its banning from our culture, “Last House” was a terrifying tale of revenge based on Ingmar Bergman’s “The Virgin Spring.” Most importantly, it was made for almost nothing ($87,000), helping to usher in the era of DIY horror. Critics dismissed and even derided the film, but its cult following grew almost immediately. Similar success would follow with “The Hills Have Eyes” in 1977 and “Swamp Thing” in 1982, but it was the story of Freddy Krueger in 1984 that would change everything. Craven claimed that he was inspired to create “Nightmare” after reading a news story about a man who was convinced he would die in his sleep, telling everyone that he was doomed to do so and staying up for days to avoid his fate. When he did finally succumb to sleep, he died. Combine that with the "sins of the parents shall be visited upon the children" concept of "Elm Street" and Freddy Krueger was born. 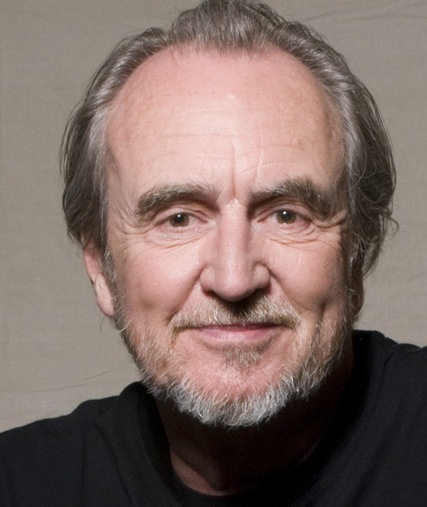 Made for $1.8 million (and featuring an early appearance by Johnny Depp), “Nightmare” made over $25 million in 1984, an unheard of number for a horror film. It spawned not just a franchise but an industry, including eight sequels, video game appearances, comic books, toys, and dozens of imitators. Hating the script for the awful, rushed “A Nightmare on Elm Street 2: Freddy’s Revenge,” Craven left the franchise, returning in 1994 for its best installment, “Wes Craven’s New Nightmare.”

Between his “Nightmares,” Craven would have some misfires (“Chiller,” “The Hills Have Eyes Part II”) and some underrated nightmarish visions (“The Serpent and the Rainbow,” “Shocker,” and “The People Under the Stairs”). He arguably hit his career low with “Vampire in Brooklyn” before crafting the biggest hit of his career in 1996’s “Scream,” another film that launched an industry, even being adapted into an MTV series that currently airs (the season finale is Tuesday night). Unlike “Nightmare,” Craven would direct all three sequels to “Scream,” and, also unlike “Nightmare,” every film in the franchise has some value. Craven brought a professionalism, wit, and skill to everything he did, even a notoriously mishandled disaster like “Cursed.” One of his best films came late in his career, the 2005 thriller “Red Eye,” and Craven spread out to drama a few times with “Music of the Heart” and an installment (even if it is horror) in “Paris, je t’aime.”

He Executive Produced the TV series “Scream” but 2011’s “Scream 4” will be the final film credit for Wes Craven. Watching part of “Never Sleep Again”—a documentary about the “Nightmare” series—just yesterday, I searched the web to see what Craven was up to now, hoping he had one more masterstroke in him. I feel like he would have loved what’s happened to modern horror with the resurgence of boogeymen in films like “It Follows” and “The Babadook”.

One final note: My first interview, a decade ago, was with Mr. Craven, someone I idolized most of my horror-loving childhood. He immediately put me at ease, and surprised me by discussing how much he was into bird-watching as a hobby. He was witty, funny and incredibly easy to talk to. I wish I could have met him again and thanked him for that encouraging discussion. I know I will dearly miss him. I also know I'm not alone.