We Exist: The Female Horror Directors of 2014

This year, female filmmakers like Australian newcomer Jennifer Kent and Belgian director Hélène Cattet took us inside the tortured headspaces of their films’ haunted protagonists. Their exceptional horror movies—“The Babadook” and “The Strange Color of Your Body's Tears" (which Cattet co-directed)—examine personal grief, familial trauma and sexual anxiety in new and compelling ways. These films are, in a sense, ghost stories about women who cling to their pasts, but can no longer hide within.

Pathological memory, ritualized madness, and the traumatized woman ties Mona Fastvold’s “The Sleepwalker” to Kent’s tale about the unraveling of a single mother. “The Babadook’s” still-grieving widow, Essie Davis’ Amelia, mourns the loss of her husband, her career and her dreams for her family—now plagued with exasperation and resentment surrounding her troubled child, Noah Wiseman’s Samuel. Amelia sinks into an insomniac haze while Samuel howls with emotional pain. He is the manifestation of her loss and the only voice she has left—until the incantation uttered during a bedtime storybook ritual invokes the monster within. 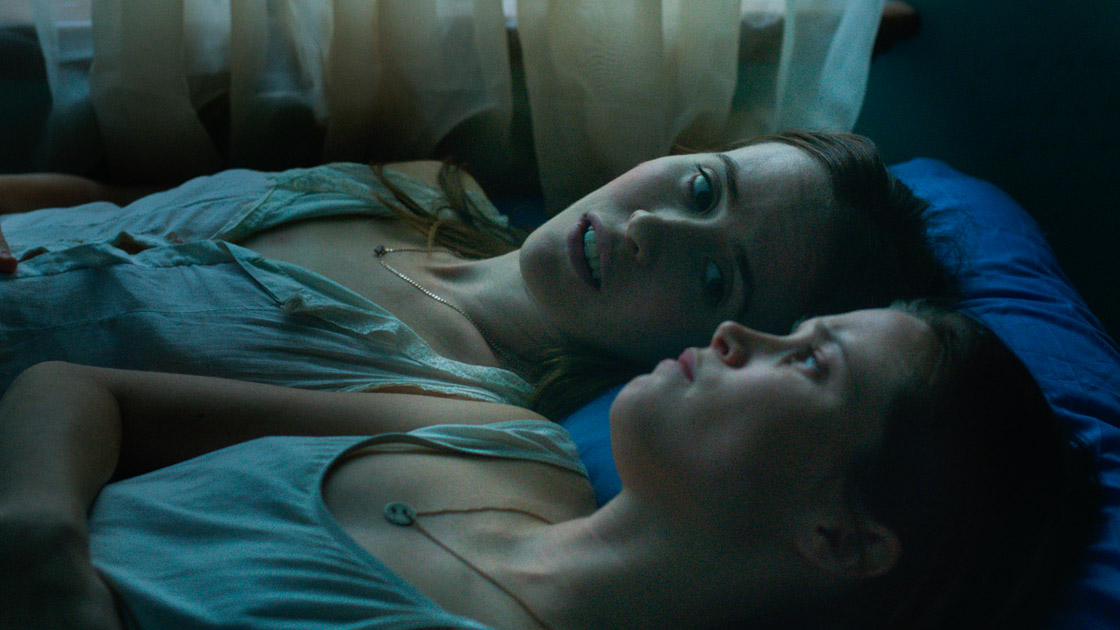 The physicality of pain and suffering, which replaces the traditional genre cinema depiction of the (naked) female body, also appears in “The Sleepwalker.” We glimpse the nude frames of adult siblings Kaia (Gitte Witt) and Christine (Stephanie Ellis) within the first few minutes of the movie, but their wan bodies—draped in the nightgowns of little girls—are vessels of childhood trauma. Kaia is waifish, frail. She, at turns, feels great shame about her physical afflictions, but also traipses across the forest grounds of her secluded family estate dressed in the sheer tatters of a fairy tale nymph. Christine wanders the hallways, unconcerned with her nudity like a child. She is hypersexual, impulsive. She returns to the family home to reopen the wounds of the past, while Kaia continues to bury them. “She has a hard time separating her fictions from reality,” Kaia says. And so Christine is the one who sleepwalks—restless, caught in the uneasy shift between truth and an “unconscious” coping mechanism that may or may not be real. These female bodies—Amelia’s, Kaia’s, Christine’s—express fear. They are isolated bodies—costumed specters that float above the bed in a lucid dream and escape into the woods like feral children. 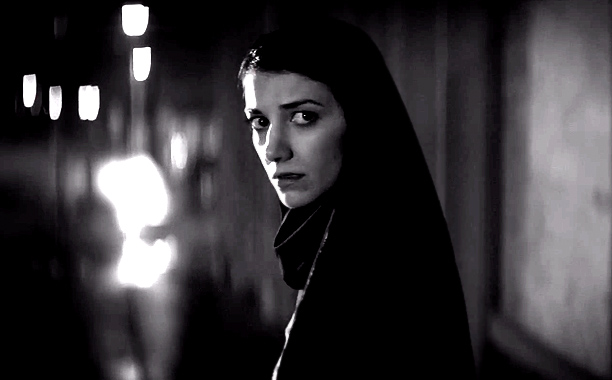 In a genre that is a study in extremes, women often have little agency. Complicated, multifaceted and flawed female characters are still few. Ana Lily Amirpour’s “A Girl Walks Home Alone at Night”—an Iranian vampire film with the posturing of a spaghetti western as told by ‘80s-era Jim Jarmusch and ‘90s-era Gregg Araki—opens with a lament from a sleazy television lawyer about women slaving away for their husbands only to be replaced by a “younger model.” The pressures of female perfection and obedience pervades the film—from the omnipresent chador worn by traditional Iranian women, to the phantom of a family matriarch whose departure is blamed for a grieving father’s devastating drug addiction and depression. A local thug runs roughshod over “Bad City’s” residents, threatening a woman he pimps out where it hurts her most: he can make certain she will never become a mother if she doesn’t stay in line. Although the dial-a-lawyer warns of mayhem to women across the airwaves, Sheila Vand’s fanged and cloaked titular “Girl” is the cruel city’s lone woman who violently defies her role. She has romantic impulses that simmer to the surface, remnants of her humanity, now gone. But her otherness makes it easy to taunt the men who roam the streets at night begging for a freebie from the neighborhood sex workers and to terrorize a young boy beggar who isn’t so poor that he owns a skateboard. “I’ll be watching you for the rest of your life,” she hisses to him in reprimand. It is a twisted role reversal that subjugates the men much as they do to women from the day they are born, and later, bred for submission.

It’s essential to note that although the women of “A Girl Walks Home Alone at Night” are faced with an impossible ideal, they are fallible and never punished. The bandaged and newly button-nosed rich girl, who seeks only to make our wilted male protagonist, Arash (played by Arash Marandi), her plaything, is entitled to express her sexuality. “A Girl Walks Home Alone at Night” portrays women prostituting themselves, being unkind to men, doing drugs, and, yes, killing, but unlike horror cinema’s most provocative female characters, they are not slaughtered for their supposed sins. 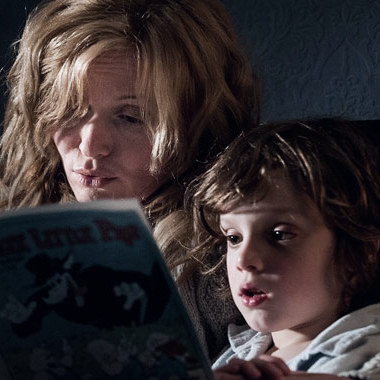 This notion of the “good” and “troubled” woman is subverted in “The Babadook’s” portrayal of motherhood. It is still taboo to admit complex, ambivalent feelings about being a mother. Horror has a long history of condemning mothers for going against the self-sacrificing type. Marge Thompson, mother of “A Nightmare on Elm Street’s” Nancy Thompson, is plagued by alcoholism and succumbs to child killer Freddy Krueger. She is guilty of helping to murder the madman, who now stalks teens in their dreams from beyond the grave, and her maternal missteps are too great to allow her to live. Nancy’s father Don Thompson is also guilty of murdering Freddy, but survives the ordeal for the next several films. The mother is essential, intrinsically linked to her child’s survival. Amelia’s love for Samuel drives “The Babadook’s” story, but we are privy to the struggling mother’s neglect and hostility toward him—which later possesses her with murderous intent. "You don't have to be fine, you know?" a friend reassures Amelia as the cracks of her psyche start to show. It is the truest line spoken in “The Babadook” that is especially resonant for a lot of women—and a point where the film surpasses the trappings of the maternal horror subgenre. In perhaps the film’s most novel plot twist, Amelia chooses to learn to live with the monster, to acknowledge it. It is never completely vanquished. None of us are granted such absolutes. 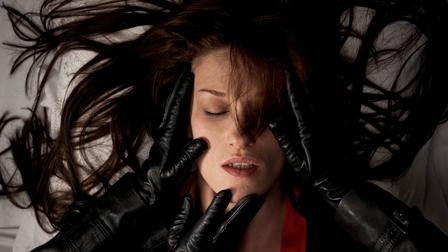 The presence of women is similarly not intended to bring resolution to the male protagonists in “The Strange Color of Your Body's Tears.” Taking its visual cues from the “gialli,” the lurid and stylish Italian horror thrillers from the ’60s and ‘70s, the film’s breathtaking mystery is set inside a labyrinthine apartment where the walls groan, heaving with every breath. Dan (Klaus Tange) is drawn into the bowels of the building in search of his missing wife (Ursula Bedena). But he’s a mere key in “Strange Color’s” dizzying premise, unlocking the dark memories of the movie’s women. A scene precedes this discovery, in which one couple in the apartment ceremoniously copulates, ostensibly summoning a strange noise in their bedroom. The man’s unexplainable entrance to the source through a peephole he drills into the ceiling opens a door to the secrets contained within. He is, figuratively, a key. In a self-aware moment in Dario Argento’s 1982 giallo “Tenebrae,” one female character ironically condemns the genre’s women as “victims, ciphers,” before becoming a victim herself. Like “A Girl Walks Home Alone at Night,” “Strange Color” employs a bit of role reversal, making Dan, and the film’s other male protagonists, the cipher—interchangeable, disposable. As the apartment yawns to life, women seemingly materializing from within the walls, past traumas and violent fantasies are explored. The women are given voice, remembered. This recalls Lucio Fulci’s 1977 giallo “Seven Notes in Black,” in which the eerie chime of Virginia’s wristwatch echoing behind the wall that holds her prisoner signals to us that even though she’s doomed, she will still be heard.

Gertrude Stein once wrote, “Is there repetition or is there insistence? I am inclined to believe there is no such thing as repetition.” The somnambulistic Christine impresses her footsteps upon hallway floors. She assumes a familiar kneeling position in her now absent father’s study and engages sister Kaia in childhood rituals as if to say, “This happened. We were really here.” The unspoken, interior lives of women revealed in this year’s female-directed genre slate speak, too: “We exist.” It’s an exciting precedent leading to next year’s female-driven horror anthology, “XX” (with entries by Mary Harron, Karyn Kusama, Jennifer Chamber Lynch, and more), and other films that will hopefully continue a path of insistence in relatable, unconventional ways.