“It’s easy to imagine the counterargument from those in favor of fan theories: What’s the harm? ‘The Dark Knight’ doesn’t become better or worse because of a Reddit user’s theory about the Joker, as silly as that theory might sound. The ‘Toy Story’ films are still marvelous whether or not Andy’s mom is Jessie’s old owner. ‘Jurassic World’ is still a resounding disappointment, even if Chris Pratt wasn’t cosplaying as a less chunky version of some nasty little kid. The problem is that these theories, online, become as inextricable to a vast amount of readers as the actual movies themselves. Worse still, these fan theories are quickly replacing actual critical analysis, covered by a large amount of entertainment websites in part because the content beast must be fed, and in part because it takes the work out of the hands of the sites’ writers and into the hands of random commenters who have too much time on their hands.So what’s the difference between a fan theory and a deep-dive exploration into one aspect of a film? The former is the product of a person choosing to fantasize about what they would do if they had made the film they’re watching, and the latter is the product of a person paying attention to the movie they’re watching and responding in kind. Often, the fan theories that send the Internet—specifically its social-media avenues—into a tizzy rely heavily on the fact that they aren’t based directly on what’s present in the text. Take, for example, the notion that Owen Grady in ‘Jurassic World’ is the kid in the opening of ‘Jurassic Park.’ That certainly sounds cool, and would be a nice, if random, tie-in to the 1993 film. But what’s the evidence backing this theory? Well, see, the kid in ‘Jurassic Park’ is only credited as ‘Volunteer Boy.’ So his name could be Owen! Also, Chris Pratt is only a year older than the actor who played Volunteer Boy, so the timeline could fit! Also…um…hey, look, something shiny!” 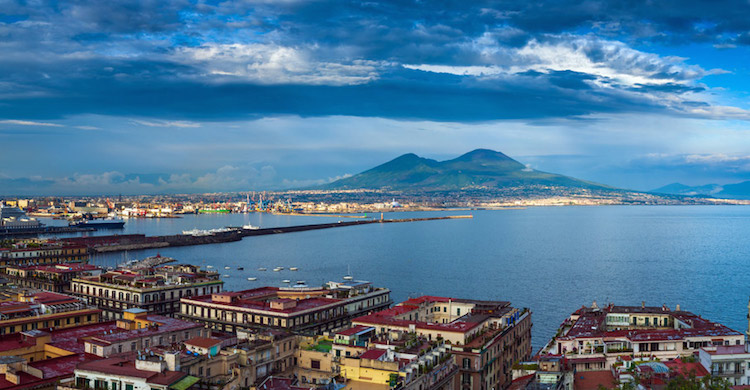 “It’s all very predictably sexist, of course. There’s nothing surprising about a woman’s long serial narrative about women’s lives being compared to melodramatic soap opera, or being framed as pandering to consumers with its overdrawn theatricality. This is a very old story, both about women writers and about the women who read them. Men write serious Works of Literature—and even now, someone, somewhere, is debating whether Jonathan Franzen has just written The Great American Novel—while women’s writing is a cheap consumer product, fun, perhaps, but ultimately insubstantial. In this way, both writer and reader are demeaned: if the work is operatic, it’s only to sell domestic products (like soap) to housewives. But consuming them doesn’t satisfy. It only makes you hungry for more.It’s hard to overstate how far this kind of review misses the mark. If Ferrante ‘emerges’ this way, it’s because readers haven’t known what they’re looking for, or because they’ve been so sure of what they’ll find that they haven’t bothered to look. But reviews like this one—which is typical, if not quite representative—tell readers precisely what not to look for. These are not melodramatic novels: instead of flattened and exaggerated characters, wild plot twists, and lurid sensationalism, we get deeply sensitive and realistic depictions of human beings, with all their tragic flaws and petty nobilities. If melodrama is black and white, Ferrante is all shades of gray; if soap opera or Dickens have an incentive to drag things out, introducing new characters and new plotlines whenever necessary, Ferrante’s long story works the same characters, the same themes, and the same plot, from beginning to end.” 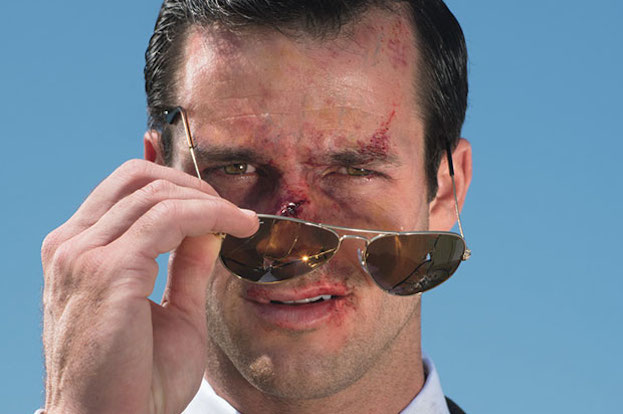 "Inside the Agent Raid That Changed Hollywood in One Day": A sprawling report from Maer Roshan at Details.

“The most daring raid in recent Hollywood history was carried out with military, even cinematic, precision—a perfectly choreographed sequence of events that culminated with an oversize bang. Early one morning in late March, five of the top agents at Los Angeles' powerful Creative Artists Agency rose for work as usual. But instead of heading to the sleek Century City headquarters of CAA, they made their way to the tranquil Beverly Hills compound of United Talent Agency, where a suite of well-appointed offices awaited them. By 10 o'clock, when the agents arrived at their new jobs, their assistants, some of whom had resigned from CAA the same morning, were settling into their new workspace, celebrating with bagels and coffee. Forty-five minutes earlier, as if on cue, messengers had descended on CAA, hand-delivering the five agents' letters of resignation. After making sure the letters had reached their destination, UTA's CEO, Jeremy Zimmer, sent out a brief e-mail welcoming the new hires and confirming the rumors that were circulating all over town. By Hollywood standards, it was a pretty tame announcement, largely free of the self-congratulatory chest-thumping that usually accompanies such missives. But the implications were unmistakable: UTA had just captured the most vital elements of its rival's powerhouse comedy team—and the battle had only just begun.” 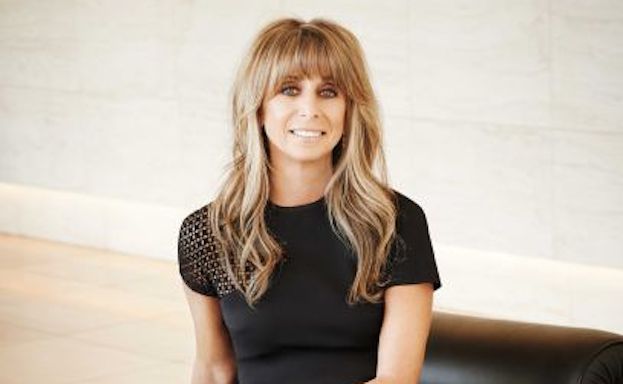 "An entertainment power player: What it's like to be a 65-year-old woman in Hollywood": Commentary from NBCUniversal's Bonnie Hammer at Fortune.

“I celebrated my birthday last month, and for the first time in as long as I can remember, I was completely open about my age. To use a common phrase, I ‘manned up’ and embraced my 65th birthday, wrinkles and all. The very concept of ‘manning up’ has me thinking about what it means to be an aging woman, particularly in the workplace. In the American office lexicon, ‘aging’— and its close cousin ‘old’—are inconsistent modifiers. While older women are often labeled as ‘tired’ and ‘out of touch,’ aging men get to be ‘distinguished’ and ‘seasoned.’Nowhere has this been more evident than in the entertainment industry, where I work. While leading men have been celebrated for their timeless charm and weathered good looks, women my age have been barely visible on screen—or try to remain visible by remodeling what age has created. Bowing to societal pressures, they’ve lifted brows, tightened skin, filled laugh lines, and realigned proportions, all to stretch careers that would have otherwise been jeopardized by simply looking one’s age. But the struggle for relevance isn’t just a Hollywood story. Ask almost any woman in her 60s and she’ll tell you that while she may feel like 40—vital, vigorous and engaged—her valuation has changed. Experience is often dismissed, energy routinely ignored and, let’s face it, sex appeal all but laughed at. In racetrack jargon, we old mares are sent out to pasture while our male counterparts frolic in stud farms.” 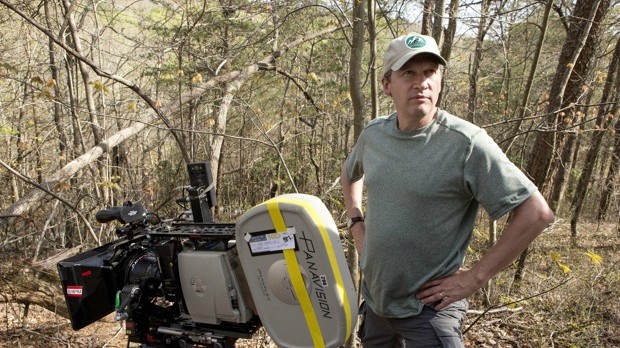 "'The Mid-Size Studio Feature is Gone': Ken Kwapis on 'A Walk in the Woods'": One of our favorite interviewers, Jim Hemphill, chats with the director at Filmmaker Magazine.

“Redford and I met in late 2013. I think one of the reasons Redford approached me was because he enjoyed the way I balanced comedy and drama in my work. I know he was also appreciative of the environmental message in my last film, ‘Big Miracle.’ In that film the environment is severe, overpowering: northern Alaska, 40° below 0°. The Appalachian Trail is different, however. This is a story about two men who decide to walk over 2,000 miles, and neither of them are really suited for it. I loved the idea of trying to bring to life the experience of struggling on a trail day after day for weeks and months. One of the first things I was struck by is how much the story is really about the environment. The second thing I was struck by is how funny Bill Bryson’s memoir is. It’s rare to think of a piece of travel writing as laugh out loud, but Bryson’s book has many truly knee-slapping moments. I just felt really at home with that material, and I knew exactly the tone that I wanted to get in terms of the humor. Then, the last thing I was impressed by with the book is that it’s a travel memoir, but really, at heart, it’s a character piece. It’s an interior journey. In a way, it has a very classical aspect in the sense that it’s epic in scale but intimate, a very introspective story.” 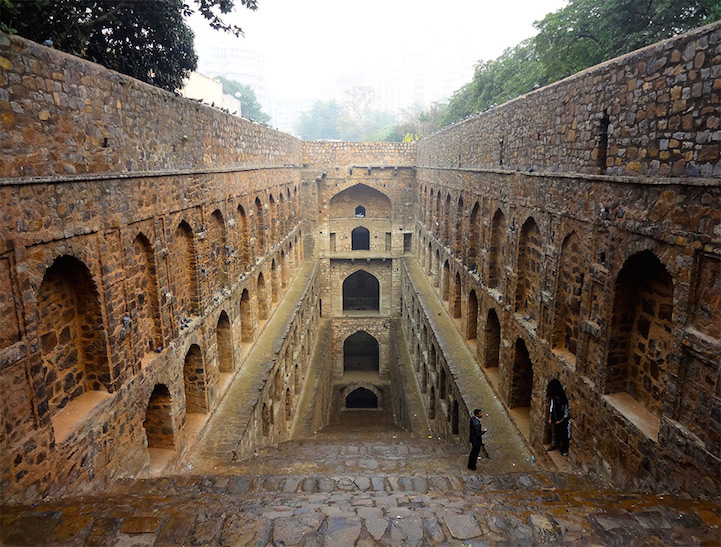 Director Martin Stirling's viral ad for Save The Children is, quite frankly, one of the most astonishing short films I've ever seen.