"Julia Sarah Stone on 'Weirdos,' 'Wet Bum'": My interview at the Toronto International Film Festival with one of the most promising talents in modern cinema, published at Indie Outlook.

“Indie Outlook: ‘[Director Lindsay MacKay] referred to you as a ‘one-take wonder.’’ Stone: ‘Part of my job as an actor is to arrive onset and be one hundred percent prepared. I need to know my lines, of course, but I also need to know the journey that the character is going through on that day and in that scene. It’s all about being ready emotionally and being very open. I like to arrive onset and be an open book and absorb things because that’s how you become present in a scene. A scene is just an honest interaction between people, and that’s the situation that I’m putting myself in when I go to set.’ […] Indie Outlook: ‘Acting onstage in high school made me more comfortable in my own skin offstage.’ Stone: ‘It’s definitely a form of self-expression even though it’s an expression of a different character. When I’m acting through another character, I don’t feel self-conscious at all because I’m not myself. Somebody else has taken control. It’s very emotionally freeing to be able to have that kind of connection with somebody and to be reacting from a place of vulnerability. It takes a lot of vulnerability and emotional openness to be authentic and organic in a scene with someone else. Molly Parker was so fantastic at doing just that. Every time I saw her onscreen, I was in awe of how brilliant she was. She gave everybody who saw her performance a glimpse into the mind of that character. When she talks to people, she’s so present. She just gives one hundred percent of herself all the time, and that’s something that I think is really admirable, especially in a society where people are often very closed off. It’s refreshing.’”

"I Told My Kid She Could Be Anything—So She Became a Stormtrooper": A terrific article from Tom Burns at Your Tango.

“We originally had very simple plans for this summer. We talked about visiting family, maybe renting a lake house with some friends. The last thing I thought I’d be doing is standing on a sound-stage in Los Angeles watching my nine-year-old daughter march around in Stormtrooper armor in front of a green screen, while four production assistants blasted her with fans to give her hair the perfect Beyoncé look. But that’s exactly what happened. Somehow, through the unholy power of geek parenting, my non-actor daughter ended up being cast in a ‘Star Wars’ commercial as her father, who used to freeze his Han Solo action figures in a water-filled butter dish to replicate carbonite, looked on in astonishment. The world is a weird, wonderful place, sometimes. […] But, again, I feel the need to point out that my daughter isn’t an actor. We don’t know any famous people. I have no access to any strings I could’ve pulled to get her this gig. My daughter was chosen for the commercial simply because she enjoys geeking out with her dad, which, speaking as her dad, is one of my favorite things in the world.” 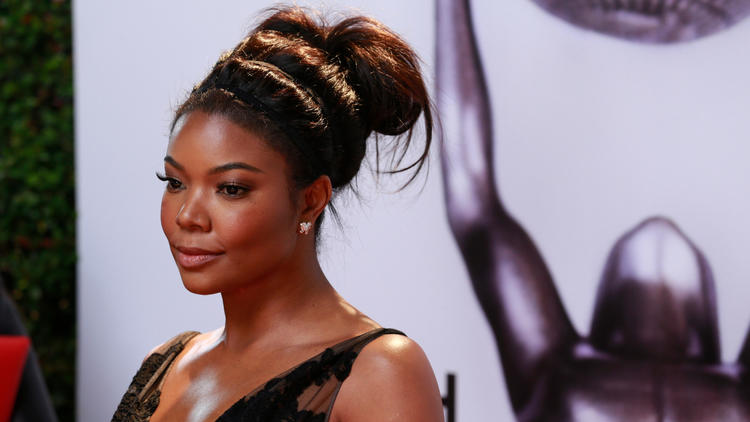 “Since Nate Parker’s story was revealed to me, I have found myself in a state of stomach-churning confusion. I took this role because I related to the experience. I also wanted to give a voice to my character, who remains silent throughout the film. In her silence, she represents countless black women who have been and continue to be violated. Women without a voice, without power. Women in general. But black women in particular. I knew I could walk out of our movie and speak to the audience about what it feels like to be a survivor. My compassion for victims of sexual violence is something that I cannot control. It spills out of me like an instinct rather than a choice. It pushes me to speak when I want to run away from the platform. When I am scared. Confused. Ashamed. I remember this part of myself and must reach out to anyone who will listen — other survivors, or even potential perpetrators. As important and ground-breaking as this film is, I cannot take these allegations lightly. On that night, 17-odd years ago, did Nate have his date’s consent? It’s very possible he thought he did. Yet by his own admission he did not have verbal affirmation; and even if she never said ‘no,’ silence certainly does not equal ‘yes.’ Although it’s often difficult to read and understand body language, the fact that some individuals interpret the absence of a ‘no’ as a ‘yes’ is problematic at least, criminal at worst. That’s why education on this issue is so vital.” 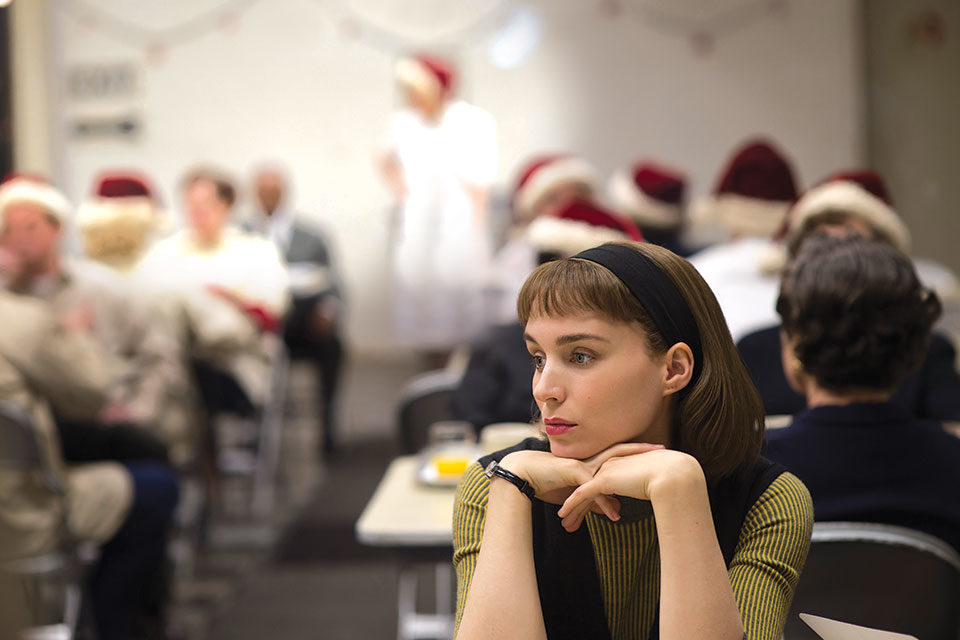 "The Great Recession": In this brilliant Film Comment essay, Shonni Enelow explores how modern film acting "speaks to the anxieties" of our era.

“‘The Hunger Games’ series, for all the dubious elasticity of their allegory, offer the possibility of a thematic reading of this kind of performance style—and especially Lawrence’s—in their tortured ambivalence toward mediated performance. Katniss must navigate the mass-media spectacle of the Games with theatrical and presentational savvy if she’s going to survive. But the films also remind us, over and over, that she’s being forced to perform against her will. When she’s first pushed onstage in a nightmarish talk show, Katniss is blank, cold. By the time she’s won the Games, she’s become marginally better at manipulating the media, but she’s still not a confident performer, and this is how we know she’s honest. In the third installment, she’s drafted into a rebellion against the regime and made to perform in a series of videos for a kind of viral political marketing scheme. The movie spends a remarkable amount of time on the fact that she simply cannot perform well in these videos—unless she is not performing at all, i.e., unless she is actually presented with extreme suffering. In short, there’s something deeply suspect, in the world of ‘The Hunger Games,’ about expressive performance. Inscrutability is a virtue. And the acknowledgment that being able to perform for the camera is a basic survival skill in a surveillance state is countered by the insistence that a true heroine wouldn’t be able to fake it.” 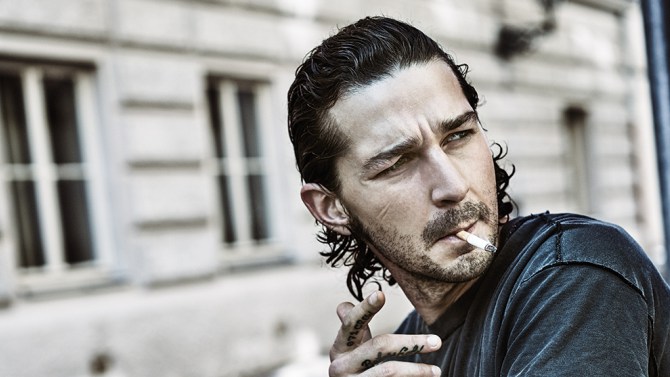 "How Shia LaBeouf Stopped Drinking and Found the Career He Wanted": A fascinating profile from Variety's Ramin Setoodeh.

“At 15, he emancipated himself from his mom, got his GED, and became a full-time actor. He dabbled in some indies, like 2006’s ‘A Guide to Recognizing Your Saints,’ where he portrays a younger version of a man played by Robert Downey Jr. He only got the role when he sent the director, Montiel, a series of three audition tapes. ‘Each one was more terrifying than the next,’ says Montiel, who cast him. LaBeouf eventually followed Disney with a lucrative partnership with Steven Spielberg on several projects at DreamWorks–including ‘Disturbia,’ ‘Transformers’ and ‘Eagle Eye’–as well as Paramount’s ‘Indiana Jones and the Kingdom of the Crystal Skull.’ He thought it would be a dream come true, but he had a hard time. ‘I grew up with this idea, if you got to Spielberg, that’s where it is,’ says LaBeouf, who originally wanted roles like Macaulay Culkin’s in the ‘Home Alone’ movies. ‘I’m not talking about fame, and I’m not talking about money.’He thought Spielberg would be his ticket to a big-screen legacy. ‘You get there, and you realize you’re not meeting the Spielberg you dream of,’ LaBeouf says. ‘You’re meeting a different Spielberg, who is in a different stage in his career. He’s less a director than he is a f–king company.’ (Spielberg declined to comment.)” 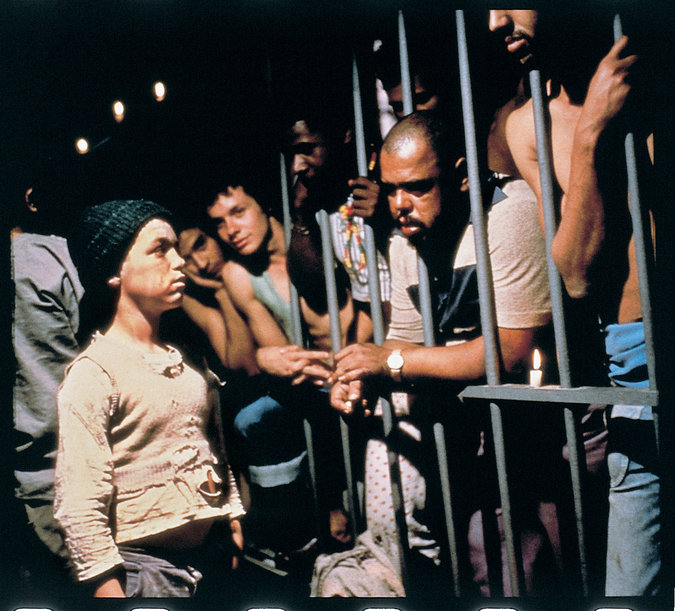 A scene from the 1981 film "Pixote," directed by the late Hector Babenco, who was eulogized by Julian Schnabel in The New York Times.