“‘I didn’t really want to do it as it was a monster part,’ Kiel told ‘Den of Geek’ in 2009. He told a producer: ‘If I were to play the role I’d give him some human characteristics, perseverance, frustration, those kind of things.’ This strategy was successful beyond anyone’s imagining. Like post-Civil War 19th century presidents, Bond villains are masks in a pageant with obscure grudges against 007. Can anyone remember why Goldfinger dipped women in gold or why Dr. No was so negative? Kiel chewed his way out of this stereotype. His epic, bumbling confrontations with Bond on trains, on planes and in space are the few moments of hilarity in a 23-film franchise. And he was the only bad guy brought back by popular demand. ‘I had convinced the producer that Jaws should have some characteristics that were human to counteract the steel teeth,’ Kiel said. ‘I guess I overdid it – I became too likeable to kill off.’” 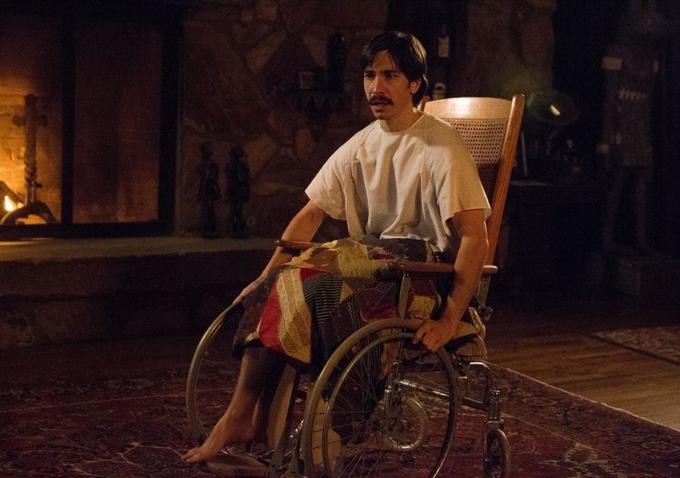 “I was terrified. Up until this weekend I was like, ‘I f—king love this movie and I don't care if anybody else does.’ But going into this weekend I got seized with the notion that people may f—king hate it, which I was always prepared for. If someone came up to me loving it or someone came up to me hating it, I was ready to handle it both ways. You can't argue with a movie like this. If someone says, ‘This is horrible,’ the only thing I could say is, ‘Well, f—k, at least it's in focus right?’ It's a matter of taste. So I thought it would play that way, but before we came I got seized with the terror of people hating it, and I tried to figure out what that was and I just figured it out the other night. Everyone is always going, ‘There are too many sequels and remakes, why won't they do anything original?’ I was so scared that I was going to bring something original and they would be like, ‘Not from you! From someone better than you!’ Thankfully they lived up to what they always said they wanted. I don't need anybody to say it's good or bad, I just want them to admit that it's what they asked for, that it's something new. To be able to do that, two decades into my career no less, felt good. Come on dude, I was at Midnight Madness! I've been at TIFF for four years but never for Midnight Madness. So to be able to come to them two decades in and say I have something relevant to be at Midnight Madness feels f—king hot. It puts a fire up your spine.” 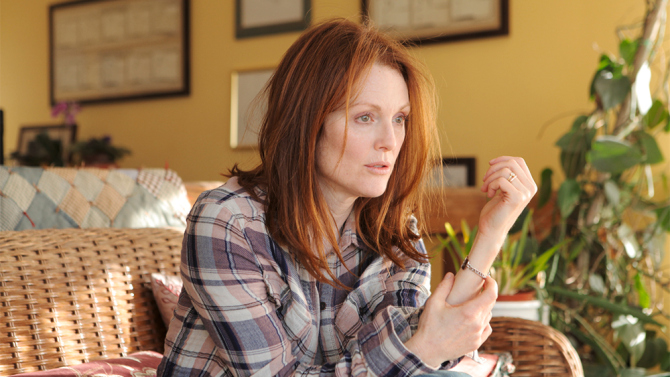 “When the movies deal with Alzheimer’s, they nearly always approach it from the vantage of the family members who are painfully forgotten as loved ones lose their memories. ‘Still Alice’ shows the process from the victim’s p.o.v., and suddenly the disease isn’t just something sad that happens to other people, but a condition we can relate to firsthand. Julianne Moore guides us through the tragic arc of how it must feel to disappear before one’s own eyes, accomplishing one of her most powerful performances by underplaying the scenario — a low-key approach that should serve this dignified indie well in limited release. Based on the novel by neuroscientist Lisa Genova, ‘Still Alice’ gives new meaning to the phrase, ‘It happens to the best of us.’ Columbia professor Alice Howland is the sort of character who, even without Alzheimer’s to contend with, is accomplished and interesting enough to warrant her own movie. She has achieved much in her 50-odd years, both as a respected scholar and mother of three grown children, played by Kristen Stewart, Kate Bosworth and Hunter Parrish. For the otherwise healthy Alice, there’s no good reason why Alzheimer’s should strike now, nearly 15 years before it traditionally occurs, although, as her doctor points out, the condition can actually be harder to diagnose in intelligent people, since they’re capable of devising elaborate work-arounds that mask the problem. Genova’s book hit especially close to home for husband-and-husband helmers Richard Glatzer and Wash Westmoreland (‘Quinceanera’), since Glatzer suffers from ALS — another degenerative condition that systematically attacks one’s sense of self.” 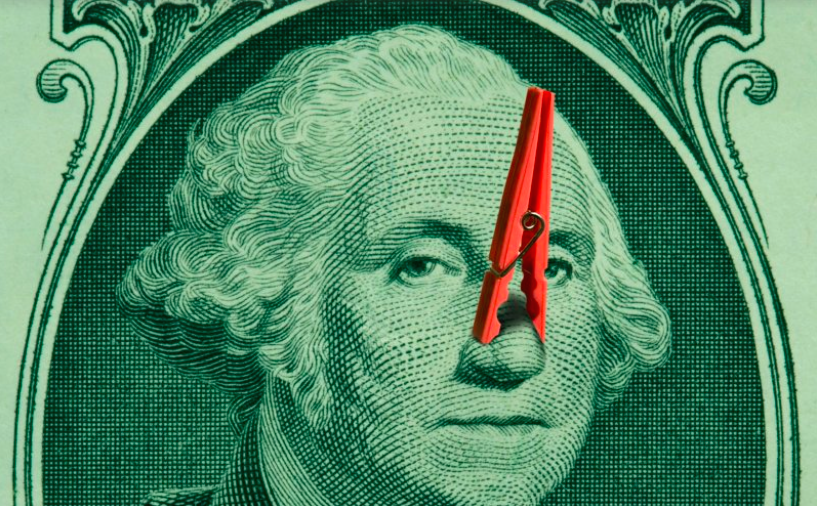 "The New War on Big Money in Politics": Eleanor Clift of The Daily Beast reports on the latest amendment limiting the influence of big donors.

“Savor the moment when 79 senators voted Monday evening to allow debate on a constitutional amendment to restrict campaign contributions. It won’t happen again, at least not any time soon. Republicans supported the procedural vote to let the ‘Democracy for All’ amendment proceed to floor debate. But they did this only in order to avoid talking about the minimum wage, or pay equity, or student loans—other Democratic priorities more popular among voters than a discussion about the First Amendment and whether money equals speech. Republican leader Mitch McConnell is fond of saying no one’s ever lost a race on this issue, and he should know. He once supported a constitutional amendment similar to the one before the Senate this week. Then he favored no limits on spending but full transparency and disclosure of contributions. Now he sings the praises of unregulated, undisclosed so-called dark money, applauding the Supreme Court for liberating the wealthy and confessing at a June conference of deep-pocketed GOP donors that he doesn’t know where he’d be without them.” 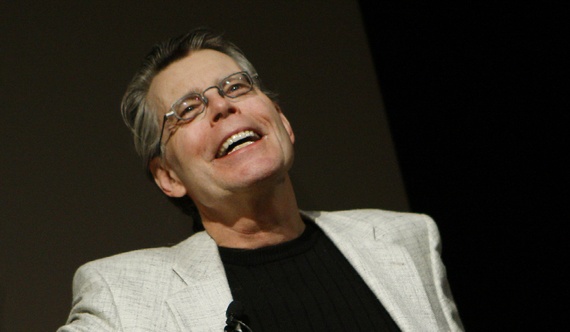 "How Stephen King Teaches Writing": The iconic author chats with Jessica Lahey of The Atlantic.

“Lahey: ‘You extol the benefits of writing first drafts with the door closed, but students are often so focused on giving teachers what they want and afraid of making mistakes that they become paralyzed. How can teachers encourage kids to close the door and write without fear?’ King: ‘In a class situation, this is very, very hard. That fearlessness always comes when a kid is writing for himself, and almost never when doing directed writing for the grade (unless you get one of those rare fearless kids who’s totally confident). The best thing—maybe the only thing—is to tell the student that telling the truth is the most important thing, much more important than the grammar. I would say, ‘The truth is always eloquent.’ To which they would respond, ‘Mr. King, what does eloquent mean?’’” 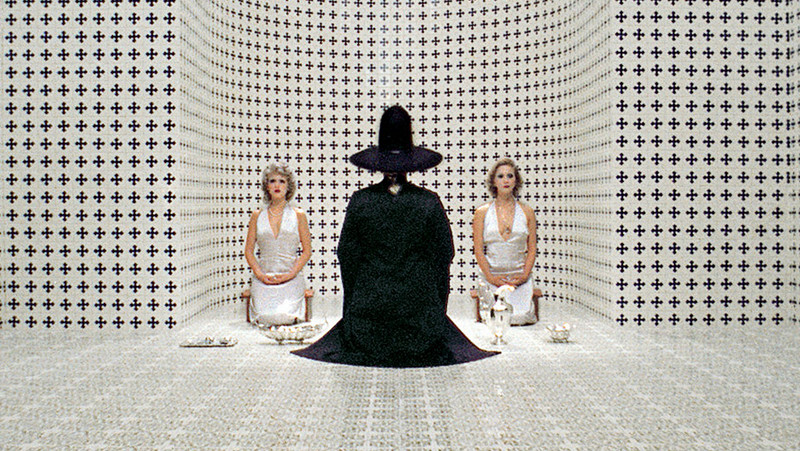 At Taste of Cinema, Neil Evans presents an excellent retrospective on "The Surreal Cinema of Alejandro Jodorowsky," highlighting such films as 1973's "The Holy Mountain."

In his interview with The Hollywood Reporter at the Toronto Film Festival, filmmaker Michael Moore, one of Hollywood's most outspoken liberals, calls President Obama "a big disappointment."