"Why we're killing our comments section": An explanation from Austin Powell and Nicholas White of The Daily Dot.

“This afternoon we put the Daily Dot’s commenting system on indefinite hiatus. Chances are you didn’t notice—and that’s part of the point. The Daily Dot was founded as a hometown newspaper for the Internet—a paper of record for the Web—chronicling the people, news, and events shaping life online. The concepts of community and authenticity are at the core of everything we do: We don’t just report on Reddit, and Tumblr; we’re active participants, putting in as much as we’re reporting out. That’s what’s distinguished us from every other new media site. But that sense of community has largely stayed in those communities. Focused as we are on communities across the Internet, we employed a best-in-class, third-party system for our on-site comments that’s used by many of the biggest and most prestigious publishers in the world. As we’ve said, however, we are not like other publishers. The system has been difficult to manage in concert with the distributed way we engage with our community and has created unintended barriers to entry that were simply too high for our hyper-social audience. In fact, we think our unique position in online communities has put us at the edge of a trend that many publishers are experiencing, and we suspect that many publishers will soon find that their existing commenting systems do not serve their readers as the conversation continues to move off websites to social media, where most of our content is discovered and consumed.” 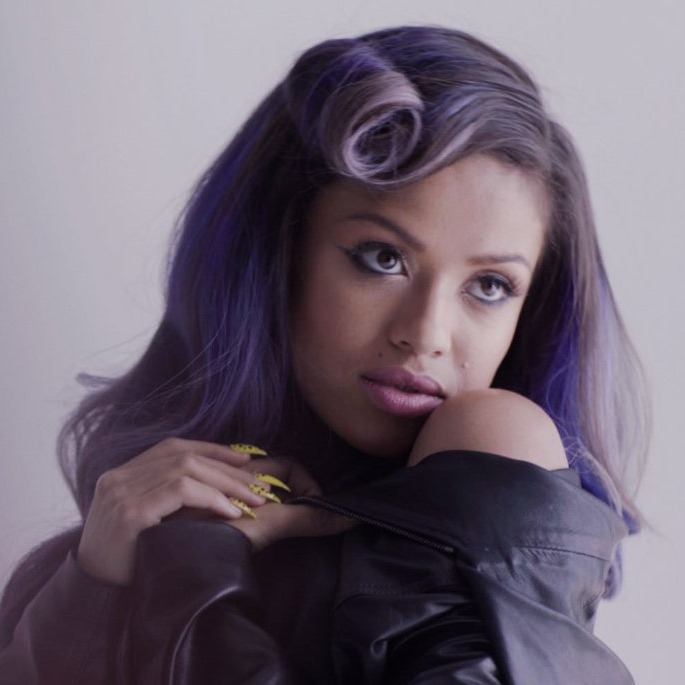 "Why Doesn't Netflix Recommend 'Notting Hill' After You Watch 'Beyond the Lights'?": An infuriating piece by Vulture's Dee Lockett.

“‘Beyond the Lights’ capped off 2014 as one of the year's most critically acclaimed films you probably didn't hear about. It didn't come up in many Oscar-race discussions outside of Best Original Song (for which it was nominated), and never made much noise offline. It sounds like a remarkable oversight given that its director, Gina Prince-Bythewood, is responsible for ‘Love & Basketball,’ which is regarded as one of the best love stories about black love of its time. That racial qualifier, though, is what Prince-Bythewood now says has allowed the movie industry to keep art made by black artists in a corner. In a series of tweets, the director has specifically called out Netflix for the long-criticized algorithm used for its ‘More Like This’ tab. Instead of recommending what to watch next based on what should be racially ambiguous devices like story and genre, Prince-Bythewood argues that if you watch something starring black people, then that's all Netflix thinks you'll ever want to watch.” 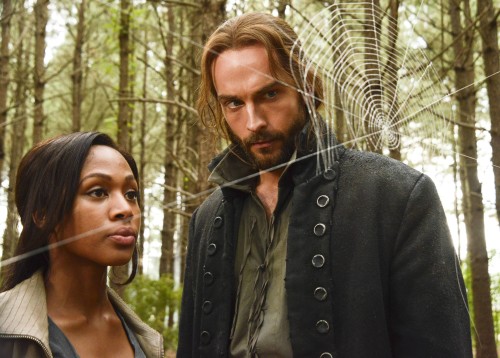 "The Veil of Diversity in 'Sleepy Hollow'": An excellent guest post from Giselle Defares at Bitch Flicks.

“It’s mindboggling that the Juilliard-trained Beharie, who proudly advocated for her character in an interview with Essence – and didn’t expect to portray a tough, cop character with her 5′ 1″ stature and African American background – was pushed aside in favor of ‘The Crane family drama.’ Katrina Crane’s story arc was deplorable. She was touted as a powerful witch from the start. Instead she was only used as a plot device in the first season. They tried to flesh her character out in season 2 and failed. Ichabod Crane became a moping know-it-all (more than usual) who ignored Abbie’s advice to keep focused on their common goal. ‘Fringe’’s John Noble was wasted as Ichabod and Katrina’s son who turned out to be The Horseman of War and got his mother pregnant with an evil, demon baby – don’t ask. Not to mention that the Headless Horseman became a woobified character, ‘grew’ a head, and turned out to be Katrina’s ex instead of a menacing villain. The Powers That Be (TPTB) molded Katrina into a damsel in distress that ate up the screen time that should have further explored the relationship between Abbie and Jenny, Abbie and Ichabod, basically everything surrounding Abbie Mills.” 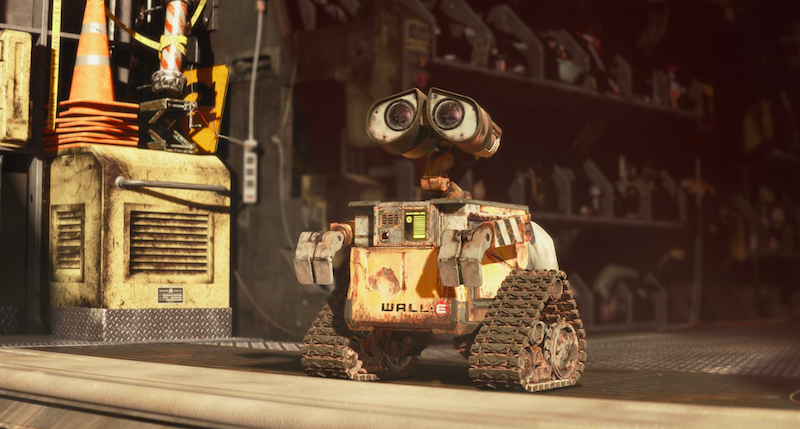 "A Warning For Our Next Great Screenwriters": An excerpt from Billy Ray's 2012 keynote speech from the Academy Nicholl Fellowship awards, published at Medium.

“Suppose we were going to shoot a scene in a typical room. We can now, if we want to, add elements to that scene to make it more visually arresting. We could light the ceiling on fire by using CGI. We could enhance the experience by projecting it in 3-D. Does any of this have anything to do with story, or character? No. But, it would look great in the trailer. That kind of thinking, the idea that dazzling visuals are enough, has led to a certain kind of movie-making laziness that has not been good for anybody. Worse, it’s made it tougher and tougher to dazzle the audience because they know out there now that we’re making movies with software instead of cameras. We’re storytellers, which means we have to do better. Sometimes I think we have to rescue the business from the very people who own it. The good news is, we can. Inside every one of you is the flame that has always lit the way in this industry, which is originality—that one spark of an idea, that one archetypal character, story, truth, or world that no one’s ever captured before. Do you remember the movie WALL-E, the brilliant Pixar film? He’s in a dangerous world and he’s one of thousands who are supposed to clean it up. But, there’s something special about WALL-E. He finds this little tiny sprig which might one day become a plant. He guards it, and saves it, and preserves it on the chance that it might some day turn into something beautiful. Well, Hollywood is that dangerous world and you are WALL-E.”

“I asked her why she felt she felt so compelled to have an inciting incident on page 17. She told me a story I hear a lot. When people read her scripts they always compliment her characters and dialogue. This is what she’s good at, what she’s always been good at. But the structure isn’t there. People tell her she needs to learn how to funnel all her good writing into a properly structured script. So she took the seminars. She read the books. She took classes. And they all said the same thing. In order to succeed, a writer needs to write screenplays in the classic three-act structure. Which is as follows: Start by introducing the characters, world and tone, followed by the inciting incident—also known as the catalyst or call to action the protagonist must answer. This is the event which turns the protagonist’s world upside-down and introduces the crisis they will spend the rest of the movie trying to solve. It is what launches the main story. In the ‘Wizard of Oz,’ it’s the tornado. This is what propels Dorothy to Oz, turning her life upside-down, thus launching the main story of her quest to find a way home. The seminars and books tell you that not only do you need a strong inciting incident, it needs to be properly located. When I was in film school, we were told it should come between page 15 and 20 (The ‘Wizard of Oz’ tornado blows in on page 19). Nowadays, probably due to shorter attention spans, writers are told it needs to come between pages 10 and 17. Lisa had been told page 17.” 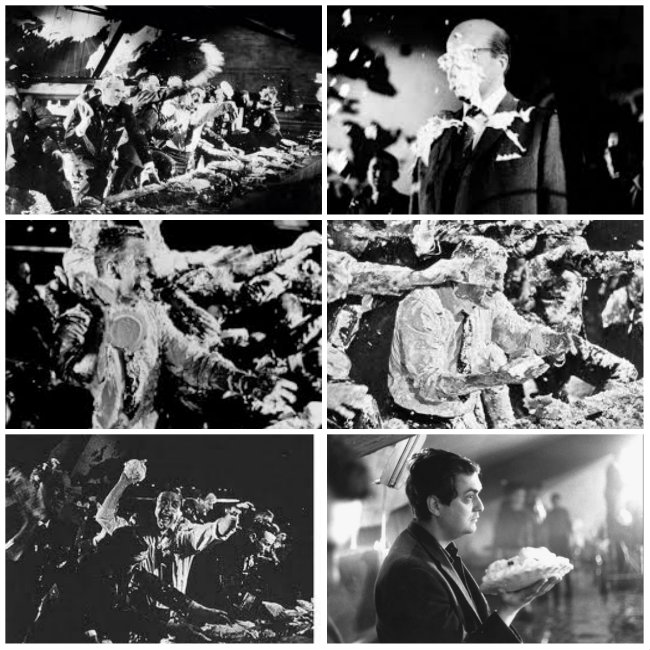 From the archives: A must-read essay published a year ago yesterday at Hollywood And All That, "Einstein's Monsters: Martin Amis, The Bomb, and Thinking the Unthinkable."

Indiewire's Max Winter presents a great video essay by Stefano Westerling that illustrates "how Stanley Kubrick forces us to look at ourselves."