"Will Comcast's New Plans for Fighting Copyright Change the Ways We Watch Content Online?"Bryce J. Renninger muses on the implications of Variety's story about Comcast's plans to fight piracy, which includes alerting downloaders to get the content they want from legal sources. Will it work? 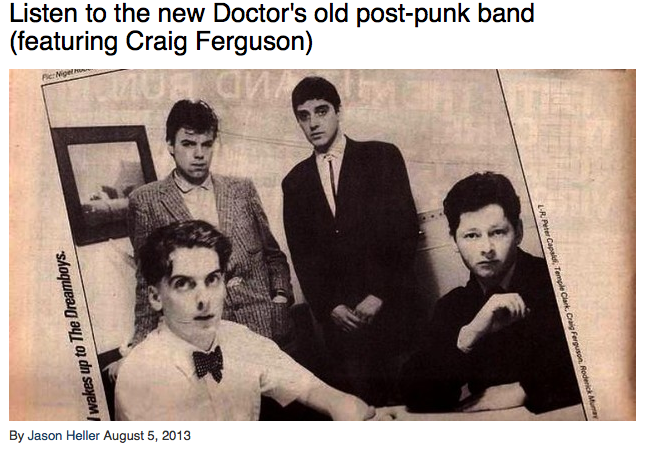 In case you hadn't heard, yesterday the BBC announced the name of the actor who will play the twelfth regeneration of Doctor Who, who has been traveling in space and time for nearly fifty years. It's
Advertisement
Peter Capaldi, a Scotsman most famous for playing the inventively foul-mouthed Malcolm Tucker on "The Thick of It." But AV Club's Jason Heller found a terrific little bit of video of Capaldi during his brief stint with Dreamboys, in which late-night talk show host Craig Ferguson also played. How can you not love that?

"Like the Movie, Only Different: Hollywood's Big Bet on Broadway Adaptations." By Patrick Healy of The New York Times.

"Now Universal is turning “Animal House” into a musical, and “Back to the Future” and“The Sting” may be next. Twentieth Century Fox is eyeing “Mrs. Doubtfire,” “The Devil Wears Prada” and “Waitress.” Sony is developing “Tootsie.” Warner Brothers has “Charlie and the Chocolate Factory” in London and is talking to producers about a possible musical version of the Channing Tatum flick “Magic Mike.” And once again this season on Broadway is dominated by screen-to-stage adaptations like “Rocky,” “The Bridges of Madison County,” “Bullets Over Broadway” and “Big Fish,” all of which have varying degrees of studio involvement. The musical “Aladdin” is coming this winter, adapted in-house by Disney, which has the biggest screen-to-stage hit of all : “The Lion King,” with its worldwide gross of $5.4 billion."

"What's the Right Way to Watch Breaking Bad?" Donna Bowman of AV Club has a theory. 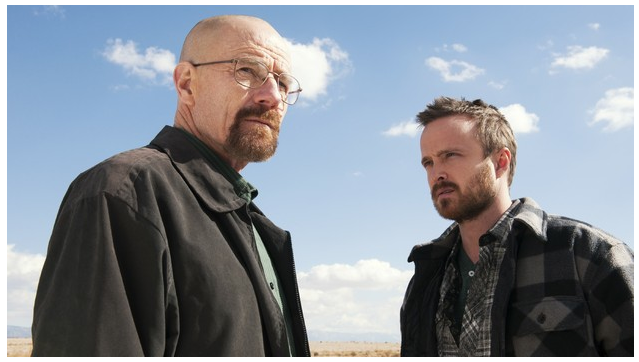 "Week to week, some fans rush to compile clues, conspiracies, and crazy-ass theories about what’s going to happen next, while others turn their backs on speculation and instead meditate on the people who populate these cul-de-sacs and RVs and chicken joints. One group ponders: How did Walter give Brock the poison? The other: Has Walter finally lost his soul? It’s a divide that the serialized drama, as a television genre, creates fairly regularly. One way to categorize it is along the continuum with plot-driven at one end and character-driven on the other. Plot-driven shows are like rat mazes. Creators set up characters within a situation where they have a clearly defined goal and negotiate unambiguous obstacles to reach it. The pleasure of watching a plot-driven drama is to feel the tension and danger of the situation (watch out, they’re after you!) and appreciate the clever or heroic ways that escape is effected (science, bitch!)."

"This volume features vintage footage taken from original TV broadcasts...It features the most memorable moments throughout the decades, a TV special of Johnny’s return home to Nebraska, the final two bittersweet Tonight Show episodes, the funniest stand-up comedian routines, laugh-out-loud animal visits and highlights from sixteen classic episodes of The Tonight Show, each with their own sidesplitting monologues and legendary guests! Episode 6 (The Final Show) and Episodes 9-24 have been edited from their original broadcast length when they were originally distributed on DVD." 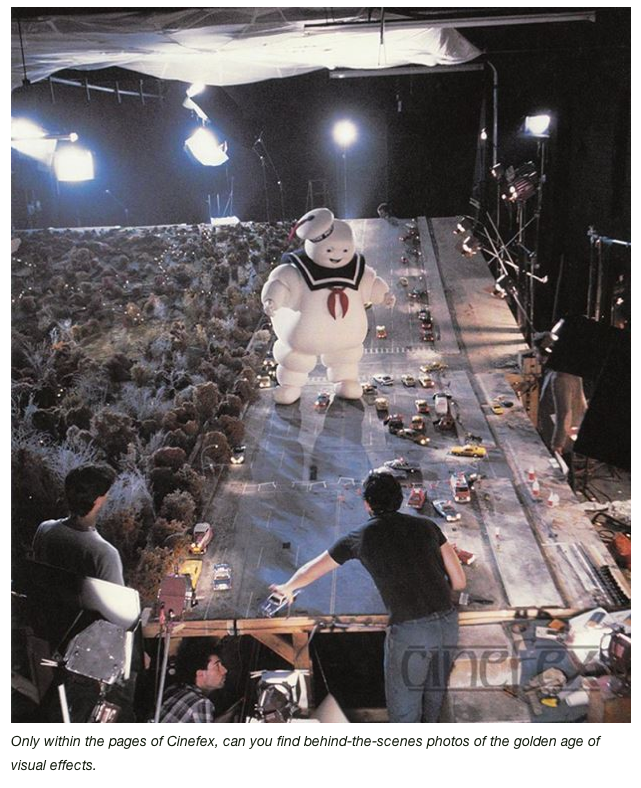 The effects crew of "Ghostbusters" sets up a Stay-Puft Marshmallow Man shot. One of many amazing images from a Kickstarter campaign to make the entire run of Cinefex, the magazine of special effects, available for the iPad.