"'The Simpsons' and 'My So-Called Life' Are the Right Kind of 90s Nostalgia": Vanity Fair's Richard Lawson takes a look at two beloved programs that had their golden era two decades ago.

“‘The Simpsons’ and ‘My So-Called Life’ seemingly overlap very little on any sort of television Venn diagram. And yet, watching both this weekend, it was clear that they share some central spirit. Of course, both shows are about family, the reliable chaos of closely tethered people rattling around under one roof. Both series, in their own particular ways, are keen to the forever shifting resentments, allegiances, and power dynamics of familial life. And when confronting the outside world, the series are admirably, stunningly even, attentive to detail and texture, that certain essential spark of life. ‘The Simpsons,’ in its heyday, was a cartoon populated by very few cartoons, while MSCL was the rare show about teenagers to not pit kids against a monolithic idea of adults, or vice versa. (Compare Patty’s interactions with Rayanne’s mom, Amber, played by the wonderful Patti D’Arbanville, to those with her best friend, Mary Kay Place’s Camille—the adults have real, varied relationships, too!) Smart and empathic and clever in an age when a lot of television wasn’t, these two shows were both, in their wildly different styles, beautiful and thorough depictions of American life.”

“I got a call in the middle of a movie shoot and it was from William Friedkin. I thought somebody was pulling a prank on me. But it was him and he told me that Stallone wanted to star in a movie with me where I would be the straight and cool partner while Stallone would be the unpredictable wildcard. I couldn’t believe it. But he told me to fly in to L.A. to discuss the part. When I met with William, he told me it was going to happen. Joel Silver was supposed to produce it. Everything was set. But the next time I met with him, he had a copy of the script in his hand and slammed it on the table. He shouted, ‘It’s terrible! I’m not going to do it!’ I asked him, ‘Whoa. Are you saying there is a chance that this might not go?’ He told me, ‘Cynthia, if you get another offer, take it.’ And that was the end of it. I mean I still got paid for it, but I would have liked to have something to show for it.” 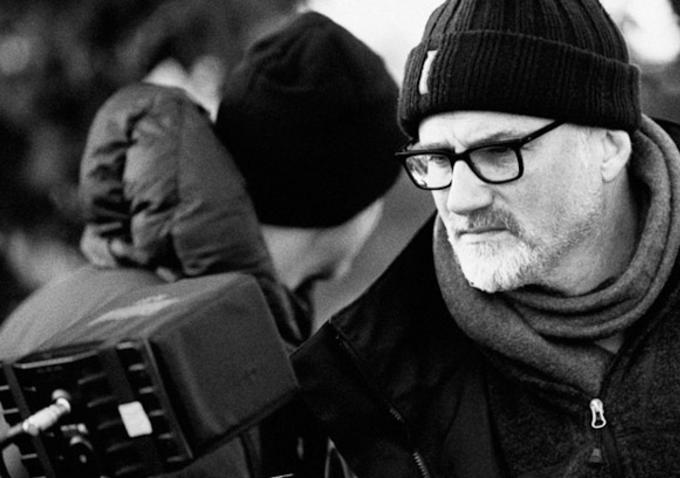 "Happy Birthday, David Fincher! Here Are Our Favorite Scenes": The IndieWire staff picks their favorite Fincher moments, such as the opening scene from "The Social Network."

“David Fincher doesn’t strike one false note in the opening scene of ‘The Social Network.’  The 9 page two-hander scripted by Aaron Sorkin, who deservedly won an Oscar for his screenplay, sets the stage for what’s to follow. It opens on a tense conversation between future Facebook founder Mark Zuckerberg (Oscar-nominee Jesse Eisenberg) and his girlfriend (played by Fincher’s future ‘Girl With the Dragon Tattoo’ star Rooney Mara) that escalates at a rapid-fire pace as Zuckerberg begins to reveal his true colors, causing her to break up with him on the spot -- much to his surprise. For Fincher, the scene is subdued. There’s no fancy camerawork, no striking imagery. The opening is all about showcasing Sorkin’s dialogue, to get you accustomed to it. It’s well known Fincher likes to shoot countless takes to get a scene just right, and in this opener his mad method works wonders. Eisenberg and Mara make the challenging dialogue wholly their own, often speaking over one another, with Fincher’s taut cutting only adding to the dizzying back and forth. The scene leaves you exhausted, yet excited for what’s to come.” 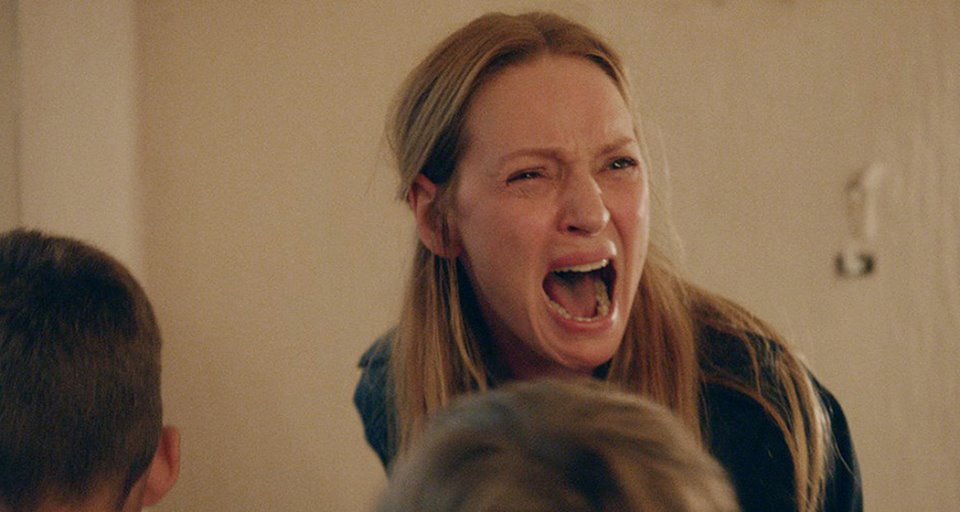 "Ten Underrated Performances in 2014": At Indie Outlook, I highlight ten great performances from this year that warrant serious consideration amidst all the overblown awards season hype, such as Uma Thurman in "Nymphomaniac."

“Who she plays: Mrs. H, a mother so overwhelmed with fury when her husband leaves her for a younger woman that she drags her kids to the temptress’s apartment and asks if she can inspect the ‘whoring bed.’ Why she’s underrated: Talk about a scene-stealer. Thurman only makes a single appearance in Von Trier’s six-hour epic, released in two heavily cut volumes in the U.S., and it just might be the best scene of her entire career. Lacerating in both its vicious sarcasm and naked anguish, Thurman brings the film to a halt, embodying the outrage of a woman whose entire life has been heartlessly upheaved. Rather than sulk into oblivion, she bulldozes her way into the hornet’s nest, albeit with astonishing irrationality, moving her children around like performance art props in order to smother her ex in shame laced with arsenic. Equal parts uproarious and agonizing, this scene left my jaw on the floor. She gets my vote.” 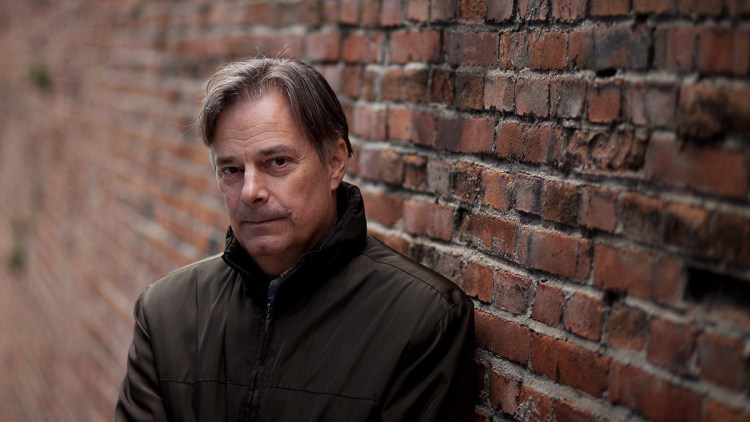 "Q&A: Whit Stillman on His New Amazon Pilot, 'The Cosmopolitans,' His First Agenda-Free Creation": A terrific interview conducted by Grantland's Louisa Thomas. Here's his response to Thomas' observation, "It seems like you have an interest not just in expatriate culture but the insider-outsider."

“Yes, I like group social life a lot. I think I felt strangely deprived of it. I remember graduating from college and thinking, ‘There are no social groupings, no social texture in America.’ I’d read ‘War and Peace’ and Tolstoy and Fitzgerald, and they were always describing these societies where people were connected. And it seemed entirely atomized and unfriendly, and there seemed to be no places to go and be friendly with other people. Which was sort of true. 1973, ’74 seemed to me the absolute nadir of Western civilization. There were just no places in New York to go to that I knew of, and in the ’60s, when were were preppies just beginning to go out, when we were 16, we could go to these tiny little discotheques. So you could go at, like, nine o’clock and cut a rug on these tiny dance floors, and it was really fun. The last one I think I remember was in 1970, there was a place called Hippopotamus. After that, there were like drugs and juice bars. I remember there was this song, ‘The Hustle,’ and I remember being in an inside bar, and [I] was like It’s coming back — and that was the dawn of how I understood disco. And I was very pro-disco. Because it was society coming back, people coming together, going out together.” 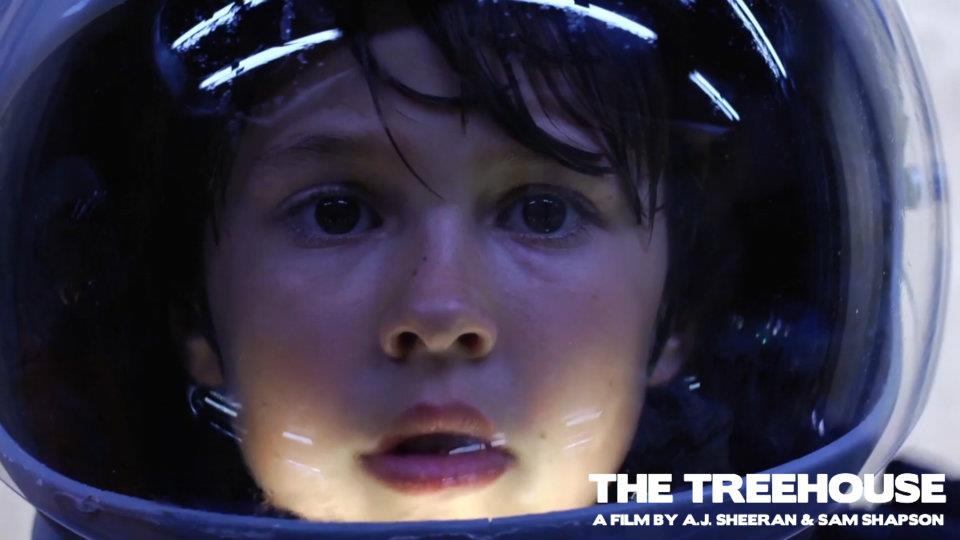 The first trailer for "Rosewater," written for the screen and directed by "Daily Show" host Jon Stewart, has been released, and it looks mightily enticing.