"Edward Snowden and the Politics of Privacy." By Adam Liepzig, for Cultural Weekly. The author decries the National Security Agency's "data dragnet" and argues that "right to personal secrecy—you can also call it privacy—is fundamental to our ability to innovate." 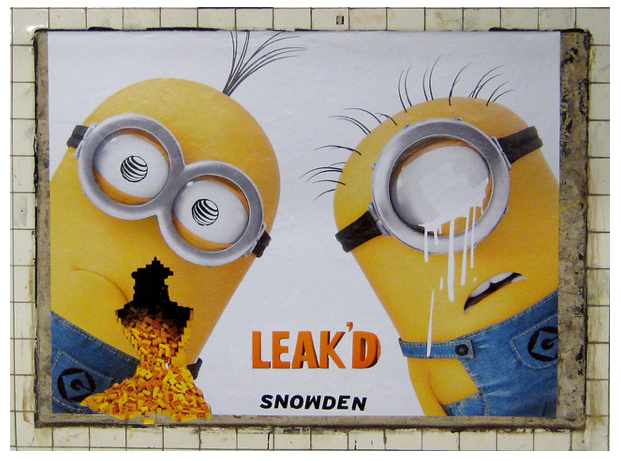 "Many Americans seem complacent about the NSA's over-reach. They say: 'So what? The NSA has been gathering all of our data for the past decade, and nothing bad has happened.' This argument relies on the conviction that our government is benevolent and will always be that way. I'm not prepared to make that assumption. In America's living memory, we have the blacklists of the 1950s. In the 1960s and 1970s, the FBI's COINTELPRO program launched operations against so-called "radicals" and falsified evidence against them. At times, this evidence wasn't designed to bring a criminal conviction. It was designed simply to be made public, to smear the reputation of the target."
Advertisement

"What is Decadism? An explanation and a Top 10 List." At Press Play, Lucy Ives writes about "an American invention"..."a dependence on the decade—as a time-keeping unit and also as a way of thinking about changing cultural mores and aesthetics." Then she lists ten films that practice their own version of Decadism. 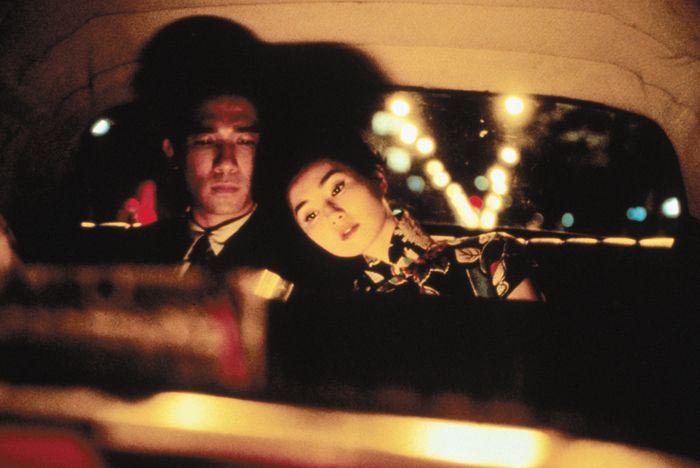 "Decadism is now not merely a sign of nostalgia for the decade in question. It's a sign of nostalgia for decade-based fashion and thinking in general, for a system for organizing tastes based on the notion of the decade. In this sense, though the word 'decade' (from the Greek for 'ten') is etymologically unrelated to the term 'decadence' (associated with 'decay'), decadism is rapidly replacing decadence as a kind of gently reactionary aesthetic and experiential mode. We live in a time of archive fever, of historical tourism (from Wikipedia to Drunk History Month), of 'favoriting' and all the other preferential tools the Internet holds. Decadism allows us a return to a less particulate, niche, complex, and incessantly updated way of establishing taste. Decadism is a respite—not just from the present but from the future." 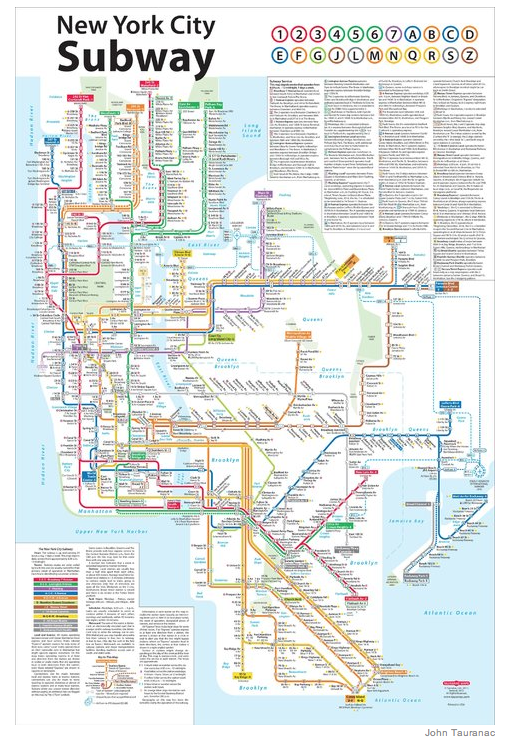 "A Redesign of the Subway Map, by One of Its Designers." James Barron of The New York Times talks to John Tauranac, one of the designers of the current subway map, first released in 1979, about how it could be improved. Fascinating stuff if you've ever visited New York. Unfortunately the graphic accompanying this story is a bit too small to really see details, but hopefully by the time you read this the paper will have made a larger graphic available.

"Mr. Tauranac said he was still trying to redress 'problems' that are now 40 years old, dating to the official map that preceded the 1979 map. That earlier map, the one that many found to be aesthetically pleasing, was somewhat lacking in precision. 'There was no attempt to show geographic perspective on that map," Mr. Tauranac said. "Broadway at 50th Street was shown west of Eighth Avenue.…Bowling Green was north of Rector Street," he added. "If you get out of the subway thinking Bowling Green is north of Rector Street, how are you going to find Rector Street?"

"Some newly surfaced films confirm late documentarian Les Blank as a restless, one-of-a-kind talent." Over at The Dissolve, Sam Adams looks at some lesser-known later works by the man who so memorably chronicled Werner Herzog shooting "Fitzcarraldo" in the documentary "Burden of Dreams." What Adams discovers is a filmmaker of eccentric charms who was fascinated with people's odd obsessions, whether that was Herzog making a film about dragging a ship over a mountain, or people who love garlic.

"In Les Blank’s movies, everyone is a philosopher, and everyone’s an expert, at least on the subject of themselves. He loved the mass jubilation of public celebration and the rich, earthy tones of 16mm stock. And to judge by the way the image recurs in several of his films, he especially loved to zoom in close on a hot, bubbling skillet, so close that it seems as if his camera might get deep-fried along with the chicken." 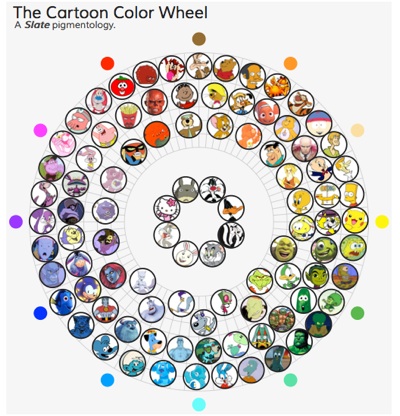 "Red Skull is Red, Smurfette is Blue." Over at Slate.com, the amazing team of Natalie Matthews-Ramo, Brahna Siegelberg, Jeremy Singer-Vine, Isabel Slepoy, and Forrest Wickman has put together an entire color wheel using animated characters for the colors of the rainbow. We want to party with these people.

"We at Slateare lovers of all colors of cartoon peoples, from the yellow figures of The Simpsons to the frequently blue and green heroes of the Marvel Comics Universe, and so we wanted to champion the full diversity of the animated world. In the interactive graphic below you'll find the complete rainbow of cartoon characters, from Pink Panthers to Grape Apes to red, well, whatever Zoidberg is. You'll notice a few fleshy humanoids, too." 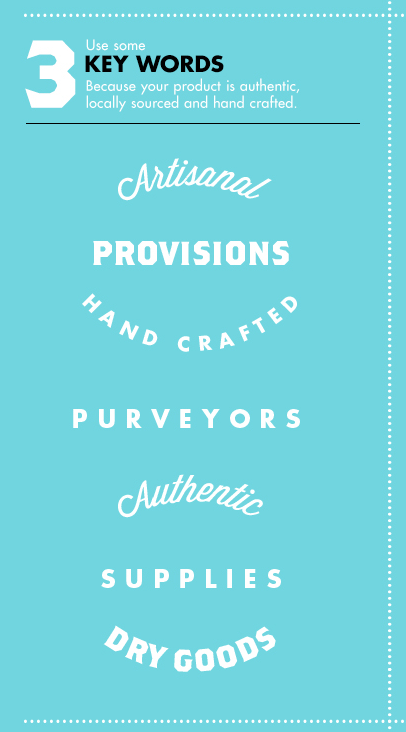 "A Handy Guide to How to Create a Hipster Logo" Anthea Quay provides some droll, dead-on advice about logos at Designtaxi.com.