“When I first heard pioneering Los Angeles rap crew Niggaz Wit Attitudes (N.W.A) in the late 1980s, they were the last brothers I ever thought I’d be watching a film about damn near thirty years later. With the release of their marauding masterpiece Straight Outta Compton (1988), which inspired the title of the film biopic that hits theaters this Friday, the four-man crew crashed on the scene rapping about crack, guns and b—ches, and went from unknown to infamous virtually overnight. On the thuggish track ‘Gangsta Gangsta,’ Ice Cube bellows over the hypnotic Dr. Dre blessed beat, ‘Takin’ a life or two that’s what the hell I do, you don’t like how I’m livin’, well f—k you.’ All up in your face, one could damn near feel Cube’s spittle. ‘Do I look like a muthaf—kin’ role model? To a kid lookin’ up to me, life ain’t nothin’ but b—ches and money.’ The song’s title was later adopted to coin the ‘gangsta rap’ genre. While some gangsta rappers scripted cautionary songs about the literal dead-end (jail, death) of the bang bang lifestyle, most wrote rhymes that celebrated their world of bullets, blow, b—ches and body bags. Gangsta rap was seductive in its abusiveness, as addictive as the drugs it was spawned from. As societal conditions worsened during the crack years, some gangsta rappers perceived themselves as grassroots voices of the people living in deteriorating communities. Late rapper-businessman Eazy-E, who signed Black Eyed Peas before he died in 1995, co-owned N.W.A’s label Ruthless Records with his manager Jerry Heller. They recruited producer Dr. Dre, DJ Yella, MC Ren and Ice Cube, the best rapper in their crew. Dre’s gritty production on Eazy’s solo debut album Eazy-Duz-It and the group effort Straight Outta Compton didn’t qualify as full-blown g-funk yet, but one could see where he was headed. With more than a chip on their collective shoulders, N.W.A put California rap on the map and blasted (verbally, of course) anyone who got in their way. Through all the gun smoke and nightmare-inducing imagery, they constructed Straight Outta Compton as a criminal-minded album that was as harsh as tear gas sprayed in a morning police raid.” 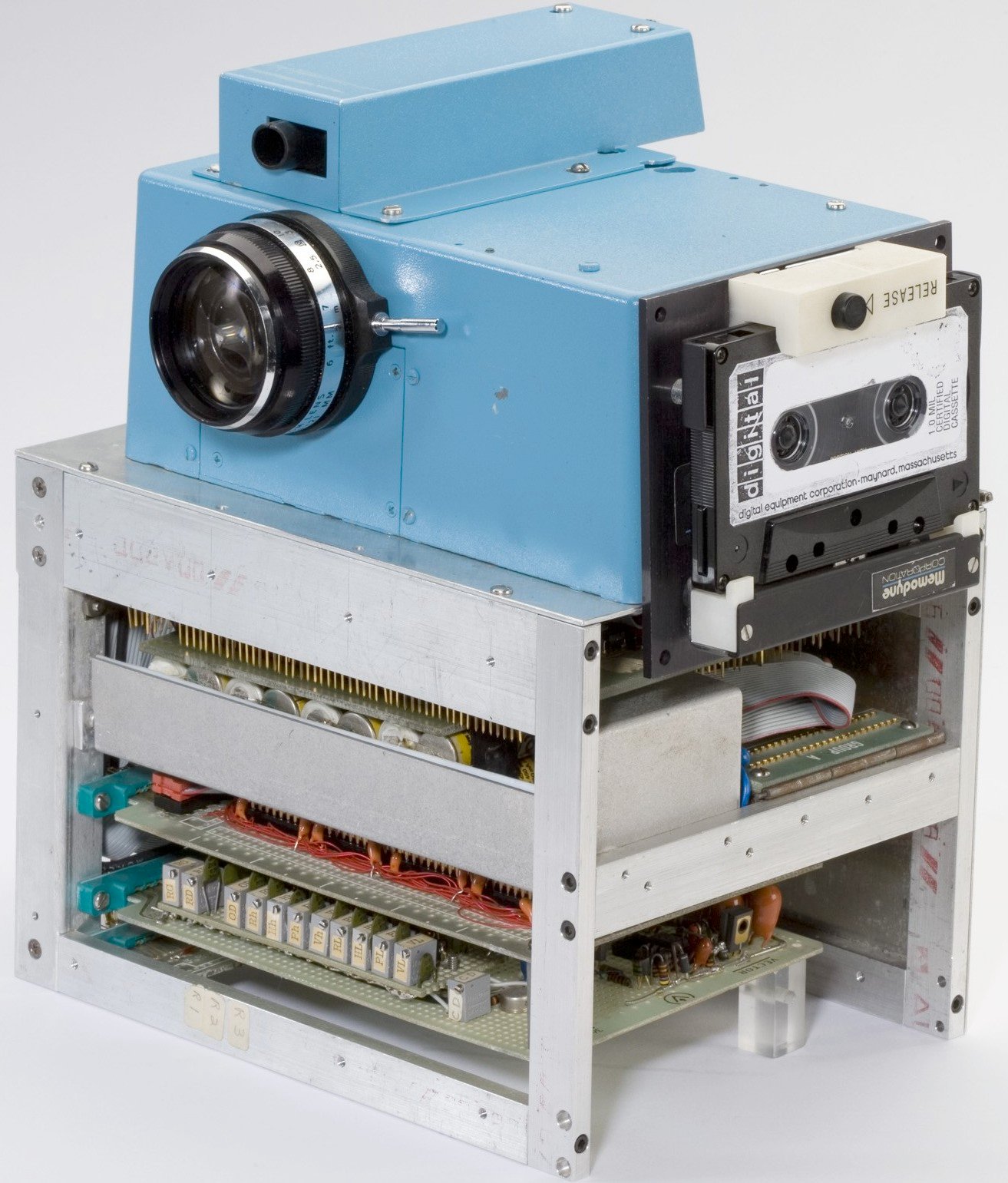 “Mr. Sasson, all of 24 years old, invented the process that allows us to make photos with our phones, send images around the world in seconds and share them with millions of people. The same process completely disrupted the industry that was dominated by his Rochester employer and set off a decade of complaints by professional photographers fretting over the ruination of their profession. It started out innocently enough. Soon after arriving at Kodak, Mr. Sasson was given a seemingly unimportant task — to see whether there was any practical use for a charged coupled device (C.C.D.), which had been invented a few years earlier. ‘Hardly anybody knew I was working on this, because it wasn’t that big of a project,’ Mr. Sasson said ‘It wasn’t secret. It was just a project to keep me from getting into trouble doing something else, I guess.’ He quickly ordered a couple of them and set out to evaluate the devices, which consisted of a sensor that took an incoming two dimensional light pattern and converted it into an electrical signal. Mr. Sasson wanted to capture an image with it, but the C.C.D. couldn’t hold it because the electrical pulses quickly dissipated. To store the image, he decided to use what was at that time a relatively new process — digitalization — turning the electronic pulses into numbers. But that solution led to another challenge — storing it on RAM memory, then getting it onto digital magnetic tape.” 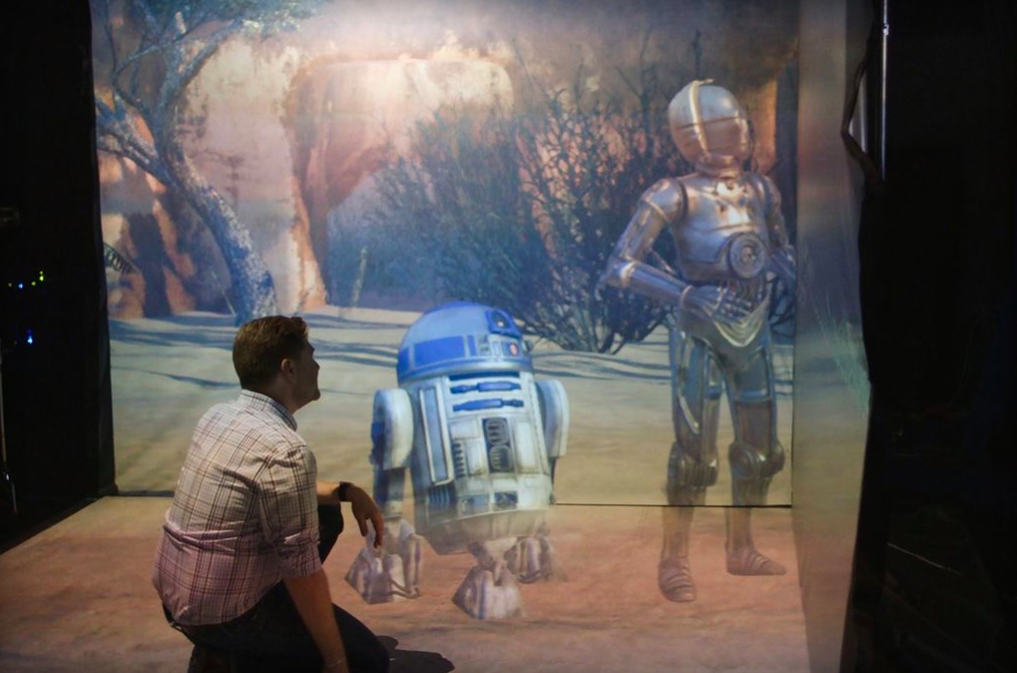 "Inside Industrial Light & Magic's secret Star Wars VR lab": The Verge's Bryan Bishop visits an advanced cinematic galaxy not all that far away.

“When Rob Bredow left Sony Pictures Imageworks for ILM in 2014, it didn’t take him long to realize what he’d gotten himself into. ‘It was like my first week here, and an assistant knocks on the door real urgently. ‘Yeah, did someone request a lightsaber from the showroom down the hall?’’ He grins, bright eyes sparkling behind his glasses. ‘I’m definitely working at Lucasfilm now.’ Bredow had spent the previous five years as Imageworks’ chief technology officer, a role that followed years of VFX experience on movies like ‘Independence Day’ and ‘The Polar Express.’ But as we walk through the halls of ILM, he tells me it was the chance to work on the new ‘Star Wars’ films that lured him away. Now, as Lucasfilm’s head of New Media and vp of its Advanced Development Group, he oversees the intersection of technology and storytelling that is ILMxLab. The group is a collaboration between all arms of the Lucasfilm empire, taking the visual effects expertise of ILM, the latest in real-time computer graphics from the Advanced Development Group, and the audio prowess of Skywalker Sound, and mixing it all together under the incomparable appeal of the ‘Star Wars’ franchise. It’s a unique effort; while other movie studios are teaming with tech companies to dabble in VR, and VR companies are spinning up their own mini production houses to dip their toes into film, ILM already has the necessary departments integrated under one roof — not to mention a highly-anticipated slate of films in production to play off of. It allows Bredow’s team to experiment with multiple types of experiences simultaneously, in a kind of next-generation entertainment sandbox.” 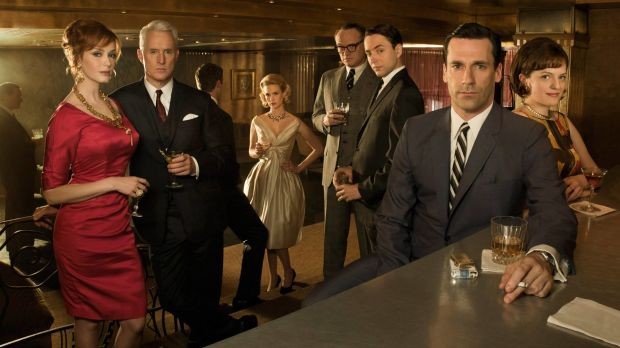 "TV is Not the New Film": Provocative commentary penned by Mike S. Ryan at Filmmaker Magazine.

“With television co-opting cultural conversation and provocative content, the feature film format is indeed under assault. But, like the novel — which was in free fall in the early ’50s due to the emergence of TV — the form will continue and, in time, a new appreciation of its unique qualities will emerge. If your intent as a creator is primarily to tell stories and engage a mass audience, then I think it has become clear that there are more, possibly better mediums for you than cinema. But if you call yourself a filmmaker or a film lover, then you should be someone invested in the specific qualities of the cinematic medium. In this current time of transition, as new mediums and new lifestyle habits are being formed, we as filmmakers and film lovers need to assert cinema’s position in the crowded visual entertainment landscape. Quite simply, we need to assert the unique qualities of the feature film format, qualities that make it distinctive from all other mediums. Like an old married couple looking to renew their vows, it may be time for us film lovers to restate the reason why we fell in love with the form to begin with. And if there is no distinction between film and television when it comes to subject matter and characters, then that means the distinction must be found in form, not content. Hopefully, listing these aspects that differentiate film from television will give you a reason to make a film — or to simply go out to your local theater, buy a ticket and enjoy the uninterrupted darkness.” 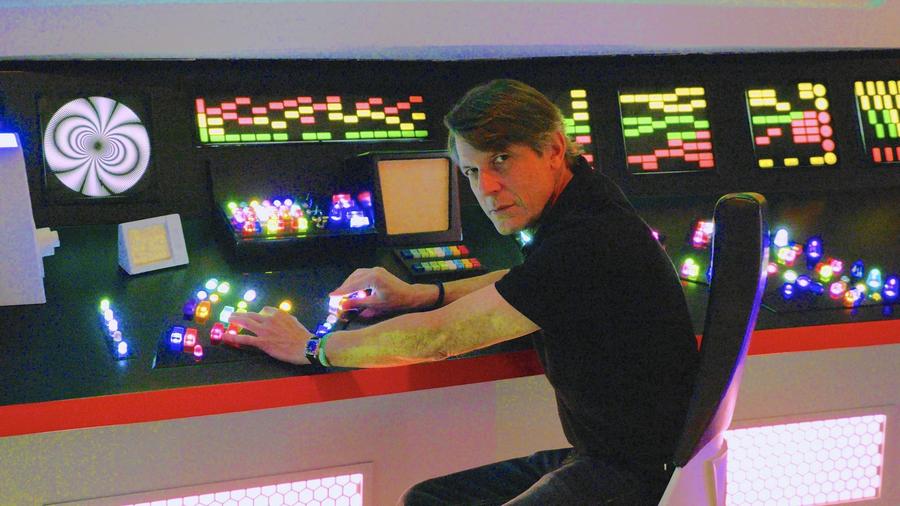 "A Nimoy back on the bridge: Cruising the con with Mr. Spock's son": Jordan Hoffman of The Los Angeles Times chats with Adam Nimoy.

“‘I was on set for pretty much the entire first season,’ he says. ‘I was a 10-year-old kid, right who they were aiming for!’ Nimoy is here shooting a documentary, funded partially through Kickstarter, called ‘For the Love of Spock.’ He's eyeing a release for next year, in time for the 50th anniversary of ‘Star Trek.’ He wants to make the definitive film about Spock, the importance of this ubiquitous icon and his impact. In addition to film and TV footage, Nimoy's documentary will access his family's own stash of Spockanalia, plus new interviews with William Shatner and George Takei. The film will be narrated by the current green-blooded torchbearer, Zachary Quinto. Nimoy suggests that much of the endurance of his father's character comes from people identifying with the feeling of an outsider trying to fit in. ‘My father nailed that role because it was him, the son of Orthodox Jewish immigrants hoping to assimilate and get a career in Hollywood,’ Nimoy says. Also: ‘He was a numbers guy.’ Sitting in the captain's chair, he begins prodding the illuminated buttons. Nothing happens. You really expect to hear a phaser burst when you jam down your thumb. ‘Yeah, it always was a tiny bit disappointing when they don't actually move the ship around,’ he says. ‘But I should really be over by the science station.’” 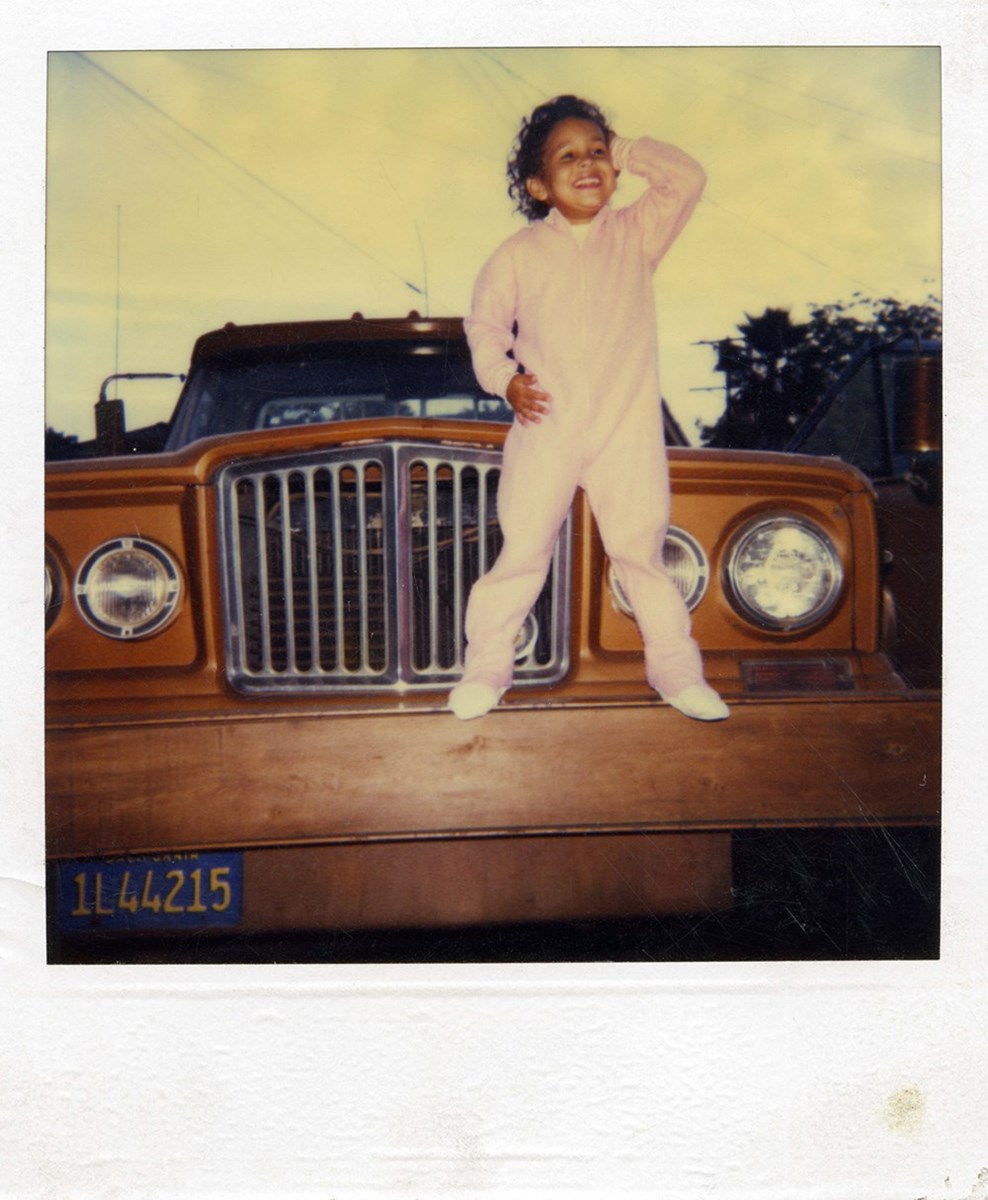