"There's Nothing Selfish About Suicide": Psychotherapist Katie Hurley writes a provocative blog for The Huffington Post, sharing her experiences as a survivor of suicide. Related: Press Play editor Max Winter writes a magnificent obit for Robin Williams entitled, "Humor Is Life." See also: The tributes to Williams made by RogerEbert.com Editor-In-Chief Matt Zoller Seitz and various other contributors.

“Until you've stared down that level of depression, until you've lost your soul to a sea of emptiness and darkness... you don't get to make those judgments. You might not understand it, and you are certainly entitled to your own feelings, but making those judgments and spreading that kind of negativity won't help the next person. In fact, it will only hurt others. As the world mourns the loss of Robin Williams, people everywhere are left feeling helpless and confused. How could someone who appeared so happy in actuality be so very depressed? The truth is that many, many people face the very same struggle each and every day. Some will commit suicide. Some will attempt. And some will hang on for dear life. Most won't be able to ask for the help that they need to overcome their mental illness. You can help.” 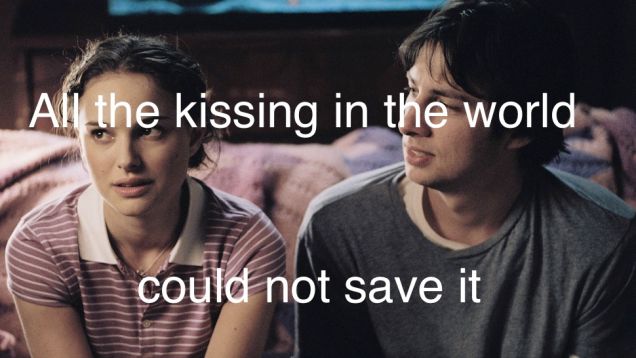 “Then his dad, Bilbo Baggins, is like, ‘Son. Come over here I need to withhold some emotions from you.’ And ZB is like, ‘Hey, dad, I'm having these headaches, am I dying?’ and Bilbo is like, ‘Who do I look like—Radagast the Brown!??!?!?!’ and ZB is like, ‘Kind of, tbh.’ He hops in his twee-mobile and heads to a party with Sarsgaard and this horrible Velcro magnate, and everyone is like, ‘You're some big movie star now!’ They do not know it, but really he is small. Just a small movie star in a white apartment full of medicine cabinets. Truly the greatest American tragedy. The Velcro magnate talks about how he got too rich selling his patent for ‘silent Velcro’ (HOW IS THAT A DESIRABLE PRODUCT, BTW), and now he's terribly, terribly, terribly bored and alone with only his mansion, his friends, his hot babes, and his anything-he-wants-in-the-universe, and I'm pretty sure we're supposed to knit our brows and nod and feel like we learned something profound about the world because IT'S SO HARD BEING A RICH WHITE MAN SWIMMING IN VELCRO MONEY. Except it's not.” 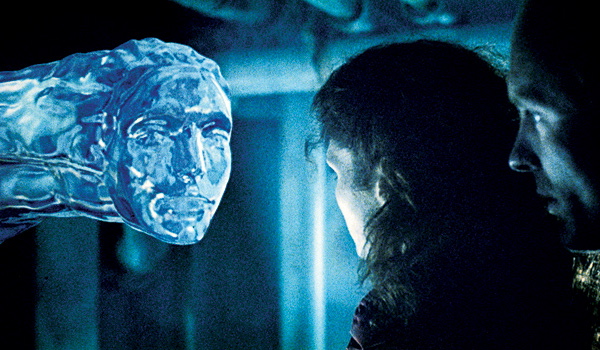 "Summer of '89: 'The Abyss'" Tim Peters of Slant Magazine takes a look back at James Cameron's sci-fi opus.

“In a plot twist befitting of the Reagan era's obsession with deregulation and government downsizing, the military subcontracts the rescue of the submarine to a group of rowdy, blue-collar, deep-sea oil drillers. The captain of the rig is ‘Bud’ Brigman, played by Ed Harris in a preview of his later roles in ‘Apollo 13’ and ‘The Truman Show’ as guy-who's-running-the-show. And the designer and engineer of this experimental oilrig is Dr. Lindsey Brigman (Mary Elizabeth Mastrantonio), or ‘queen bitch of the universe,’ as she's referred to by Chris Elliott's Bendix. She and Bud are married, but separated, and despite hating each other, just can't quite pull the trigger on the divorce. In the process of diffusing a nuclear warhead, staving off hypothermia, struggling with co-workers who are going crazy from ‘high-pressure nervous syndrome,’ as well as having a variety of encounters with benevolent underwater space aliens, the skin of which resembles a light-up Frisbee (translucent, with glowing nodules inside), Lindsey and Bud learn to love those wedding rings and fall for each all over again. Which makes you wonder if ‘The Abyss’ is best interpreted as the re-marriage comedy fever dream of an egomaniacal, tech-obsessed filmmaker who's working out the pain of a recent or incipient divorce. Kind of like an incoherent, naïve, sci-fi mash-up of ‘Fitzcarraldo’ and ‘Husbands and Wives.’” 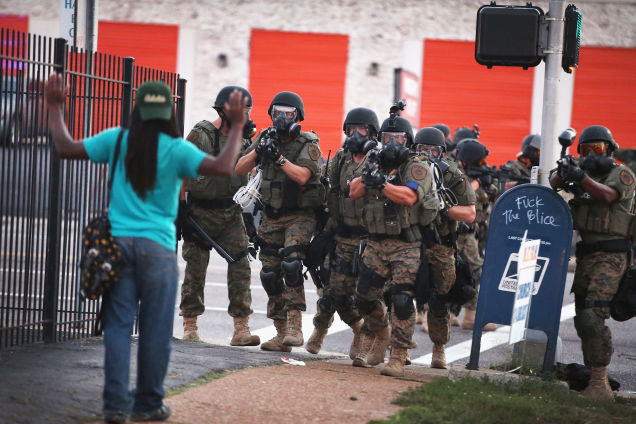 "America Is Not For Black People": Greg Howard of The Concourse writes a scathing investigative piece in light of the recent violence erupting in Ferguson.

“The United States of America is not for black people. We know this, and then we put it out of our minds, and then something happens to remind us. Saturday, in the St. Louis suburb of Ferguson, Mo., something like that happened: An unarmed 18-year-old black man was executed by police in broad daylight. By now, what's happening in Ferguson is about so many second-order issues—systemic racism, the militarization of police work, and how citizens can redress grievances, among other things—that it's worth remembering what actually happened here. Michael Brown was walking down the middle of the street in Ferguson's Canfield Green apartment complex around noon on Saturday with his friend Dorin Johnson when the two were approached by a police officer in a police truck. The officer exchanged words with the boys. The officer attempted to get out of his car. At this point, two narratives split. According to the still-unnamed officer, one of the two boys shoved him back into the vehicle and then wrestled for his sidearm, discharging one shot into the cabin. The two ran, and the police officer once again stepped from his vehicle and shot at the fleeing teenagers multiple times, killing Brown.” 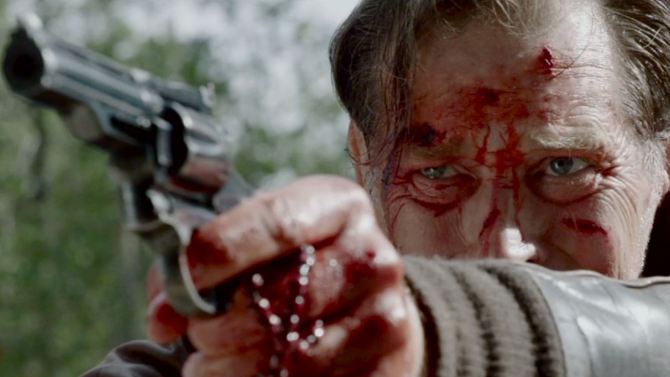 "Film Review: 'Persecuted'": Last month, Variety's Justin Chang wrote an excellent review of Daniel Lusko's Christian-targeted thriller, while writing from the perspective of a man who identifies himself as a believer in Jesus.

“There is, to be sure, an intelligent and provocative film to be made about how the language of tolerance can itself propagate a form of intolerance, and also about the very real tension that so many followers of Jesus (this critic included) often feel between their personal beliefs and the values of the postmodern world — a tension that the Bible itself understands and allows for. But that film would have to be framed as something other than a paranoid thriller, and it would have to translate its discourse into something more sophisticated than the crude, well-worn grammar of the American action movie, with its routine shootouts and fisticuffs. It would also have to accord those characters at odds with its message — atheists and agnostics, prostitutes and politicians — at least a modicum of motivational complexity, if not something approaching the level of compassion that Christ implored His disciples to show their enemies.” 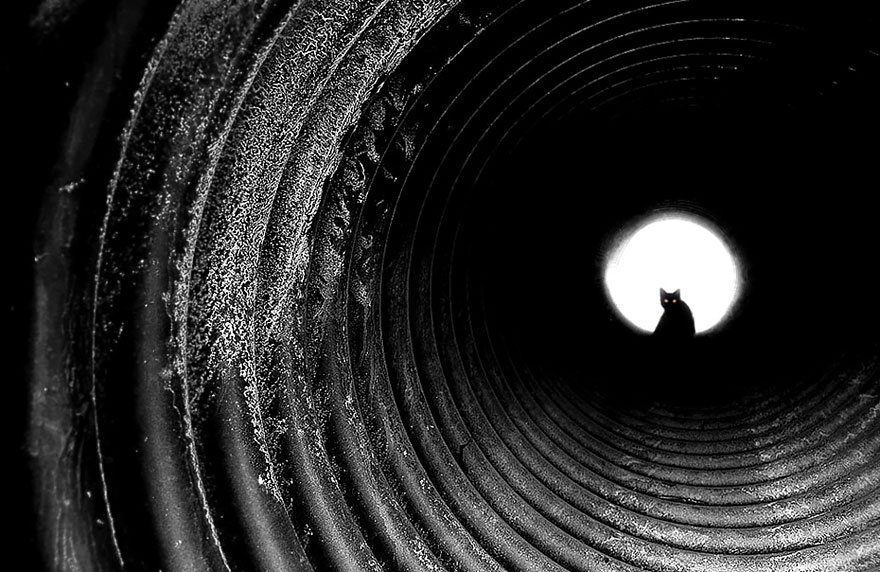 Bored Panda has compiled a haunting gallery of photos dubbed, "The Mysterious Lives of Cats Captured In Black and White Photography."

At Entertainment Weekly, Marc Snetiker posted an enormously moving video where the cast of Broadway's "Aladdin" pay tribute to Robin Williams by leading a post-show sing-along of the Genie's infectious song, "Friend Like Me."