“Paul Apted, a sound editor and son of British director Michael Apted who worked on studio blockbusters as well as smaller films for more than two decades, died Friday of colon cancer in Los Angeles, a family spokesperson told The Hollywood Reporter. He was 47. In the past two years alone, Paul Apted worked on films including the Bruce Willis action sequel ‘A Good Day to Die Hard;’ the X-Men spinoff ‘The Wolverine;’ Denis Villeneuve's acclaimed thriller ‘Prisoners;’ the World War II drama ‘The Book Thief;’ and, most recently, the adaptation of the young adult novel ‘The Fault in Our Stars.’” 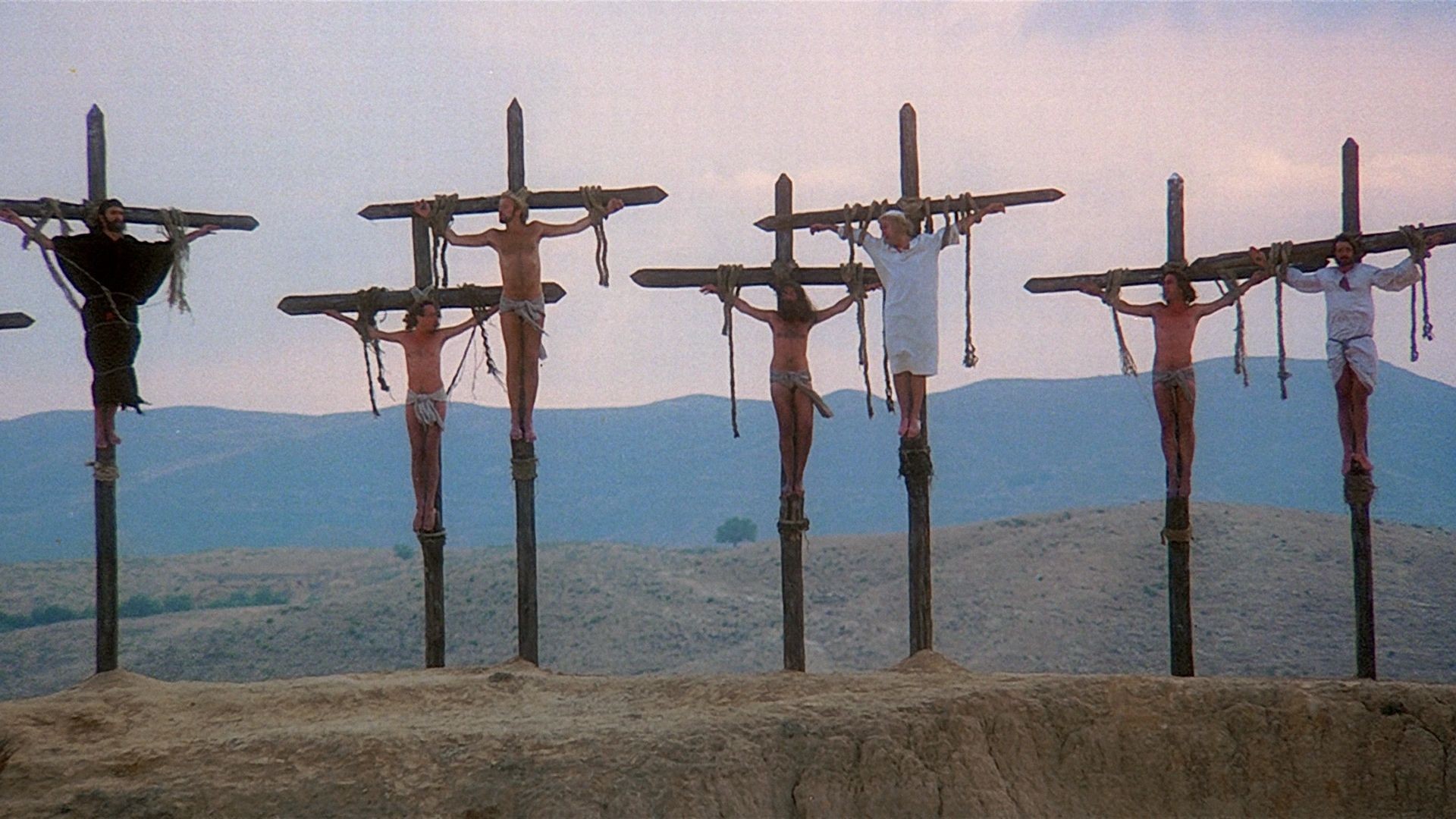 "You Are Triggering Me! The Neo-Liberal Rhetoric of Harm, Danger and Trauma": Jack Halberstam of Bully Bloggers pens a sprawling piece that calls for an end to "finger snapping moralism." Related: Katherine Cross of Feministing posts a rebuttal, "Jack Halberstam's Flying Circus: on postmodernism and the scapegoating of trans women." See also: Natalia Cecire's thoughtful response, "On the 'neoliberal rhetoric of harm," on her blog, Works Cited.

“Claims about being triggered work off literalist notions of emotional pain and cast traumatic events as barely buried hurt that can easily resurface in relation to any kind of representation or association that resembles or even merely represents the theme of the original painful experience. And so, while in the past, we turned to Freud’s mystic writing pad to think of memory as a palimpsest, burying material under layers of inscription, now we see a memory as a live wire sitting in the psyche waiting for a spark. Where once we saw traumatic recall as a set of enigmatic symptoms moving through the body, now people reduce the resurfacing of a painful memory to the catch all term of ‘trigger,’ imagining that emotional pain is somehow similar to a pulled muscle –as something that hurts whenever it is deployed, and as an injury that requires protection.” 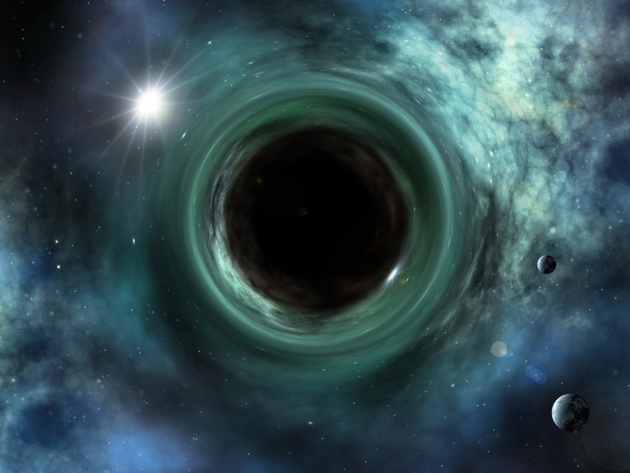 "Simulations back up theory that Universe is a hologram": In a true mind-bender of an article, Ron Cowen of Nature.com reports that "a ten-dimensional theory of gravity makes the same predictions as standard quantum physics in fewer dimensions."

“Maldacena's idea thrilled physicists because it offered a way to put the popular but still unproven theory of strings on solid footing — and because it solved apparent inconsistencies between quantum physics and Einstein’s theory of gravity. It provided physicists with a mathematical Rosetta stone, a 'duality', that allowed them to translate back and forth between the two languages, and solve problems in one model that seemed intractable in the other and vice versa. But although the validity of Maldacena's ideas has pretty much been taken for granted ever since, a rigorous proof has been elusive. In two papers posted on the arXiv repository, Yoshifumi Hyakutake of Ibaraki University in Japan and his colleagues now provide, if not an actual proof, at least compelling evidence that Maldacena’s conjecture is true.”

"'Clarence' Creator Skyler Page Out of Cartoon Network After Sexual Assault Allegations": Amid Amidi of Cartoon Brew provides updates on the story, including the following statement from Page's friend, Jeff Rowe.

“Skyler is currently in the hospital receiving treatment for mental illness. Specifically a form of Bipolar 1 that results in prolonged psychotic episodes, not sleeping for days, and erratic, sometimes frightening behavior that mimics schizophrenia. On the same day the assault happened, Skyler also walked through the streets shirtless screaming at cops. I saw him try to smoke cigarettes through his nose and drink days old olive juice. He popped in and out of different characters, and answered questions with riddles. And the next day, when me and another close friend drove him to the hospital to get him treatment, I sat with him for hours in the Emergency Room as he sat strapped to a bed singing They Might Be Giants songs and talking like a cowboy. I don’t know if he was cognizant enough to see that I was crying. It was one of the saddest things I’d ever seen. Here in front of me, was a guy I had known extremely well, but was obviously ‘not home.’ When I talked to the doctor and learned more about his specific illness, and that he would be coping with it for the rest of his life, it broke my heart. Again, here was someone who was like a brother to me, and I just got told he may never be the same again.” 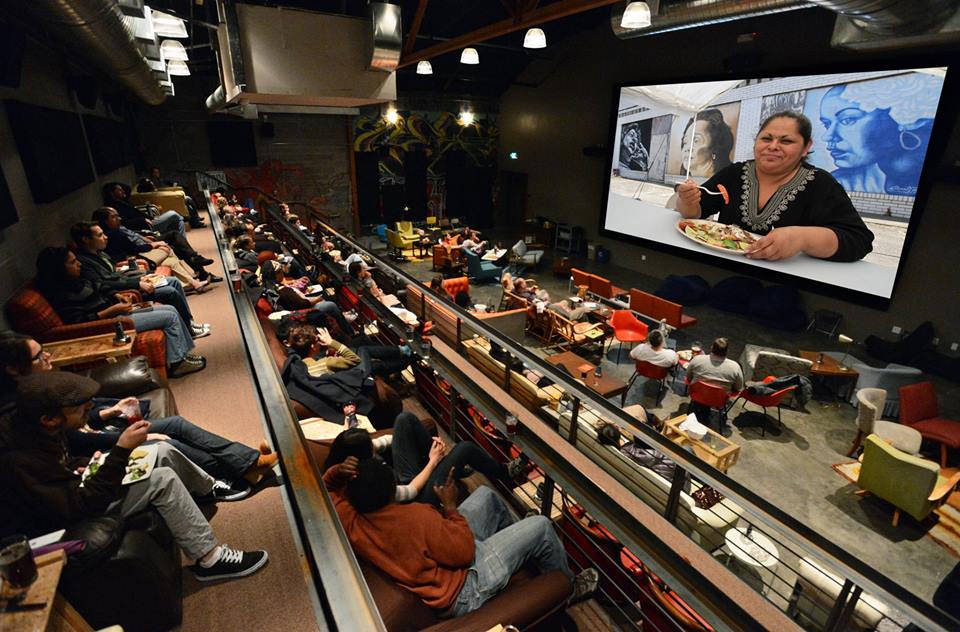 "Indie Outlook: Second Anniversary": My own blog devoted to independent filmmaking celebrates its second anniversary with an overview of highlights from (and links to) various interviews with filmmakers such as Andrew Bujalski, Jennifer Lynch, Eduardo Sánchez, Ignatiy Vishnevetsky, Joe Swanberg and Robert D. Lemon, who discusses (in the quote below) his provocative documentary, "Transfusión."

“The film is very controversial and many organizations are hesitant to show it, but for that very reason it needs to be seen. I hate the fact that our American news media concentrates on irrelevant minor talking points. As a nation, we also have a short attention span. I hope by humanizing immigration and presenting it in an informative and entertaining way, perhaps we can have serious discussions about immigration reform. I, for one, was not very knowledgeable at all about immigration policy until making this film. And now that has become my main point of advocacy.” 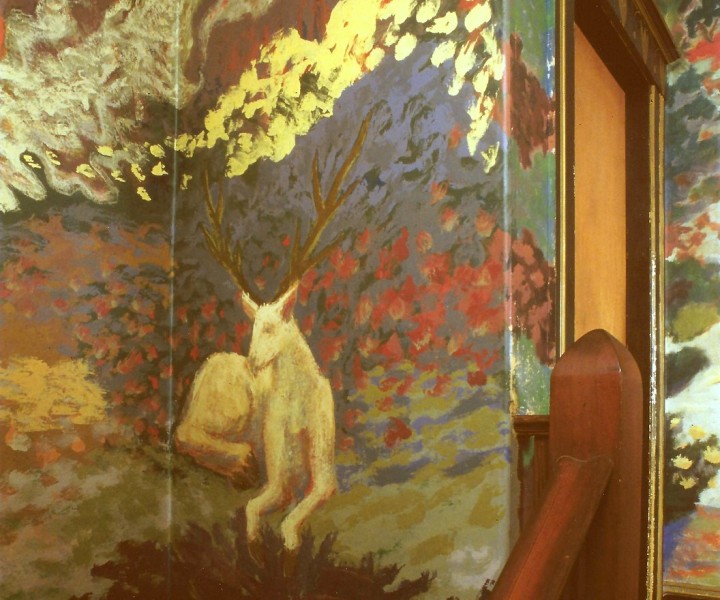 Charles Siler of Berkeleyside.com reports: "With Pauline Kael's former Berkeley home set to be sold, concerns" are being "raised over" the "fate of murals" (such as the one pictured above) by famed SF artist" Jess Collins.

Fans of Jim Henson's "Labyrinth" rejoice! Toby Froud, the pint-sized actor who played the baby in Henson's 1986 cult classic, has grown into a filmmaker with a mission: to recapture the magic of puppetry in his incredibly enticing film, "Lessons Learned," screening this August at the Portland Film Festival, according to Aaron Scott of Portland Monthly Mag.