"Lego-izing, Theorizing and Problematizing: How We Process Movies in 2015": At Oscilloscope, Noel Murray sounds off on recent trends in online film analyses.

“‘The Rocky Horror Picture Show’ flopped in the United States in its original limited release in 1975, but found new life when a shrewd 20th Century Fox executive suggested rebooking the film for midnight shows, targeting a market that back then was becoming increasingly viable. Gradually, a cult developed, consisting partly of movie buffs who loved the B-pictures ‘Rocky Horror’ was referencing, and partly of gay viewers drawn to the film’s transgressive sexuality. Then the phenomenon exploded when a group of dedicated fans started turning screenings into audience participation experiences, complete with costumes, dances, props, and lines shouted in unison. This new way of watching Rocky Horror sprung up spontaneously in a few theaters, then became codified at showings around the world. At some point, amid all the scripted insults and role-playing, moviegoers forgot something important: ‘The Rocky Horror Picture Show’ is pretty good. Even without all the peripherals, it features catchy songs, suitably campy performances, fantastic costumes and art direction, and a gender-bending eroticism that’s daring even now. The ‘Rocky Horror’ rituals have overtaken the movie’s reputation as a piece of cinema, to the extent that ‘virgins’ typically arrive at their first screening with their reactions pre-sorted, and never take the time to actually watch the film. Something similar has happened across the internet over the past few years, where the performative aspect of fandom has become as big a part of the way that films are processed as reviews and ordinary online conversations. This isn’t an inherently bad trend. If nothing else, the rise of the internet as a populist entertainment platform has allowed for some reassuring insight into our shared capacity for creativity and wit. And a lot of the ways that people remix and react to what’s at the multiplex is inspired by genuine passion. But a lot… isn’t. In the place of spontaneous, honest, imaginative responses, I’m increasingly seeing a pro forma set of filters through which movies new and old are being considered—often at the expense of what those pictures actually are, and what they have to say.” 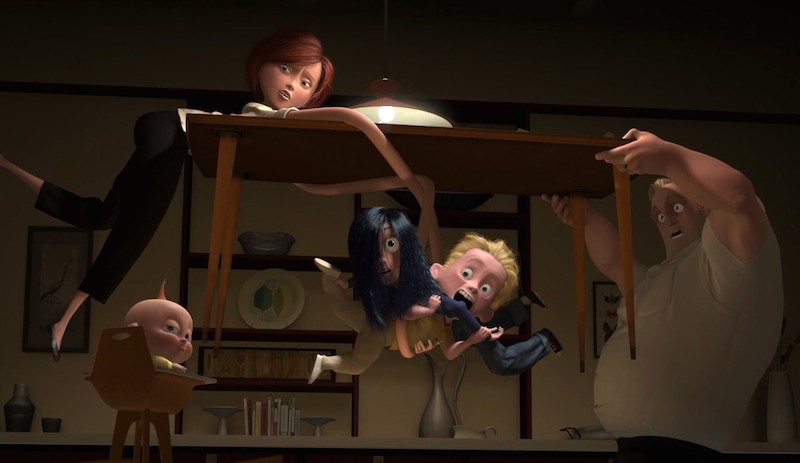 "To Infinity and Beyond: Top Ten Pixar Movies": At Indie Outlook, I rank the studio's greatest achievements, including Brad Bird's "The Incredibles."

“Five years after helming the modern animated classic, ‘The Iron Giant’ (heading back to theaters September 30th), Brad Bird brought a new level of sophistication to Pixar with this exceptionally nuanced action picture about a family endowed with super powers. Predating the Marvel craze, not to mention a glut of DIY superheroes, and even featuring a pre-‘Avengers’ Samuel L. Jackson (who gets some great Tarantinian dialogue about the nuisance of ‘monologuing’ villains), this film should be studied by any studio intent on bringing comic book icons to life. What makes these characters so compelling is how their powers seem to emerge organically from their personalities—the mother (Holly Hunter) literally holds her family together with her elastic arms, the young son (Spencer Fox) creates rebellious mischief with lighting speed, and the older daughter (Sarah Vowell) wishes she could disappear from the gaze of cute guys at school—and does. As for Mr. Incredible (Craig T. Nelson), his towering physique becomes a great source of humor after society has stigmatized the powers of super beings (much like what happens to Elsa in ‘Frozen’), forcing them to work menial jobs while suppressing their natural talents. His embittered line about American culture ‘finding new ways to celebrate mediocrity’ is emblematic of what Pixar is a rebuke against. The layers of wit in Bird’s Oscar-worthy script are on par with the first three seasons of ‘Arrested Development,’ and the director’s own vocal performance as super-suit designer Edna Mode (a tribute to legendary costume designer Edith Head) is an utter delight.” 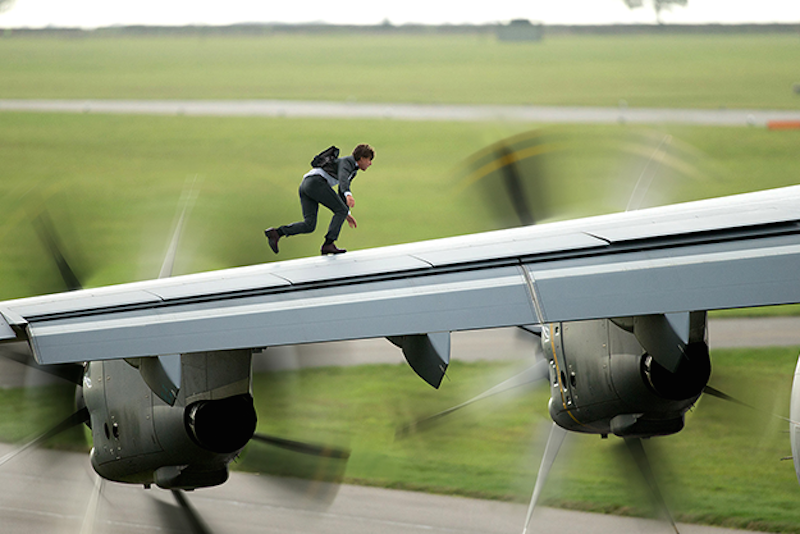 “I have a very rational, straightforward approach. Rule number one is clarity, and rule number two is geography—I start with that, and then sometimes I have to push myself to get outside that box of clear, simple storytelling. Some of what you’re saying has to do with my fixation with anamorphic cinematography, and some of it has to do with my belief that the kind of shaky-cam, rapid-editing style that often gets used is based in fear. It’s based in this fear that the audience will get bored. I don’t believe that; I don’t believe that there’s an erosion caused by YouTube and video games and all that other stuff. The erosion comes when people aren’t exposed to classical storytelling. Your observation about the style is correct in that we never cut [in ‘Rogue Nation’] unless there’s a reason to cut—each shot is chosen very specifically to move the emotional progression forward. All I’m interested in is making you a bystander to the action when necessary, and then at key moments making you the protagonist—I’m moving you back and forth between those points of view. I love that you referenced Vincente Minnelli. I don’t often talk about him, but he’s a major influence, especially ‘Some Came Running.’ I really envy the way guys like Minnelli and Lumet and John Sturges just let the camera sit in the corner of the room—they build carefully designed sets and let things play out almost like a play, and they very carefully choose when to jump in for a close-up because a specific line means something in terms of raising the dramatic tension. It’s very hard in modern filmmaking because you don’t have the time to rehearse, you don’t have the time to develop the screenplay the way those filmmakers would. Often you’re building the movie in the editing room as opposed to starting with a careful plan.” 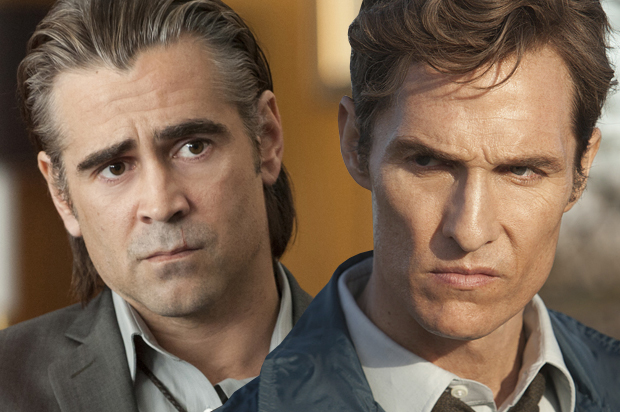 "The dangers of auteur TV: How 'True Detective' went from critical darling to laughingstock": Salon's Scott Timberg performs an autopsy on the divisive HBO series.

“What it may come down to is the limits of something that seemed to define this genuinely great era of high-end television: the heroic showrunner auteur. Instead of being a product made by committee, these new character-driven series were crafted by mavericks and intellectuals who compressed all their experience, all their neuroses, into their storytelling. These smart cable shows were, as journalist Brett Martin laid out in his useful chronicle of the post-‘Sopranos’ revolution, ‘Difficult Men,’ our age’s equivalent to the Great American Novel, the serious film. (And of course, the term ‘auteur’ was most famously applied to the work of heavy American filmmakers, and it was the individuality of their vision, in part, that made them major artists in the way that mere craftsmen or journeyman directors were not.) Sometimes it works: ‘The Wire’ is one of the great documents of our time, and, a lot of that greatness came from David Simon and his decades of journalistic storytelling. Despite some dissipation near the end, Matt Weiner’s ‘Mad Men’ chronicled a misunderstood period of American life in a fresh, lively way. Would we have wanted difficult man David Milch to have had a collaborator for ‘Deadwood’? Probably not — though we’d have preferred another season or two. But Pizzolatto, whose roots are in a more purely auteurist form — literary writing — doesn’t seem to be as suited to pure auteurism. (For what it’s worth, even David Simon drew on novelists, including Dennis Lehane, to help write ‘The Wire.’) With the first season of ‘True Detective,’ he seemed to have a real collaboration going with director Cary Fukunaga, but that didn’t end well. (McConaughey and Harrelson may’ve had a major shaping role on that first season as well.) With Fukunaga gone, and Pizzolatto’s capital sky-high, he brought in Justin Lin, best known for the ‘Fast and the Furious’ franchise — a major stylistic departure. And it still feels like one guy running away with himself and his own bad habits.” 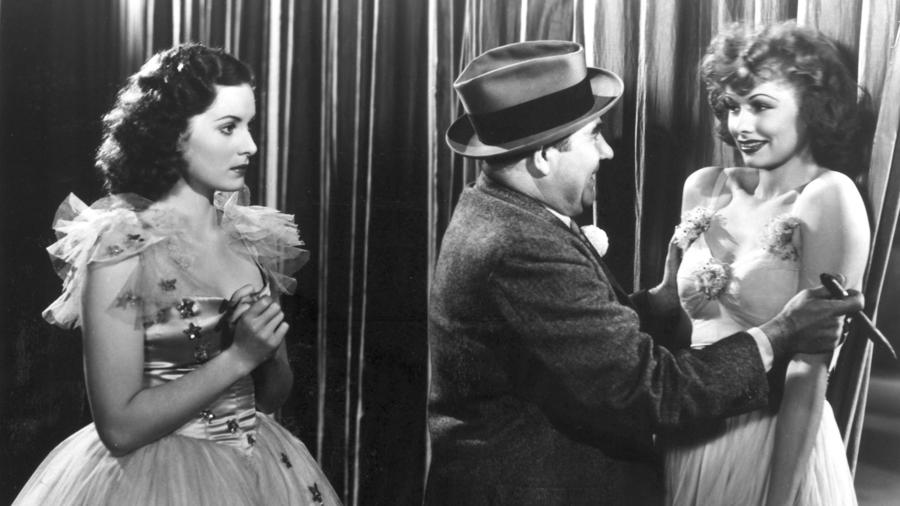 "Dorothy Arzner is the focus of a retrospective by UCLA Film and Television Archive" Reports Kenneth Turan at The Los Angeles Times.

“The series features 12 of Arzner's directorial efforts (including six that the UCLA archive restored) as well as two silent films she only wrote — ‘The Red Kimono’ and the energetic naval drama ‘Old Ironsides,’ the latter for which she also was script supervisor and edited. Those films show one reason for her longevity as a studio director: She knew the craft of film inside out. As Judith Mayne, author of ‘Directed by Dorothy Arzner,’ wrote, ‘competence was far more important than brilliance or originality in making her career possible.’ But, obviously, there was more to Arzner as a director than that, as she herself was not shy about expressing in sentiments that ring as provocatively true today as they did then. ‘Try as a man may, he will never be able to get the woman's viewpoint in telling certain stories,’ Arzner told the Washington Post in 1930. ‘Many stories demand treatment at the hands of a woman, not only from the script side but also in the direction, and here a woman should be allowed to direct in all cases.’ What this viewpoint, Arzner's empathetic sense of the complicity, support and sometimes rivalry between women meant in practice is well illustrated by the series' opening-night double bill of 1929's ‘The Wild Party’ and 1930's ‘Anybody's Woman.’ ‘Party’ was the first sound film for star Clara Bow, whose nervousness about the new technology reportedly led Arzner to improvise a boom mike setup by putting a microphone on a fishing rod.” 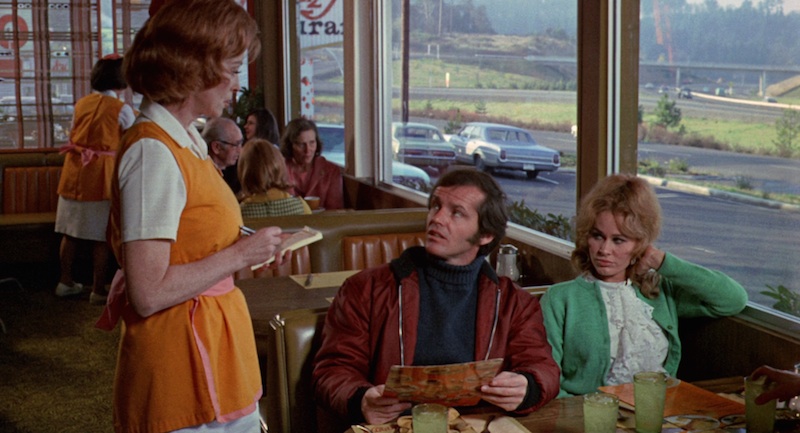 Following a July 27th interview, Scott Feinberg has 100-year-old theatre veteran Patricia Morison send a video message to fellow Anna (from "The King and I"), Kelli O'Hara. It'll make you whistle a happy tune, no doubt.