"Dick Smith (1922-2014): The master of movie makeup": At The Dissolve, Matt Singer pens a terrific, video-stuffed obit to the masterful movie makeup artist, who passed away today at 92. Related: Mike Barnes of The Hollywood Reporter reflects on Smith's extraordinary career. See also: Roger Ebert's four-star review of William Friedkin's 1973 classic, "The Exorcist," featuring some of Smith's most iconic work.

“He couldn’t find a job in Hollywood, so after he got out of school, Smith became the first staff makeup artist at NBC. After almost 15 years in television, Smith left the company and finally started making the transition to film. His first significant film work was making Anthony Quinn look like a punch-drunk prize fighter in 1962’s ‘Requiem For a Heavyweight.’ From there, he went on to spend almost three decades as one of the premier makeup men in Hollywood. He made Dustin Hoffman look like a 121-year-old man in ‘Little Big Man,’ and created Marlon Brando’s makeup in ‘The Godfather.’ Linda Blair’s outrageous look in ‘The Exorcist’ became a sensation, but some of Smith’s finest work was his least visible; for ‘Taxi Driver,’ for example, he designed the mohawk that Robert De Niro wore as Travis Bickle. To this day, few people realize De Niro didn’t actually shave his head for the role.”

"History of Film: 'Playtime'": Andy Crump writes a great essay for Movie Mezzanine about Jacques Tati's 1967 masterpiece, with an illustration by RogerEbert.com's own Krishna Shenoi.

“‘Playtime’ invokes obvious caricature to make its point, so ultimately the resemblances between Tati’s presentation and reality are only found in passing. But in consideration of the film’s age, it’s remarkably prophetic even today, and has lost none of its comic potency. Even among the tragic erasure of every intangible quality and physical element that defines Paris, Tati finds humor, joy and even compassion; as the film winds down, following a lengthy second half spent in the confines of a high class pop up nightclub, it raises a nearly anarchic spirit of celebration as sophistication gives way to revelry and the casting down of Tativille’s artifice. We even catch a moment of kindness as Hulot and Barbara part ways with the exchange of an unexpected gift. Maybe the cities of tomorrow will lose all of the charm they bear today, but in the end, perhaps we won’t lose our humanity.” 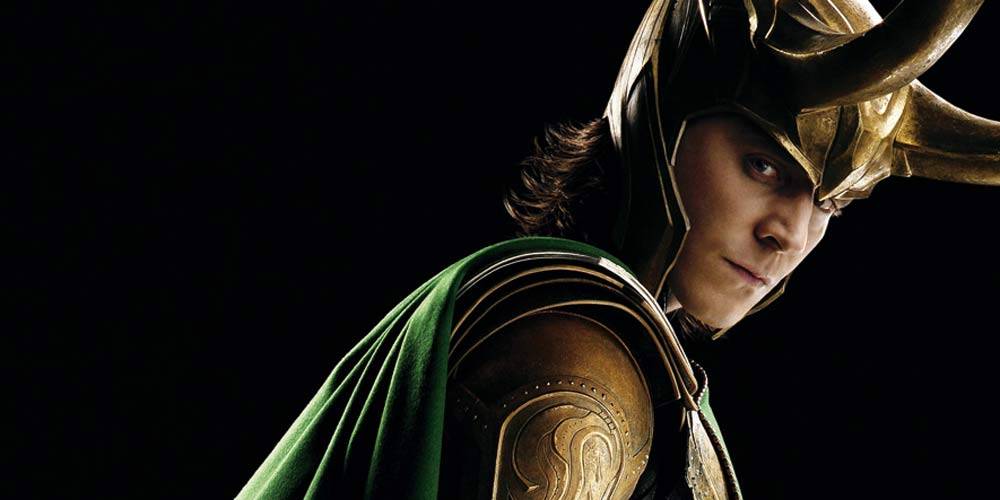 "Read Tom Hiddleston's Emotional Letter to Joss Whedon Thanking Him for 'The Avengers'": Reposted by Carolyn Cox of The Mary Sue.

“I love how throughout you continue to put Loki on some kind of pedestal of regal magnificence and then consistently tear him down. He gets battered, punched, blasted, side-swiped, roared at, sent tumbling on his back, and every time he gets back up smiling, wickedly, never for a second losing his eloquence, style, wit, self-aggrandisement or grandeur, and you never send him up or deny him his real intelligence…. That he loves to make an entrance; that he has a taste for the grand gesture, the big speech, the spectacle. I might be biased, but I do feel as though you have written me the coolest part.” 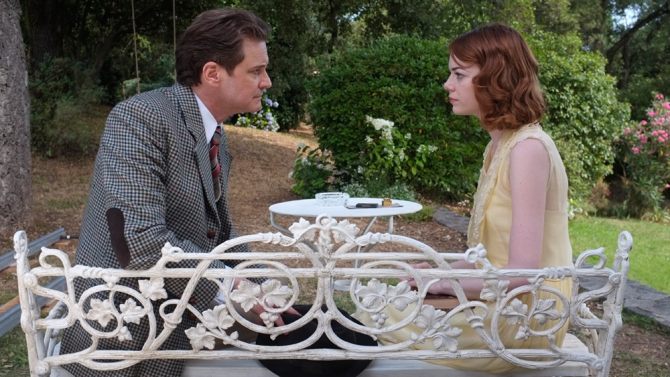 “In a world without God, only love — reckless, passionate and age-blind — gives us cause to indulge what the heart wants, regardless of what the mind knows. Any other attempt to find grace, transcendence or eternal assurance will ultimately prove empty and meaningless. To be similarly blunt: This is not a worldview that I find useful, thoughtful or, in any sense, truthful. But that’s beside the point. A great artist can either flatter or challenge our deepest-held convictions, and to rule out cynicism and misanthropy would mean dismissing some of our most vital filmmakers, from Billy Wilder and Luis Bunuel to the Coen brothers and Lars von Trier. And I would argue that the Woody Allen of yesteryear — the one who memorably asked ‘Why is life worth living?’ in ‘Manhattan’ and briefly contemplated suicide in ‘Hannah and Her Sisters,’ or who channeled his rage against humanity into the scabrous comedy of ‘Deconstructing Harry’ — surely belongs in their company. The Woody Allen who made ‘Magic in the Moonlight,’ alas, is another matter entirely. Beautifully shot and lethally inert, the movie doesn’t just feel old-hat or out of touch; it’s world-weary to the point of exhaustion.” 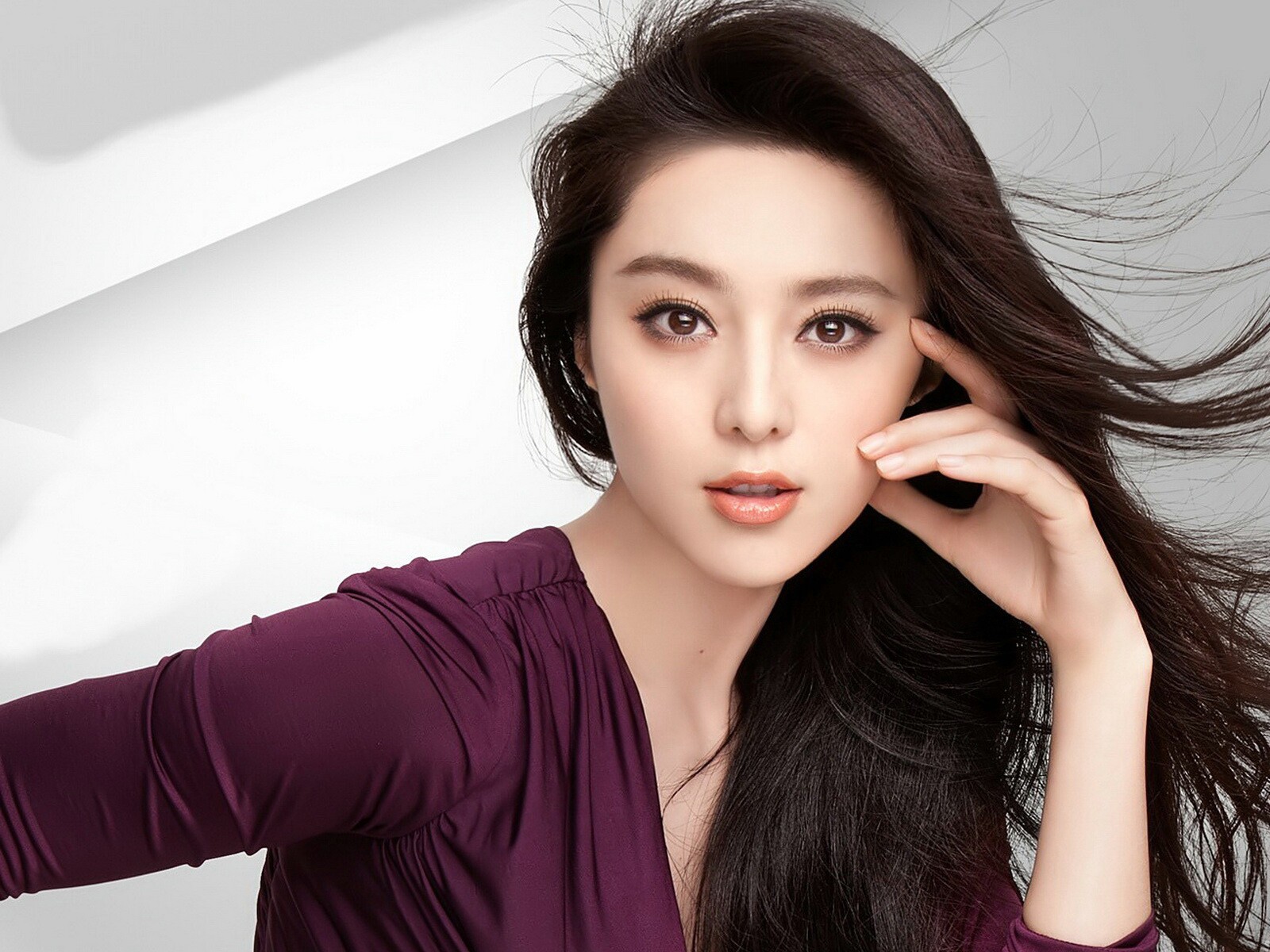 "Fan Bingbing in Talks to Star in Anna May Wong Biopic": An enticing news brief from WENN.com.

“The film will centre around Wong's life as the first Chinese-American movie star, recalling her poverty-stricken upbringing in downtown Los Angeles and her rise to fame in Hollywood. Her breakout role came in 1924 when she played a Mongol slave opposite Douglas Fairbanks in ‘The Thief of Bagdad,’ but she was constantly offered roles to play negative stereotypes of Chinese females.” 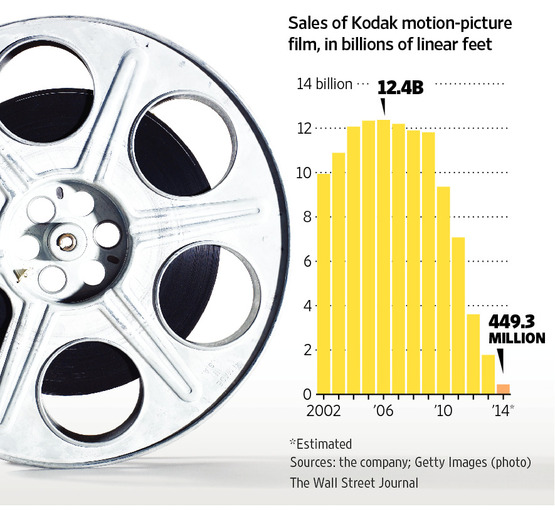 The Wall Street Journal's Ben Fritz reports on the campaign mounted by filmmakers including Quentin Tarantino and J.J. Abrams that orders studios "to promise orders" of film from Kodak.