"Gilbert Gottfried Calls on Old Hollywood in His Gripping 'Amazing Colossal' Podcast": A fantastic piece from our own Donald Liebenson at Vanity Fair.

“Gottfried and [Frank] Santopadre launched the A.C.P. in June 2014 at the encouragement of Gottfried’s wife of almost a decade, Dara, who is also a friend of Santopadre’s and serves as another co-producer. The podcast, available as a free weekly iTunes download, is as an outgrowth of Gottfried’s calls to Santopadre from the road, during which they would talk about horror movies, bad cop shows, and other pop-culture-related arcana. They have known each other—two ‘freaks for old show business,’ Gottfried states—for decades, dating back to Santopadre’s stint as a writer on the 1990s A&E stand-up and sketch-comedy series ‘Caroline’s Comedy Hour,’ on which Gottfried was a guest. Gottfried, with a full schedule as a stand-up comedian and actor, had to be coaxed. ‘Me, on my own, I’m basically watching TV and memorizing shows I never liked in the first place,’ he joked in a phone interview. ‘I still don’t fully understand what a podcast is. I tell guests (who don’t know either) that it’s a radio show on your computer.’ But what started out as a lark has evolved into something more profound, poignant, and essential; an oral history of show business with an expanding archive (there have been more than 110 episodes thus far) of hour-plus interviews, conducted primarily with indelible character actors, former child stars, and bona fide show-business legends (along with contemporary comedians and comedy writers, such as Jim Gaffigan, Judd Apatow, and Mike Reiss of ‘The Simpsons’ fame).” 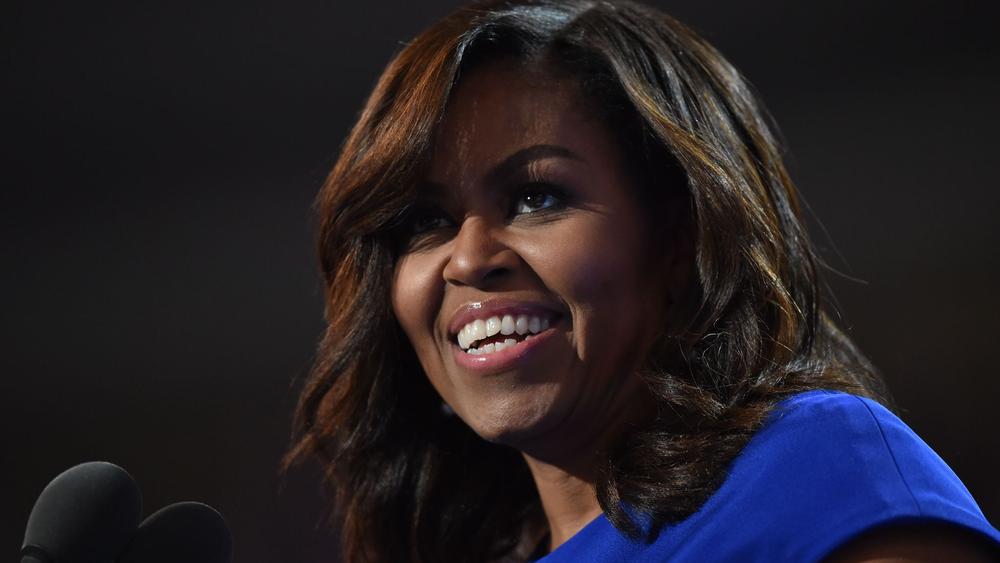 "Michelle Obama taught me how to be a mother": A great speech inspires a great response from Heidi Stevens at the Chicago Tribune.

“She can sing Beyonce with the best of them, but she's very clearly the grown-up in the room. Remember that list of rules in The New York Times? I do. ‘When the girls go on trips, they write reports on what they have seen, even if their school does not require it,’ the 2012 story said. ‘Technology is for weekends: Malia may use her cellphone only then, and she and her sister cannot watch television or use a computer for anything but homework during the week. Malia and Sasha had to take up two sports: one they chose and one selected by their mother. ‘I want them to understand what it feels like to do something you don't like and to improve,’ the first lady has said.’ Yes. […] She expects her husband to be a full partner. My favorite moment in Peter Slevin's biography, ‘Michelle Obama: A Life,’ occurs when Barack Obama, in his second year in the U.S. Senate, calls home to tell his wife about a bill he co-sponsored that was making progress. ‘He launched into an exuberant explanation, but Michelle cut him off,’ Slevin writes. “We have ants,’ she said. ‘I found ants in the kitchen. And in the bathroom upstairs.’ She wanted him to pick up ant traps on his way home from the airport. She would do it herself, she said, but the girls had doctors' appointments after school. ‘Ant traps. Don't forget, OK, honey? And buy more than one. Listen, I need to go into a meeting. Love you.’ Barack said he wondered as he hung up whether Ted Kennedy or John McCain ever bought ant traps on the way home from work.’” 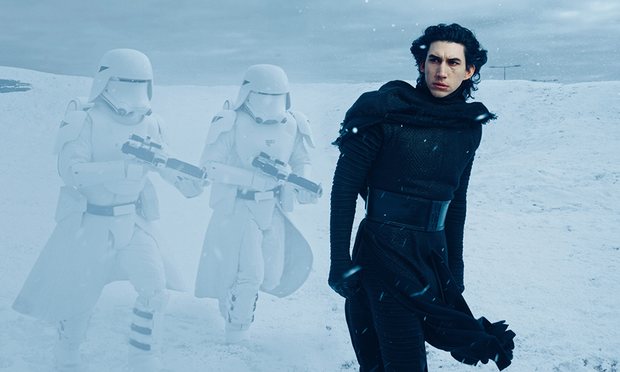 “The success of Mike Myers’ Bond nemesis parody Dr Evil meant time was up for the old-style baddie. ‘I can’t tolerate the two-dimensional kind of villain,”’says veteran screenwriter Linda Woolverton. ‘When I think of the kind of villain I don’t ever want to write, it’s the Jafar type [from ‘Aladdin’] – the moustache-twirling, no-reason-for-being-mean villain.’ This is the modus operandi of the horned enchantress Maleficent from Disney’s 1959 ‘Sleeping Beauty’, upon whom Woolverton performed a revisionist overhaul for Angelina Jolie in 2014. The job was, she says, “a tough nut to crack”, but her rationale for Maleficent’s baby-cursing wickedness was intriguing: that the dark fairy had her wings cut off by the future king Stefan, a metaphor for rape. ‘I think we can’t systematically glorify evil. It’s not good for the world,’ says Woolverton. ‘I try to show why villains are the way they are.’ The danger is that this humanising impulse – every newly foregrounded baddie afforded the same kind of origin story as his do-gooding opponent – robs villains of their satanic majesty. No one wants to hear, as in ‘Spectre,’ that all Blofeld’s sterling pain-authoring for 007 has just been because he’s jealous of his long-lost adopted sibling. There was a similar chin-strokey air of the therapist’s couch in JJ Abrams’ recent over-explanation that Kylo Ren had gone off the rails because of absent parenting on the part of Mr Solo and Mrs Organa; something far more neatly conveyed by Adam Driver’s petulant lightsaber tantrums. Heath Ledger’s Joker was so effective partly because he rejected ingratiating backstory: in ‘The Dark Knight,’ he tells two totally different stories about the origins of his facial scars.” 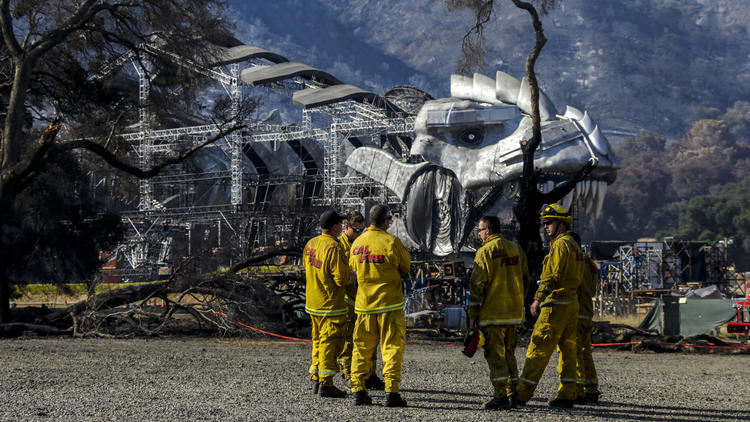 "Sand fire destroys movie and TV ranch that was backdrop for 'A-Team,' '24' and other shows": As reported by Hailey Branson-Potts of The Los Angeles Times.

“With its picturesque vistas in the hillsides near Santa Clarita, the quiet and sprawling Sable Ranch has long been a backdrop for western films, reality television shows and music videos. But this weekend, the popular 450-acre movie ranch off Sand Canyon Road — where shows such as ‘The A-Team,’ and '24' and the 1993 movie ‘Robin Hood: Men in Tights’ have been filmed — was the scene of real-life destruction, starring the Sand fire and a cast of employees who tried their best to save it from the flames. Most of the property was destroyed. The Old West town set is an unrecognizable pile of ash. The hillsides are charred. The stables are gone. So is the water tower. ‘It’s devastating,’ said Kevin Whitney, the ranch manager who’s worked there for 13 years. ‘This was my second home.’ Fire crews on Wednesday continued to gain the upper hand on the massive Sand fire, which erupted Friday along the 14 Freeway near Sand Canyon Road and has been blamed for one man’s death and the destruction of at least 18 structures. The fire had burned 38,346 acres in and around the Angeles National Forest as of Wednesday afternoon and was 40% contained. Meanwhile, the Soberanes fire continued to rage along California’s scenic Central Coast north of Big Sur, killing a heavy equipment operator and triggering hiker rescues and the closure of state parks in the area. That blaze, which also started Friday, had burned 23,568 acres and was only 10% contained.” 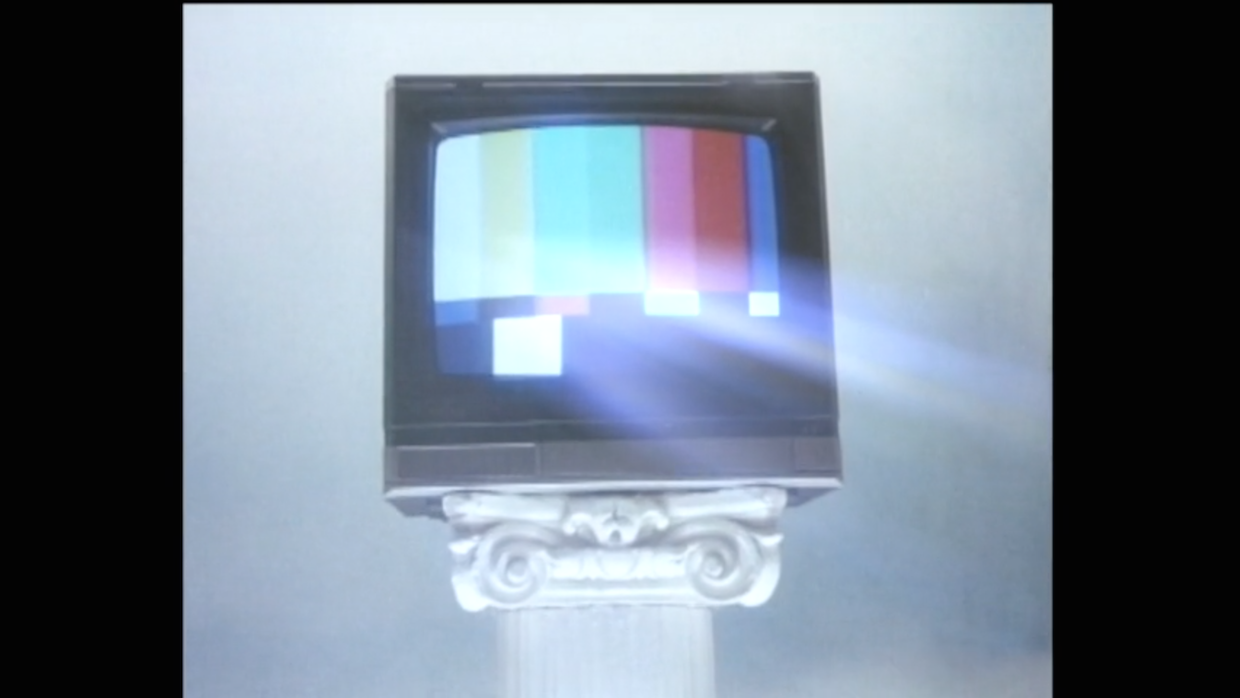 “I started working that way because I like to act in the movies that I direct, so I planned out my shots ahead of time as a sort of security blanket. And as I watched a lot of movies and studied other directors over the years, I just got the feeling that that was the way to work for me – to know what I was going to see and have it be the result of careful planning and design. I storyboard everything, and I was really fortunate after ‘The Ratings Game’ to work with Harold Michelson, who was an amazing storyboard artist. He’s passed away, and now there’s a movie about him that I’m involved with called ‘Harold and Lillian: A Hollywood Love Story.’ It’s directed by a guy named Daniel Raim, and it gets into all the iconic images that Harold created – one that comes to mind right away is the shot in ‘The Graduate’ of Anne Bancroft’s leg with Dustin Hoffman in the background. That was one of Harold’s incredible contributions to that film. His wife Lillian had an incredible research library that you could use in the days before the Internet if you needed to look up a certain kind of building or what people were wearing in a specific period; I met her many years ago when she was working with Coppola, and then Katzenberg wound up taking the library to Disney. It was in the days where you got hard copies of everything – literally, she’d bring a book over with everything from the period you were looking for. She and Harold were a perfect couple. I met them both at the same time, along with a guy named Maurice Zuberano who worked on ‘Citizen Kane’ as a sketch artist and was partners with Harold.” 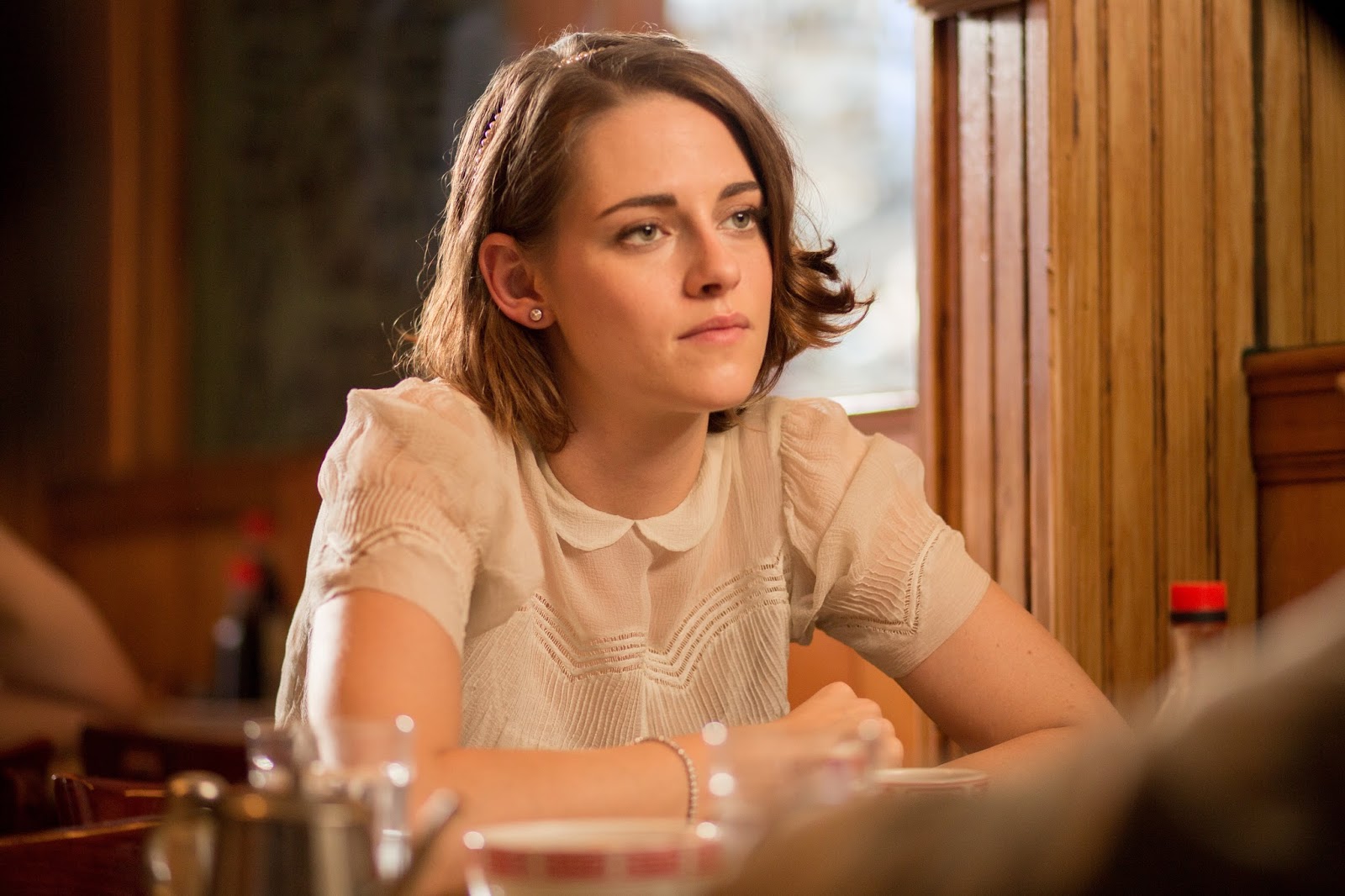 "Homemakers" director Colin Healey has launched the Kickstarter campaign for his intriguing new film, "For Entertainment Purposes Only." Check it out here.