"James Fotopoulos on 'The Given,' 'There' and More": At Indie Outlook, the visionary filmmaker chats with me about his pictures set to screen in two upcoming Chicago retrospectives at Facets Cinematheque and The Nightingale.

“I understand why people use [the term ‘experimental cinema’], but to me, it seems very limiting. I’m not reacting against any particular type of film in my work. I like all sorts of movies. Your own work is formed by how you personally see things. What was perceived to be ‘experimental’ 15 or 20 years ago may be seen now in a completely different way. The medium in general is so advanced and your perceptions of film change so much with time. There are so many factors that go into the distribution, into the technology, into the production of a film that those types of labels hold very little meaning. I don’t know where you draw the line of what is deemed ‘experimentation.’ There was a movement that has been documented and probably peaked in the ’60s that was very much reacting against what they thought was the norm, and I think that term grew out of it. But there’s always endless experimentation in filmmaking as well as on television, where you’re seeing a constant changing of form, such as the current miniseries evocative of serials from the ’30s. Anytime a new camera comes out, you’re going to have to experiment with how that camera is made, so to me, experimentation is all a part of the whole. The number of elements that are changing all the time cause every production to become an experiment.” 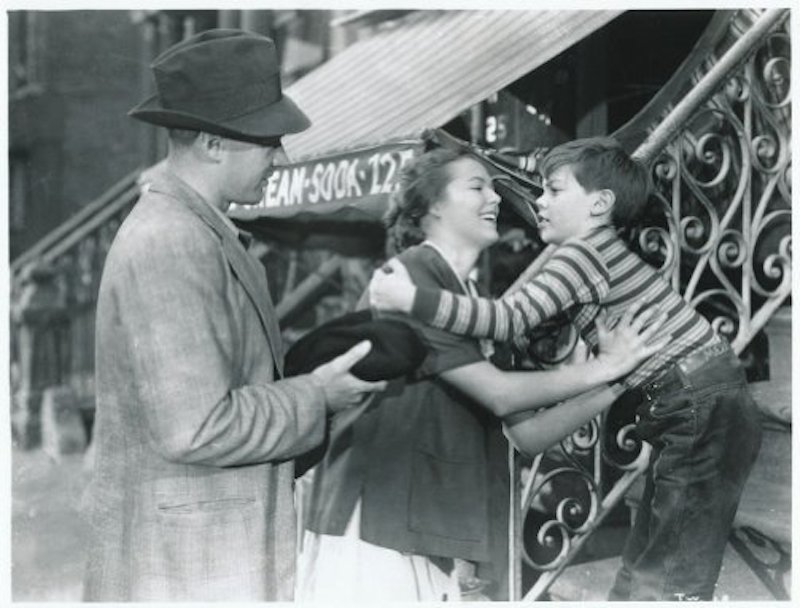 "'The Window'": Robert Taylor of The Robert Taylor Odyssey reflects on Ted Tetzlaff's 1949 noir that featured an unforgettable performance from young Bobby Driscoll.

“Tommy (Bobby Driscoll) is a poor kid living in a falling-apart tenement in New York City with few friends and parents (Barbara Hale, Arthur Kennedy) who are becoming tired of his lies. One night Tommy is so hot he goes out onto the fire escape to sleep. He wakes up and peeks through a window to see his upstairs neighbors the Kellersons (Paul Stewart and Ruth Roman) kill a man. Tommy desperately tries to get anyone to believe what he saw, but of course no one does. Driscoll’s work as Tommy is fantastic – one of the best children’s performances on film ever. He first must be likable despite all the lies he tells, and then believably terrified in the final two acts, and Driscoll gives all that and more. He is always certain of his convictions regarding what he saw, but his repetitive statements of what happened never get annoying. There’s a small moment where Tommy’s parents are leaving him for the evening and Tommy knows that he’s probably going to be killed where he holds onto his mother tight when he hugs her goodbye, and my heart just broke watching him.” 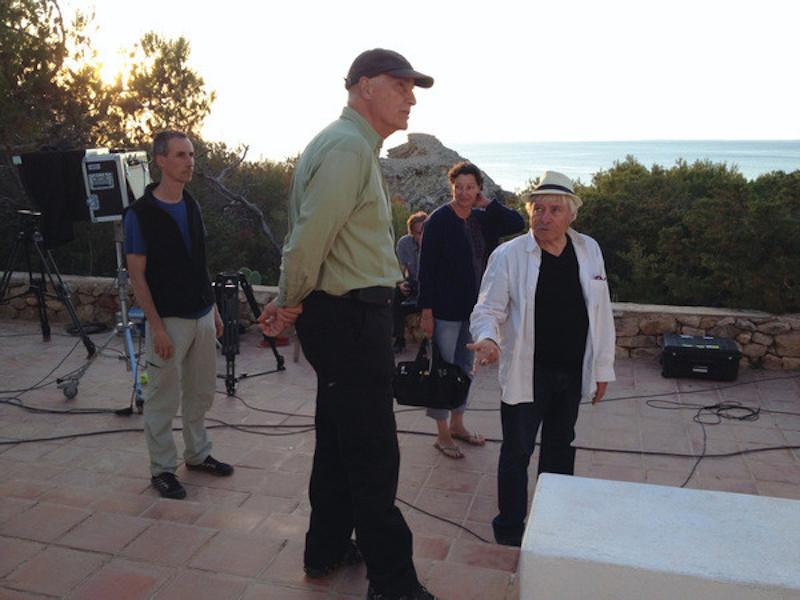 “I like to experiment when I do a movie. I always do a technical experiment at the same time. I believe that in cinema the technology and the technique is so important, as important as the painting was when it came to the Impressionists, because it was a new kind of painting that allowed for certain things that were not possible before. So, I think that whenever I see something new, I’m always trying to be there and try to see what I can take out of it. In the case of ‘Amnesia,’ I saw that there was a possibility to use a definition of 6K, which is three times the definition of film, basically. So, this is like an extreme jump for a low-budget movie to take. So, we ended up doing it in 6K. That was crucial for the movie, because it allowed many things included – well, it’s too complicated to go into right now, it would take to much time. But, this was essential and we were so excited. The other thing that we did was, here was a character that is living without electricity and at night, she was using candlelight and petrol lamp. So, she was living in a very primitive and spending like five dollars a week at the time. So, the idea of using too many candles was not in the budget of the character. So, she was using the petrol lamp and we decided to go for the absolute truth and reality of the light she used. That was a big choice. That was very hard and we kept it and it added some kind of real flavor to the movie.” 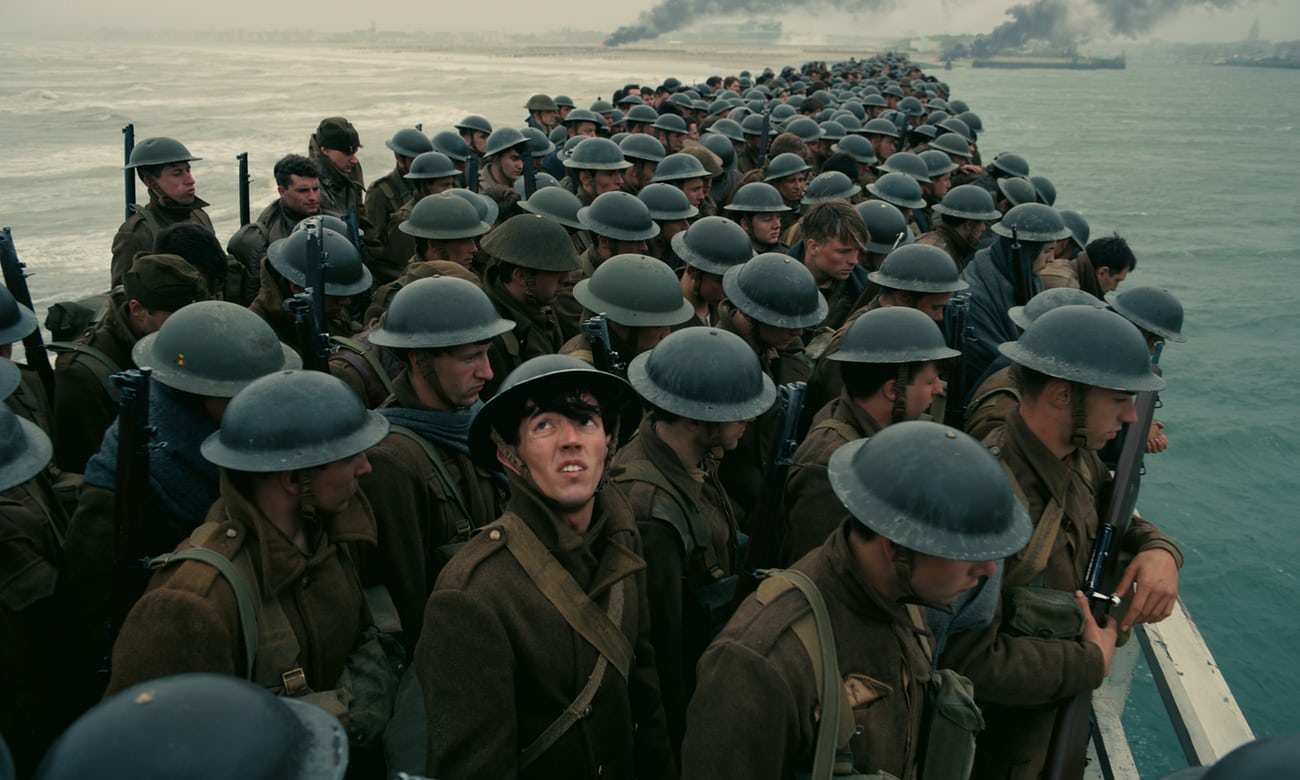 "The Dunkirk spirit: how cinema is shaping Britain's identity in the Brexit era": According to The Guardian's Steve Rose.

“Our film industry was almost unanimously against Brexit. Some 250 star names from across the arts signed an open letter in this paper urging Britons to vote remain, and the consensus is that homegrown cinema will suffer as a result of leaving the EU. But could it be that certain sectors of the industry have been putting out the opposite message? That is not to say that our movies were directly advocating Brexit, but just as the EU referendum split the nation into ‘leave’ and ‘remain’ camps, so we can view our film industry’s recent output through the same prism. It’s not just Dunkirk: the second world war as a whole has been co-opted as a myth of English exceptionalism and isolationism. Churchill is the Brexiters’ patron saint. They are always banging on about him, from Farage persuading Donald Trump to put a Churchill bust back in the Oval Office, to Boris Johnson writing a biography of him, before likening the EU to Hitler and claiming that Churchill would have joined him on the Brexit bus. Meanwhile, Michael Gove bemoaned the lack of emphasis on Churchill, eminent Victorians and ‘Britain and her empire’ in the history curriculum. Or ‘our island story,’ as he put it. ‘This trashing of our past has to stop,’ he complained.” 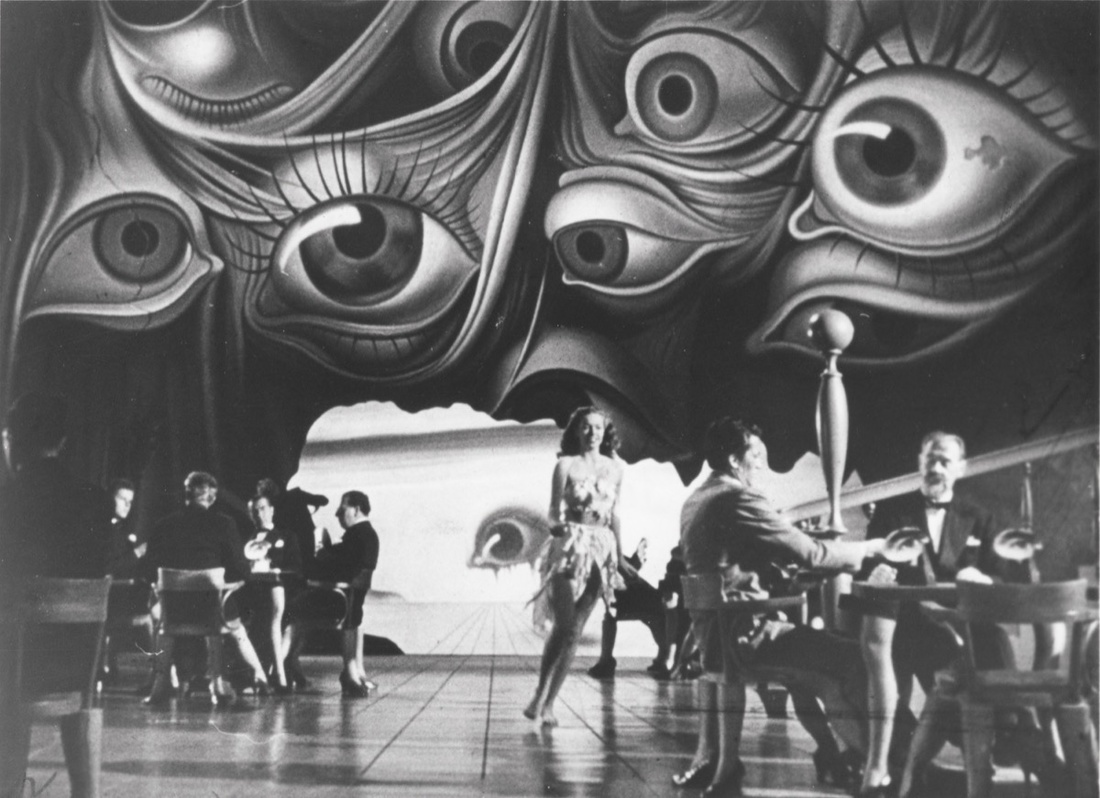 “In 1945, Salvador Dalí’s movie agent called him up and ordered a nightmare. The request came at the behest of director Alfred Hitchcock, busy planning the dream sequence for his psychoanalytic thriller ‘Spellbound’ (1945). Although Dalí had officially broken with the Surrealists a few years earlier, his fantastical paintings—replete with melting clocks, deep shadows, and long vistas—ensured his continuing status as an American celebrity. But Hitchcock didn’t hire him for the publicity value. ‘I wanted Dalí because of the architectural sharpness of his work,’ the filmmaker explained in a 1962 interview. Rather than the traditional, blurred Hollywood dream sequence, Hitchcock ‘wanted to convey the dream with great visual sharpness and clarity, sharper than the film itself.’ ‘Spellbound’ stars Ingrid Bergman as a psychiatrist who falls for her new boss, Dr. Anthony Edwardes. Unfortunately for Bergman’s lovestruck character, the dashing Dr. Edwardes (played by Gregory Peck) is an amnesiac who may just be a murderer. To prove his innocence, she must analyze his dreams. By the mid-1940s, pop psychology was on the rise in America, fueled in large part by the fallout and trauma of World War II. ‘Spellbound’ capitalized on the growing public interest in Freudian psychology; in fact, the film is one of the first major Hollywood productions to rely on psychoanalysis and mental illness as a driving force for the plot.” 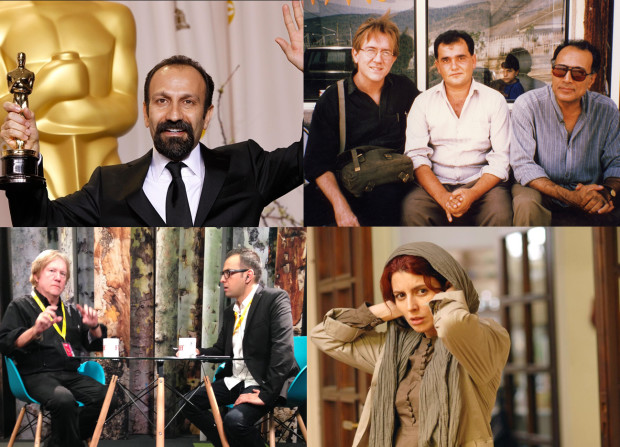 Five days left to donate to the Indiegogo campaign for our critic Godfrey Cheshire's new book, In the Time of Kiarostami: Writings on Iranian Cinema. To visit the official campaign page or to donate, click here.

In the first few minutes of her latest essential video essay, Lindsay Ellis illustrates why a remake of Disney's "Pocahontas" would be entirely pointless: "Moana" already remade it (and it did everything better).