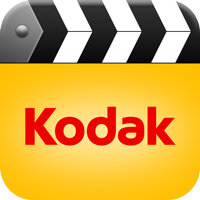 1. "Kodak Inks New Film Supplier Agreement with Fox." By Carolyn Giardina, for The Hollywood Reporter. Kodak announced that it has contracts to supply film stock to six major studios, perhaps quelling fears that celluloid was about to become extinct in the face of digital moviemaking. (But is this really cause for celebration? For a contrarian view, check out the first comment on this Paste Magazine rehash of the story.)

"Film is of course used in many areas, from production to exhibition to archiving. But its position has received particular attention in exhibition, where more than 75 percent of the world’s cinema screens (and 85 percent in North America) are now digital, greatly reducing the demand for film prints. At CinemaCon in April 2012, National Association of Theatre Owners president John Fithian predicted that the domestic distribution of movies on celluloid could cease before the end of 2013. In fact, during that address Fithian reported that Fox had already notified exhibitors of its intent to end film distribution in the U.S. within two years." 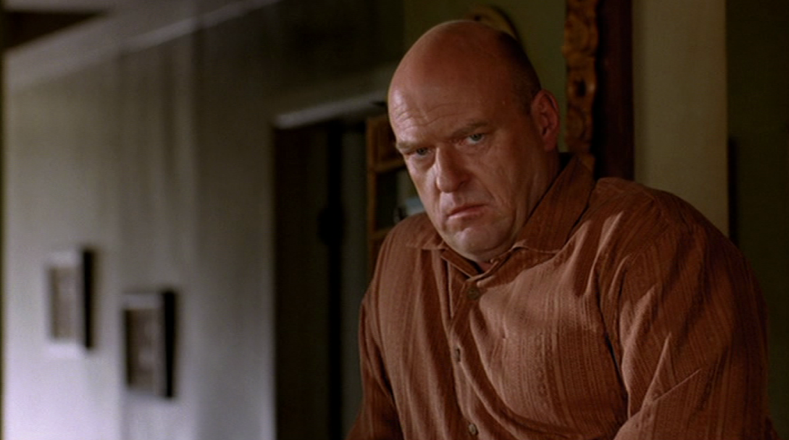 2. "Hands Across the Table." By Adrian Martin, for The Cine-Files. Critic Adrian Martin analyzes the direction, or cinematography, or editing, or whatever it is that makes a certain scene in the ninth episode of Breaking Bad's second season so marvelous.

"The more you look at this entire, almost three-minute scene, the better and more intricate it gets. We can notice, for example, that Hank does his patting gesture, in fact, a grand total of four times: on the detective, on Walter Jr, and twice on Skyler! This is contrasted with the warmer mother-son embrace, viewed from the master-shot’s distance, that sneaks into the final frames of the scene."

3. "The Unique Joy of Film Festivals." By Nashen Moodley for The Guardian. About how seeing a particular film at a festival -- in this case, Takeshi Kitano's Sonatine -- can create an insatiable hunger in a viewer to see "more and more." To read Roger Ebert's review of Sonatine, click here. 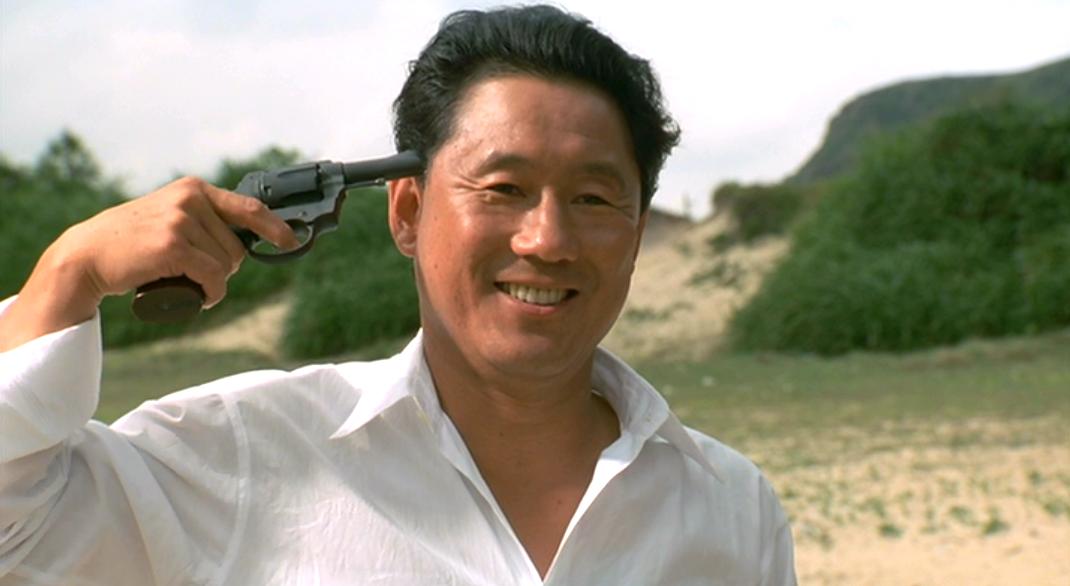 "Films in festivals are not just about the art and the artists. While the thousands of films I've seen at festivals have taught me a lot about cinema, they have also done a great deal to shape my view on and understanding of the world, my political opinions, my attitude to different cultures. If on the screen one can empathise with people of a different cultural background or race or nationality or class, it makes prejudice in real life foolish." 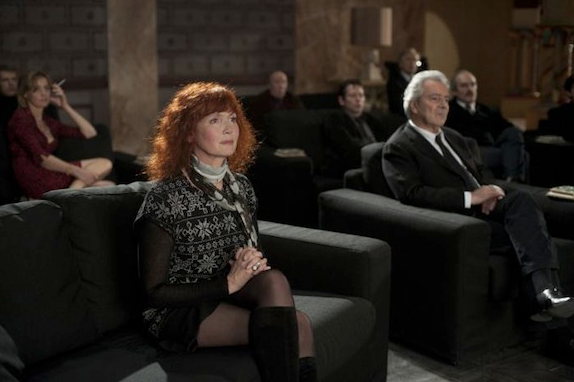 "Thirteen of France’s most celebrated actors—including Mathieu Amalric, Pierre Arditi, Anne Consigny, Anny Duperey, Michel Piccoli, Lambert Wilson, and Sabine Azéma (who is also the director’s wife)—play themselves in a scenario where they are summoned by phone to the funeral of a friend, the (fictitious) playwright Antoine d’Anthac, which is being held at his villa in the mountainside village of Peillon. There, the majordomo (Andrzej Seweryn) seats the guests together in the playwright’s grand salon to satisfy his last request: that they watch a video, hosted by the playwright himself (played by the splendid comic actor Denis Podalydès), in which a young theatre company performs one of his celebrated plays, 'Eurydice,' in which all of the assembled actors had, over the years, performed onstage. But as the performance unfolds on the video (featuring the real-life Compagnie de la Colombe and directed not by Resnais but by the filmmaker Bruno Podalydès), the actors who are watching begin to speak the lines along with the recording. Soon, the villa’s spaces are transformed—by means of Resnais’s digital prestidigitation—into a stage in which the play is spontaneously reprised by its primordial interpreters, who revive their own lives’ memories and passions as they act." 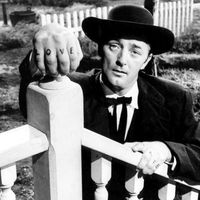 5. "Night of the Hunter and the Horrors of Childhood." By Jed Mayer, for Press Play. “The hunter in the night / Fills your childish heart with fright / Fear is only a dream / So dream, little one, dream.”

"The film is a virtual catalogue of iconic images of childhood fears: closed basement doorways, crescent moons in night skies, empty barns, shadowy attics, dark forests, and treacherous swamps make up Night of the Hunter’s haunted landscapes. One of the film’s most frightening scenes takes place in the Harpers’ basement, when Powell drags the children down to help him find the stolen money. When the supposed cache turns out to be empty, he turns viciously on John, who manages to extinguish the light and overturn a shelf of canning jars on the villain’s head. Powell’s usually sly, seductive patter turns suddenly into an animalistic wail." 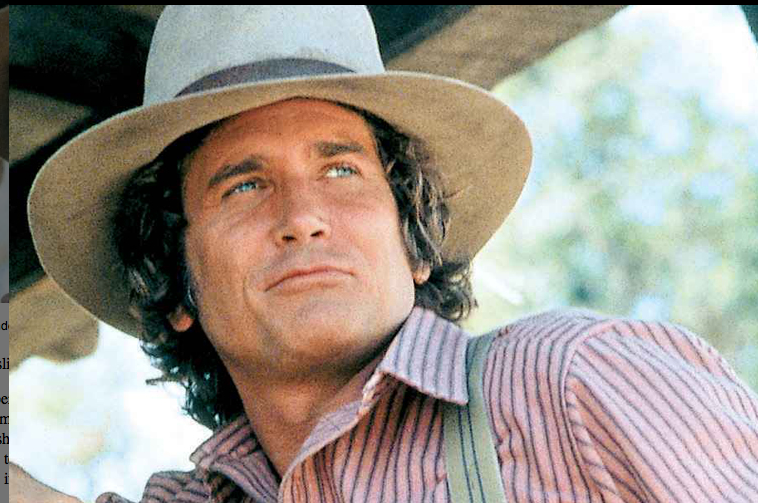