"Joanna Arnow on 'Bad at Dancing,' 'i hate myself :)'": Indie Outlook chats with the acclaimed filmmaker about her fascinating work, including her short film which won the Silver Bear at Berlinale this year.

“The inclusion of your conversations with co-editor Max Karson makes the film even more self-reflexive. [Arnow:] ‘It was later into the process when I realized that I wanted the film to be more about myself. Since I was behind the camera most of the time, I didn’t really have the footage to tell my part of the story. Given the subject matter, I felt that having a voice-over or interviews with myself after the fact seemed a little bit overly self-indulgent. In the meantime, Max and I had been having some arguments and heated conversations about how to present and shape the narrative, so I liked the idea of telling my part of the story by taking a more conflict-driven approach.’ When was it decided that Max would be naked in his scenes? [Arnow:] 'Before we had started filming, he had already been editing naked. So when we started filming it, I had to decide whether I wanted him to always be naked or be clothed, because I didn’t want it to be half and half. I decided that having him always be naked would be better because, for one, something interesting was going on and I wouldn’t want to stop it for the sake of the documentary. [laughs] I also liked the idea of him as a sort of surreal, sage-like figure encouraging me on my arc of becoming more uninhibited and naked, both figuratively and literally. Since we were breaking the fourth wall of the narrative anyway, I thought it would be helpful to have this additional element of the nudity. It makes the break in the narrative less jarring, in a way. Instead of the audience wondering why the film is suddenly including footage of the editing process, they’re more off-balance while trying to understand the naked guy onscreen.’”

“‘Manglehorn’ is a simple story, beautifully and interestingly told. It features Al Pacino’s best performance in decades, as well as a movingly vulnerable Holly Hunter fitting right in amongst the regular inhabitants of Crown Rock, Texas. Pacino plays A.J. Manglehorn, a locksmith mired in depression over his lost love, Clara, plagued by a persistent melancholy but able to find occasional joy in caring for his kitty cat. Estranged from his financially successful son (played so closely to caricature by Chris Messina that it rings true), and pestered with affection by a sketchy, oddball surrogate of sorts named Jacob (Harmony Korine), Manglehorn struggles to bond with a local bank worker (Holly Hunter) as he remains haunted by Clara. Whatever plot exists in the film consists of Pacino’s brilliantly and humanely wrought title character bouncing around small-town Texas like a lost satellite, neither coming to rest nor crashing, just floating around, occasionally soaring, but more often than not bumping briefly and uncomfortably with passing rocks. It is a character-driven film in the purest sense, with moments that feel unprecedented in their aching authenticity of feeling, but of greater importance, it is human-driven, which can’t be said of many Character-Driven dramas, in which there is constantly felt the Presence of a Solid Actor Boldly Going Where Many Have Gone Before and a filmmaker pausing only briefly (and fashionably) to focus on people, superficially, and oftentimes exploiting a region that makes them horny, before moving back into more ‘Cinematic’ territory.” 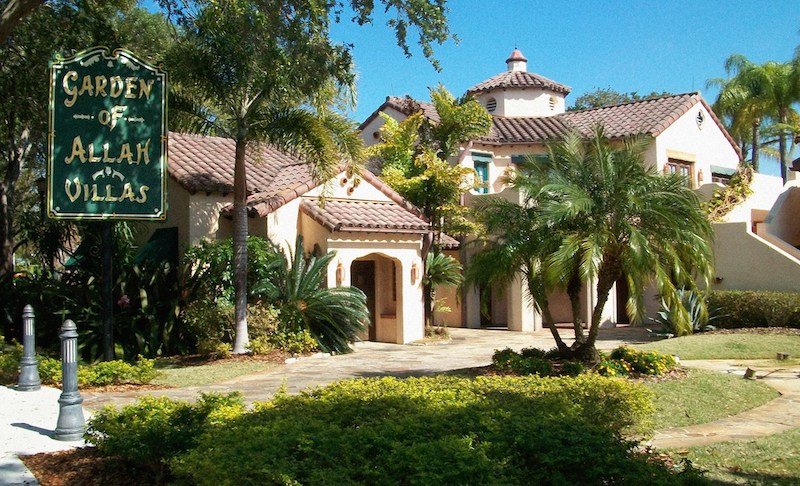 "This hotel kept all the secrets of the rich and famous...until now": GQ's Kirk Silsbee explores the Garden of Allah.

“Over three decades, beginning in the late Twenties, the picturesque oasis at the mouth of Laurel Canyon and Sunset Boulevard served primarily as den of debauchery for some of the world's most famous people. The Garden of Allah was the clandestine pied-à-terre of choice for the film industry's most talented and illustrious transients: writers, actors, directors, producers. When Hollywood wanted to escape the scrutiny of the prying public, it went to the Garden, checked in to one of its picturesque villas, pulled the shades and let its hair down. Hollywood lore is full of wild antics that went way off the meter of legality and acceptable public decorum - but no spot in Tinseltown hosted so much unbridled revelry, shameless behaviour and continual inebriation as the Garden. 8152 Sunset Boulevard, early 1900s: the mansion, then owned by real-estate baron WH Hay, had 40 rooms, with floors of teak and richly carved decorations in rosewood and pale mahogany. In 1918, he leased the estate to famed Russian silent-screen actress Madame Alla Nazimova, who named it the Garden of Alla. Beguiling audiences with her emotive performances in films such as ‘Salomé’ and ‘Blood And Sand,’ the dark beauty was one of the highest-paid film stars of the era. She paid $50,000 for a lease on the three-and-a-half acres when Hollywood was still a small town with undeveloped tracts and plenty of dirt roads. Nazimova immediately commissioned a state-of-the-art swimming pool shaped like the Black Sea - it was the biggest pool in Hollywood at the time, and, of course, a nod to her native Yalta in Crimea.” 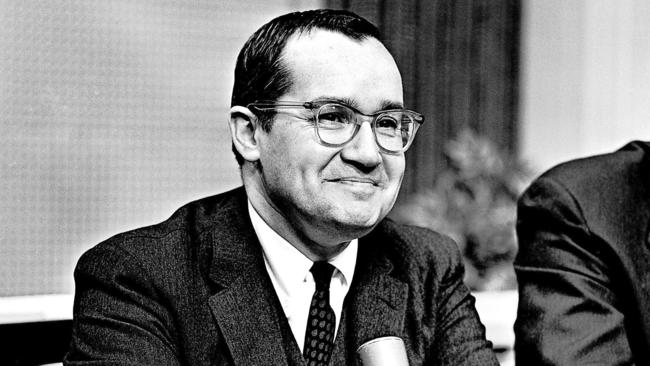 “Newton Minow was the Chairman of the FCC under President Kennedy. He not only is the most famous chairman of the FCC -- he's may likely be the only member of the FCC in U.S. history who most people can even name. And that 50 years after he served That's because of his memorable speech to the National Association of Broadcasters on May 9, 1961, when he described television as a ‘vast wasteland.’ […] One of my favorite passages in this speech came a few sentences later. For any TV executive who might have had their disbelieving nose bent out of joint, Minow added -- ‘Is there one network president in this room who claims he can't do better? Well, is there at least one network president who believes that the other networks can't do better?’ Not surprisingly, broadcasters weren't happy to be told off, though as Newton Minow later told one executive who said that he was such a nice guy but why was he always criticizing them, ‘I don't work for you. I work for the viewers.’ In fact, it was one particularly-annoyed television executive in the production end who help Newton Minow gain another measure of notoriety. In an effect to ridicule the FCC Chairman, when Sherwood Schwartz created his new television series, ‘Gilligan's Island,’ he named the boat that the show's castaways would get stranded from, the S.S. Minnow. (Yes, that's where the name comes from!) I suspect that the effort at insult backfired, since most viewers tend to think of that little beach-wrecked craft, which managed to bring its passengers to safety in a terrible storm, with a certain fondness.” 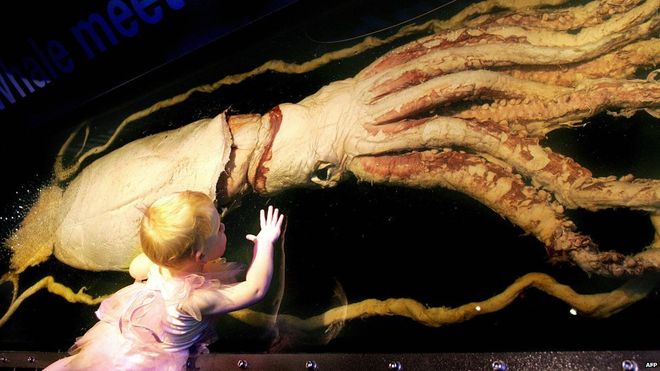 "Our deep need for monsters that lurk in the dark": BBC's Mary Colwell examines our love of scary deep-sea creatures.

“Edith Widder and her colleagues were the first people to successfully film giant squid under water and see first-hand the true character of the monster of the deep. They realised previous attempts to film squid had failed because the bright lights and noisy thrusters on submersibles had frightened them away. By quietening down the engines and using bioluminescence to attract it, they managed to see this most extraordinary animal in its natural habitat. It serenely glided into view, its body rippled with metallic colours of bronze and silver. Its huge, intelligent eye watched the submarine warily as it delicately picked at the bait with its beak. It was balletic and mesmeric. It could not have been further from the gnashing, human-destroying creature of myth and literature. In reality this is a gentle giant that is easily scared and pecks at its food. Another giant squid lies peacefully in the Natural History Museum in London, in the Spirit Room, where it is preserved in a huge glass case. In 2004 it was caught in a fishing net off the Falkland Islands and died at the surface. The crew immediately froze its body and it was sent to be preserved in the museum by the Curator of Molluscs, Jon Ablett. It is called Archie, an affectionate short version of its Latin name Architeuthis dux. It is the largest preserved specimen in the world.” 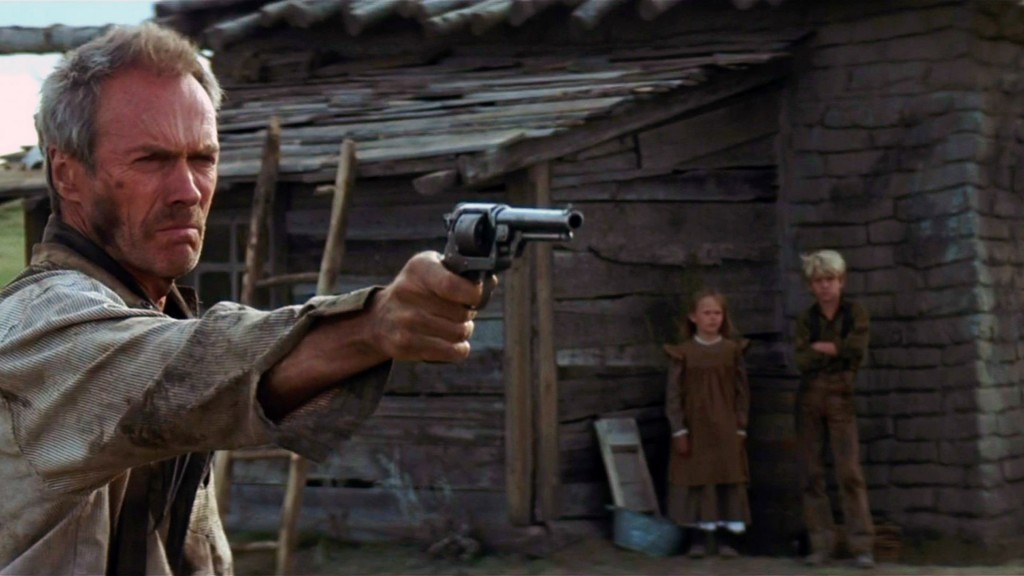 Marcus Rosentrater has composited and mixed all six "Star Wars" films in a video titled, "Star Wars Wars," which clocks in at just over 142 minutes. I believe Marcus has officially earned his Jedi stripes.