"Christine Swanson on 'Love Under New Management: The Miki Howard Story": The acclaimed filmmaker and Ebertfest guest chats with me at Indie Outlook about her hit TV movie, which airs again this Sunday on TV One.

“[Indie Outlook:] ‘The name of your own production company is Faith Filmworks, and you have explored spirituality in other films, including ‘To Hell and Back.’ [Swanson:] ‘I’m a deeply spiritual person, and I try to touch upon aspects of spirituality in my work, even though it’s never my focus. I hate corny Christian movies, but at the same time, I love the great ones that try to explore faith in a real and sensitive way with some cinematic artistry. You want to see a story told well, and that has always been the key for me. I want to tell stories with a sense of texture as opposed to slapping you in the face saying, ‘Think this way! Believe this way!’ Miki is a very spiritual person too, and whenever things got rough while making this project, she’d be the one who would tell me, ‘You’ve got to have faith, it’s gonna be okay.’ When you see the life that she’s had and the person that she is today, I don’t know how one could get through that without a sense of faith or spiritual grounding in something outside of yourself.’” 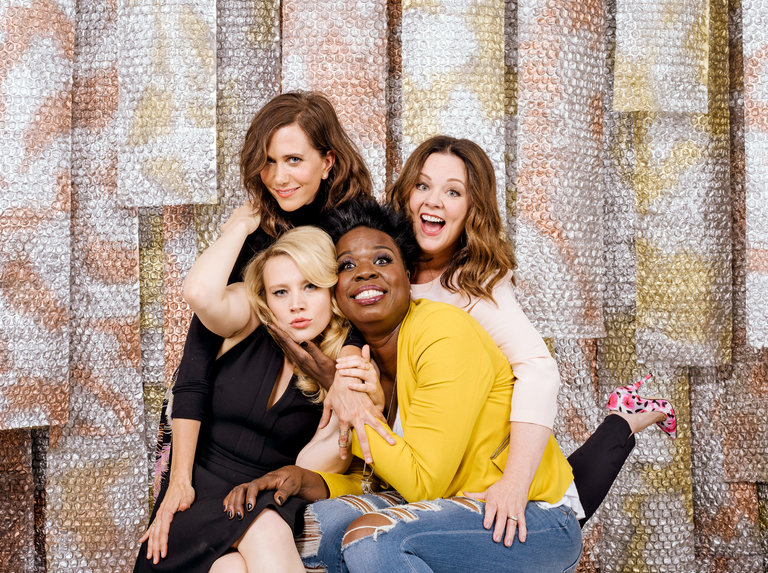 “Not everyone is excitedly anticipating this new ‘Ghostbusters,’ which Sony Pictures will release on July 15. Almost from the moment that its leading women were announced in January 2015, it has been the subject of intense criticism from a subset of prospective moviegoers who, though they have not seen the film, say that it should not have been remade and that its female principal cast is a concession to political correctness. Online, YouTube users have given its trailers more than one million negative votes while clamoring in comments that women simply cannot be Ghostbusters. Even before he declared his presidential candidacy, Donald J. Trump posted an internet video in which he intoned: ‘Now they’re making ‘Ghostbusters’ with only women. What’s going on?’ While some of the ‘Ghostbusters’ stars have pushed back, on social media, against sexist detractors and cries of ‘You’re ruining my childhood!,’ others have refrained from weighing in. But this month, Ms. McCarthy, Ms. Wiig, Ms. Jones, Ms. McKinnon and Mr. Feig gathered here at the Hollywood Roosevelt Hotel to talk about the production and the timely if vehement argument they unexpectedly initiated. As a group, the actresses and their director were at times a goofy, giggling quintet, cracking wise and riffing on one another’s jokes. But they are also passionate advocates of their work and of one another, and keenly aware of what the debate around ‘Ghostbusters’ really says about people’s feelings about gender, onscreen and off.” 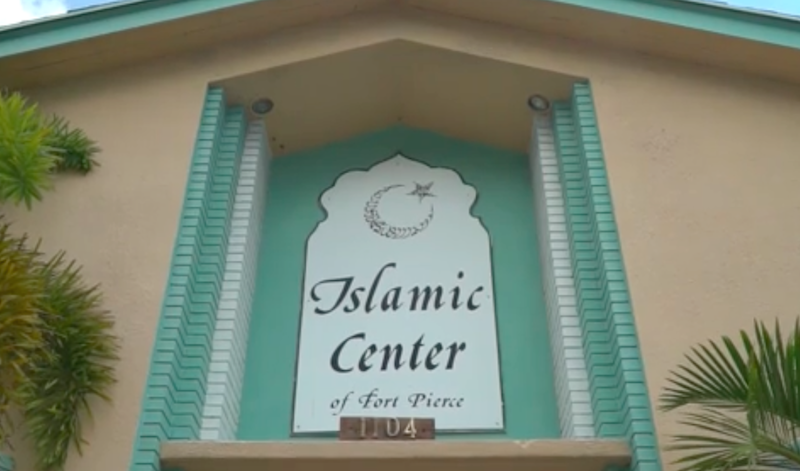 "I reported Omar Mateen to the FBI. Trump is wrong that Muslims don't do our part.": An impassioned essay penned by Mohammed A. Malik in The Washington Post.

“Donald Trump believes American Muslims are hiding something. ‘They know what’s going on. They know that [Omar Mateen] was bad,’ he said after the Orlando massacre. ‘They have to cooperate with law enforcement and turn in the people who they know are bad. … But you know what? They didn’t turn them in. And you know what? We had death and destruction.’ This is a common idea in the United States. It’s also a lie. First, Muslims like me can’t see into the hearts of other worshipers. (Do you know the hidden depths of everyone in your community?) Second, Trump is wrong that we don’t speak up when we’re able. I know this firsthand: I was the one who told the FBI about Omar Mateen. I met Omar for the first time in 2006 at an iftar meal at my brother-in-law’s house. As the women, including his mother and sisters, chatted in the living room, I sat with the men on the patio and got to know him and his father. Omar broke his Ramadan fast with a protein shake. He was quiet — then and always — and let his dad do the talking. I’d seen them before at the oldest mosque in the area, the Islamic Center of Fort Pierce. We have a lot of immigrants in our community. They grew up in other countries, often with different sensibilities. A few don’t understand American culture, and they struggle to connect with their American-born or American-raised kids.” 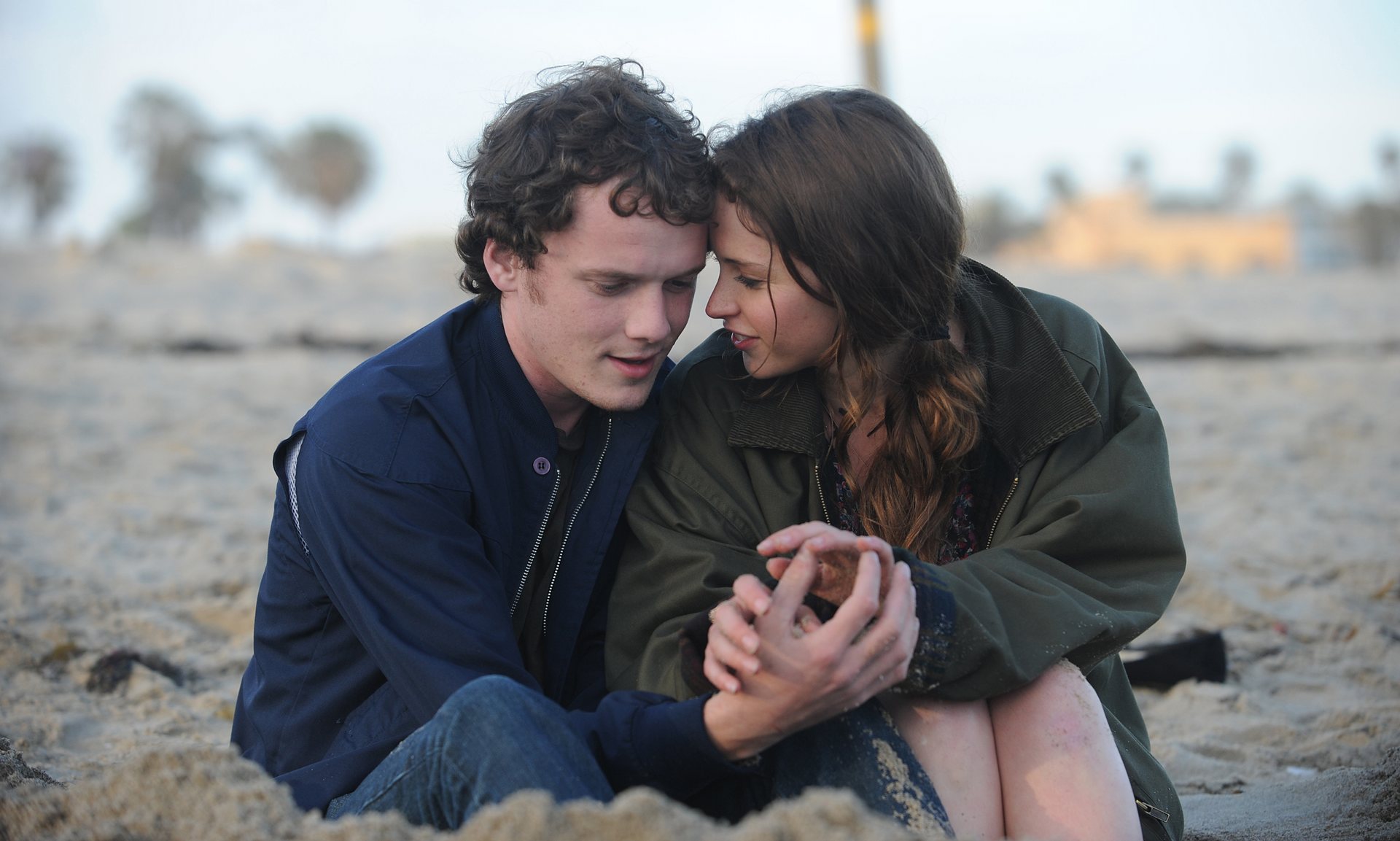 “In some ways, Yelchin’s finest hour as an actor, the movie that most heartbreakingly shows what he could have been capable of doing, was Drake Doremus’s long-distance love story ‘Like Crazy’ from 2011. Yelchin is Jacob, a young American guy who falls for a Brit college student Anna, played by Felicity Jones, while she fatefully outstays her visa to pursue their passionate affair. They are forced apart by this act of lawbreaking, and while separated, Sam begins another relationship with a co-worker, played by Jennifer Lawrence. It was a performance which emphasized Yelchin’s sheer youth: a performance concerned to show youth as it is actually experienced in real life, rather than in the movies or TV – a youth of quarterlife career angst, full of bewilderment at the scary permanence of life-choices. Before this, Yelchin commanded huge affection for one of his early roles, at the age of 18: Charlie Bartlett in the film of the same name, playing a rich kid who offers his services as psychiatrist to the student body. Later, in 2011, the same year as ‘Like Crazy’ he had a cute role in the remake of ‘Fright Night,’ playing the kid who realizes that the guy who has moved in next door (Colin Farrell) is a vampire.” 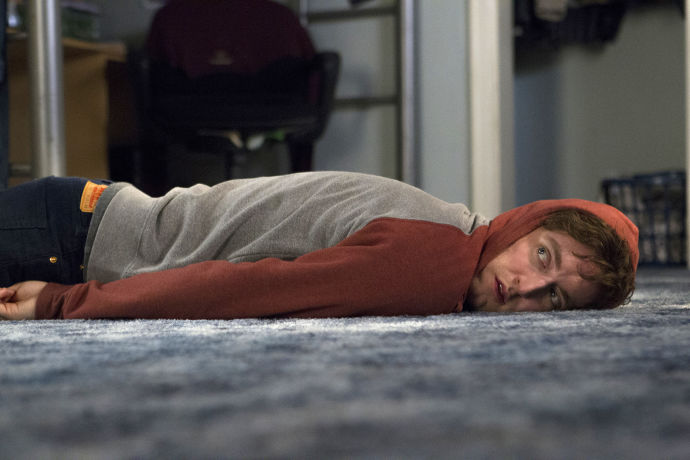 “‘Silicon Valley,’ now in its third season, is one of the funniest shows on television; it is also the first ambitious satire of any form to shed much light on the current socio-cultural moment in Northern California. The show derives its energy from two semi-contradictory attitudes: contempt for grandiose tech oligarchs and sympathy for the entrepreneurs struggling to unseat them. In the pilot episode, Richard Hendricks, a shy but brilliant engineer, designs a compression algorithm—an ingenious way to make big files smaller. He later turns this innovation into a company, which he insists on calling Pied Piper. (Richard: ‘It’s a classic fairy tale.’ Employee: ‘It’s about a predatory flautist who murders children in a cave.’) As his company grows, Richard becomes a nerd David beset by Goliaths: duplicitous board members, corporations trying to steal his intellectual property. Can he succeed without compromising his values? The deep irony of Richard’s situation—that his ultimate goal, presumably, is to become a Goliath himself—either has not yet come up in the writer’s room or is being tabled for later. ‘Real startups go through all the shit you see on the show, as well as even crazier s—t,’ Roger McNamee, a venerable venture capitalist and a consultant to the show, told me. ‘If anything, the writers might have to leave out true things in order to seem more realistic.’” 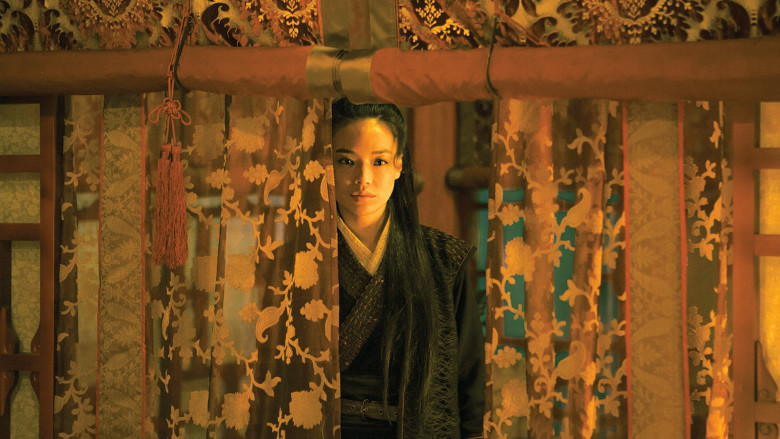 Cinematographer Mark Lee Ping-Bing, whose work will be featured in a new MoMA retrospective, reflects on his career with Indiewire's Chris O'Falt.

An eyewitness to the Lincoln assassination appeared on a 1956 episode of "I've Got a Secret."